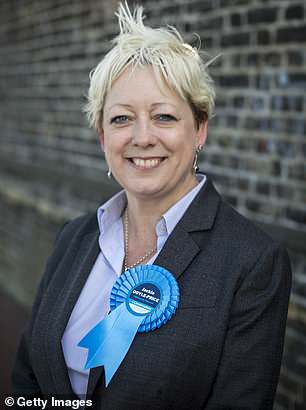 Theresa May appointed Jackie Doyle-Price to the post last night in what is believed to be a world-first.

Mrs Doyle-Price, a Health Minister, will lead the national effort and try to end the stigma which stops people from seeking help.

But in a revelation that will spark questions about her appointment, it today emerged that she quipped about jumping off the notorious suicide spot.

Speaking in 2014, the Tory MP for Thurrock said she would ‘rather jump off Beachy Head’ than defect to Ukip.

Her remark came amid reports that she was one of the Conservatives who was ready to defect to the party at the time.

Her local newspaper, the Thurrock Gazette, asked her about the possibility that she could walk out of the Tory Party.

She told them: ‘I would sooner jump off Beachy Head than join Ukip.

‘I am a Conservative. I have never run away from a fight and I am not going to start now. The stakes are too high.

Her comments resurfaced this morning, on World Mental Health Day, and just hours after her new appointment was announced by the Prime Minister.

Around 4,500 people take their lives every year in England and suicide remains the leading cause of death among men under the age of 45. 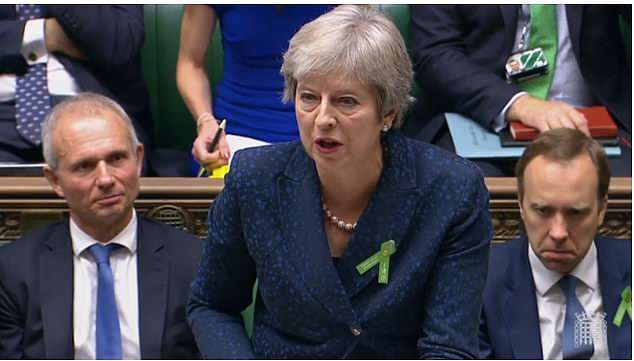 Commenting on her appointment, Mrs Doyle-Price, whose title is now Minister for Mental Health, Inequalities and Suicide Prevention, said: ‘I understand how tragic, devastating and long-lasting the effect of suicide can be on families and communities.

‘In my time as health minister I have met many people who have been bereaved by suicide and their stories of pain and loss will stay with me for a long time.

‘It’s these people who need to be at the heart of what we do and I welcome this opportunity to work closely with them, as well as experts, to oversee a cross-Government suicide prevention plan, making their sure their views are always heard.’