Why do trusting, yearning women looking for love – like me – always allow men to fleece us before they forget us? JACI STEPHEN’S brave confessions of the heartbreaking pigs who’ve hurt her… AND her bank account

No, money can’t buy me love. If only my six-year-old self, in 1964, had been wise enough to heed The Beatles.

Because six decades later, I’m still pondering just why I’ve squandered so much of my well-earned money on men. Travel, gifts, hotels, tickets for sports games, concerts… I’ll be honest: there was seemingly no end to what I wouldn’t do in order to hang on to the scraps of affection I invariably had in return.

No, I wasn’t after diamonds and pearls; I just wanted to love and be loved. Alas, that invariably came at a cost, both literally and metaphorically.

The Four Weddings and a Funeral director and writer Richard Curtis once told me that all his movies were about just one thing: how DO you find the right person to love?

He and I met on a Virgin Atlantic flight in 2008, when I had just paid for an expensive ticket from the UK to LA after deciding I wanted to live in the USA. You see, I was in pursuit of a man who had given me all the signs he was interested.

‘You belong in Hollywood!’ my admirer enthused, having seen samples of my writing. ‘I love you already! You are the best!’ I was on that flight quicker than you could say Beam me up, Scottie.

When I arrived, the guy had failed to mention that he would actually be in China.

Complete waste of money. No, he hadn’t literally taken it from me, but he had encouraged me, on the back of a Hollywood dream, to empty my bank account.

But let me say that I like men. Some of my best friends are men. I’ve worked predominantly with and for them all my life, and also I’m a heterosexual woman – yes, WOMAN, and proud to say it – who goes by the pronouns she/her. I know it’s a little eccentric in this day and age, but that’s just how I am. Live with it. 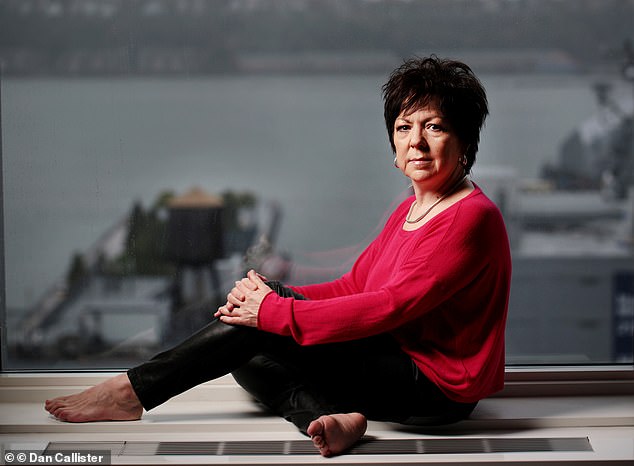 No, money can’t buy me love. If only my six-year-old self, in 1964, had been wise enough to heed The Beatles. (Above) Author, Jaci Stephen

But my life experience in the romance department tells me that men are the very last thing I should have in my life, as every new relationship has depleted my bank balance considerably.

Why do women (and my research reveals that it is predominantly women) do this?

Are we just natural carers? Or do we think that the more we give, spend, or, in a couple of my cases, lavish upon men, will be enough to keep them?

I watch a lot of TV court shows in the States, although my favorite, Judge Alex, is no longer on the air. I watched him in case after case, despairing of women who paid men’s bills, bought them expensive cars, or gave them money as ‘loans’, only to be mystified when they (a) didn’t see any emotional, let alone practical investment on their return, and (b) the guy was having an affair with Candice from down the road – who was invariably the woman’s best friend or sister.

Judge Alex sees it quite simply: women do it ‘because they think they can buy love and affection. They want to keep the guy and they think by buying him stuff he will stay.

I remember telling one woman, ‘If you think that buying your guy a truck, a boat and a jet ski will get him to stay, you’re wrong. He’s just going to leave better equipped; driving the truck, pulling the boat and with the jet ski in the truck bed.’

Yes, and doubtless parked outside Candice’s with the lot.

It’s a basic truth, he says: ‘Anyone who loves you, loves you regardless of whether you give them gifts or not.’ How I wish I’d met Judge Alex 40 years ago.

Being taken advantage of financially is not, of course, confined to women, and doubtless there are many men who have been ripped off, too; we just don’t hear as much about them because, says Judge Alex, ‘they are too embarrassed to complain about it; probably for fear of appearing weak.’ 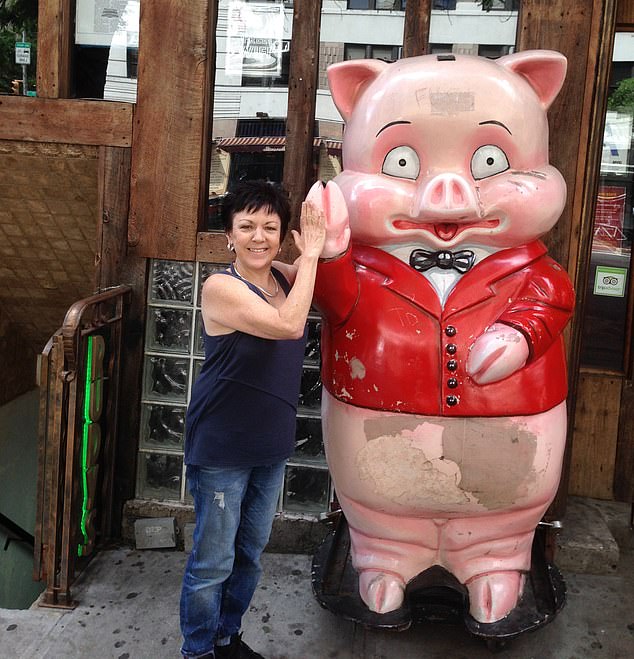 My life experience in the romance department tells me that men are the very last thing I should have in my life, as every new relationship has depleted my bank balance considerably.

I was in one relationship in which Bill (I won’t use his real name) told me he wanted to live with me, but I would have to rent the apartment (with a garden big enough for his dog) and buy all the furniture. He specified pine – well, it was the late Eighties.

I installed practically an entire pine shop in a three-bed home, only for him to bail on me two weeks into the lease.

Yes, stupid of me, I know; I don’t need to be told that. But I was 30 and thought I was in the Last Chance Saloon of love.

I dated my dentist for a while – and didn’t even get a deal on veneers.

I bought him an expensive chess set, paid for every meal, and even took him and his kids to the live set of a TV show (he was divorced).

One morning, he rang me to say he had come out in a facial rash that he thought was stress-related and wouldn’t be able to see me again.

My last serious boyfriend (let’s just call him the Monster) ended when, in pursuit of a Green Card he went off with a nurse from Boston.

Within the space of five months, I’d lent him thousands of dollars, treated him to great expensive vacations, entertained him and his friends practically every day in over-priced restaurants, only to be treated like dirt.

He once sent over a bottle of Bollinger Champagne to a group of women he liked the look of at another table – on my bill.

Four years ago, the Monster got in touch on Twitter – broke, and with marriage to the nurse in tatters after he had spent a night in jail after they got into a fight.

‘Why contact me?’ I asked. ‘Because I thought you’d understand.’ Luckily, his sister had already called me to warn me that he was tapping up old friends for money.

And I know it’s not just me.

One friend – let’s call her Clare – fell madly in love with an actor who was in work when they met. Shortly after she moved him into her house, he was out of work again and she had debt collectors knocking at her door, trying to track him down for years of unpaid bills.

Clare paid for everything for him not, she says, because she was trying to buy love – but because she thinks that women are, by and large, nurturers, and also very trusting.

She started to smell a rat when he tried to persuade her to cash in her pension.

These days, I am not so trusting and the one thing I would never do again is lend money to a man. I got all mine back from the Monster by subtly writing about him in print, and his Catholic mother was guilt-tripped into giving it all back.

I remember just after I met him, saying to a friend: ‘He’s not funny, bright, interesting, attractive, and the sex is awful.’

Maybe, what we’re all doing, is, as Richard Curtis says in his movies, just looking for the right person to love. Some people are clearly just better at preserving their bank balances while they do so.