San Felice Circeo, Italy: The inhabitants of a hilltop town in Italy are in revolt after the descendants of a Swiss aristocrat revived their claim for payment of an obscure feudal tax.

Locals in San Felice Circeo, a picturesque town between Rome and Naples overlooking sandy beaches and dramatic cliffs, have been told they owe thousands of euros as a result of a medieval levy long forgotten. 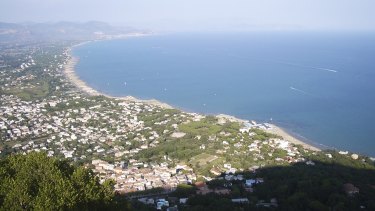 San Felice Circeo where residents are fuming about a proposed tax.Credit:Egnoka/CC

The demand is being made by six descendants of Giovanpaolo James Aguet, a Swiss baron who bought the rights to the levy, known as a fief, in 1898. Dating back centuries, the fief passed from the Papal States, which ruled much of Italy, to the Kingdom of Italy after the country was unified in the 1860s, and then to the baron.

His heirs intend to levy an annual charge on properties in the seaside town, claiming arrears for the past five years that in some cases amount to €35,000 ($55,000).

Around 1500 furious residents are clubbing together to fight the charges.

“It’s absurd that we are even discussing feudal rights that should have died out centuries ago,” Mario Montalbano, a surveyor who has received a payment demand, said. “We are getting organised. The battle is just beginning.”

The levy has not been imposed for at least 60 years. “They have just recently woken up to it,” he said. “They must be strapped for cash.”

Bianca Maria Menichelli, a lawyer for the heirs, denies the fief is anachronistic. “It’s not anachronistic to insist a legal right is exercised, even if it does date back several centuries,” she said.

“These rights were maintained when they passed from the Papal States to the Kingdom of Italy. All this is legitimate – it is not something they have invented.”

None of that has gone down well in the town that derives its name from Circe, a vengeful sorceress who according to legend turned Odysseus’s men into pigs as he returned from the Trojan War.

The feudal arrangement is so unusual it has prompted questions in parliament. Last year, MPs asked the economy minister if there were legal avenues to abolish the “burden”.

“I think even Circe would have been furious over what the family are asking for,” Montalbano said. “Let’s hope she can cast a few spells on them.”