Irish Rail worker who is paid £105,000 a year to ‘read the paper, eat sandwiches and go for a walk’ takes his employers to court because he’s so bored

A finance manager at Irish Rail in Dublin says his duties were dramatically reduced after he made a protected disclosure nine years ago and that he now spends most of his time at his £105,000-a-year job reading newspapers, taking long walks and eating sandwiches.

Dermot Alastair Mills was giving evidence in a hearing yesterday into his complaint under the Protected Disclosures Act 2014.

He alleges that he was penalised as a whistleblower after discussing concerns about some accounting matters at the railway operator in 2014.

‘I’d say if I got something that requires me to do work once in a week I’d be thrilled,’ Mr Mills told the Workplace Relations Commission (WRC). 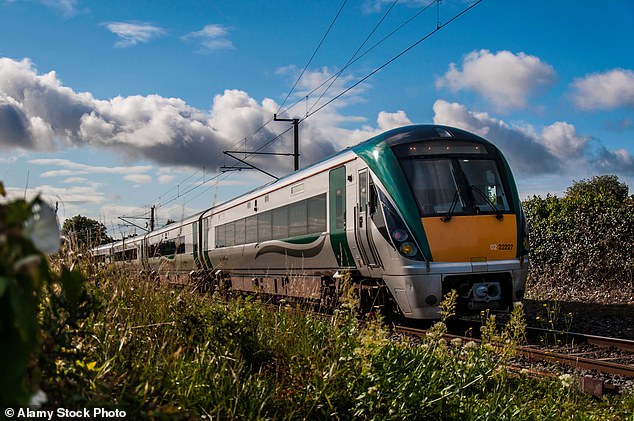 Pictured: Intercity train in Ireland (file photo). Irish Rail does not contest that Dermot Alastair Mills made a protected disclosure but argues that it did not penalise him. Mr Mills was giving evidence in a hearing yesterday into his complaint under the Protected Disclosures Act 2014

Irish Rail does not contest that Mr Mills made a protected disclosure but argues that it did not penalise him.

It said the WRC only has jurisdiction to rule on the extent of any alleged penalisation as it relates to the failure of Mr Mills to gain a more senior post during a 2018 recruitment process.

Mr Mills’s representative, former Irish Rail HR chief and industrial relations consultant John Keenan, said his client was still being penalised in his continuing employment because of the alleged reduction of his duties.

Mr Mills gave evidence that he was handed responsibility for capital budgets worth around £216,000 from the turn of the millennium up to the economic collapse in 2006 and 2007.

He added that he reported to the Irish Rail board, took part in board sub-committees, and was promoted in 2010.

However, he said after that he had been ‘bullied’, causing him to take three months’ sick leave in 2013.

He said he only returned to the role that year after agreeing with the company that he would have the ‘same status, same seniority [and] same salary’. 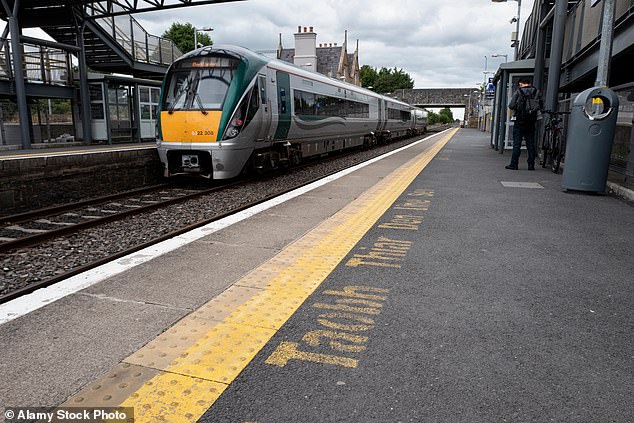 Mr Mills said he was paid the same salary and was told he would have responsibility as a finance manager accounting for the company’s debt account, fixed assets worth billions, and preparing a report for the government.

He said this left him ‘in practice’ solely managing a debt portfolio worth £6.9m when he started, which has now been reduced to £35,000.

‘There were certain issues with debtors and I saw certain things. I tried to raise red flags all over the place,’ Mr Mills said.

He said he had written to the Irish Rail chief executive to make a ‘good faith’ report in March 2014, before making a protected disclosure to the Transport Minister in December that year, after the whistleblower law was activated.

‘I started off with what seemed like a reasonable remit in 2013 and 2014. Slowly but surely it was hacked down to nothing,’ he said.

He said he was ‘isolated’ at his job site at the Inchicore railway works in Dublin almost nine years since first raising an issue.

‘I either work from home or go into the office – two days at home, three days in the office,’ he told the Workplace Relations Commisison at a hearing yesterday.

‘If I go to the office, I go in for 10am. I buy two newspapers, The Times and The Independent, and a sandwich.

‘I go into my cubicle, I turn on my computer, I look at emails. There are no emails associated with work, no messages, no communications, no colleague communications.

‘I sit and I read the newspaper and I eat my sandwich. Then about 10.30am, if there’s an email which requires an answer, I answer it. If there’s work associated with it, I do that work.

He said he goes for lunch at 11.30am or 12.30pm and spends ‘an hour or two’ walking around Inchicore before returning to work around 2.30pm or 3pm.

‘If there’s nothing to be done, I go home,’ Mr Mills said.

‘Yes – when I say to do nothing, I mean to not use my skills,’ the complainant replied.

Mr Mills said he had been blocked out of training opportunities and company meetings since making the protected disclosure and that this worked against him when he was interviewed for a more senior role in the summer of 2018.

He said he believed two of the three interviewers on the panel were aware that he had made the protected disclosure ahead of him informing them that he had.

Counsel for Irish Rail, Tom Mallon, said the company was of the position that none of the interviewers had been aware of the protected disclosure.

He said the complainant had written an email in January 2016 about being ‘excluded from training and meetings’ and suggested the company was discriminating against him on the basis of ‘age and nationality’.

‘I had no reason to think why I was being discriminated against. I was not being given any answers – that was one of the ways I thought I might get an answer,’ Mr Mills said.

‘You had no evidence,’ Mr Mallon said.

‘You’re absolutely correct I had no evidence and that’s why I never brought a claim under equality legislation,’ Mr Mills replied.

Mr Mallon suggested to the complainant that he had been ‘looking around for some way to explain your position without looking at yourself’.

‘If you’re saying I’m looking for an excuse for the bad treatment – I didn’t know why I was being treated so badly by the company,’ Mr Mills said.

He added that a later email in August 2016, in which he brought up the protected disclosure, was not an ‘assumption’, as Mr Mallon held, but that he had ‘evidence’ for that.

Adjudicating officer Penelope McGrath heard an application for a witness summons by the complainant side and said she would invite the employer side to ask the witness to appear voluntarily before she would consider giving out a summons.

She closed the hearing and adjourned the matter.

The case is not expected to have its next hearing before February.