An investment firm has been forced to pull its provocative advert of Theresa May looking ‘sexy’ following widespread accusations of sexism.

The cartoon of the Prime Minister showed her winking while wearing a low-cut top which exposed her breasts, red lipstick and a pearl necklace.

Along with the picture, it contained the caption: ‘Her deal or yours? Make the markets your own on a historic day for Brexit.’

Capital.com’s advert was accused of ‘everyday sexism’ by people on social media 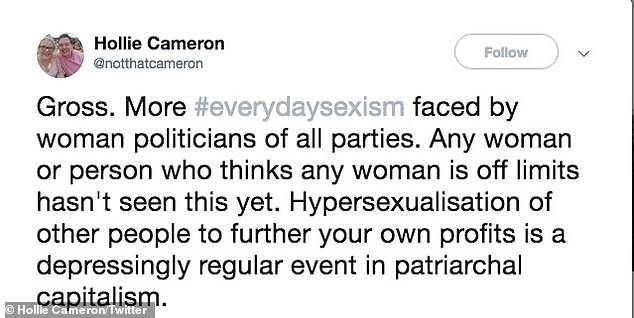 Hollie Cameron wrote one of the most damning critcisms of the advert, claiming it was an examples of ‘everyday sexism’

Anastasia Za tweeted: ‘Not quite sure who this “sexy Theresa May” image is meant to appeal to.’

‘Any woman or person who thinks any woman is off limits hasn’t seen this yet. 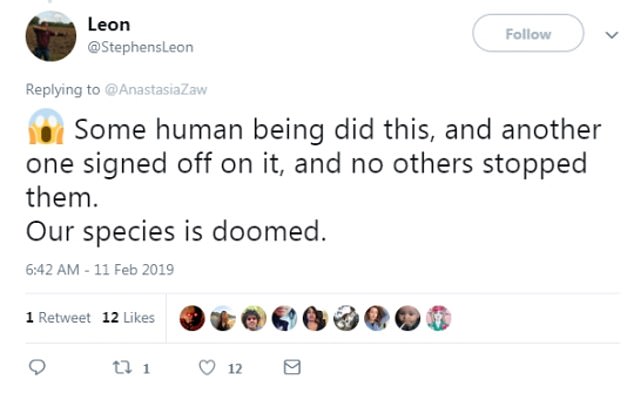 People were quick to condemn the advert on social media, even claiming humans were ‘doomed’

‘Hypersexualisation of other people to further your own profits is a depressingly regular event in patriarchal capitalism.’

Another posted a picture of Homer Simpson pouring bleach in his eyes.

Despite accusations of sexism, there were some on social media who appeared to like the advert. 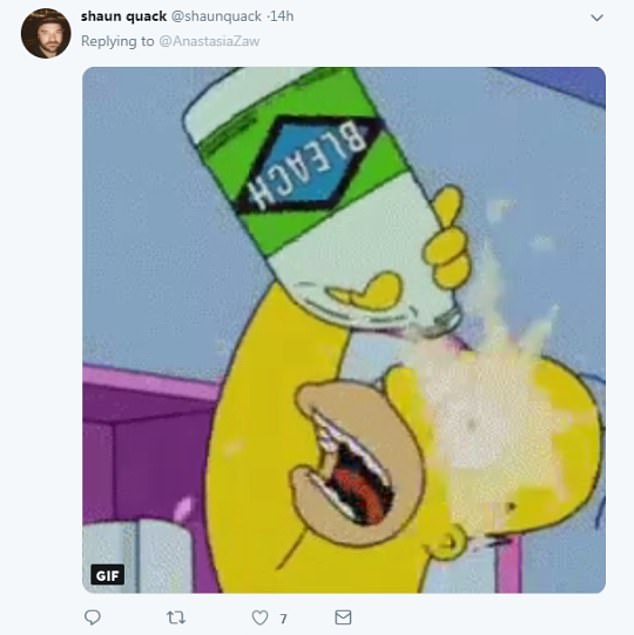 Others poked fun at the advert, posting memes of Homer Simpson pouring bleach into his eyes

Velobin said: ‘Is she having some kind of stroke or is that supposed to be a wink?’

AKwooly said: ‘Is that how she lures unsuspecting men, so she can withdraw their blood and extract their soul?’

Capital.com has since removed their new campaign and apologised for the advert which is meant to promote their mobile app.

A spokesman said: ‘We recognise that an advertisement posted on global media channels by Capital.com, featuring a caricature image of Theresa May, has upset some people.

‘It was not our intention to cause any offence and we apologise for any harm or insensitivity. We made a mistake.

‘The advert has been immediately withdrawn and terminated.’