A Bank of England policymaker has warned that low interest rates could last for another 20 years, despite rising official borrowing costs.

Ian McCafferty, who sits on the Bank of England’s monetary policy committee, said borrowers should expect rates to stay well below 5 per cent, even though borrowing costs may rise in the near future.

In a valedictory interview Mr McCafferty said savers should be prepared for ‘significantly’ lower interest rates than in the years before the recession.

It also emerged that only one in 100 banks and building societies have passed on last week’s interest rate rise to customers. 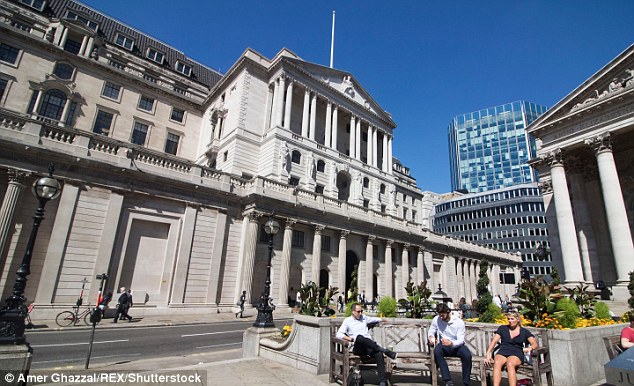 A Bank of England policymaker has warned that low interest rates could last for another 20 years, despite rising official borrowing costs

Mr McCafferty told the Guardian: ‘It is too much to say never, that we won’t ever go back. But there is a 20-year horizon under which there will be factors keeping it low.

‘If the economy continues to evolve as we [the MPC] expect, we are not going to get back to 2 per cent inflation unless we have a modest but gradual reduction in the stimulus that has been provided.’

Mr McCafferty, who is set to leave his post later this month, also said wages could increase by almost four per cent by next year.

He said the increase was due to labour shortages, as Britain’s unemployment rate fell to its lowest in more than 40 years.

He said: ‘The labour market has shown significant signs of tightening in recent months. Surveys and other measures are pointing to labour shortages as a constraint on output growth.’

The outgoing MPC member said there could be two rate rises in the next two years. 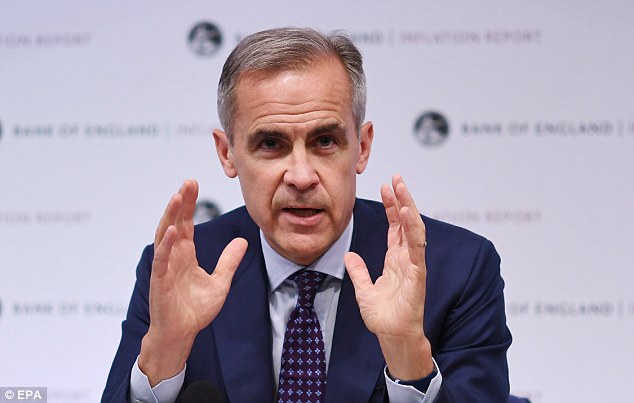 Mr McCafferty’s forecast came as it was revealed only one out of 100 banks and building societies had passed on the recent interest rate rise to its customers.

Beverly Building Society was the only one to pledge to match the Bank of England’s base rate of 0.75 per cent.

While HSBC and Barclays have increased their mortgage costs by the rate rise, they have yet to pass on the increase to savers.

Lloyds and RBS are also yet to raise interest rates for its customers while only Santander of the ‘Big Five’ banks has announced it will pass on the 0.25 per cent rise.

The Financial Conduct Authority could intervene to force banks to pay a minimum interest rate, the Times reported.