Where YOU can Eat Out to Help Out: Interactive map reveals 72,000 restaurants in Rishi Sunak’s scheme… but desperate scramble sees hundreds of eateries ALREADY fully-booked on Monday to Wednesdays

Millions of Britons have been making the most of the Government’s half-price meals out scheme in the past week.

And now an interactive map has made it easier to find the locations of the 72,000 pubs, cafes or restaurants taking part in Eat Out to Help Out, which was used more than 10.5million times in its first week.

The scheme, launched to boost the struggling hospitality sector, entitles diners to 50 per cent off on a meal out on Mondays, Tuesdays and Wednesdays this month. The discount is capped at £10 per head.

Figures from HM Revenue and Customs showed 10,540,394 claims were made in the first three days of the scheme last week, with diners getting £53.7million off their food – an average of £5 per head.

Esri UK, a mapping and analytics company with customers including TfL, Aviva and EE, created the interactive map to help the public find the nearest establishments using its Nearby App software.

Demand has been so high that some restaurants are now fully booked for the first three days of the week, with hopeful diners reporting difficulties in finding a table at any of their local spots.

One tweeted: ‘Nobody can moan that this Eat Out To Help Out hasn’t worked. Literally just drove to about seven different restaurants in Essex and all were completely fully booked. Except me anyway – I can moan as I’m fuming.’

Another said: ‘Eat Out To Help Out is clearly working… not a table to be had in town for tonight.’ Other restaurants tweeted that they were now ‘fully booked’ although some said they still had space at lunchtime.

The Treasury put aside £500million for the policy, and Chancellor Rishi Sunak described the take-up as ‘amazing’ and said Britons were eating out in ‘big numbers’, supporting nearly two million people employed in the sector.

Mr Sunak said: ‘Britons are eating out to help out in big numbers. And they aren’t just getting a great deal – they’re supporting the almost two million people employed in this sector. These amazing figures show that our plan for jobs is delivering.’

But not everyone shared the Chancellor’s enthusiasm. The reluctance of many white collar workers to return to the office has been blamed for fuelling the crisis on the High Street.

Q&A: When is Eat Out to Help Out on and do I need a voucher?

When is it available?

It runs every Monday, Tuesday and Wednesday from August 3 to 31.

A 50 per cent discount when you eat in up to a maximum saving of £10 per diner. The business reclaims the value of the saving from government.

What establishments can take part?

What are the restrictions?

No discount on alcoholic drinks or service charges.

Do I need a voucher?

No. The discount will be automatically applied by the participating outlet. The saving can be used alongside other offers and discounts.

How do I find participating outlets?

What about chain restaurants?

Pret A Manger and WH Smith, which rely heavily on commuters, have been among those to announce major job cuts. This is one of the reasons why Boris Johnson and Mr Sunak has pleaded with people to go back to the office.

John Longworth, the former chair of the British Chambers of Commerce who now runs the Independent business Network, said: ‘From my experience restaurants were rammed at the beginning of the week so people could take advantage of £10 off a meal.

‘But there are millions who refuse to go back to work because they are enjoying the ill-conceived furlough scheme, or are unreasonably frightened of coming back to office.’

Between Monday and Wednesday – the first days of the half price meal offer – footfall rose almost a fifth after 6pm across High Streets, shopping centres and retail parks.

Meanwhile the boss of food delivery giant Just Eat Takeaway.com said today that the Government’s scheme has not damaged his business.

Chief executive Jitse Groen said that, despite takeaways being excluded from Eat Out To Help Out, he is seeing little effect.

‘Food delivery is rarely in direct competition with restaurant visits, and that doesn’t change under these circumstances,’ the Dutch boss said on a call with the press this morning.

Restaurants have limited capacity because they can only seat a certain number of people, he said. ‘We don’t believe that there will be a material impact on our figures because of these relief measures from the UK Government.’

Mr Groen said he was not personally upset that the Competition and Markets Authority cleared Amazon to take a stake in its UK rival, Deliveroo.

But he added: ‘I am an entrepreneur, I don’t particularly care who’s competing with us. I think the UK consumer should be upset that that happened. And that has nothing to do with Deliveroo, that has something to do with Amazon.’

Just Eat Takeaway.com processed around 257 million orders in the first six months of the year as takeaway companies supplied food to people in lockdown.

The company said that had pushed up its revenue, while it added a record number of new restaurants and customers to its system. 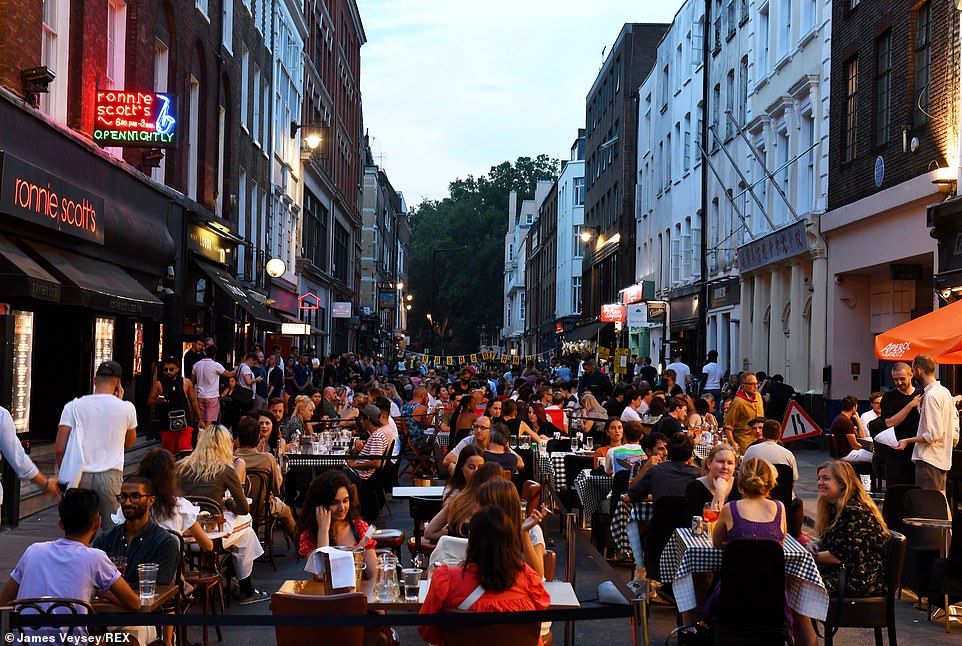 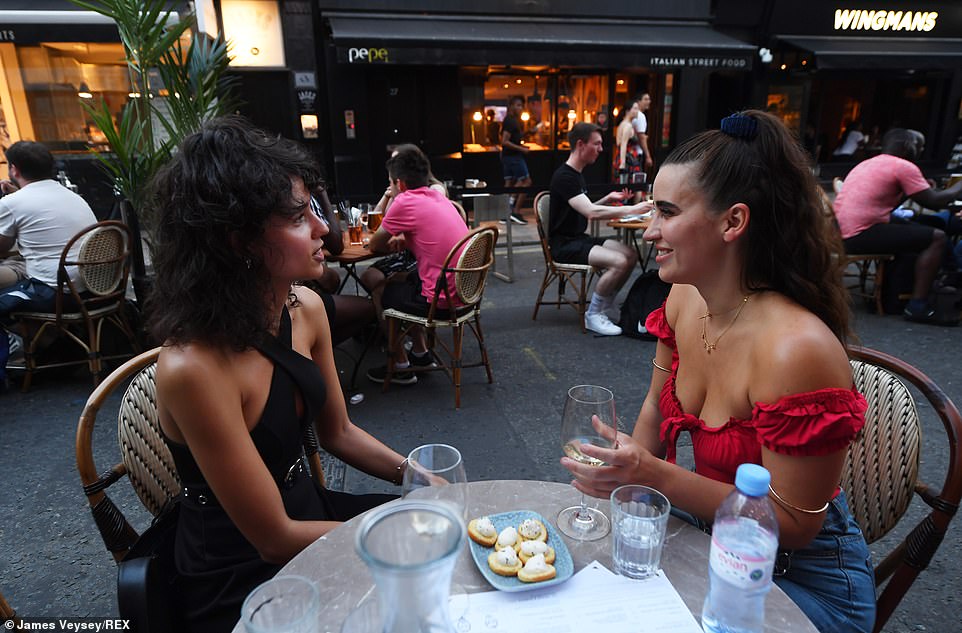 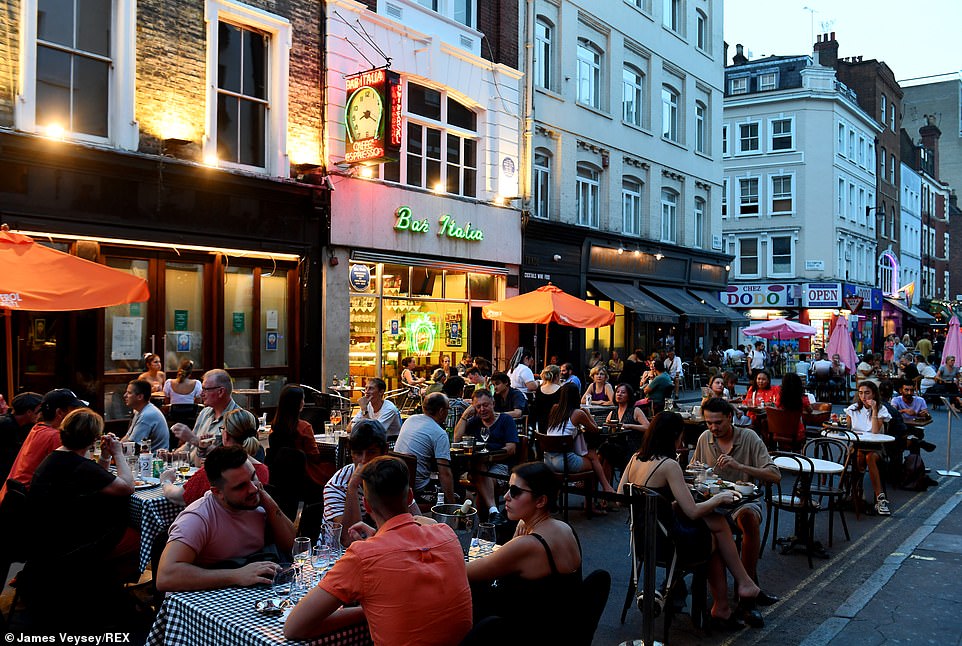 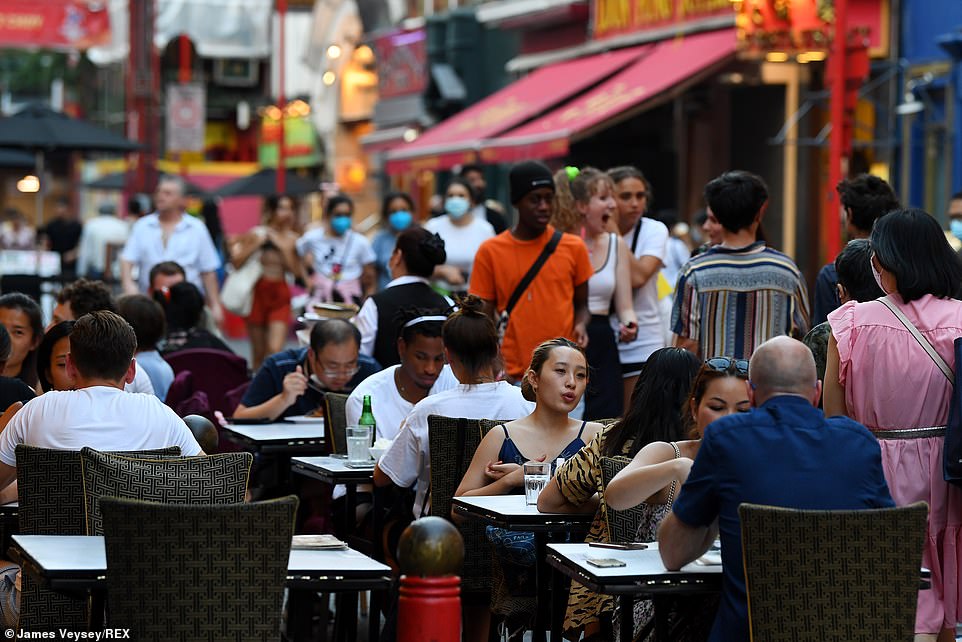 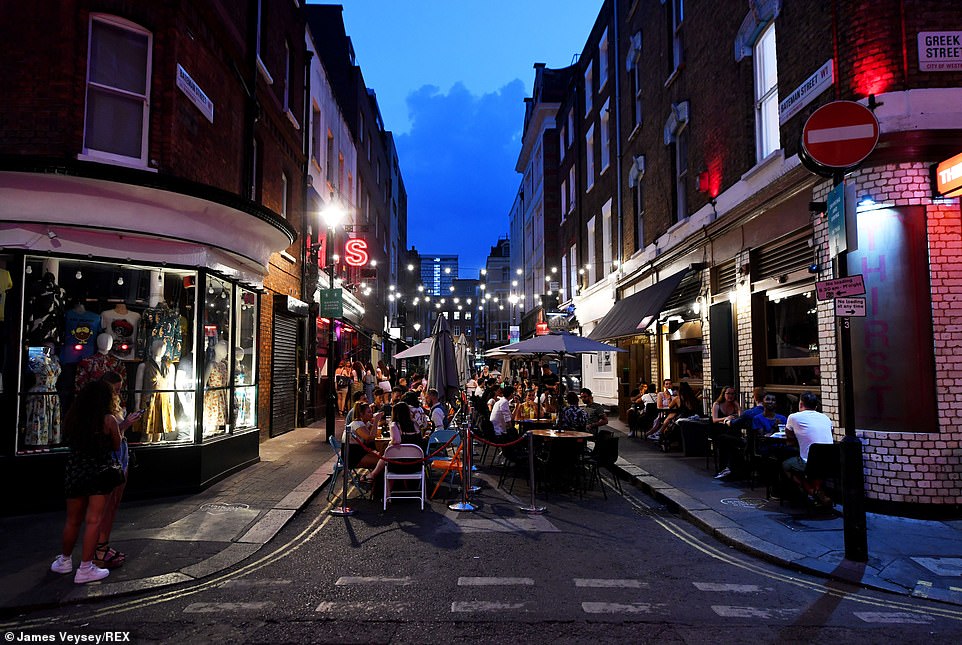 The Dutch firm said its like-for-like pre-tax loss was £109 million, on revenue that had increased by 44 per cent to just £927 million.

‘Just Eat Takeaway.com is in the fortunate position to benefit from continuing tailwinds,’ Mr Groen said. ‘On the back of the current momentum, we started an aggressive investment programme, which we believe will further strengthen our market positions.

‘We are convinced that our order growth will remain strong for the remainder of the year.’

Just Eat Takeaway is in the process of buying US peer Grubhub for £5.6billion. The deal is likely to complete in the first half of next year, but Mr Groen declined to talk more about it.

The deal is set to make the company one of the biggest delivery firms in the world outside China.

Which chains and restaurant groups are registered for the Eat Out To Help Out scheme?