AN Instagram model famed for flashing her rear-end at unsuspecting tourists on the streets of New York has gone viral.

Anastasia Fields – a 32-year-old model who goes by the username @vegilates on Instagram – took to the streets of NYC during the Covid-19 pandemic to show off her butt and spread joy. 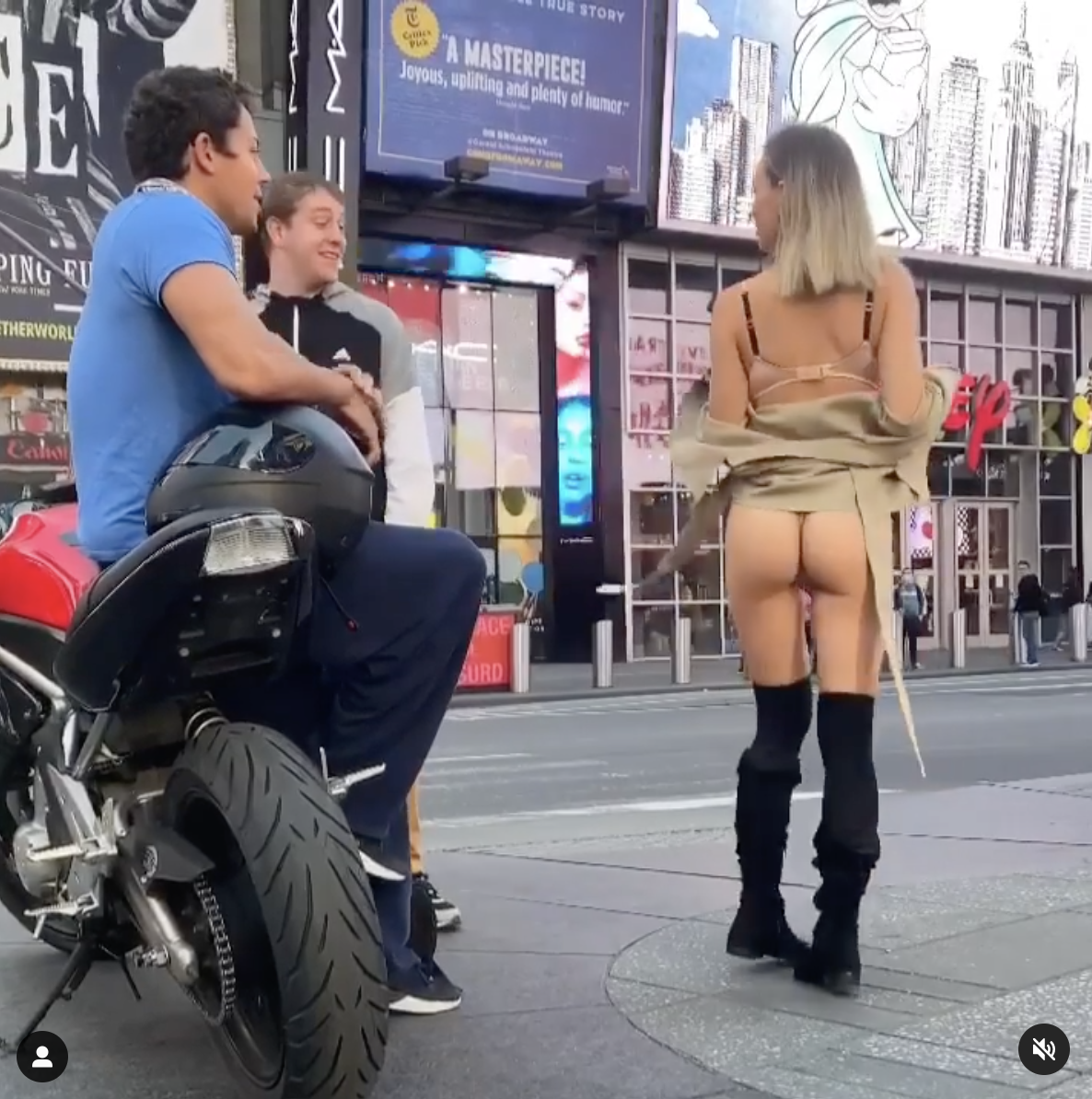 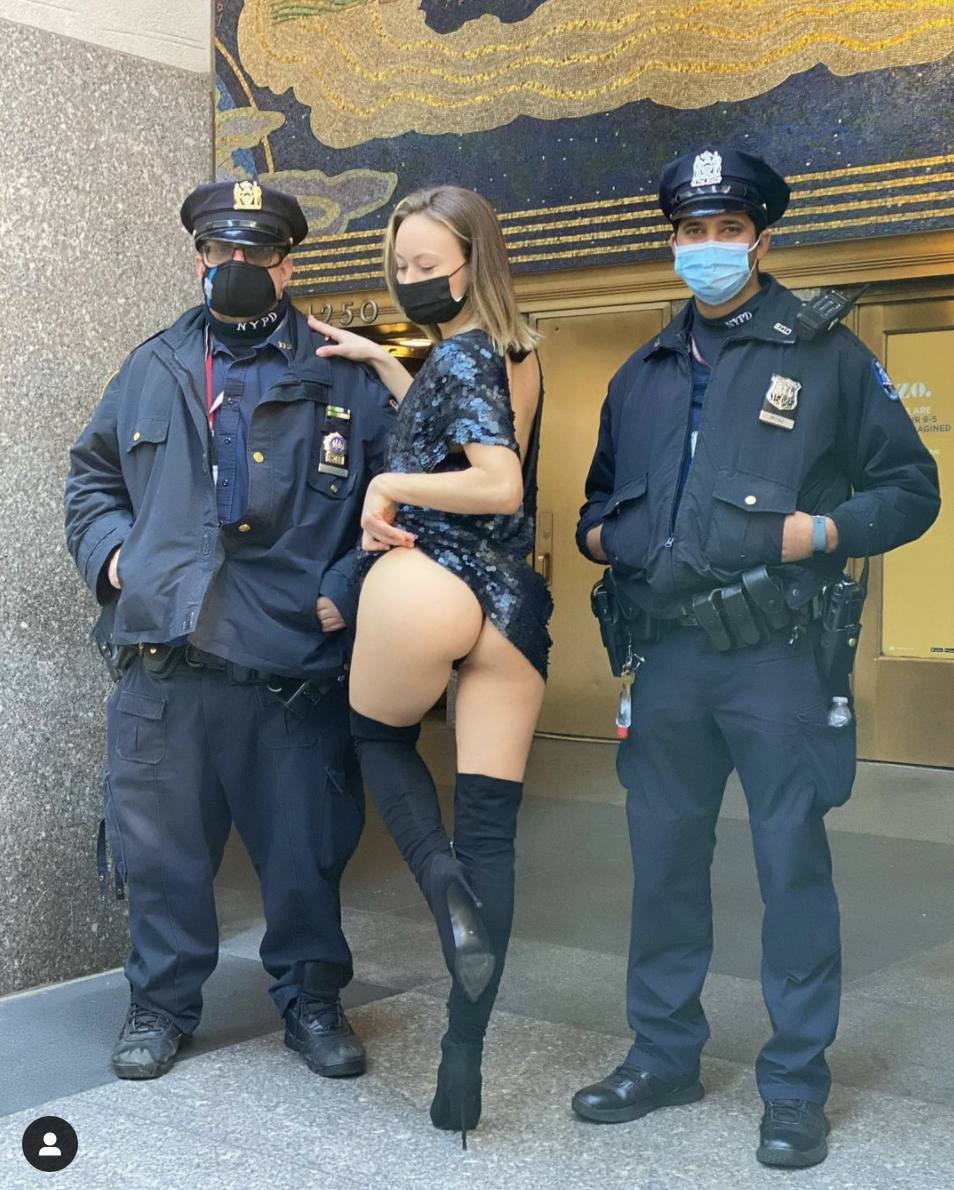 Her gram account shows her flashing her ass-et in some of the city's most famous spots, including the Brooklyn Bridge, Hudson Yards and Times Square.

Russian born Fields told the New York Post: “The butt-flashing thing is just a strategy to attract a lot of followers,”

“I know exactly what people want to see; I’m in the entertainment business.”

In December, Fields gained notoriety after she posed next to two NYPD police officers in Manhattan, New York, and captioned the photo with a heart emoji.

Fields donned a black sequined dress, black stiletto boots, and a face mask as she stood in between two cops and lifted up the back of her dress.

In a matter of two days, the phot obtained more than 60,000 likes and a multitude of comments. 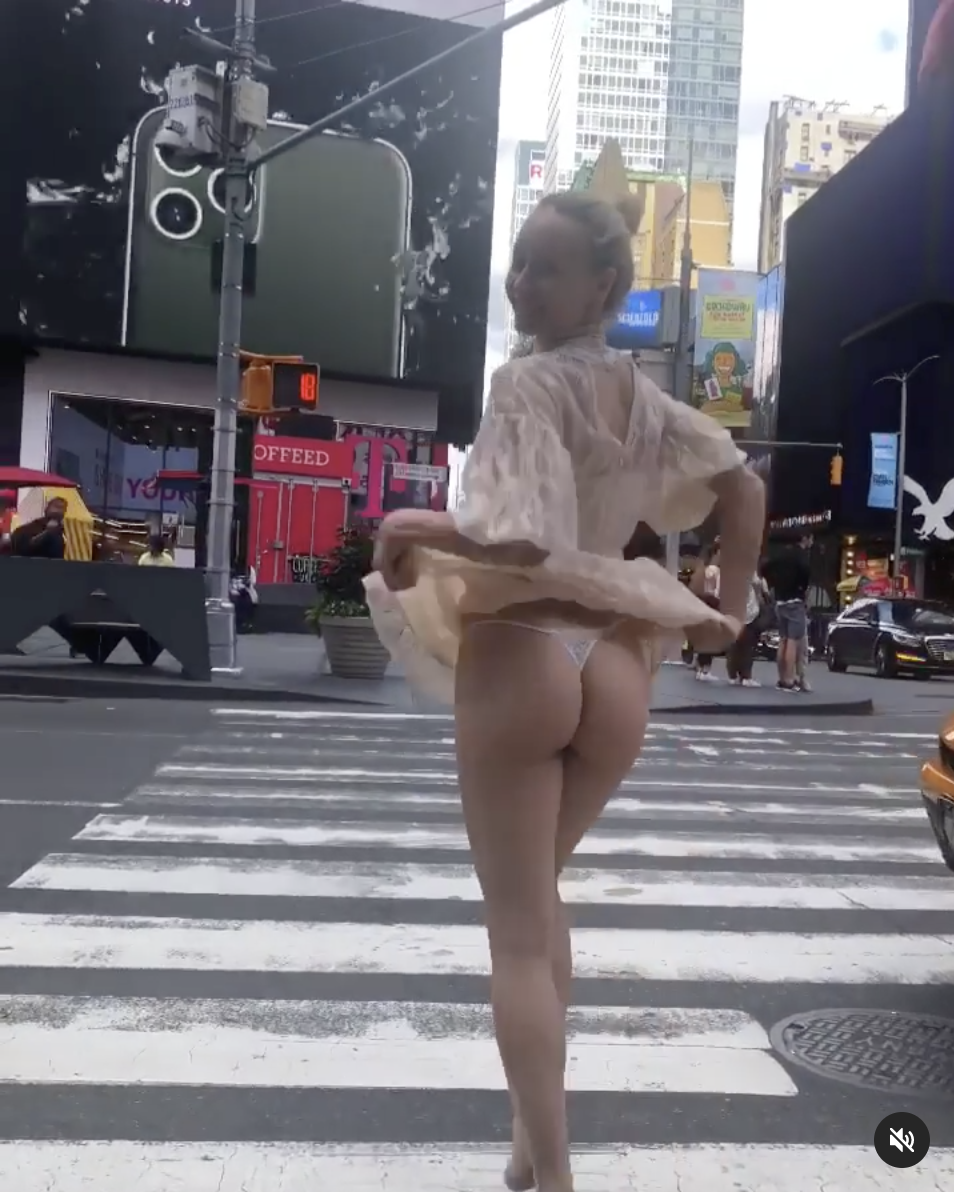 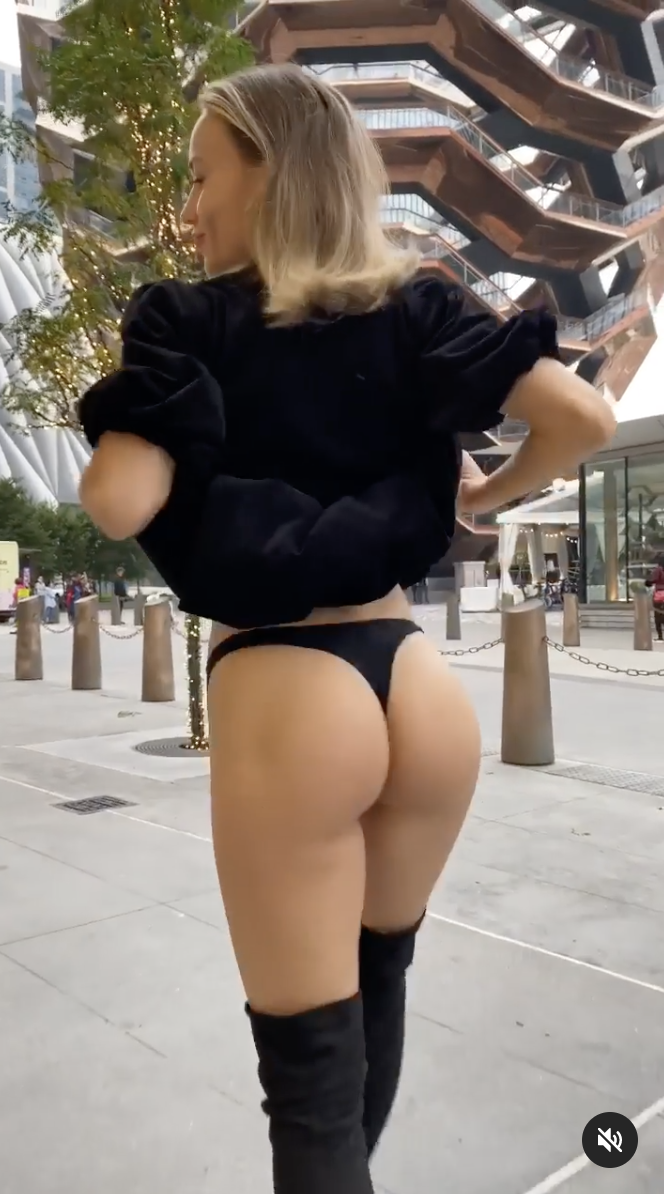 But she tells the Post of her "tough and brutal" background growing up in a small coal-mining town in Sibera.

"There are a lot of people who drink there. A lot of depression going on,” she remembered of her poor upbringing.

She added: "My way to escape reality was that I studied a lot. I was extremely nerdy at school."

After landing in Miami in 2013, Fields, who now has 1.4million Instagram followers, made her way to New York City where she met her eventual husband at a restaurant.

He was working in health insurance, and Fields was assisting him, until he lost one of his biggest clients.

The loss of income prompted Fields to start her Instagram account and an OnlyFans page in 2018 to help provide for the two of them.

She started out wanting to post about her vegan diet and her pilates – but her content went in a completely new direction.

“I started just taking sexy pictures in lingerie or whatever,” she said.

She added her husband is supportive of her endeavours, saying: “He says, ‘Do whatever makes you happy.”