SCALDED with molten plastic, sexually assaulted with a bottle and left to die naked in the street – these are just some of the horrors a 20-year-old man suffered at the hands of a group of thugs in West Yorkshire.

Mohammed Feazan Ayaz was “systematically and sadistically” beaten to death at an industrial unit in Bradford last year, a court heard, but his harrowing story is far from a one off. 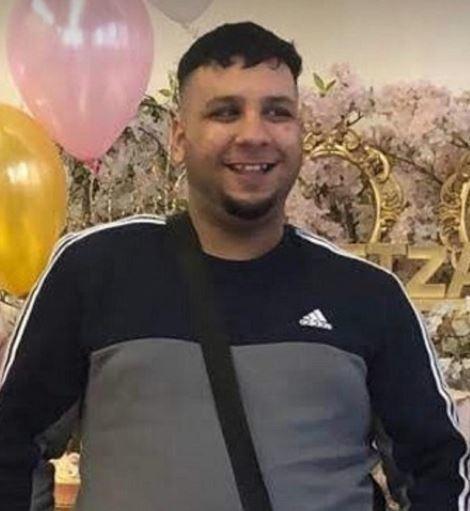 West Yorkshire is plagued by a grisly, ever growing body count as a series of brutal drugs wars continue to spiral out of control.

Now, months after he revealed how market town Huddersfield has become a secret "hotbed" of drug dealing, guns and violence, journalist Mobeen Azhar has returned to the northern county for a follow-up BBC documentary.

And shockingly, things actually appear to have become worse – as Mobeen uncovers a dark tale of torture, murder and even claims of dodgy police dealings. 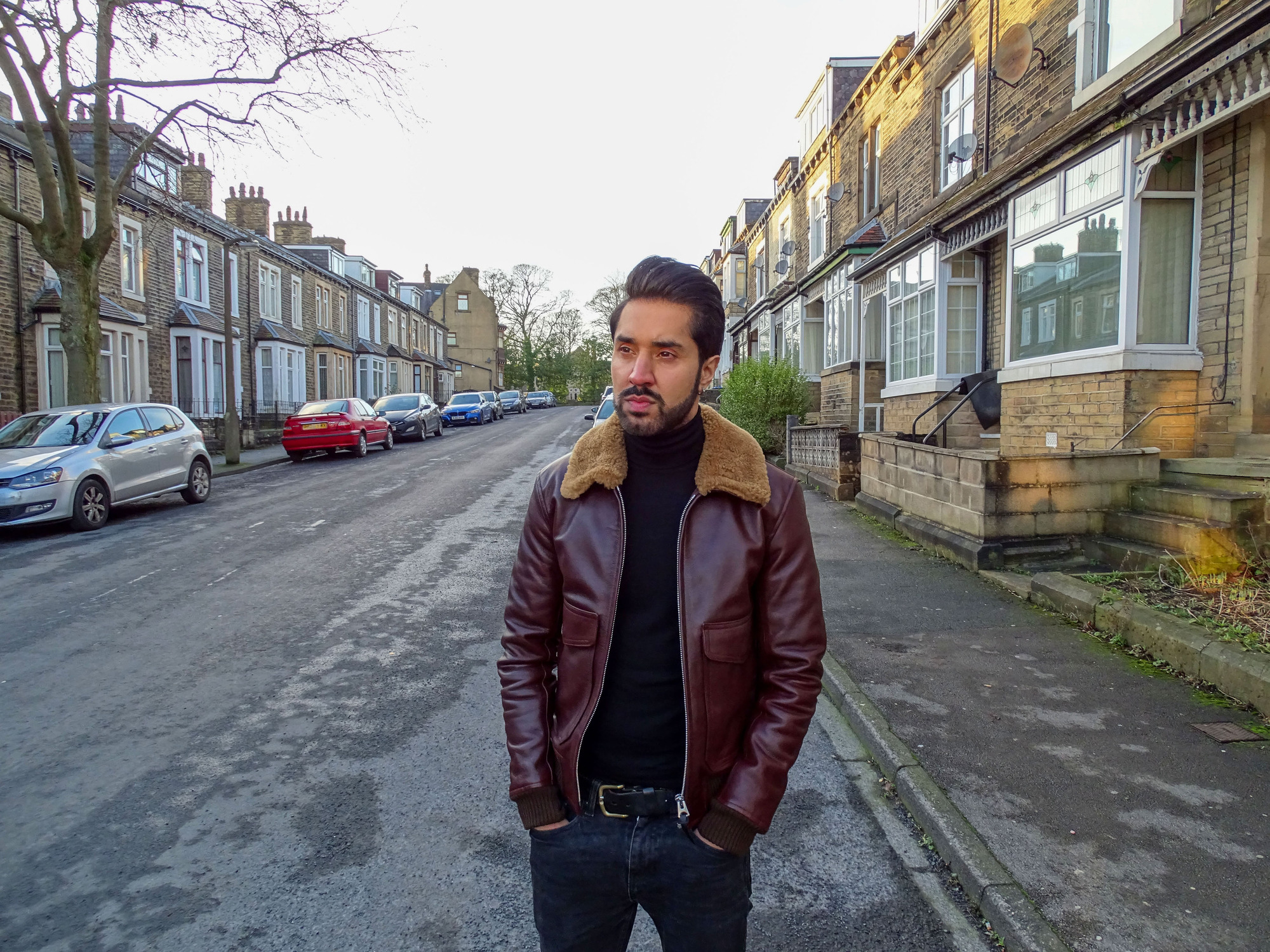 "One thing I’ve learnt, and I was really shocked by, was that there’s a lot to suggest police tactics are contributing to a culture of violence," he claims to the Sun Online.

And, after we revealed residents in the county were most at risk of becoming victims of crime, Mobeen is delving into its dangerous world once again.

'Tortured for six hours & dumped naked on the street'

In Hometown: A Killing, Mobeen looks into the criminal underbelly of Bradford – just 15 miles away from Huddersfield, which featured last in the last series.

He's there to look into the murder of Mohammed Ayaz, known by friends as Fizzy.

His naked body was discovered by an elderly woman in the early hours of the morning on July 1 last year. 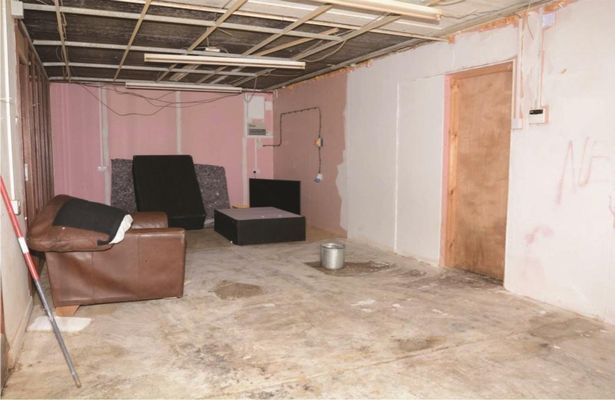 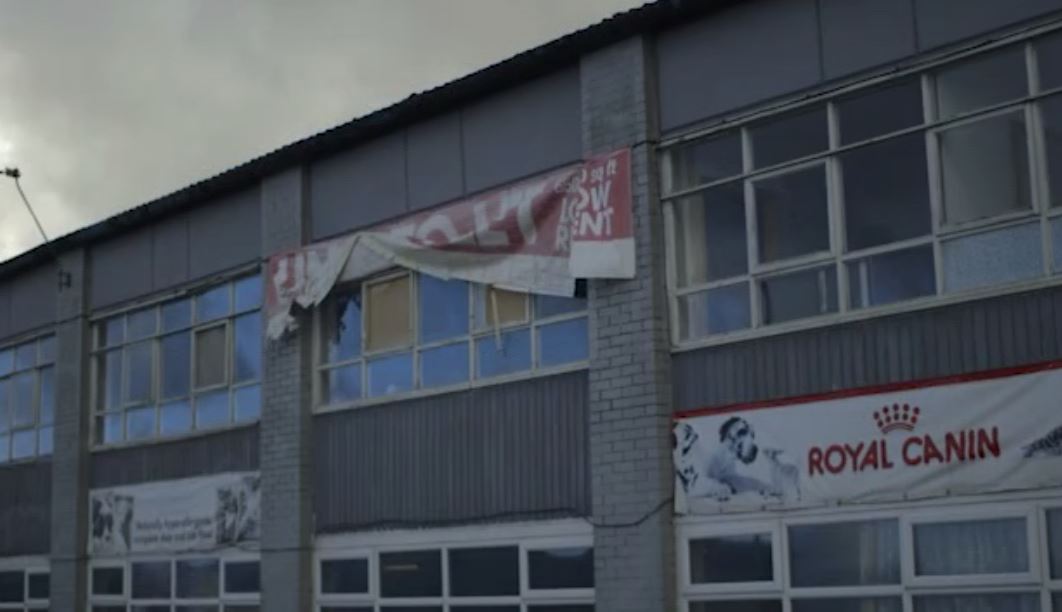 A court heard how he suffered six hours of horrendous torture, at the hands of a group of thugs.

Prosecutors detailed how Fizzy was stripped naked in the abandoned room, named Unit 2, before being assaulted – all while the attackers filmed it on their mobile phones.

“He had 70 injuries – seven zero. That included injuries that suggested his head had been stamped on, he’d had molten plastic poured over him and he’d had a bottle inserted inside him," Mobeen tells Sun Online. 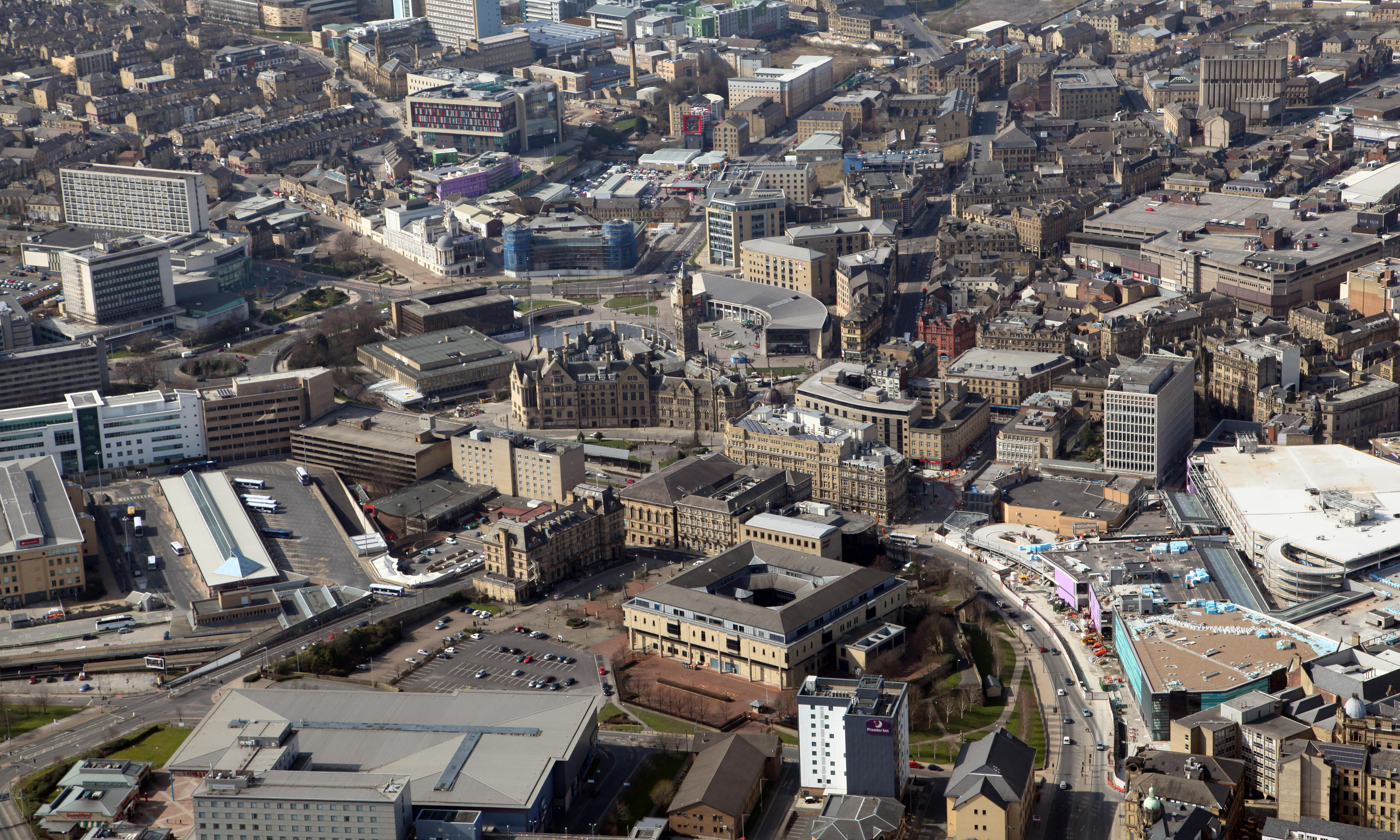 “At the end of it, they dump his body in a residential street in the middle of Bradford, naked, on a pavement. There’s no effort made to hide anything – in fact if anything, it suggests they wanted it to be spoken about.”

Bradford men Suleman Khan, 20, and Robert Wainwright, 26, as well as Raheel Khan, 27, were all found guilty of murder. They were each handed life sentences with minimum terms.

Shaoib Shafiq, 20, and a 17-year-old Bradford youth, who cannot be named because of his age, were found guilty of assisting an offender. Shafiq was sentenced to 21 months in a young offenders institute, while the youth will be sentenced this week.

Junaid Hussain, 28, and Stephen Queeney, 34, were both acquitted in the trial.

As part of his wider investigation into violent crime in the area, Mobeen meets a reformed drug dealer called Barry, who chooses to reveal his identity and appear on camera.

Together they visit the scene of a particularly gruesome death in a small, quiet town around seven miles outside of Bradford. 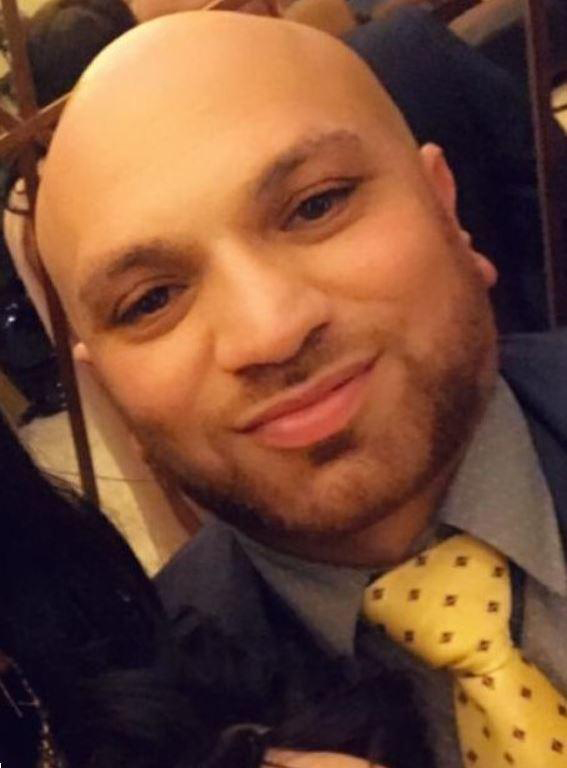 The body of 39-year-old Asghar Badshah, also known as Oscar, was discovered inside the wall cavity of a disused Yorkshire Bank in Batley on December 29 last year.

Two men, aged 27 and 30, as well as a 41-year-old woman, were arrested on suspicion of conspiracy to murder.

The men were released under investigation and the woman was released on bail pending further inquiries.

Seeing the crime scene, Barry tells Mobeen of some of the rumours he's heard about the case – including one that Badshah owed people money at the time of his death. 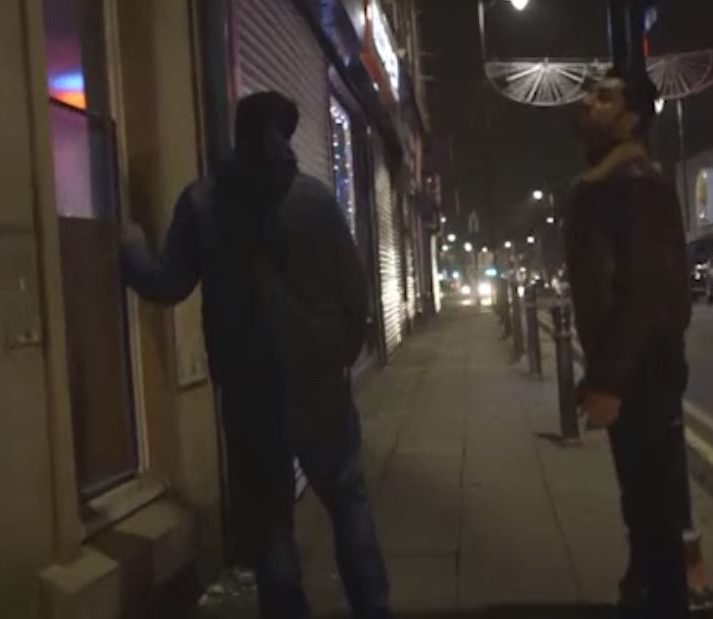 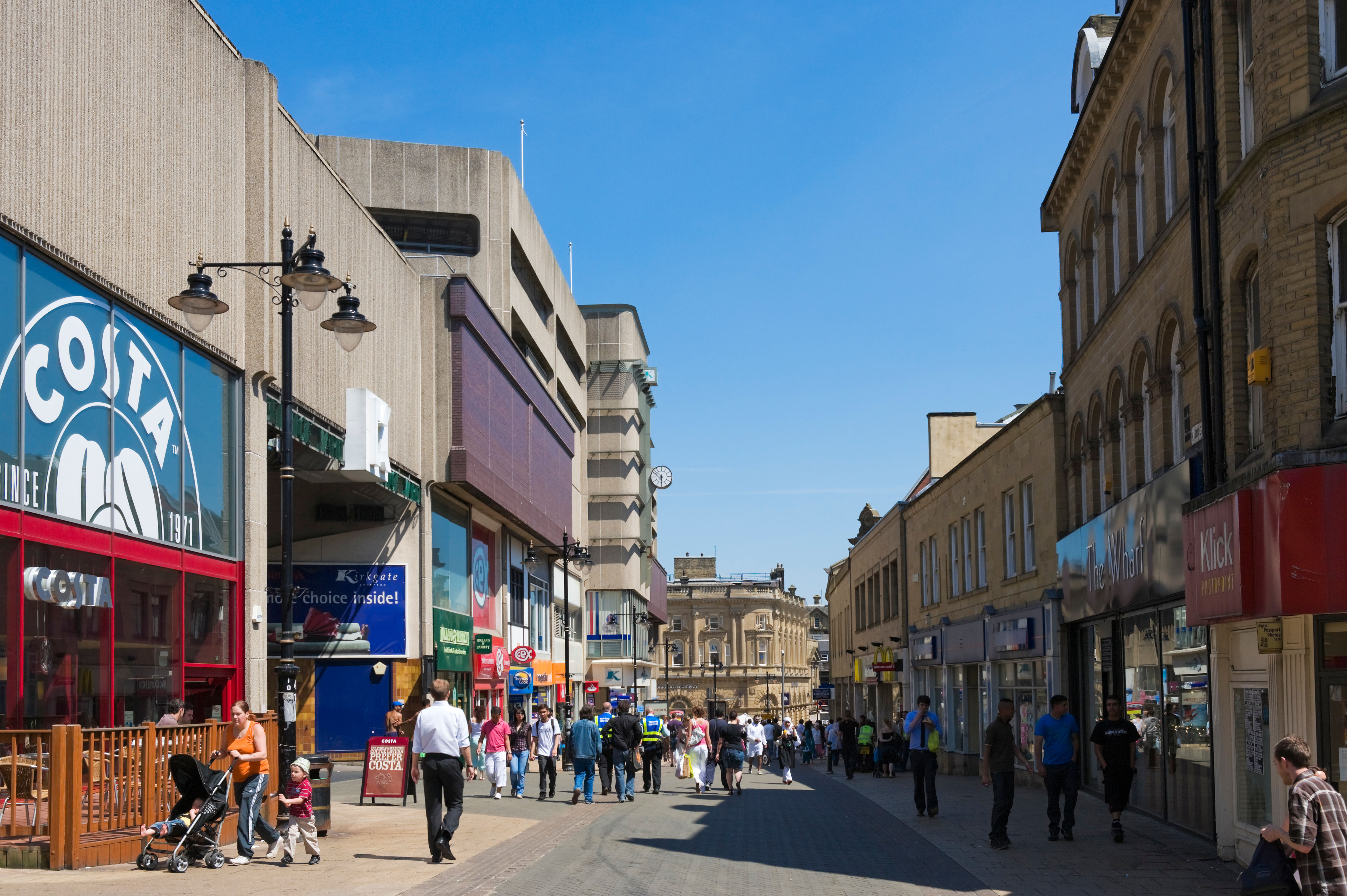 “To make an example of him, this is the kind of school of thought these people [have], they shoved his body in a wall of a disused bank," he says on camera.

In another chilling twist, Mobeen and Barry also meet a man who witnessed the initial police investigation there – and he tells them Badshah's body was dismembered before being stuffed inside the wall.

Police have not confirmed these details, however.

'The bigger, the badder, the better'

The two murder investigations paint a grim picture of West Yorkshire's drugs scene – but Barry tells Mobeen that they're just the tip of the iceberg.

Barry was jailed on drugs charges for three years previously, but has since turned his life around and now works in insurance.

However, it means he has first-hand knowledge of 'turf wars' taking place in the area. 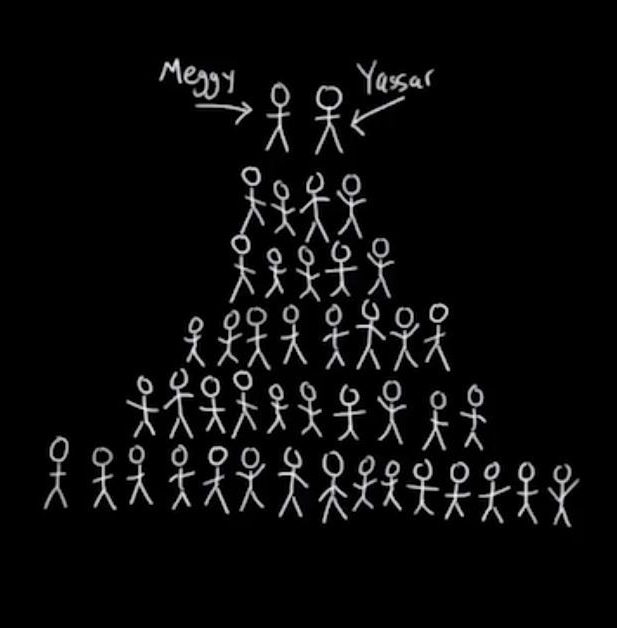 "Things are getting more violent due to the fact that there are a lot more upstarts in the business now," he says.

"A lot more people are going out buying a couple of ounces of smack and setting up a business."

He says the increased competition inevitably means that some people's drugs 'businesses' will suffer as others succeed.

This creates tensions between them, and many are resorting to grim torture methods to 'stand out'.

“It’s more upsetting, proper pull at your heartstrings," he says.

“The bigger, the badder, the better.”

In the first series of BBC 3's Hometown, Mobeen returned to Huddersfield – where he grew up – following the death of car passenger and self-declared 'Stud Badboy' Yassar Yaqub, who was shot dead by police on a M62 sliproad near the town.

It would later emerge a gun had been found in the footwell of the car that Yassar was travelling in, and rumours spread of his "drug dealing" – with him even being labelled a 'kingpin' of the drugs trade in the area. 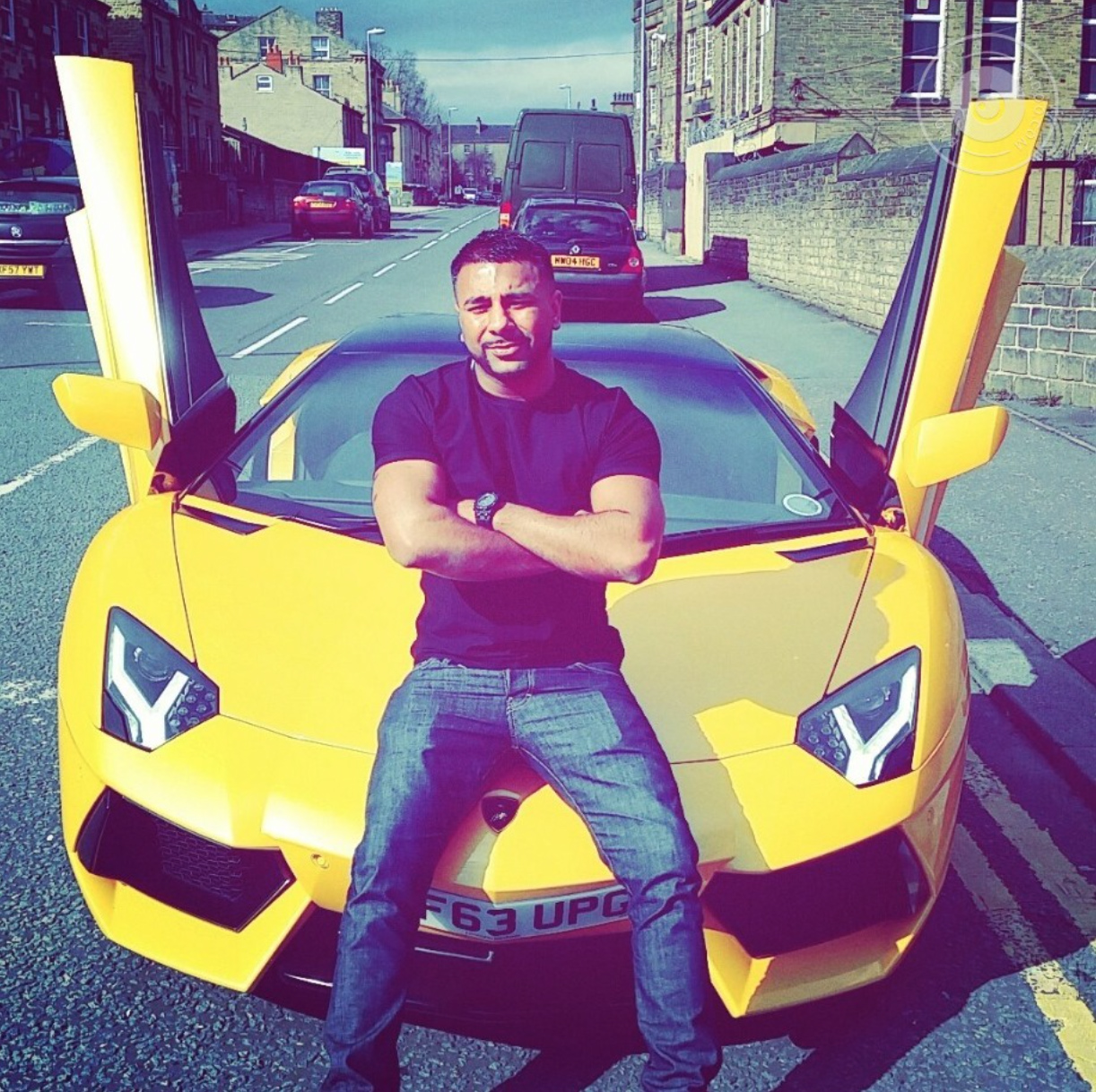 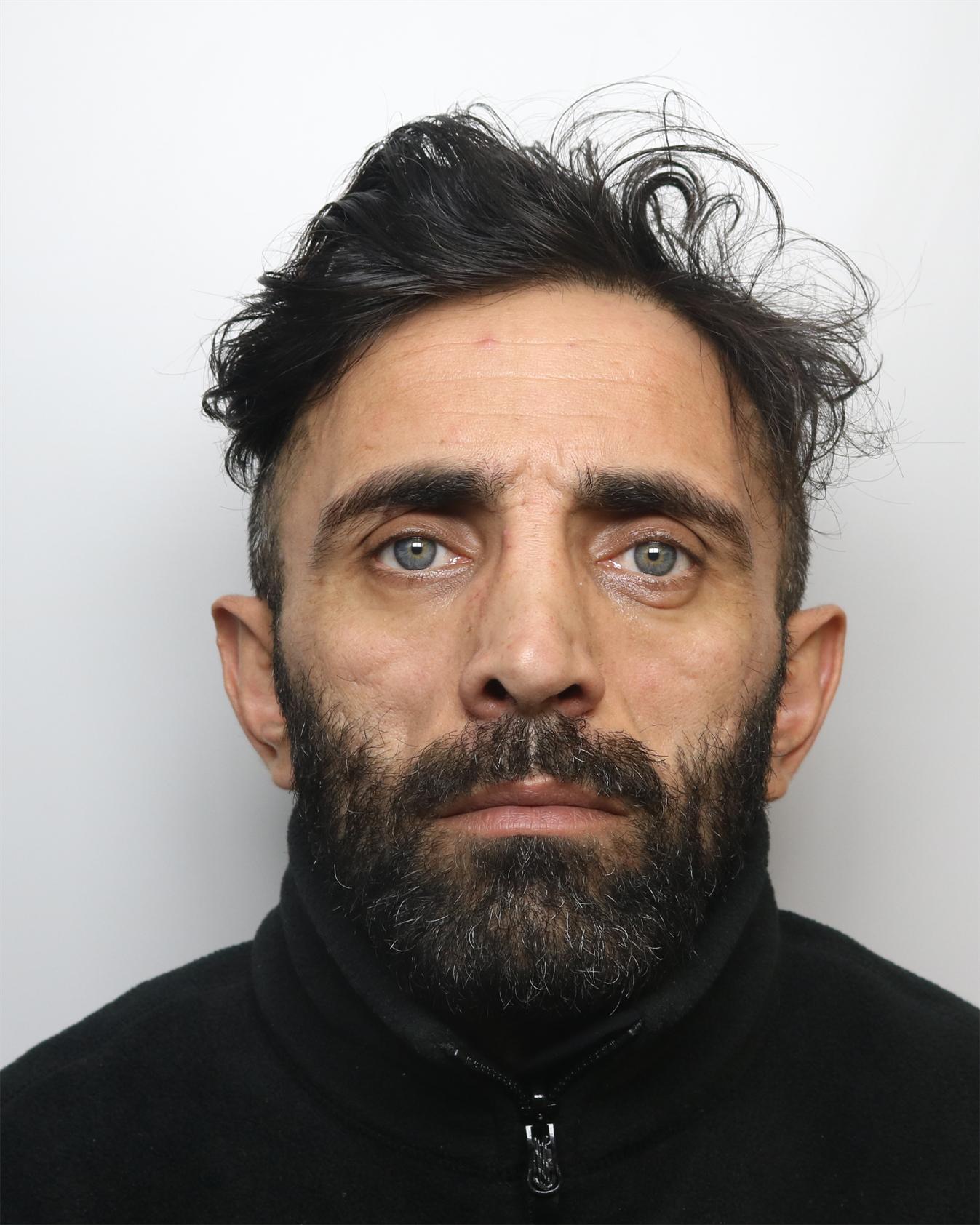 The original documentary series claimed there were connections between him and another 'kingpin', Mohammed Nisar Khan, aka 'King Meggy', who is currently serving a life sentence for an unrelated murder.

Mobeen briefly revisits the alleged connection in the latest two episodes of the show, claiming that having two major figures in the drugs scene out of the picture creates some sort of "vacuum", with others rushing to take their place and prove themselves. 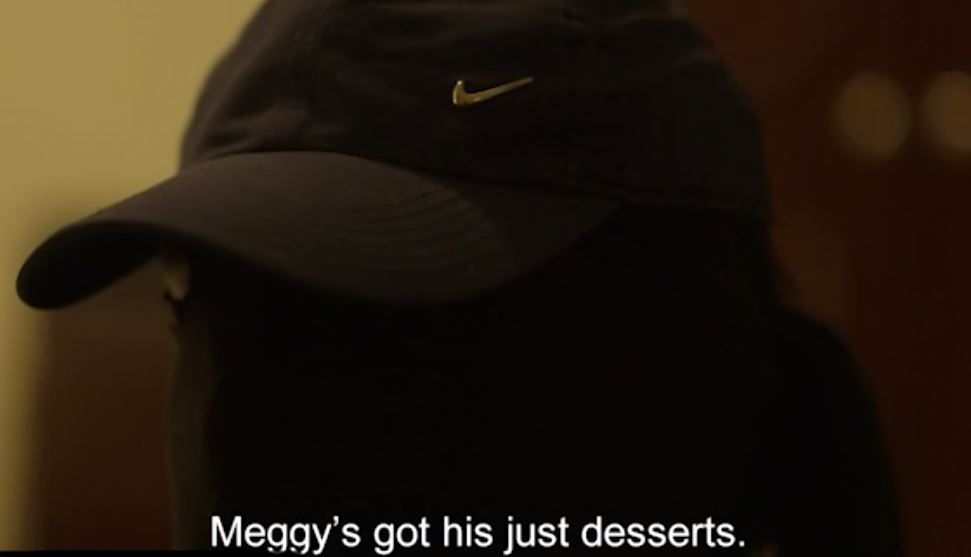 West Yorkshire Police declined to comment on claims of turf wars in the area however, when contacted by Mobeen.

"It sounds like something out of the Godfather, or a Narcos film. It doesn’t sound like Bradford," Mobeen says.

Mobeen came under major fire after the original series aired last year, with many people accusing him of unfairly targeting West Yorkshire – when violent crime is happening right across the country. 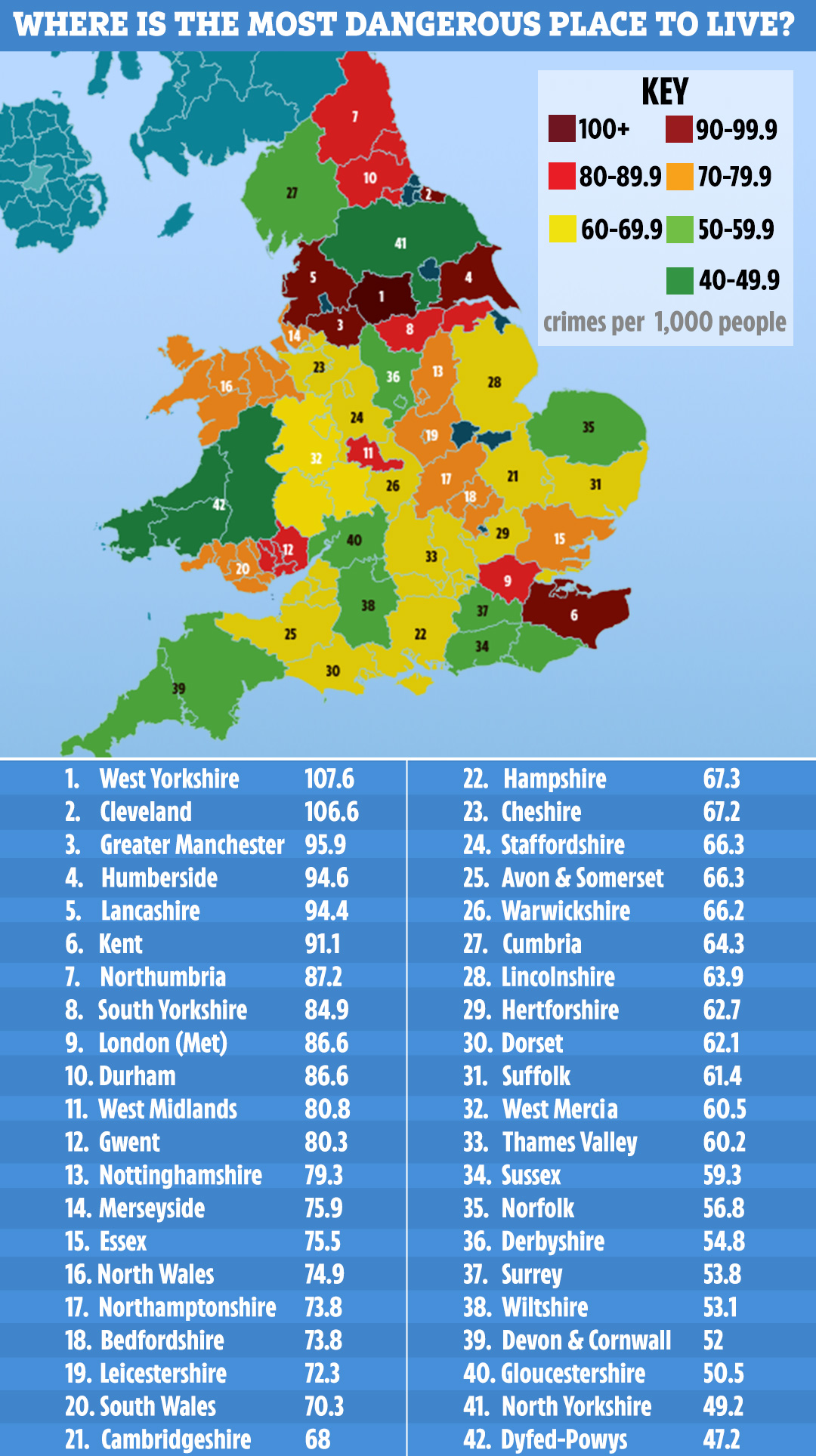 But while he insists he's aware the problem stretches right across the country, Mobeen reveals West Yorkshire still comes out top when ranking each area in terms of violent crime per 1000 members of the population.

In fact, there were 51 violent crimes in 2019 for every 1000 people in West Yorkshire, according to recent stats provided by Plumplot.

“I was really shocked and disgusted. I wondered how things had got to this point," Mobeen tells us.

In King Meggy's court case last year, claims emerged that he was a police informant.

And it appears to have opened a can of worms, as Mobeen investigates allegations that there are several drug dealers and criminals who have negotiated deals with West Yorkshire Police to become secret informants – in exchange for avoiding jail time.

According to the Yorkshire Evening Post, the force paid out £451,000 to its Covert Human Intelligence Sources – otherwise known as informants – in the five years from 2014/15.

Meeting an anonymous source, named on the documentary as Maz, a sceptical Mobeen appears shocked as more details emerge.

“They get caught with something where they’re looking at a sentence and they can’t bear the thought of spending the next two, three years behind bars," Maz says. 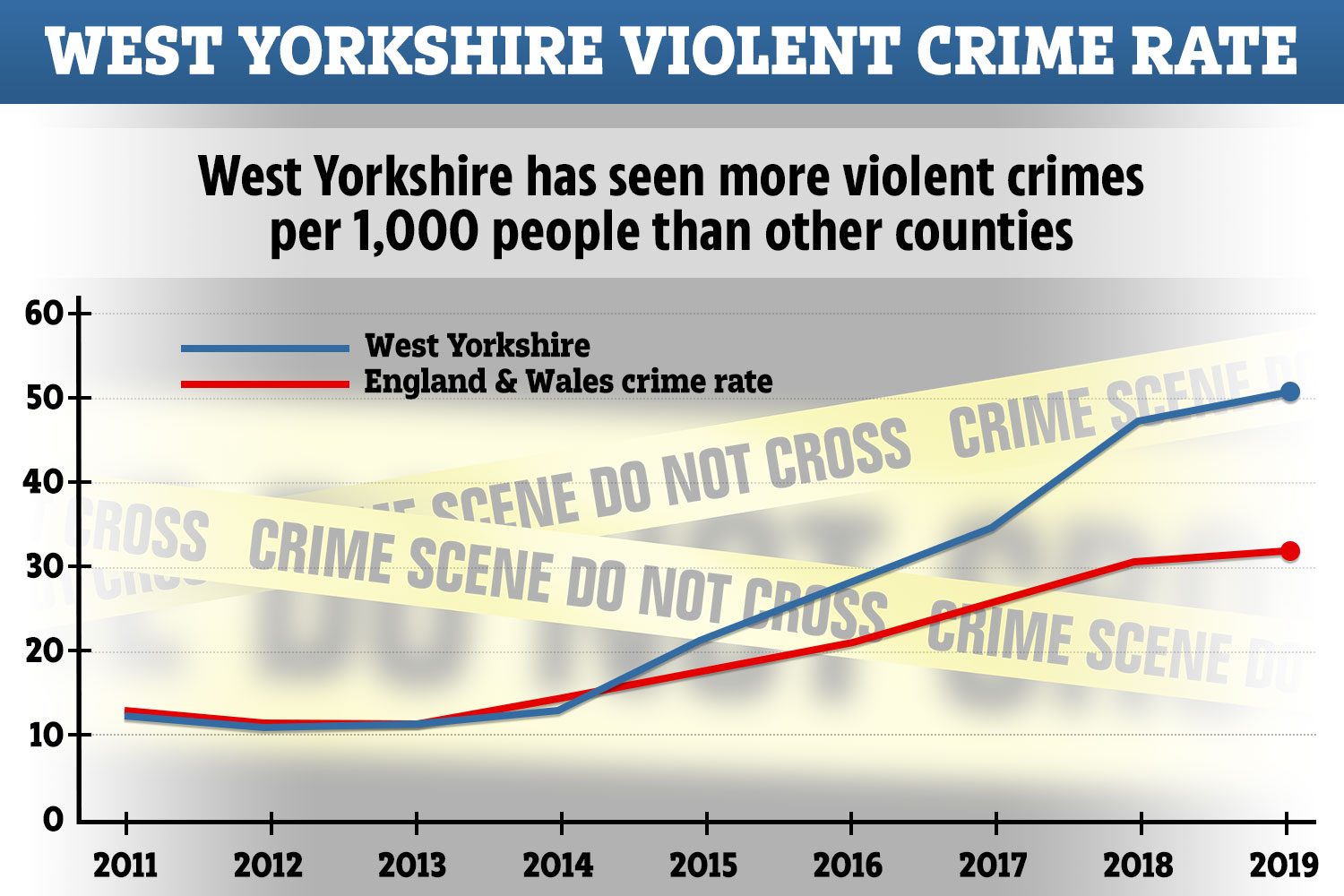 Maz even claims Meggy 'had a few senior police officers in his pocket' before being jailed.

Unable to comprehend what he was hearing, Mobeen digs into the claim and discovers reports about Meggy allegedly shooting someone in 2007, but he couldn’t find any evidence of a case brought against him.

Mobeen goes on to meet a former detective, who identifies himself as Frank. Shockingly, he backs up the claims.

Asked if police would ever 'pretend' to lose case files, Frank says: "Losing a case file is quite often used as a ploy, I know that from my own experience.” 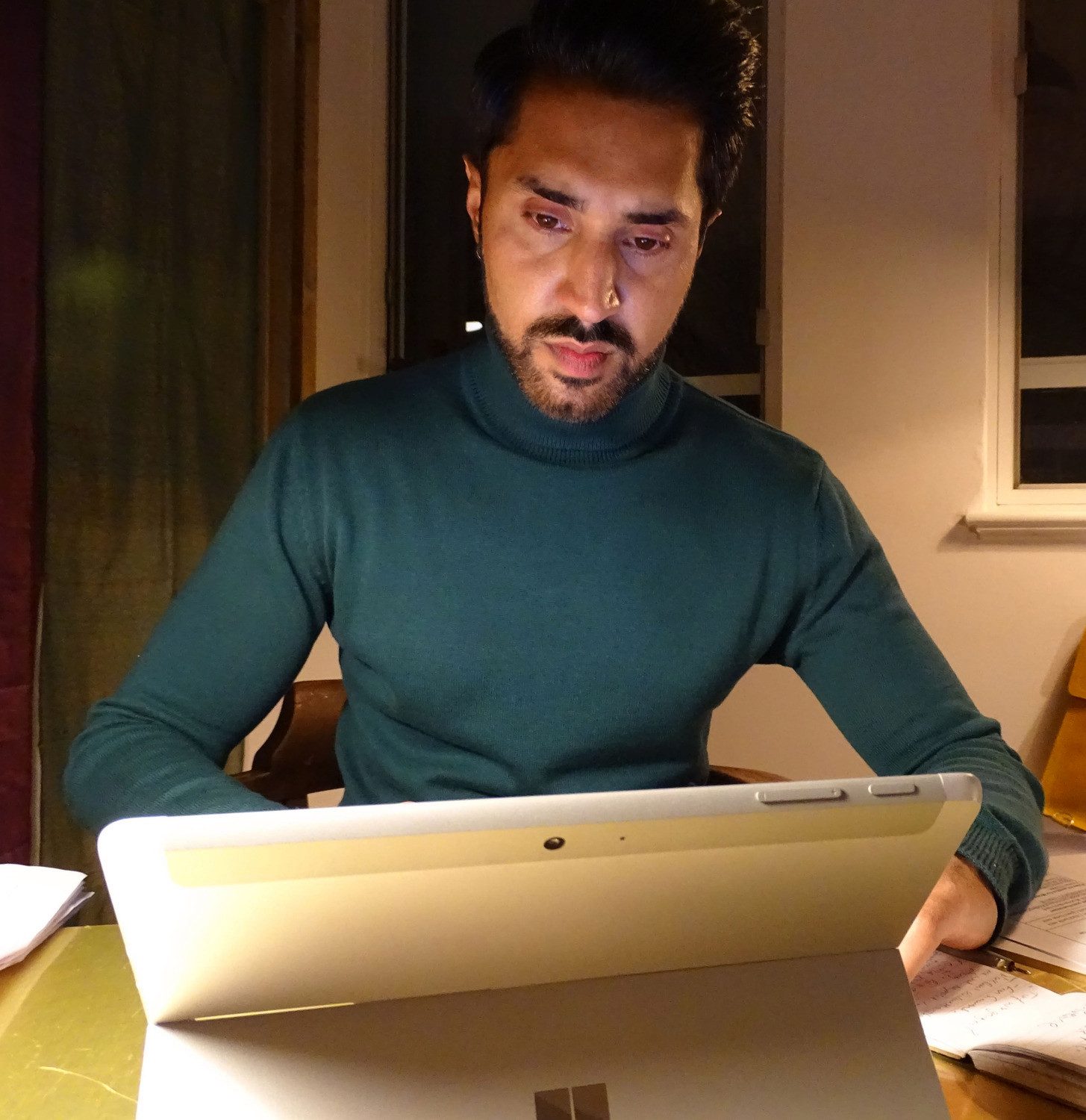 West Yorkshire Police told the show in a statement: "We strongly refute the suggestion that we’d seek to cause the collapse of any trial, or undermine legal proceedings in any way.”

The CPS said it couldn’t find any trace of a case matching the details provided.

While Frank says an element of criminality is necessary for an informant to go unnoticed in the real world, he concedes it can go too far – and in fact it could be "breeding more and more and more violent drug dealers".

It was these claims in particular that shocked Mobeen, and he tells us: “There has to be a bigger conversation around police tactics because at the moment, the way things are, it’s not working."

According to the show, West Yorkshire Police wouldn’t comment on use of informants, but said their use was “essential and tightly controlled by legislation… And they’re only permitted to undertake activity which is authorised and managed.

“Any individual informant committing criminal offences would be investigated and face the prospect of prosecution like any member of the public.”

The Sun Online has contacted West Yorkshire Police for comment.

BBC trailer for Hometown looking at the shooting of Yassar Yaqub, gangs and drugs in Huddersfield