AN INCREDIBLE new superyacht is set to be SPLIT down the middle by glass – and there’s a very specific reason why.

Designers of the aptly-named Slice wanted to address the 'grievances' of yacht owners that the interiors are too dingy. 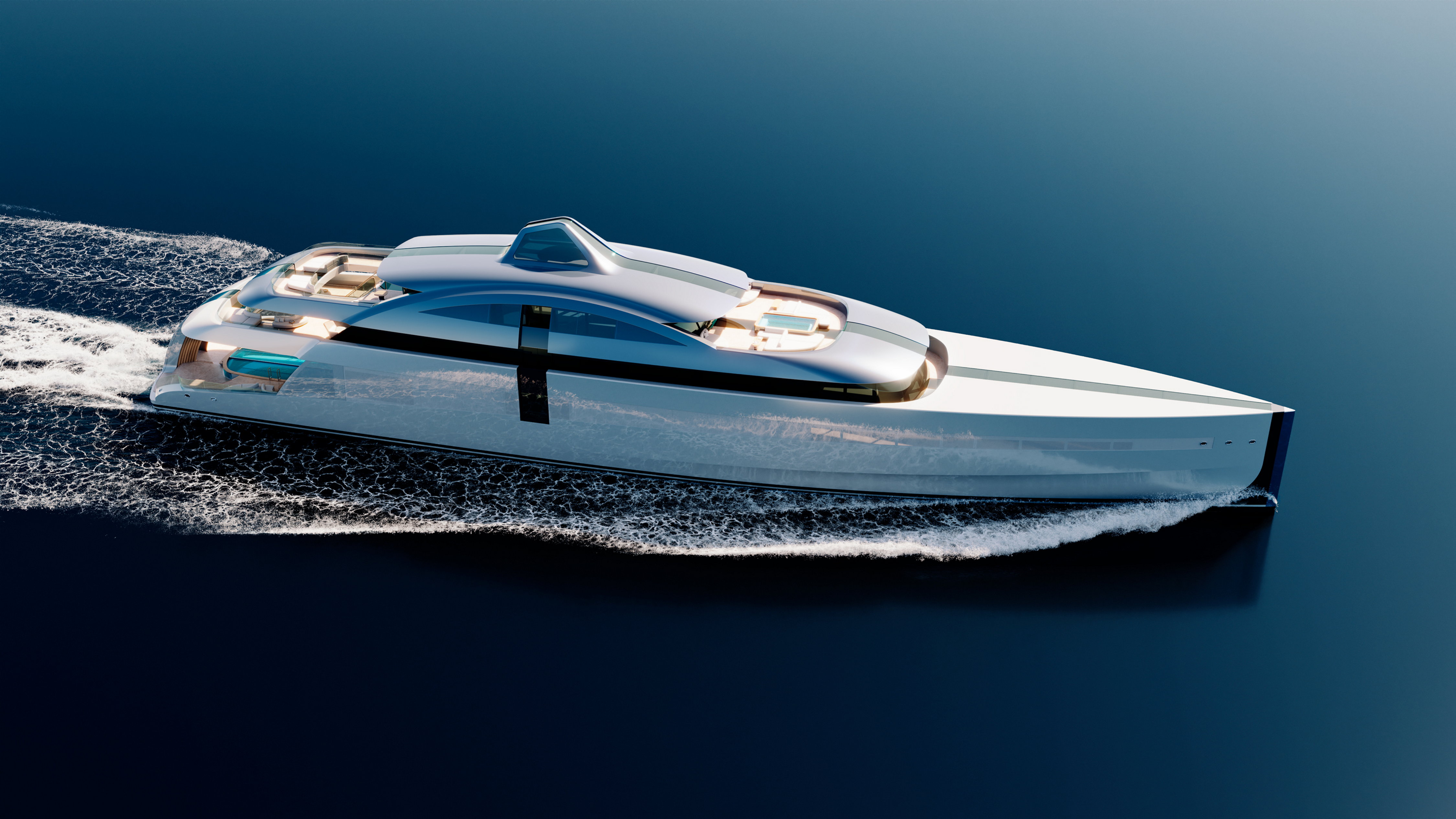 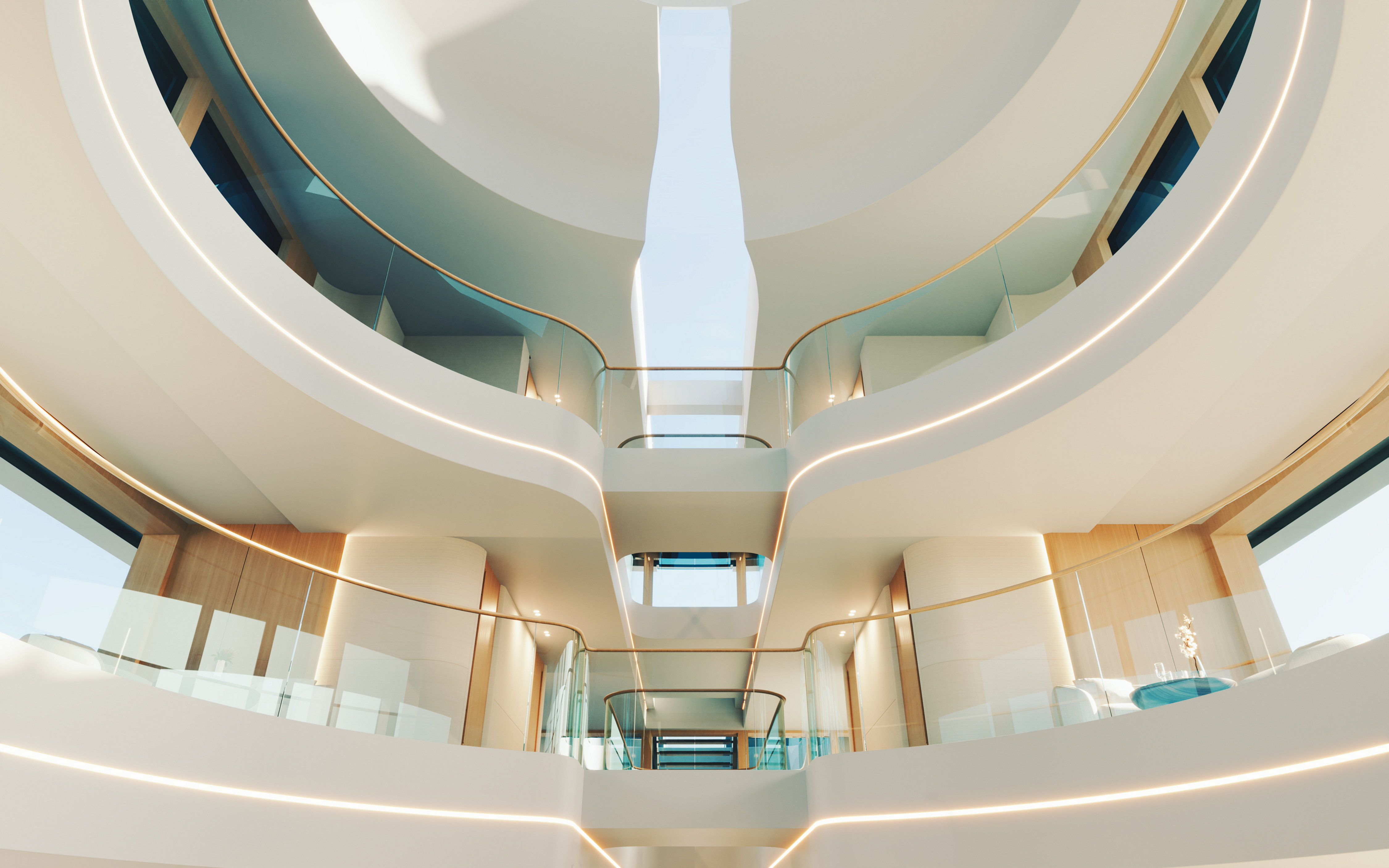 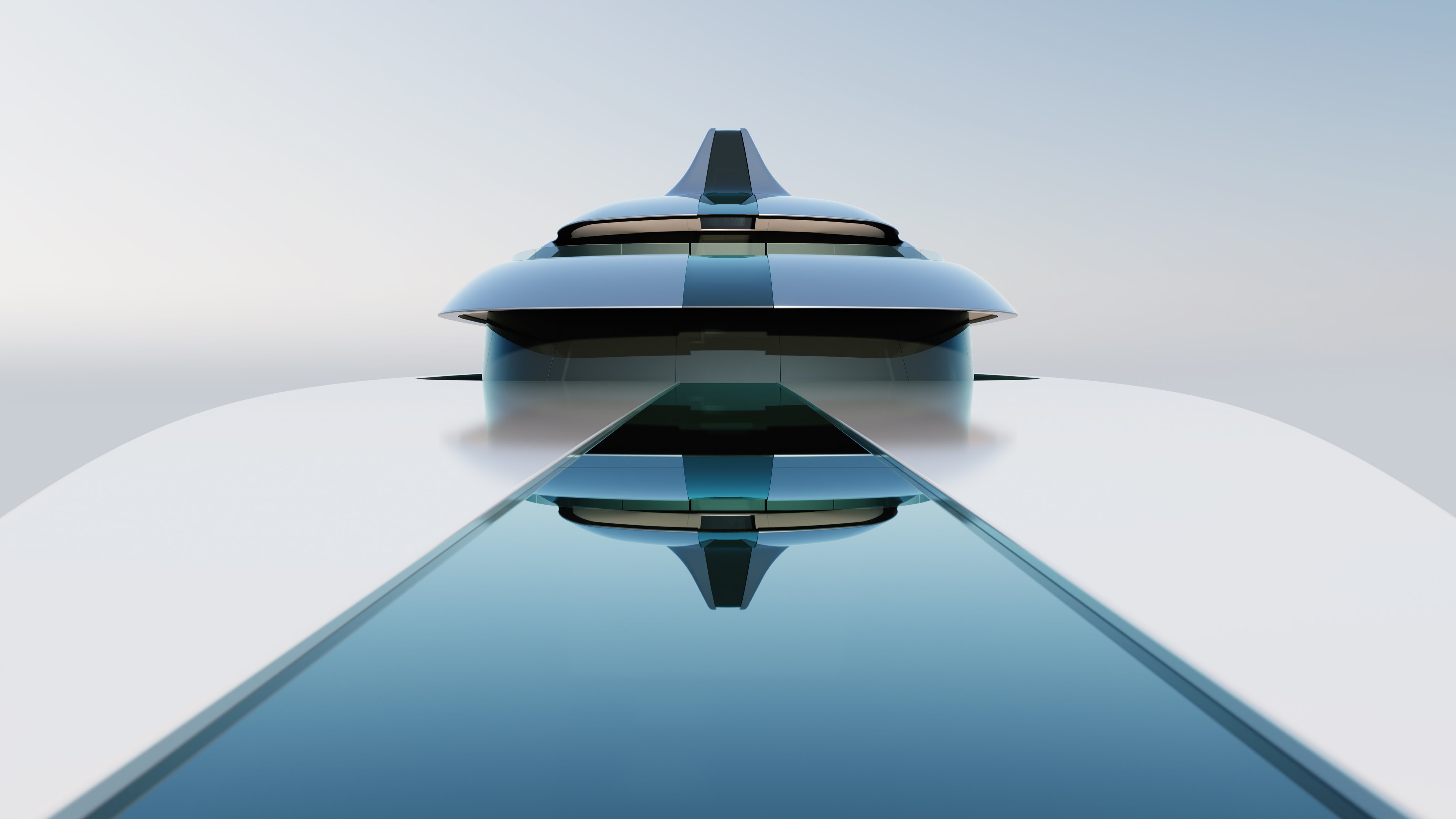 The result is a 280-foot vessel that Dutch shipyard Feadship say "turns the inside out and the outside in."

The Slice concept, unveiled at this year's Monaco Yacht Show, is engineered with a glass strip running entirely from bow to stern, allowing for natural light to filter in through multiple decks.

Feadship explain: "The brief to the engineer and design team was to challenge the very zeitgeist of typical yacht layouts by investigating natural light and vertical spaces. 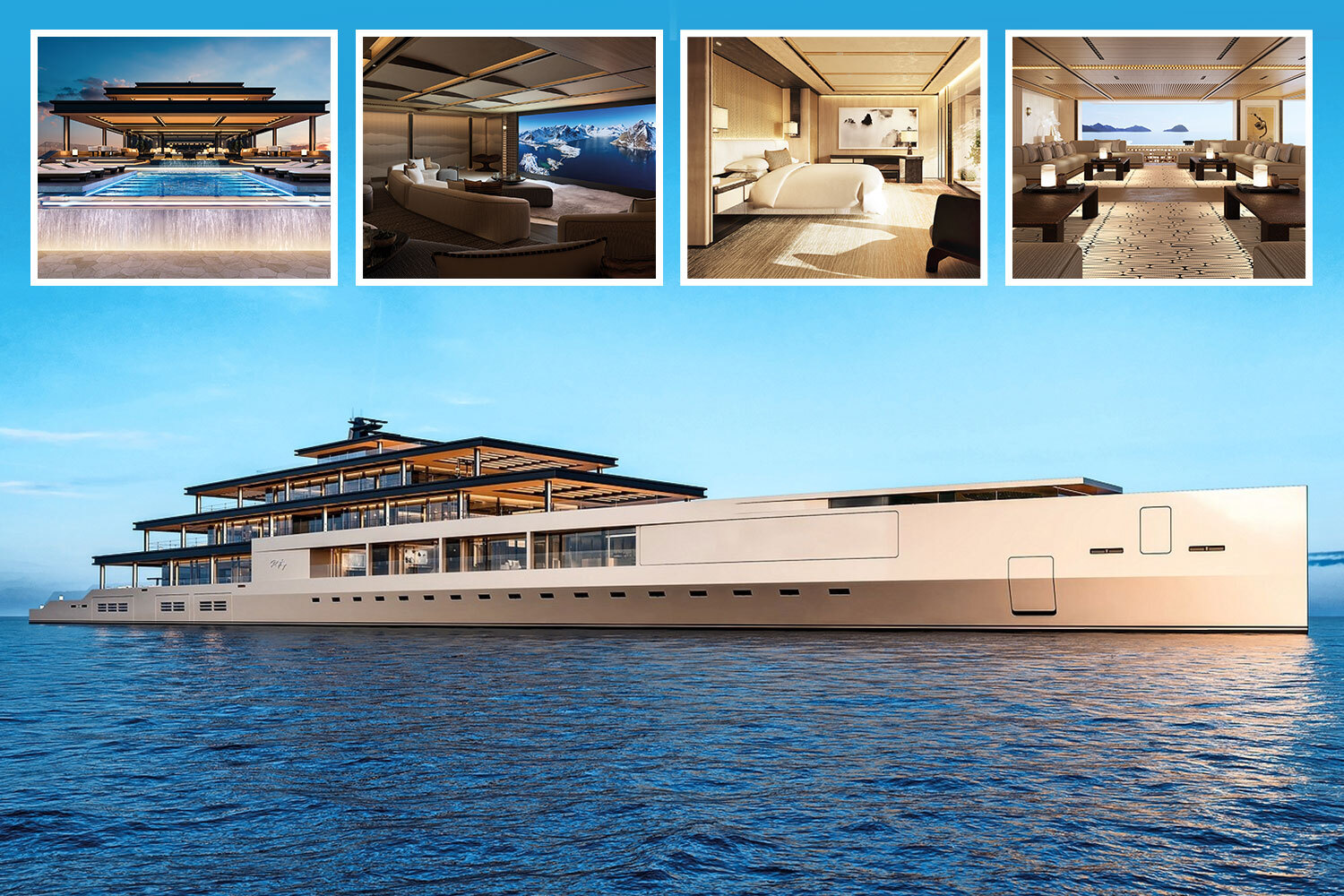 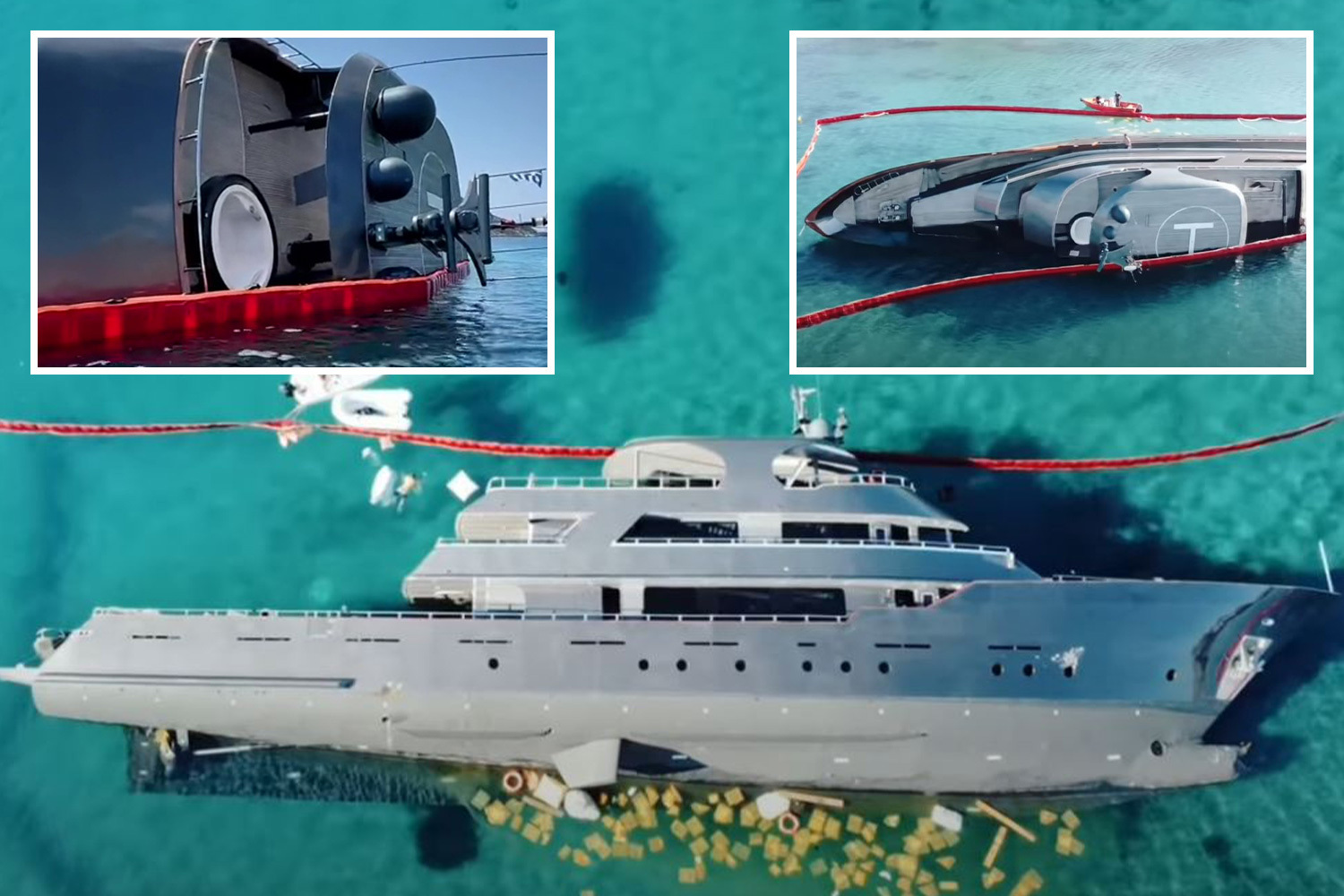 Watch as superyacht named ‘007’ SINKS after it runs aground

"More specifically, the brief asked for a linear 'transition from the mountain to the sea'.

"Having a slice running down the middle opens up countless spatial and lighting possibilities.

"Corridors become so much more than just hallways transitioning from one space to another – they have their own purpose and become enjoyable spaces in their own right."

A highlight at "the heart of the yacht" is a monumental 70m2 atrium at main deck level.

Uninterrupted by a staircase, the atrium is more than a lobby but a "destination in its own right" for guests to move around. 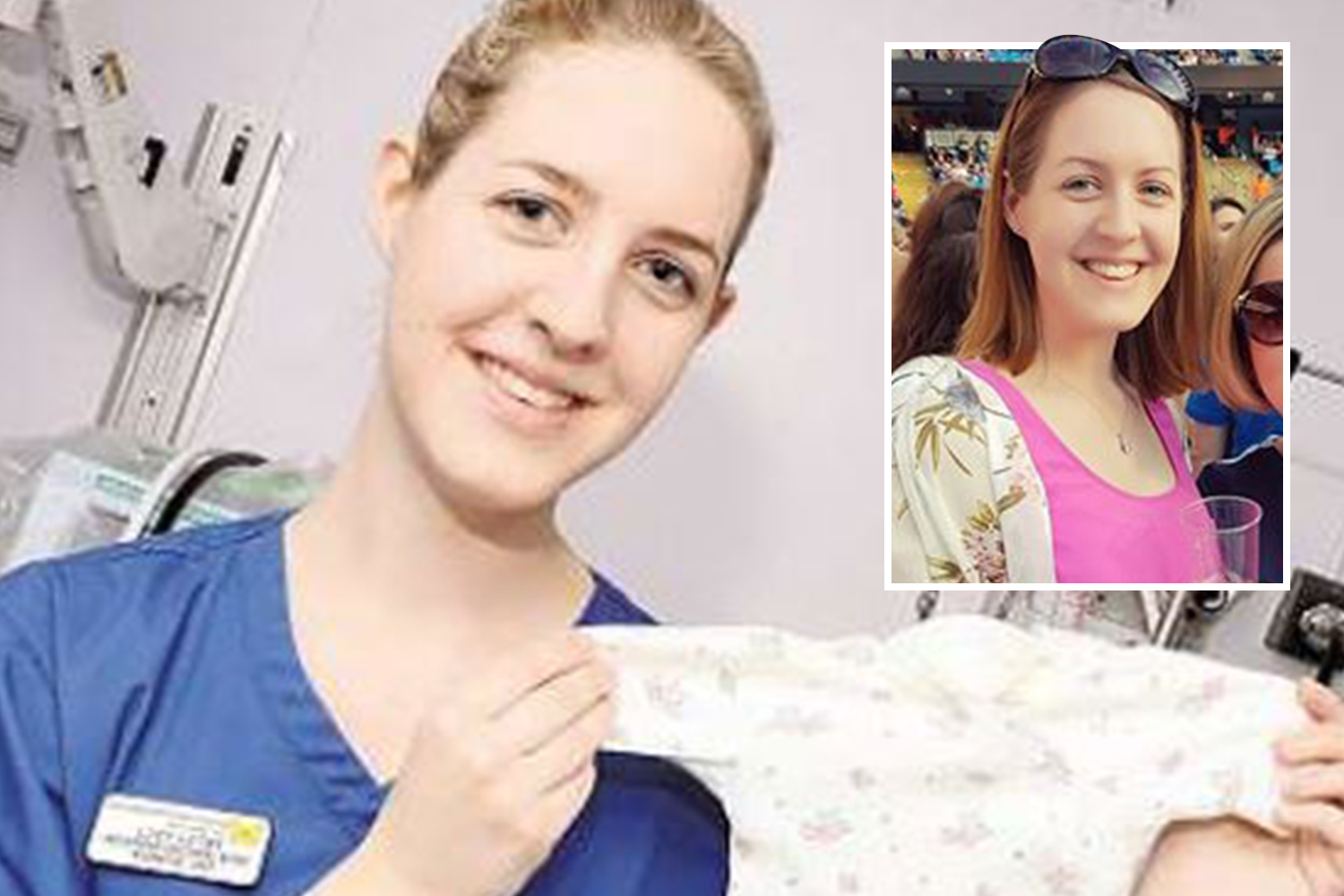 Nurse 'wrote "I'm evil, I killed them on purpose" after murdering 7 babies'

Bonfire Night cancelled in dozens of towns across the UK – are you affected? 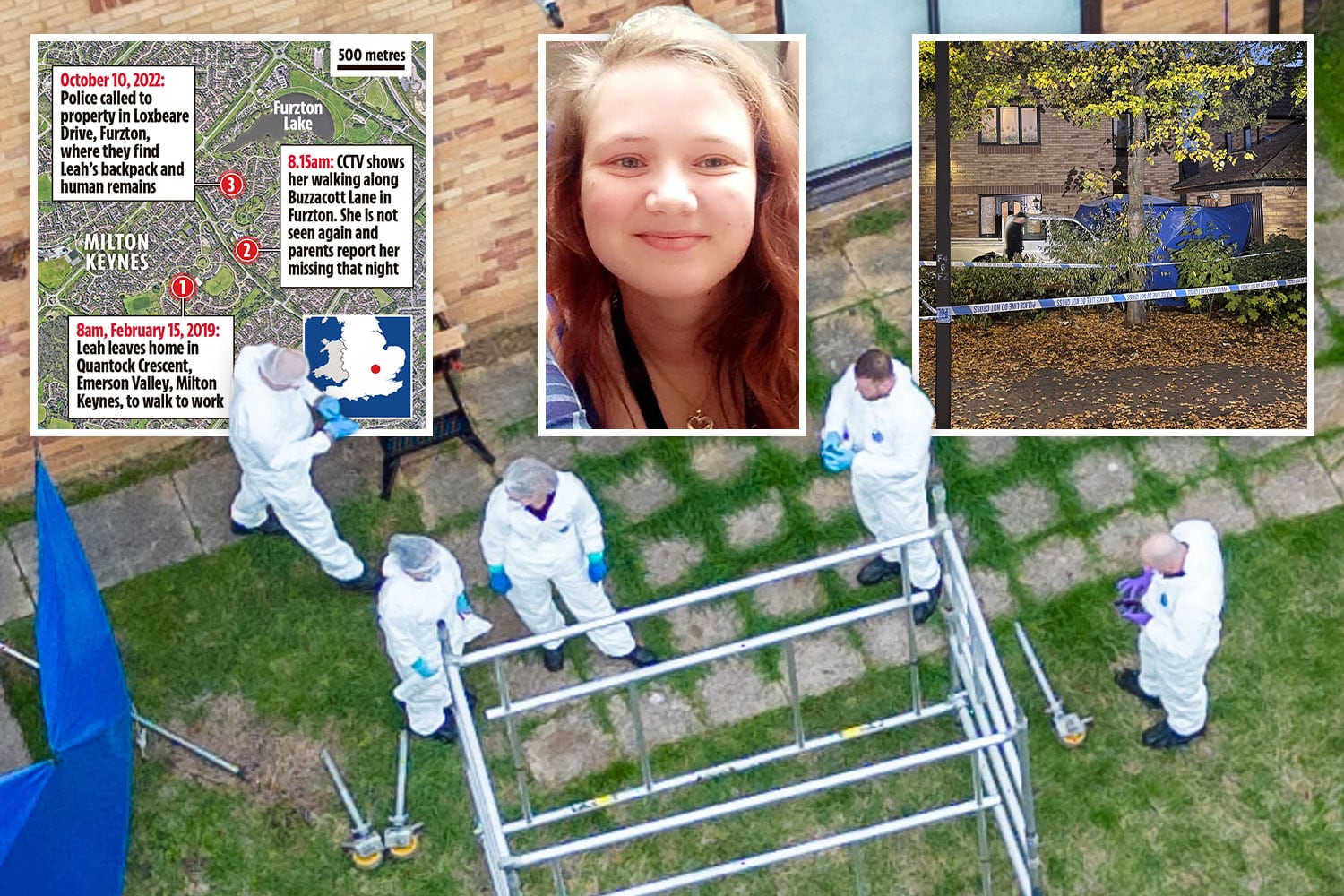 Elsewhere there is a 10-metre-long "data science engineered pool", jacuzzi, plentiful sundecks, and room for twenty guests served by 24 crew.

Instead, Van Ham and his team brought in a palette of backlit marbles and onyx, – surfaces formed of liquid metals.

They add that warm neutral tones were chosen for the fabrics to evoke a spirit of “calm relaxation.”

Slice's propulsion system will be powered by four dual-fuel generators which have been modified to run on both methanol and non-fossil diesel.

The generated power will be delivered to two marine propelled pods.

The maximum speed is thought to be 18mph, with the range depending on what fuels the owner opts for.

In other news, a boatbuilder has unveiled designs for a £22million superyacht that can also travel underwater for four days.

Plus, take a tour of Magic Johnson’s $138million superyacht Aquila – equipped with a nightclub and cinema room which you can hire for $1m-a-week. 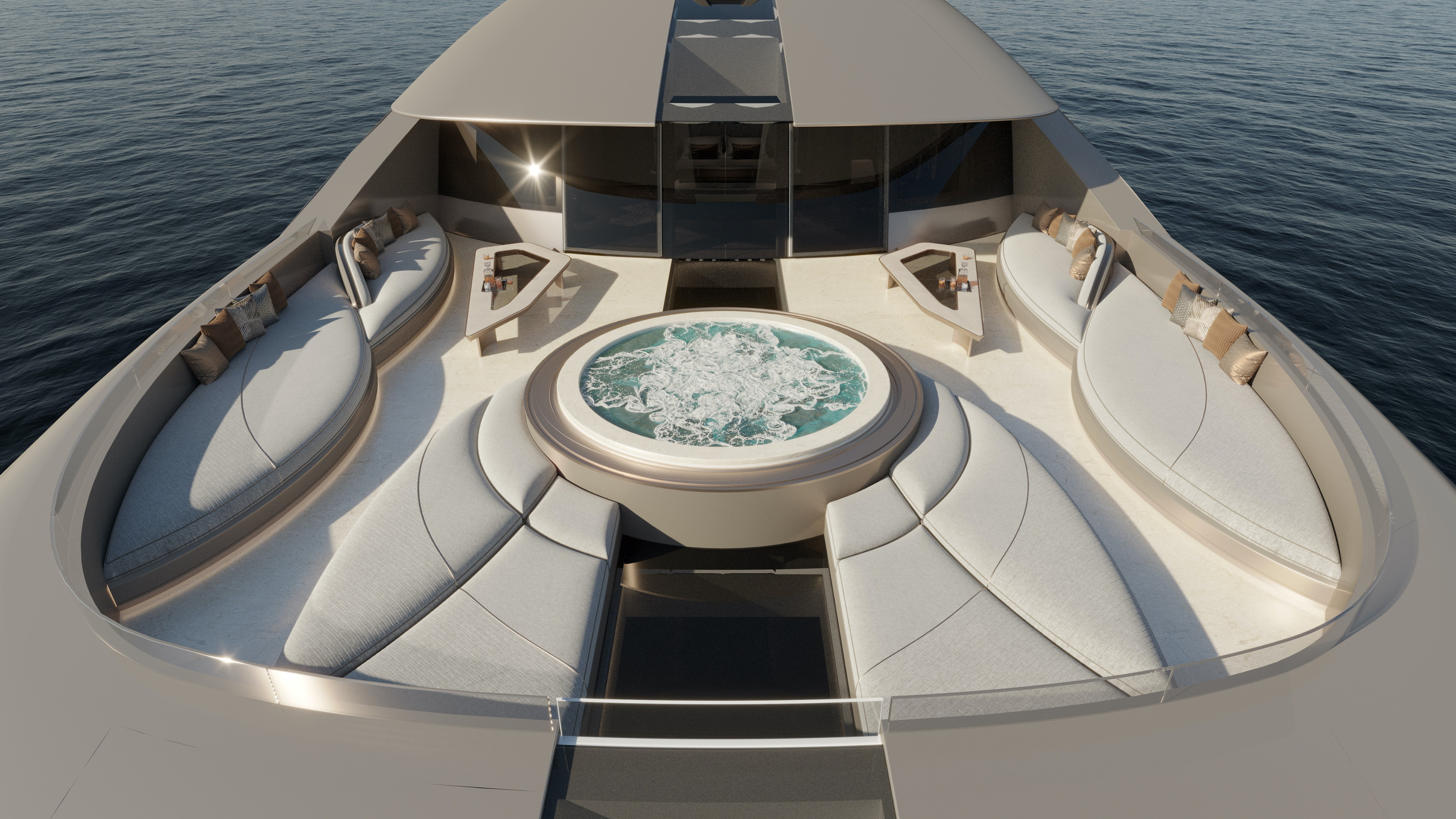 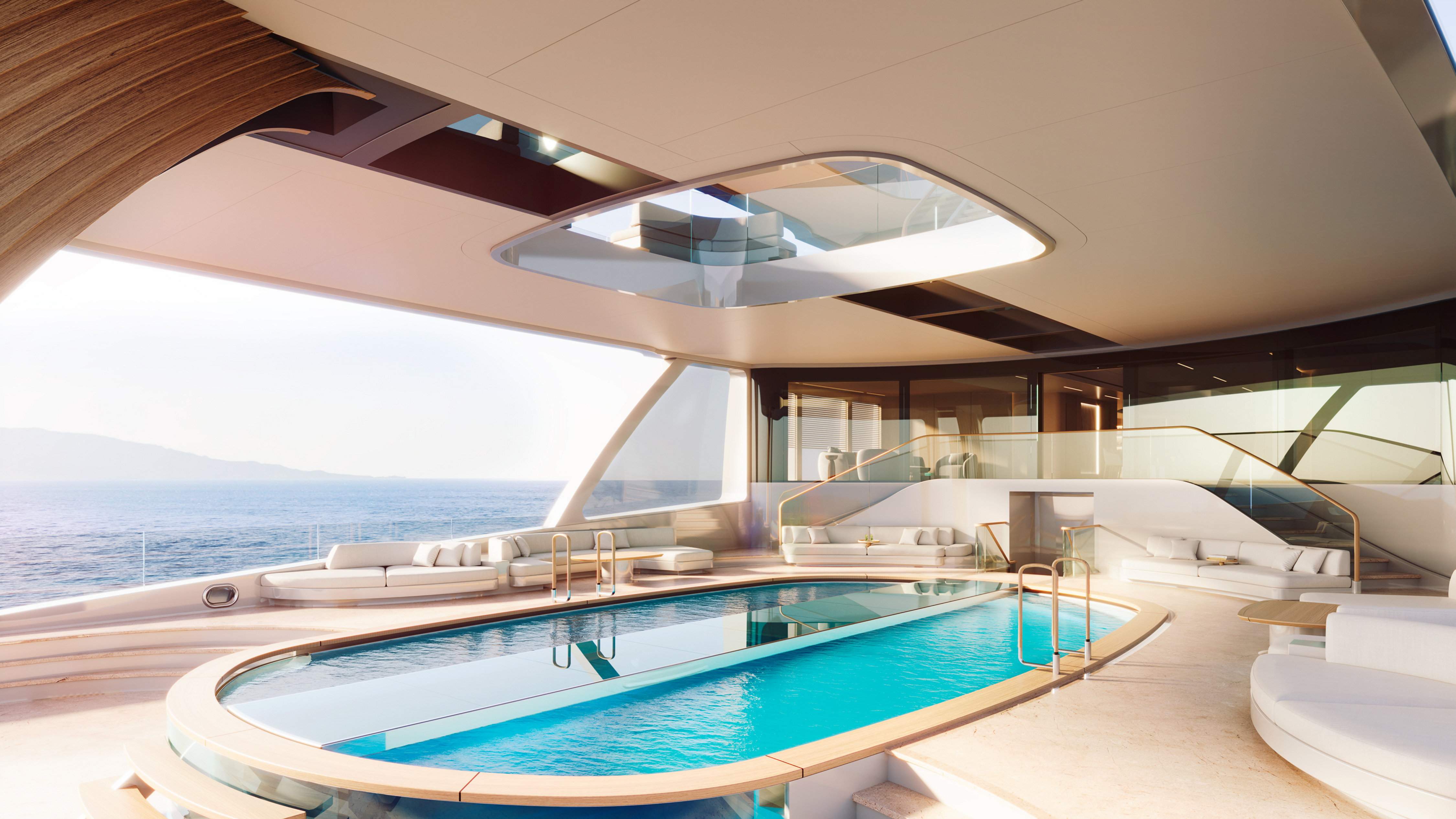 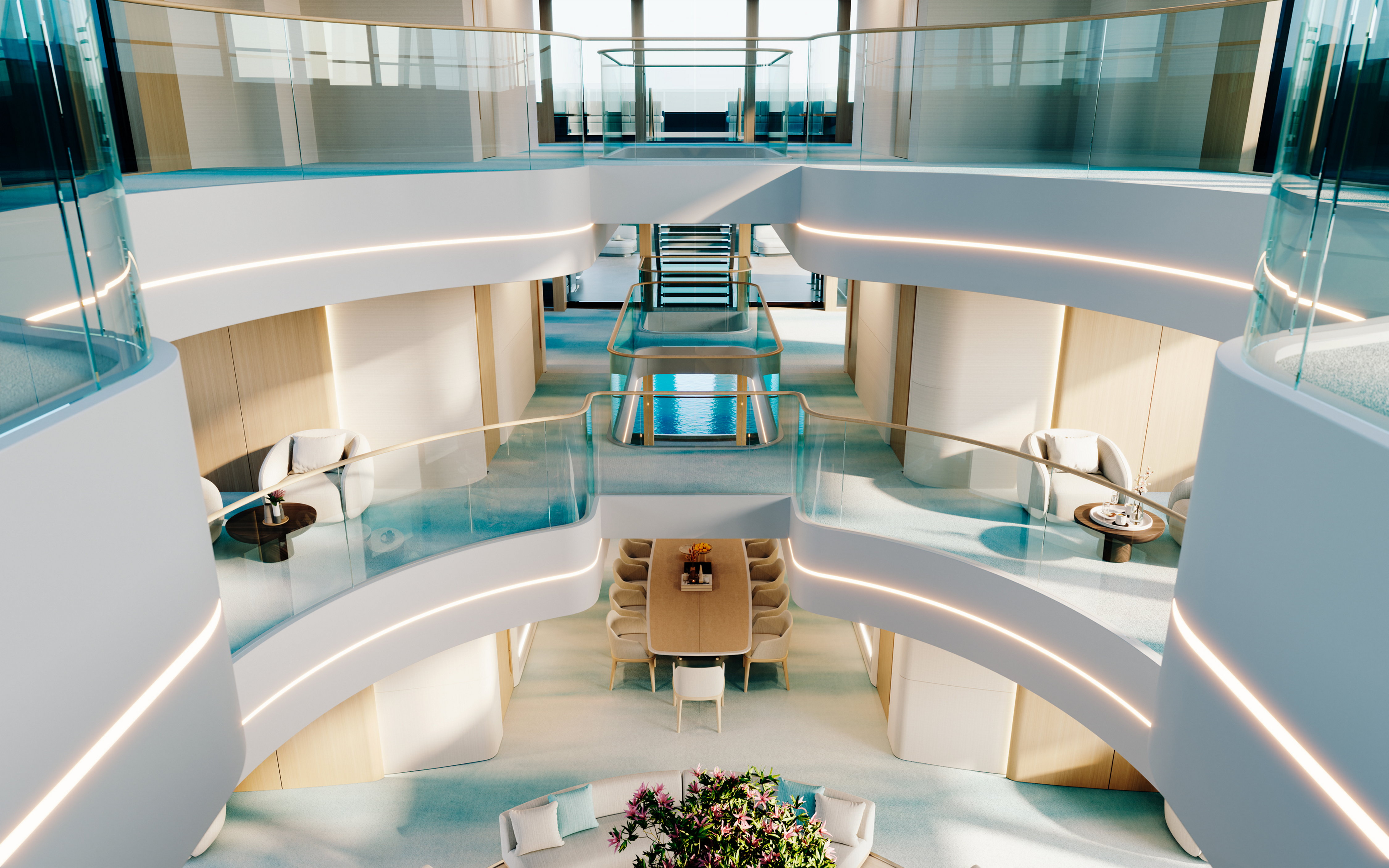 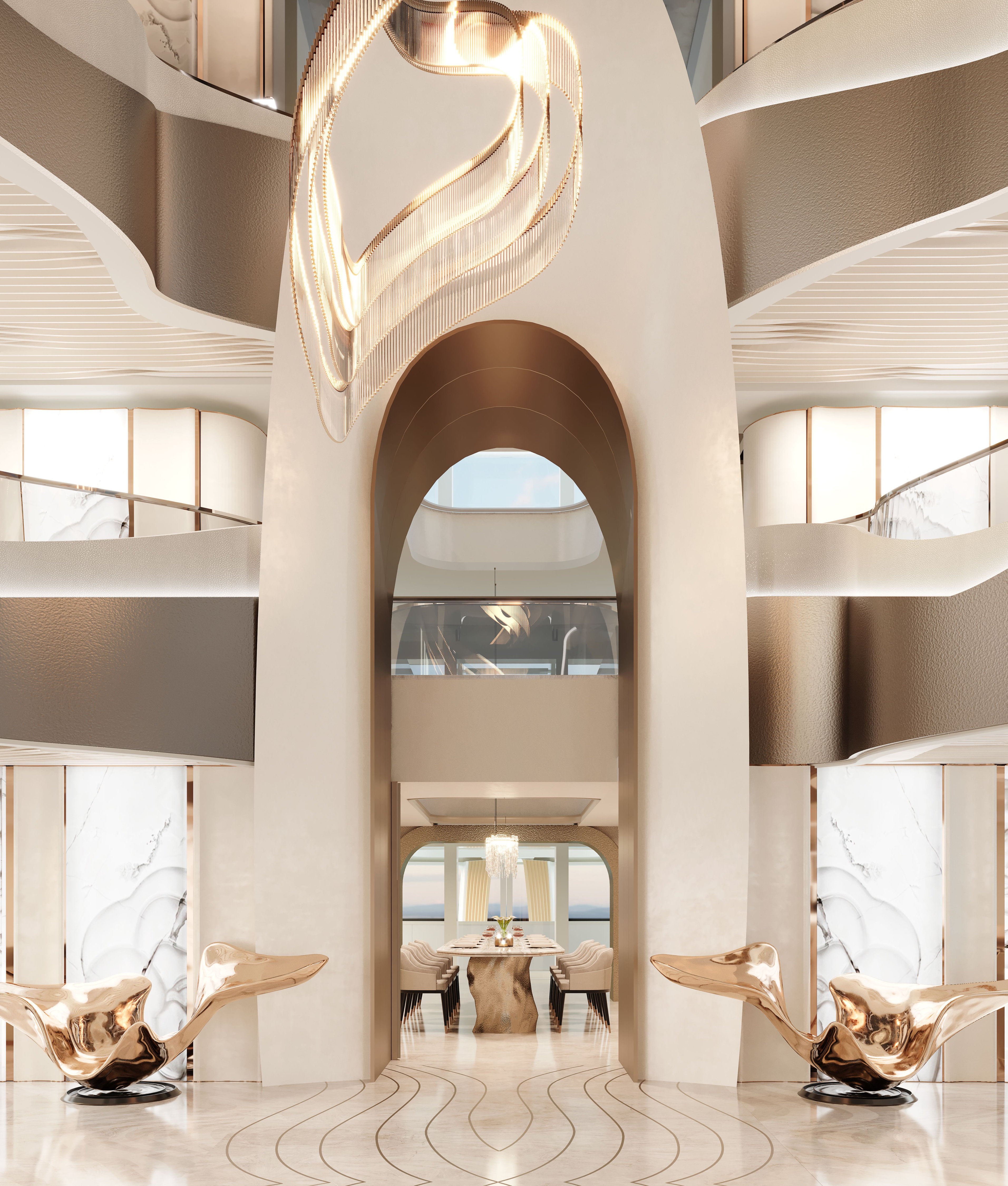 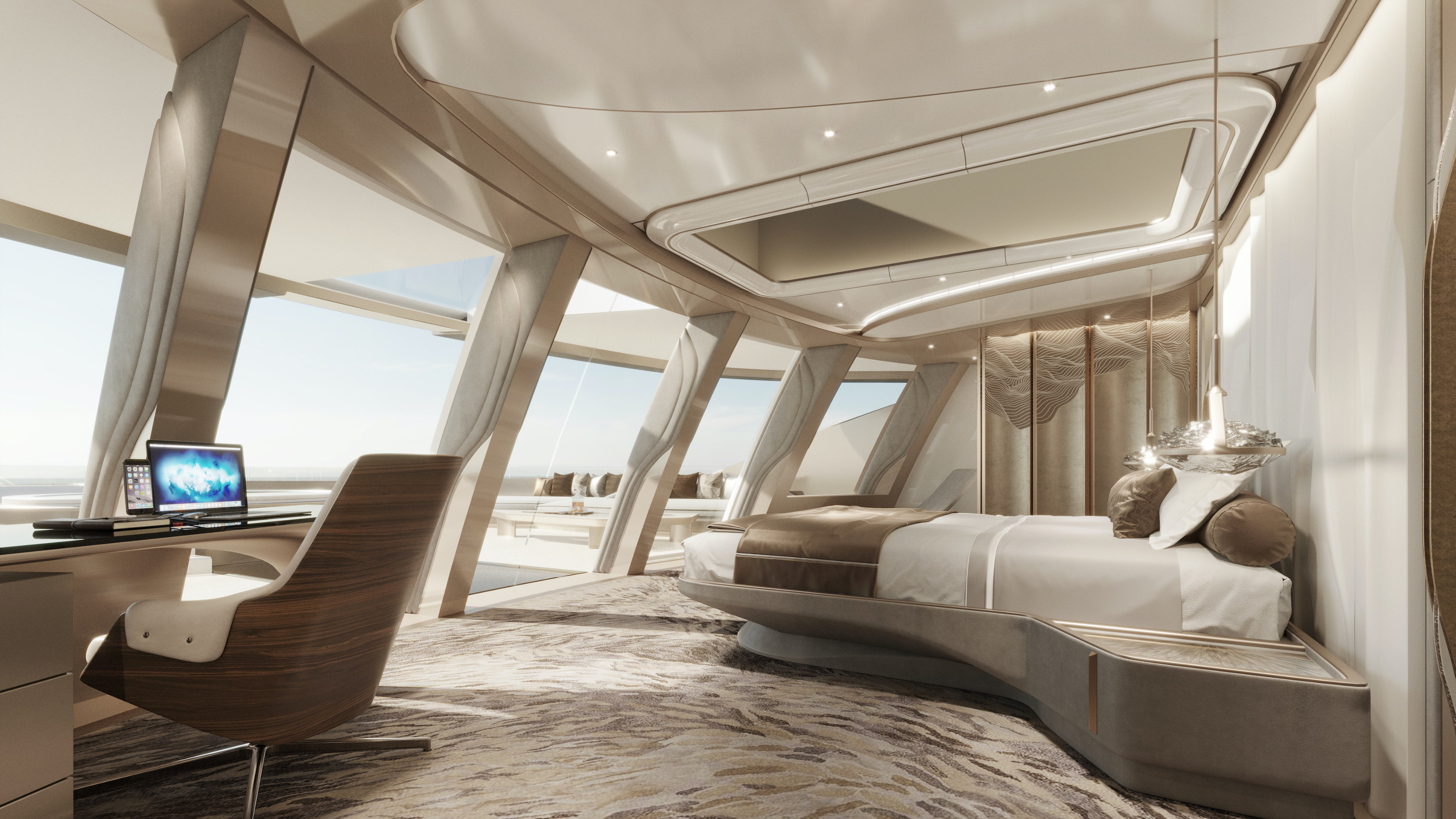 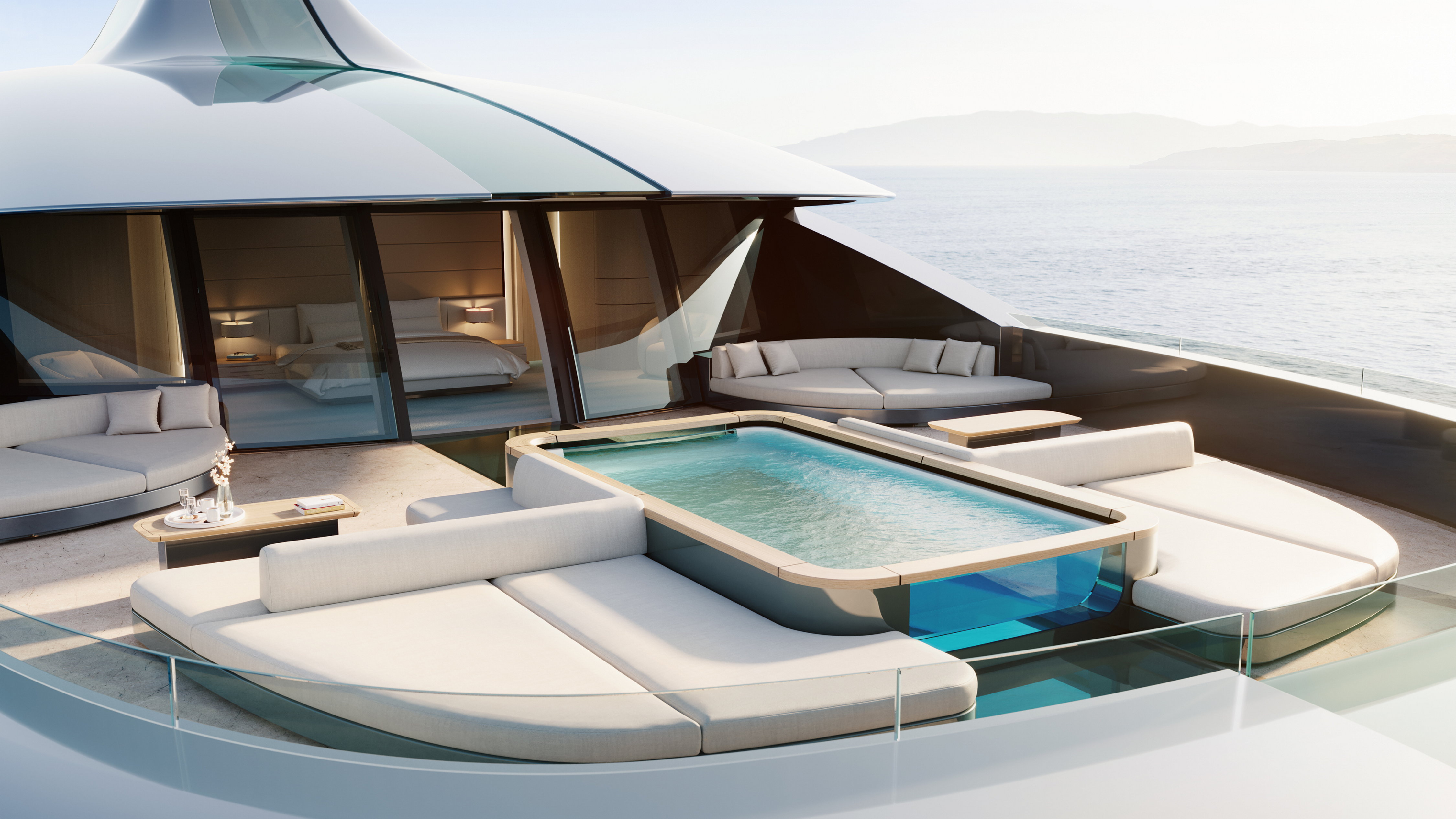 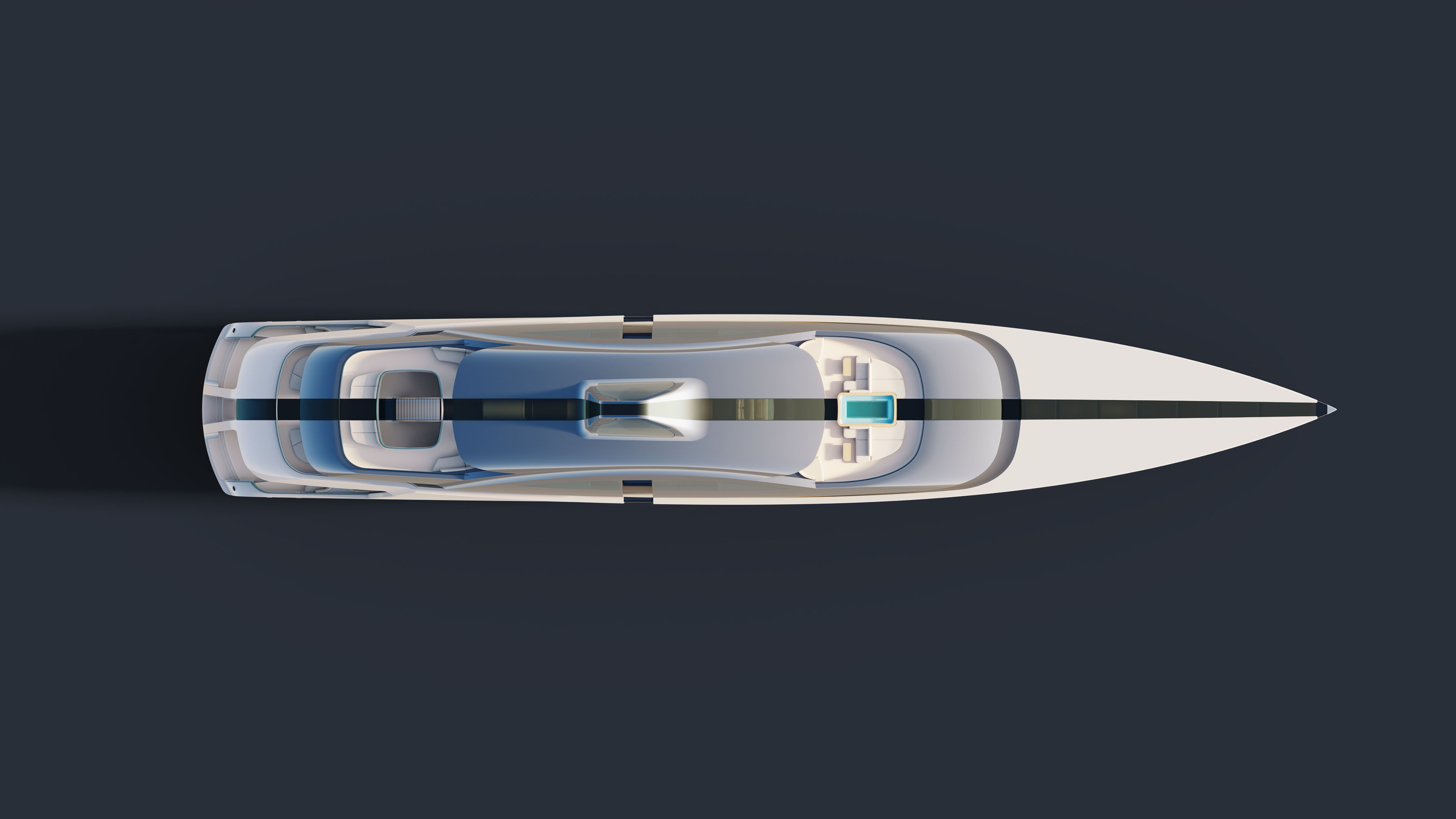