Jakarta: Australian beef farmers will see the tariffs on their meat exports to Indonesia cut to zero under the free trade agreement recently signed by the two nations. 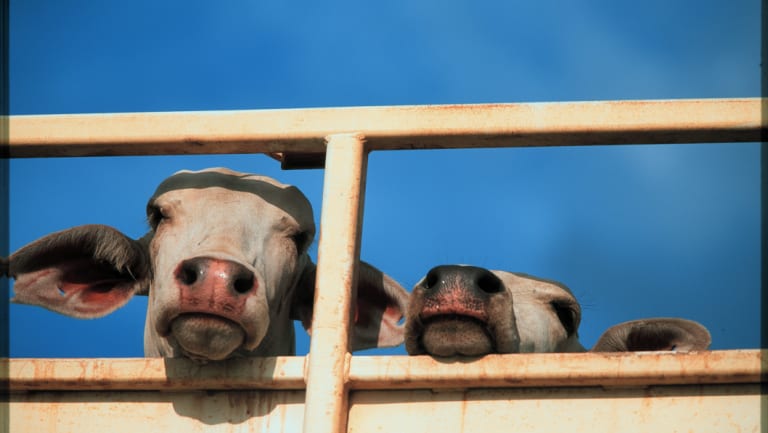 Cattle wait on a road train in Darwin to be loaded onto ships for live export.

Tariffs on boxed beef – nearly 50,000 tonnes of which was sold last year – will fall from 5 per cent to 2.5 per cent when the deal is formally signed off, and then down to zero by year five.

Farmers will also be able to plan their for the longer term, with Indonesia's requirement for exporters to acquire a quarterly permit formally replaced by a system of annual permits.

These changes – additional details have emerged only in the days since the free trade deal was finalised – will all deliver benefits to Australian farmers, according to Cattle Council Chief Executive Margo Andrae.

And they come at a time when the drought, a weaker Rupiah and cheaper imports of Indian Buffalo meat are all hurting the live cattle and frozen beef trades. 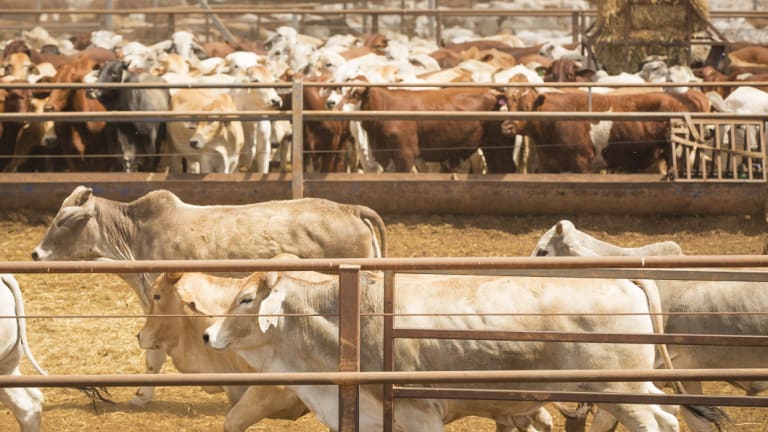 Cattle bound for live export at an yard south of Darwin after the Indonesian government issued another 50,000 permits for live cattle out of Northern Australia last year.

In her first visit to Indonesia, Ms Andrae has been touring the feedlots and markets, and meeting with local producers to understand the complexities of a trade that is vital to both countries.

The system put in place after the infamous – and diplomatically disastrous – suspension of the live cattle trade by the Gillard government in 2011 now means there are about 100 abattoirs that have been certified to slaughter Australian cattle.

Even in 2018, Ms Andrae said, the importance of the live cattle trade to Indonesia is still stressed by authorities.

"It's a key message from every Indonesian government official we've met. And for northern Australia, it's a vital trade too."

"They [Indonesia] will never be completely self-sufficient [for beef]…they are quite open about that, they just don’t have the land mass."

"But they really want to build their own herd here, and Australia has those technical skills too."

But it's the combination of drought – which has reduced the number of cattle being farmed – currency fluctuations and cheaper Indian meat that most concern her.

Fresh beef sourced from Australian live exports costs about $11 per kilo, while frozen Australian beef is about the same price, but prices can rise much higher for premium wagyu.

"The thing I've heard from every producer is that the price of Australia cattle is just too high for them. So we have been explaining about the drought, and [how that has effected] supply".

In addition, the Indonesian government caps the prices that feedlots, abattoirs and retailers can charge for beef.

Some local producers in Indonesia can't understand why Canberra won't do the same, to help beef exporters remain competitive.

Ms Andrae has had to explain to locals that the Australian government doesn't interfere with or set beef prices.