An award-winning Iceland store manager who tried to sue the supermarket after quitting was found to have ‘coerced’ colleagues into smearing his boss as a racist.

Gurpal Singh, who managed the frozen food retailer’s store in Hounslow West, London, claimed he was the victim of racial discrimination, harassment and unfair dismissal after quitting his job in October 2020.

The 36-year-old, who had won a company award proclaiming him to be the ‘Best Store Manager of 2019’, alleged Marc Fensome called him a ‘bloody liar’ and that he told colleagues: ”.

But the father-of-two’s claims were thrown out by an employment tribunal after inquiries found he had tried to influence workers at his store into backing him and edited their statements.

The employment tribunal, based in Watford, heard Mr Singh had made the discredited allegations after learning he was facing a disciplinary investigation over claims he was barely in work and only hired Punjabi people. 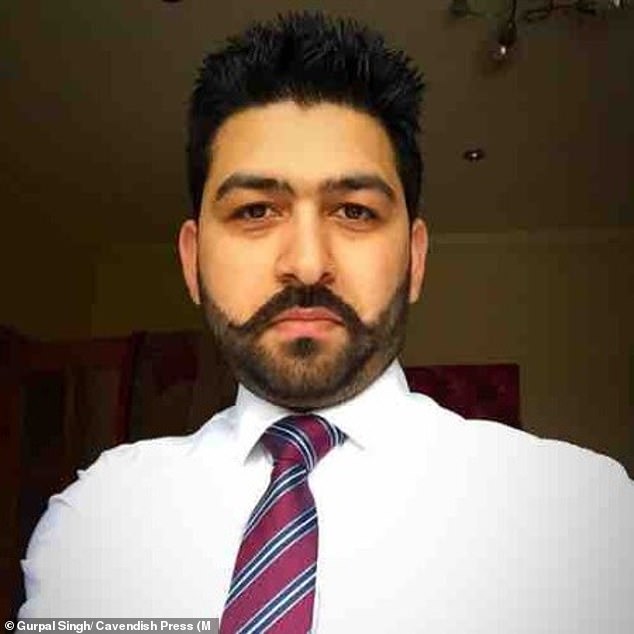 Gurpal Singh (pictured) claimed he was a victim of racial discrimination, harassment and unfair dismissal from his role as manager of an Iceland store

It heard that Mr Singh had joined the firm in March 2015 as a trainee store manager at its store in Edgware, London, before transferring to Hounslow.

Issues began in March 2020 when Mr Fensome who had responsibility for 14 area managers, 6,500 staff and almost 200 stores was contacted by a female colleague of Mr Singh.

She alleged staff were being paid for ‘excessive hours’ whilst he worked for short periods and that Mr Singh only recruited Punjabi staff, never worked late and refused to wear his uniform.

The 46-year-old dispatched another manager to investigate the claims but when two other anonymous complaints about Mr Singh arrived, he decided to to visit the Hounslow West store himself. 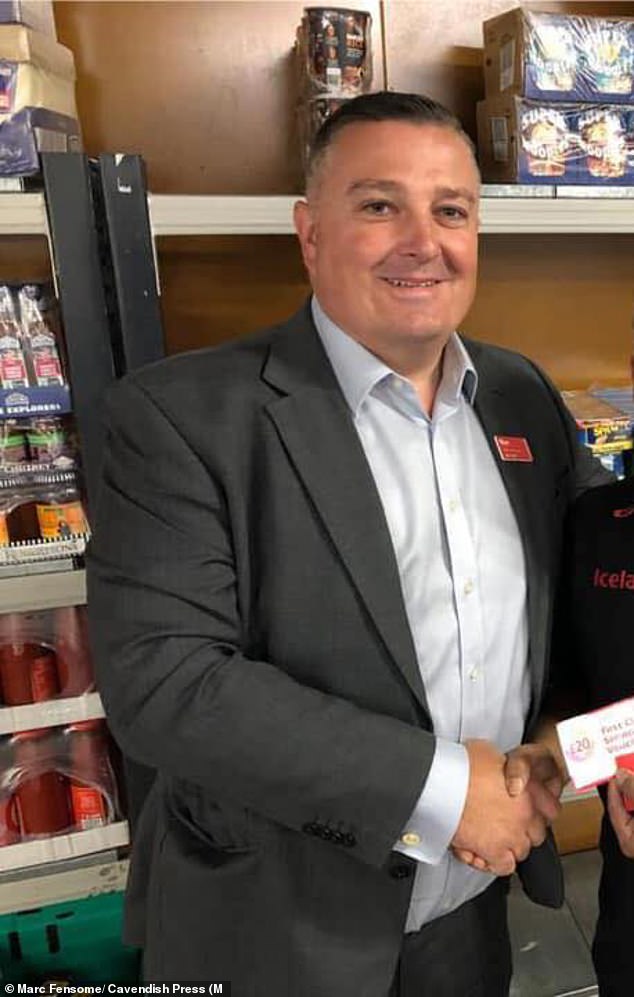 Mr Singh claimed that his boss, Marc Fensome (pictured) called him ‘bloody liar’ and alleged he said: ‘He only works with his own people’. These claims were thrown out by the employment tribunal

Mr Singh was on his day off on the day of the visit, but went in after being alerted by a security guard while he went past the shop by chance.

Mr Singh claimed that during the ensuing discussion with Mr Fensome, his boss called him a ‘bloody liar’ when he told him he had not been called by anyone about the visit.

He also claimed Mr Fensome told a colleague words to the effect of: ‘Is the claimant good because he is working with his own people.’

Mr Fensome denied making the remarks but the hearing was told other staff members at the store were ‘coerced’ into making statements saying they heard them.

Iceland’s head of HR later spoke to Mr Singh who insisted he had been left ‘humiliated’ by Mr Fensome. 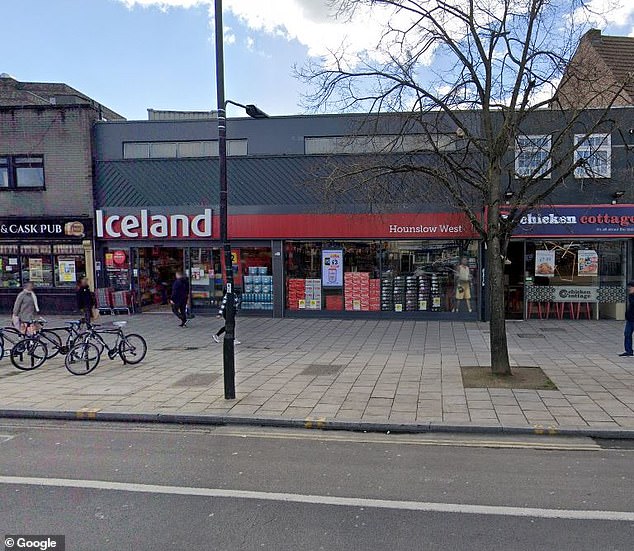 Mr Singh made the claims while he was being investigated by the company for how he was running the store in Hounslow West (pictured), after workers complained to the company

But his case began to unravel when an apprentice manager at the store admitted she was worried because some of the things she had originally said were ‘not true’ and that she had been ‘influenced’ by Mr Singh and another staff member.

In an interview the apprentice, known only as BR, said: ‘The manager called me into the office and then he said: “tell me what happened the other day” and he started writing.

‘I tell him exactly what happened the other day but he added the “bloody liar” phrases to make Mr Fensome look like a racist person.

‘He wanted to make Marc out to be a racist person so he added “bloody liar” and he told me to say he looked unprofessional.

‘These two things were added as extra to my statement.’

Another worker said Mr Singh and another colleague had attended her home knowing she was a witness in the investigation whilst a third retracted claims she made against Mr Fensome saying Mr Singh had ‘told her to say that’ and adding she was scared of what he ‘will do now’.

He quit in October 2020 accusing Iceland of a ‘repudiatory breach of contract’ and alleging racial discrimination before unsuccessfully taking the case to a tribunal.

Tribunal Judge Isabel Manley said: ‘The claimant’s income is relatively limited at the moment. He is paying the housing costs of his ex-partner and two children including paying the mortgage for a home where he no longer lives.

‘He also pays some running costs for that home as well as come contribution towards groceries. He now lives with another partner and child.

‘The tribunal agree that there was little or no evidence to support claims of racial discrimination, particularly in light of the fact that the comment the claimant alleged had been made by Mr Fensome was not made.

Iceland tried to claim back some of its legal costs for the case against Mr Singh, with its lawyers saying Mr Fensome was subjected to ‘severe negative impact’ but the judge refused, saying costs orders were ‘not meant to be punitive.’

‘The respondents’ case is that we should consider a contribution towards their costs which are a little over £25,000 and it is suggested we might want to consider around a half of that,’ Judge Manley said.

‘We have considered this with some care but we also have considered the fact that the respondents did not provide the claimant with a costs warning which might well have assisted him with considering whether to continue with this case.

‘It is possible that the claimant might have not realised there was a risk of costs being awarded against him and we are also mindful of the fact that a costs order should not be punitive. We have decided with some hesitation, not to make an order for costs.’