WHEN Gretchen Davis chose to go back to work after 22 years as a housewife, she didn’t decide to get a part-time job in a cafe or shop.

Instead, the Arkansas mum became a gun dealer – negotiating international arms and weapons deals worth up to £1.6 billion a time. 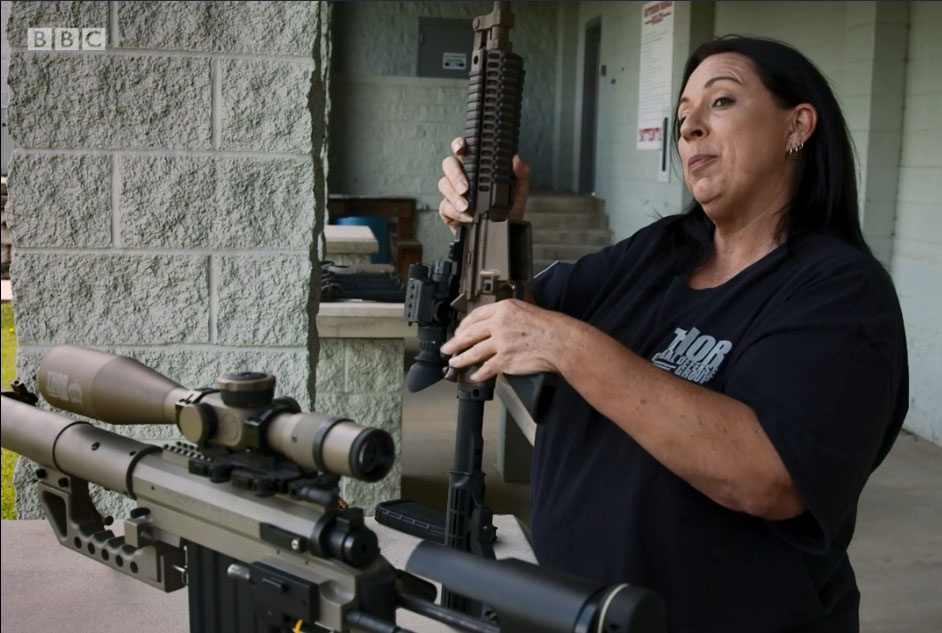 In BBC3’s Stacey Dooley: Face to Face with Arms Dealers, which airs today, the Strictly star investigates whether the weapons they sell are protecting or killing us.

It takes her to the southern state where more than half the population own a gun.

But it's not just the local market who are interested in what Gretchen's business, Thor Global Defence Group, can offer.

America is the world's biggest exporter of arms and the industry is worth £14billion a year to the US economy, employing 50,000 workers and Gretchen's company sells to more than 100 countries – over half in the world.

If someone wanted a 40-feet shipping container of AK47s, Gretchen is who you go to for it.

At her workplace, which looks like a gun shop with a shooting range, she reveals she has grenade launchers stored downstairs. 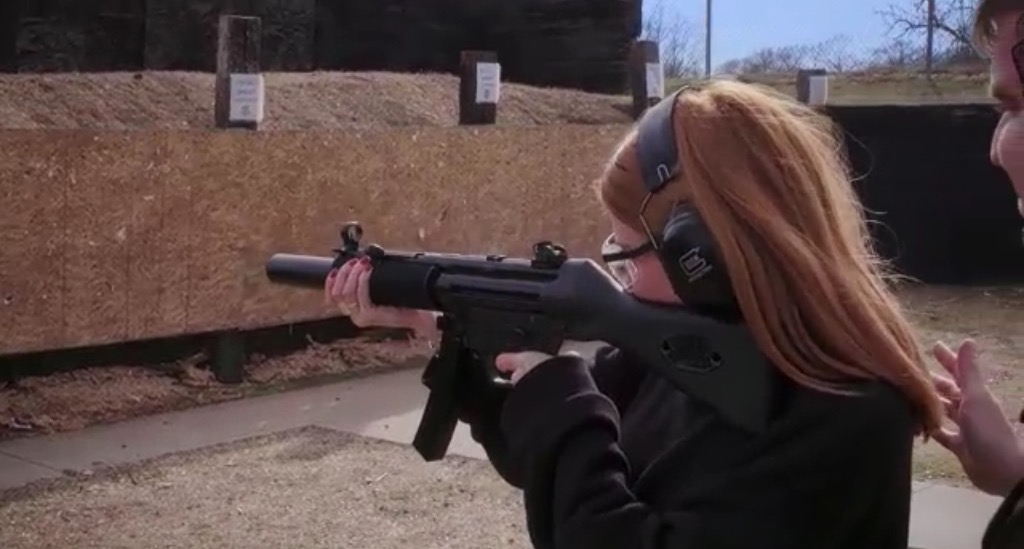 “As an American we are born and grow up being taught about guns,” she tells Stacey.

“I can’t imagine living in a place that I didn’t have the right to strap a gun on and not be a victim.”

"I won't go to London – it's too dangerous. You guys have a real problem with terrorist attacks, rapes are very high, stabbings." 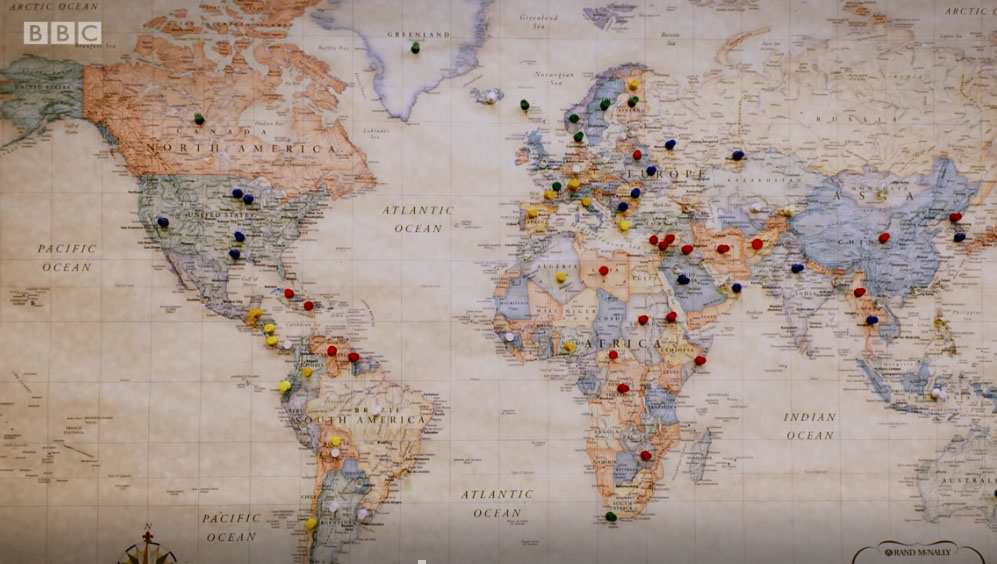 Gretchen has no military background but reveals she decided to swap domesticity for life in the male-dominated and secretive arms industry after her brother, Alan, narrowly avoided death in the 9/11 terror attacks in 2001.

They were watching the attacks on the news when they realised that Alan could have been one of the planes that crashed into the Twin Towers, killing everyone on board.

“I’m frightened I can’t defend the people I love. I pray for the best and prepare for the worst.

"But it is absolute sheer defence. I want military to have quality weapons, and defend people like you.” 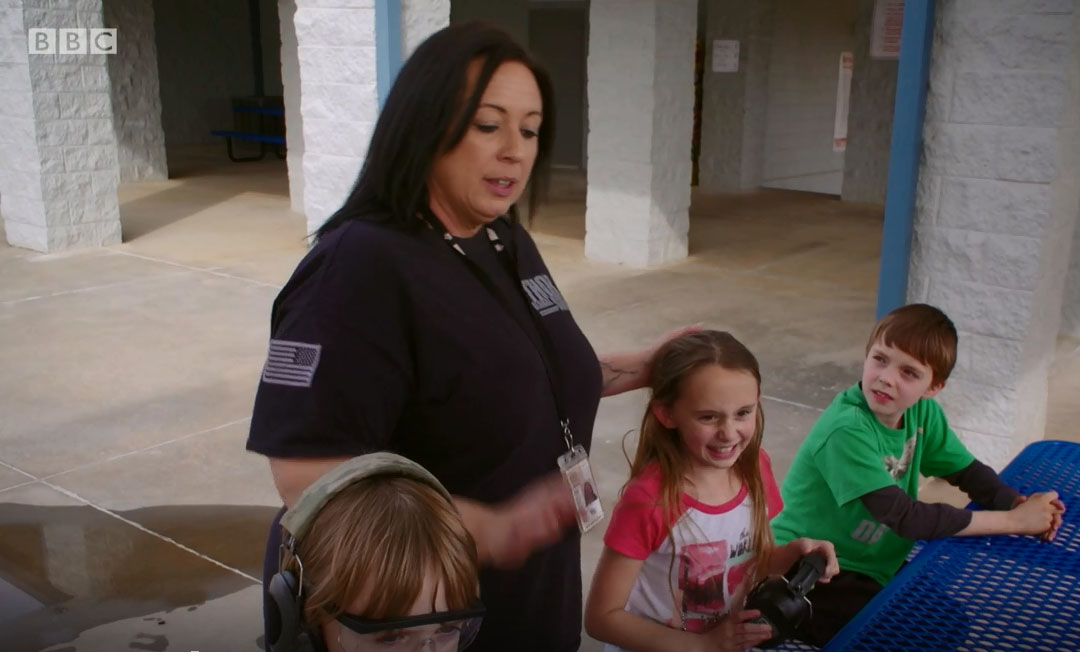 Although she admits she is “frightened of guns”, Stacey is given a lesson in shooting a rifle and Thor’s most prestigious gun, nicknamed Pandora.

She says: “I feel really uneasy and awkward around guns” but Gretchen reassures her, saying: “You’re getting the same training sessions our kids go through. We are going to teach you right along with our children, with my daughter, she is 10.

"If the time comes you have to drop the camera and pick up a weapon you’ll know what to do with it.”

Despite her initial reluctance, Stacey surprised herself with her “delighted” reaction when she hit the targets. She also concedes that she does feel safer when in dangerous places with people who carry guns.

Stacey sees eight-year-old Richie, the son of the company's CEO fire a gun. He tells her it feels "awesome"and that he wants to be a sniper when he grows up. 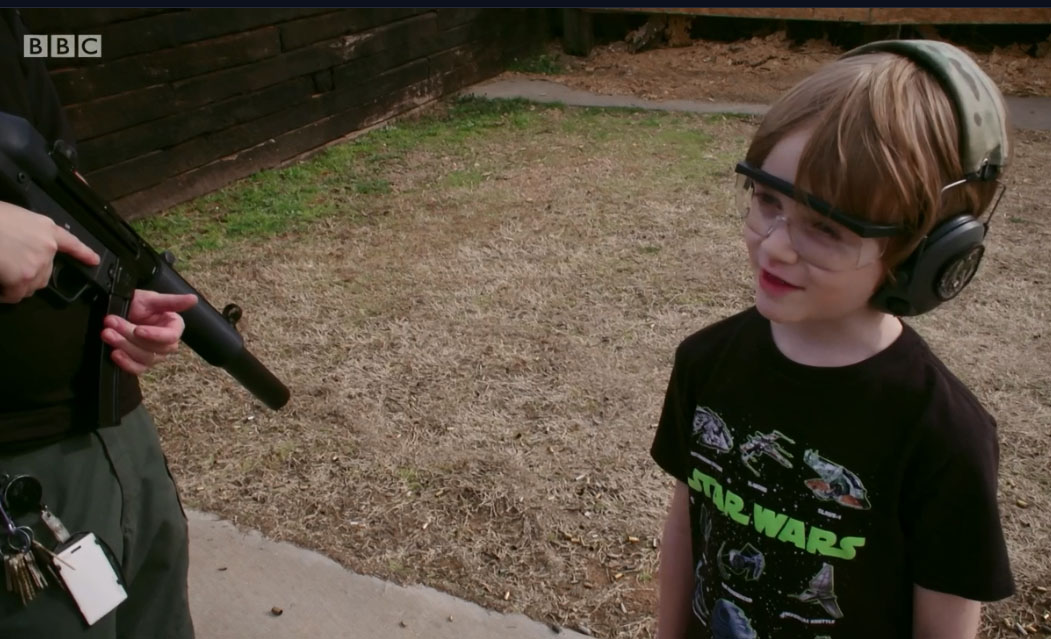 10 years in prison for wrong paperwork

Stacey also visits the manufacturers where she meets factory owner, Wade, who takes her through the process of producing weapons to meet Thor’s specific requirements.

Wade explains the serial number of the gun means it can always be traced. If the gun is used for criminal activity, Thor will stop selling to that client.

The company takes two weeks to produce 30 rifles, which cost around £12,500 each.

To test them, each gun is fired 40 times as part of the company's “internal policy”, before it is wiped to remove fingerprints, packaged and sent to the client.

Only three components are needed to make a bullet: the case, powder and projectile.

Although making weapons is a vital part of their work the most important part is the paperwork, which if not completed correctly could see Gretchen face serious consequences.

She said: “We follow the rules. We can lose our licence or go to jail. It’s a federal offence. It could be 10 years per weapon if paperwork isn’t right.” 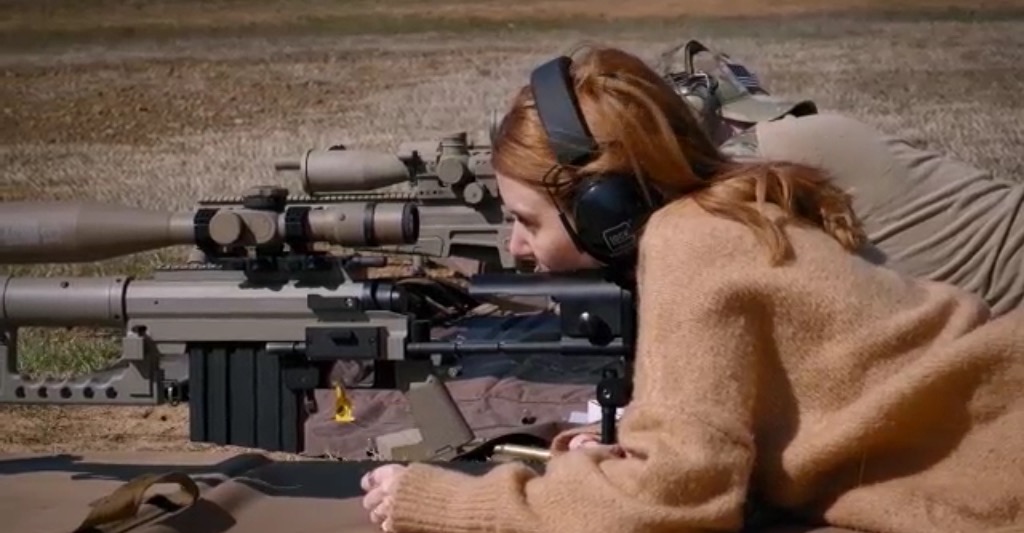 ‘We sell things that could cause massacres’

During filming for the documentary, the terrorist attacks at mosques in Christchurch, New Zealand, which killed 51 people take place.

Thor were in the midst of organising an order to a gun shop in New Zealand where the terrorists bought their firearms.

Before the attacks, New Zealand gun laws meant anyone over 16 could own a gun. In the wake of the atrocities, Thor’s order was put on hold.

Asked if the attack proves selling arms has dangerous repercussions, Payton says: “I don’t blame all car drivers for one drunk driver. You will find one [bad] person in every business, only we sell things that could cause massacres.”