A HORRIFIED resident has shared how she managed to escape the hellish inferno in Bronx that killed 19 people.

Ms Winter Thomas described seeing children jumping out the windows and people screaming after the devastating fire broke out at the New York apartment building. 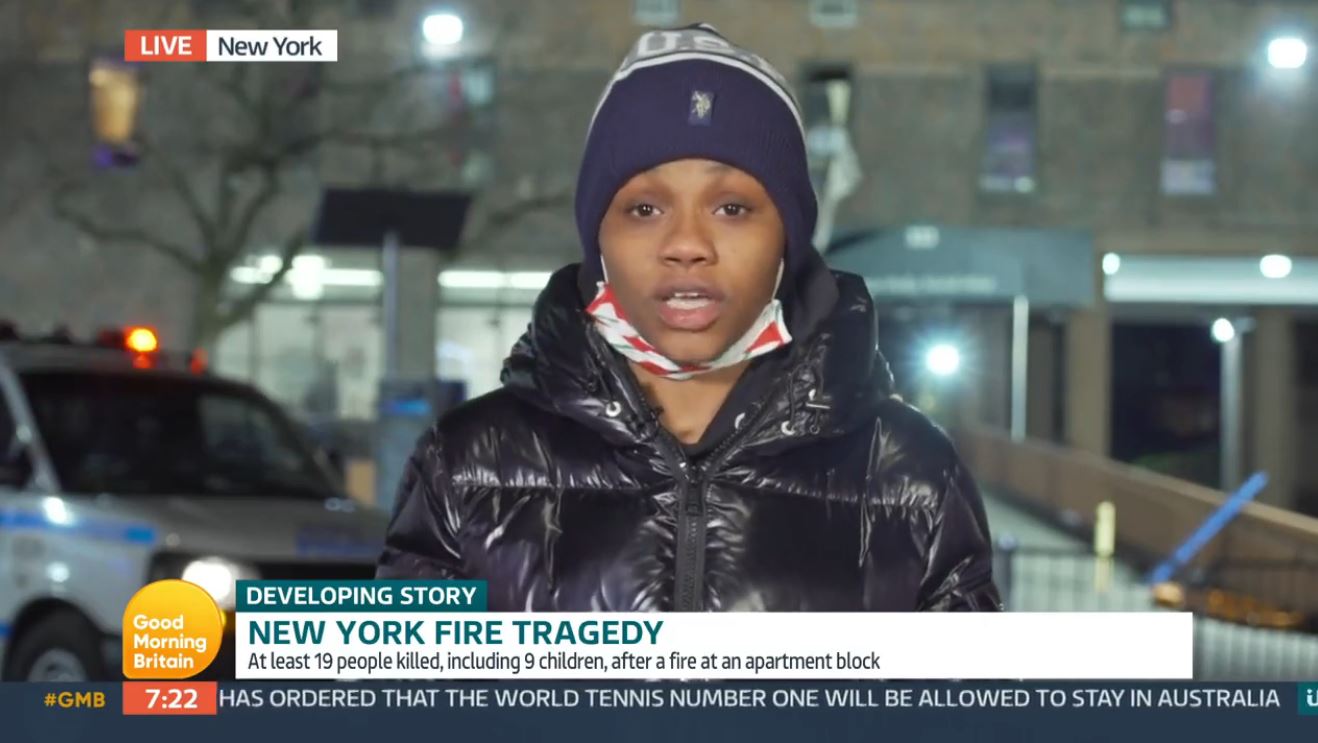 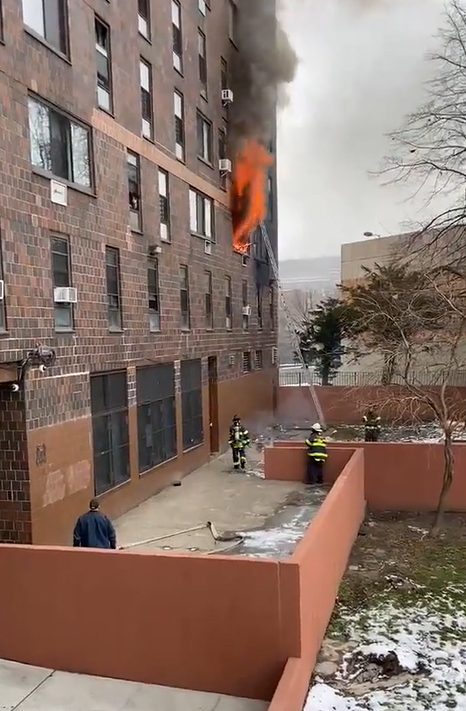 The blaze that broke out on Sunday has killed 19 people including nine children while over 30 have been injured.

Speaking to Good Morning Britain Ms Thomas explained that she was asleep when her little sister went into her room "screaming for me to help her."

The woman said she look out her window and saw flames and black smoke coming up while she described seeing people trying to escape by jumping out of the windows.

She said:"It was very, very devastating.

"It was just something you don't see in real life, it was something like out of a movie."

Dear Boris, fix things or admit being PM is too much for you, Yours Piers

According to NYC Fire chief Thomas J. Richardson, the fire was started by a portable electric space heater. A door was left open, allowing the fire and smoke to spread into the hallways.

The Bronx fire at Twin Park apartments at 333 E 181st Street started just before 11am ETin the bedroom of a third-floor apartment.

Approximately 200 firefighters arrived at the scene to fight the blaze and rescue people who were trapped inside.

The 120-unit affordable housing development is near Tiebout Avenue in the Tremont section of the Bronx.

Mayor Eric Adams described it as "one of the worst fires we have witnessed here in modern times in the city of New York."

"The numbers are horrific," said the Mayor.

FDNY Commissioner Daniel A. Nigro said that victims were found on every floor of the high-rise apartment building, as well as in the stairwells.

Ms Thomas added: "Everybody now is very hurt and astonished especially at the scene- all those dead people, kids, people in front of the building passed out, it was just a lot at one moment." 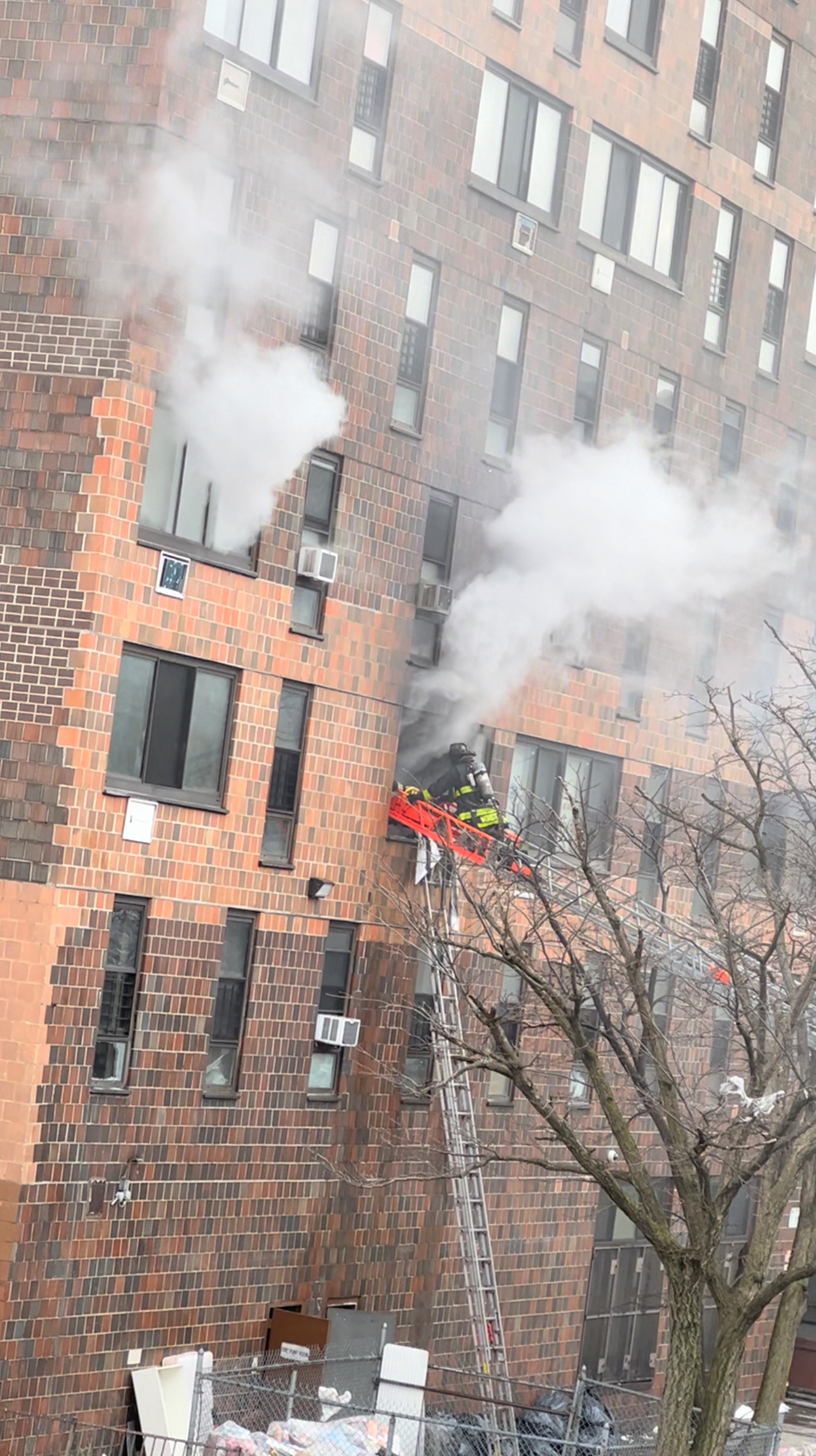 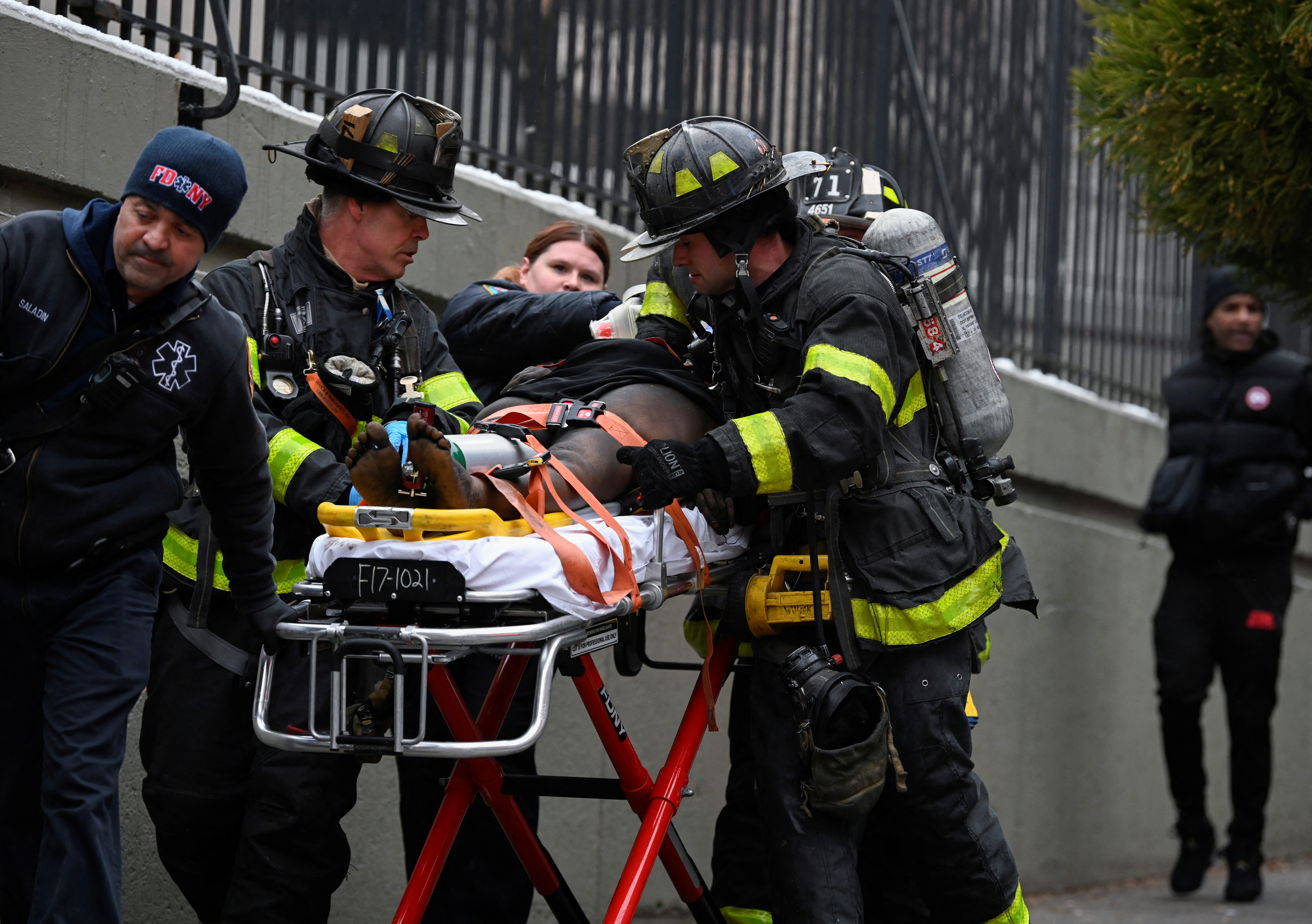 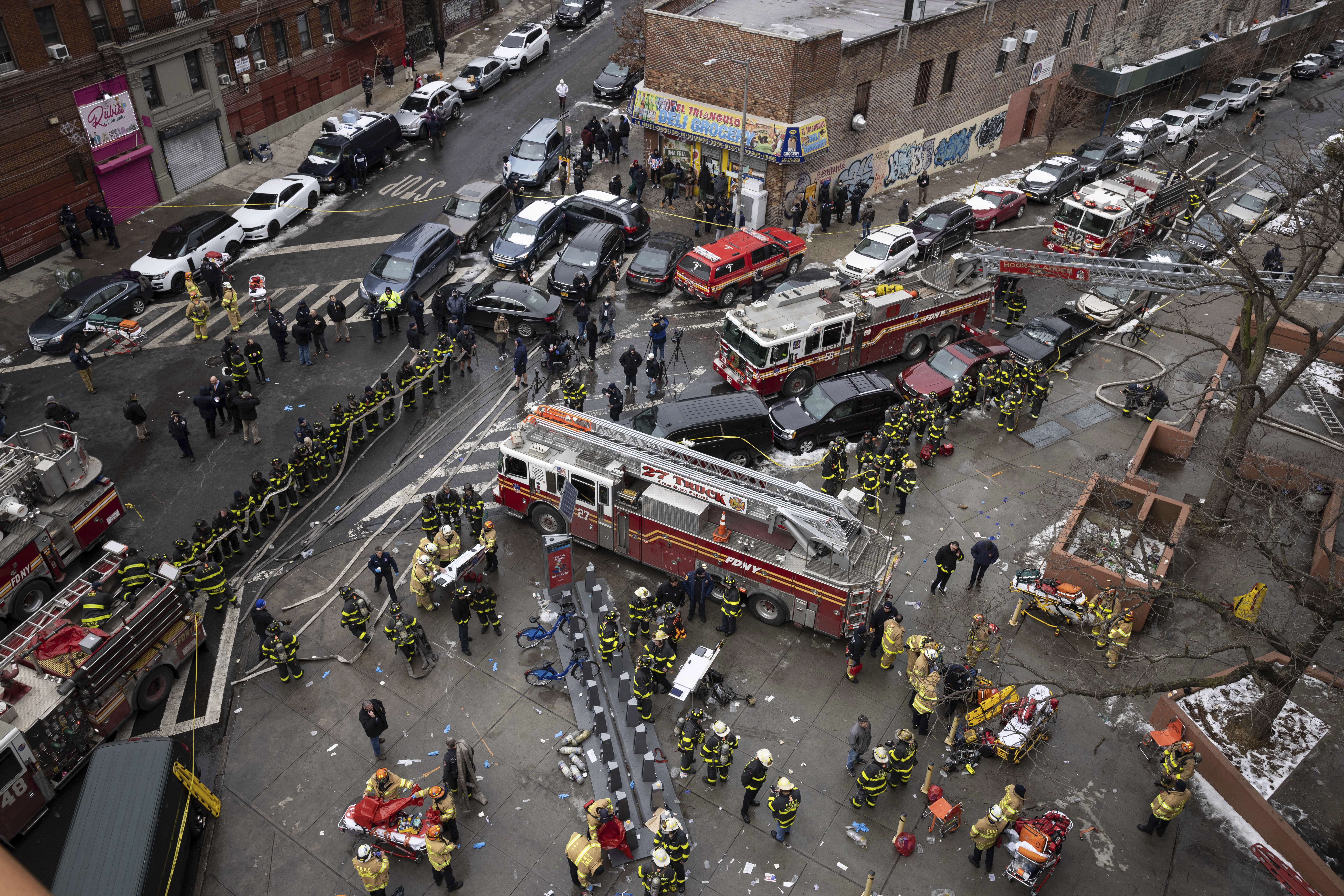