A YOUNG couple tried to buy a two-bed flat for £30,000 – but ended up with a derelict Scottish mansion by mistake after struggling to understand the auctioneer's accent.

Cal Hunter and Claire Segeren accidentally shelled out for the 120-year old property after trying to pick up a Glasgow apartment for a discount. 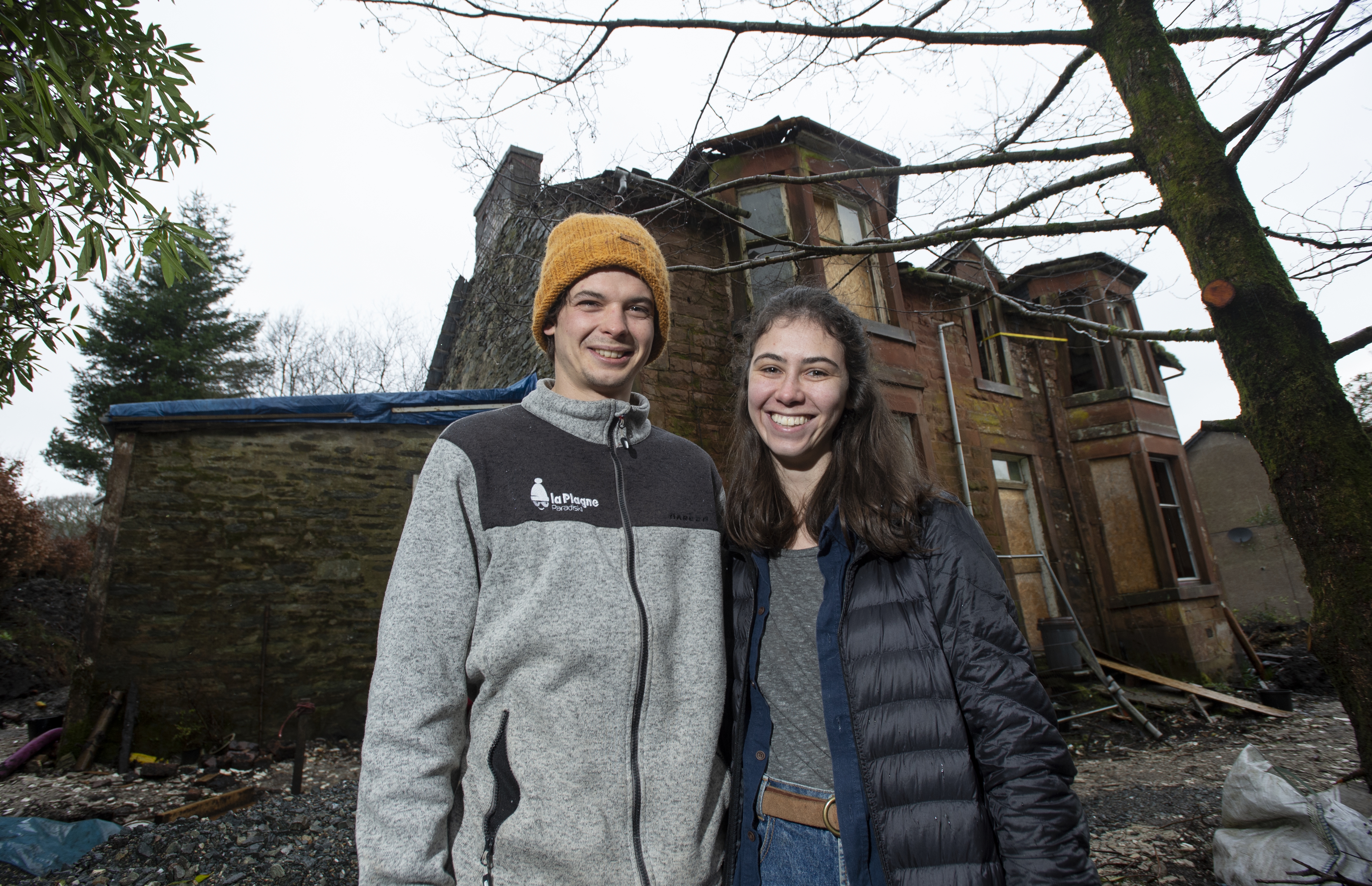 But despite their error, the couple, who had been to Scotland just once before, decided to commit to the purchase and revamp it entirely.

And they now live in a caravan in the grounds as they work on restoring the crumbling home.

Cal, who placed the mistaken bid after going to the sale alone, told the Guardian: "The problem was auctioneers speak fast, and this one had a strong Glaswegian accent: I was really struggling to follow."

A brochure left on seats contained the details for every lot, with a screen behind the stage displaying the corresponding number.

But when the couple's planned flat came up, the screen glitched. Expecting a bidding war, Cal raised his hand and found himself alone.

"I assumed people were tactically waiting," he said.

'I WAS FILLED WITH DREAD'

"I couldn’t believe it when nobody tried to beat my opening offer. Then a few things happened at once: the gavel fell, the screen switched on, and the bloke next to me asked in my ear, 'Mate, have you seen that place?'

"I looked up, and was filled with dread.

"The number on the page in front of me and the one on the screen were definitely not matching."

Still not knowing what he'd successfully bid on, Cal watched as the flat he'd meant to buy went for £87,000.

Panicking, he messaged Claire: "I’ve bought something but I don’t know what. Sorry. Could you have a look at it?"

Luckily, calm Claire was "unfazed" – despite a check on Google Maps showing just one angle of the property and plenty of hedges.

Auction bids in Scotland are legally binding, meaning the couple had to go through with their purchase.

On their first trip to the property, Cal admits his reservations only grew.

He joked: "I was excited at first, but then saw what we'd bought and thought, 'Oh Jesus'.

"Behind the overgrown bushes and a sign that read 'Danger, keep out' was a crumbling, rotting mess.

"There was mouldy furniture, graffiti on the walls and the ceilings were falling down; abandoned for 20 years, the water and electricity had been switched off – a chair had even fallen through the floorboards."

Making matters even more complicated, the couple had bought just half of the building, meaning they spent the following six months buying two more derelict units.

But since 2019, they've been working on their new home full-time – and say they wouldn't change a thing.

"We’ve taught ourselves everything from masonry to computer-aided design software, plumbing and electrics," Cal said.

"It’s a special place – if you’re going to accidentally buy a house, you couldn’t do it somewhere better.

"Given the chance to go back to that auction, I’d put my hand up for this house, no question." 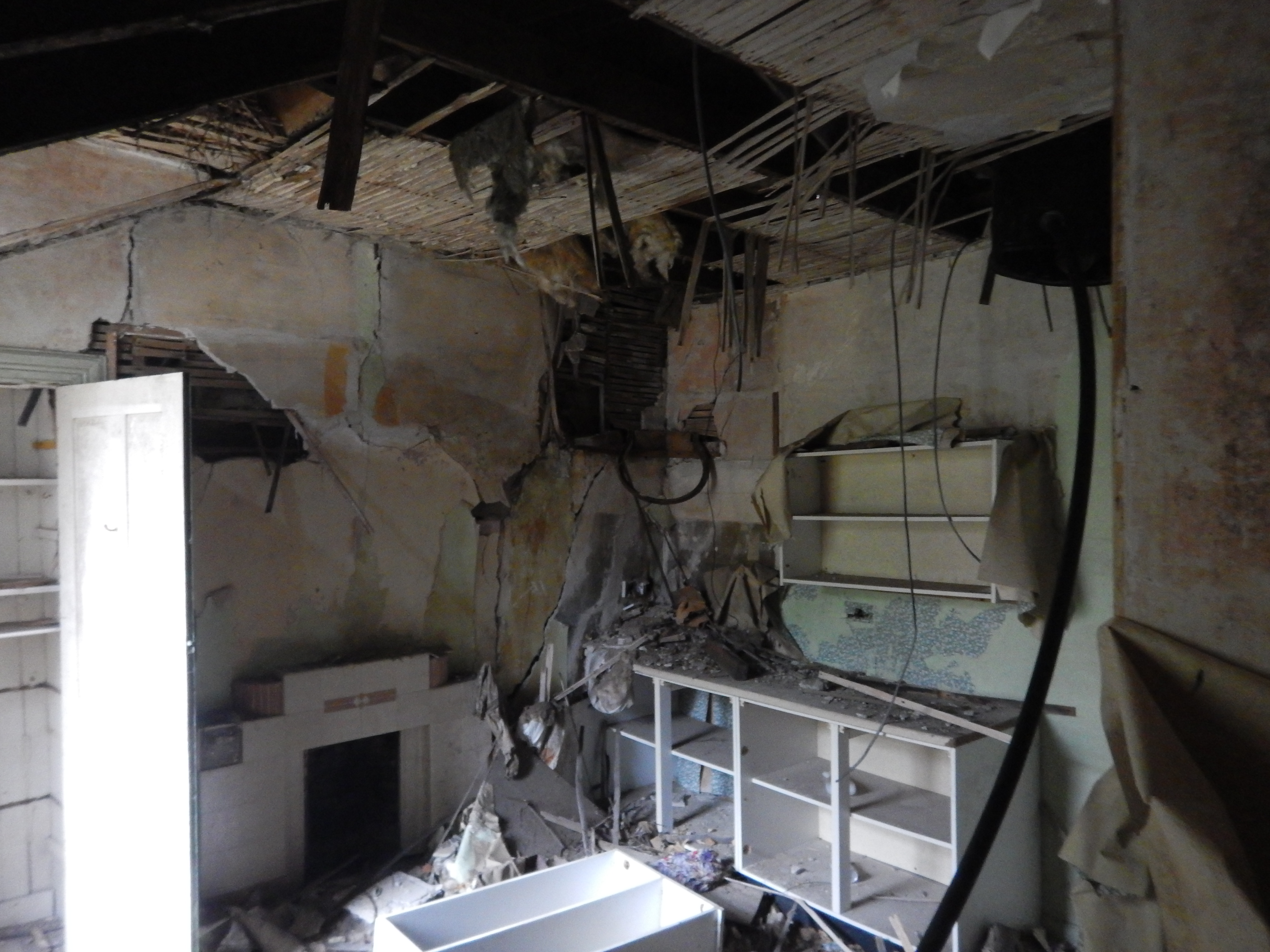 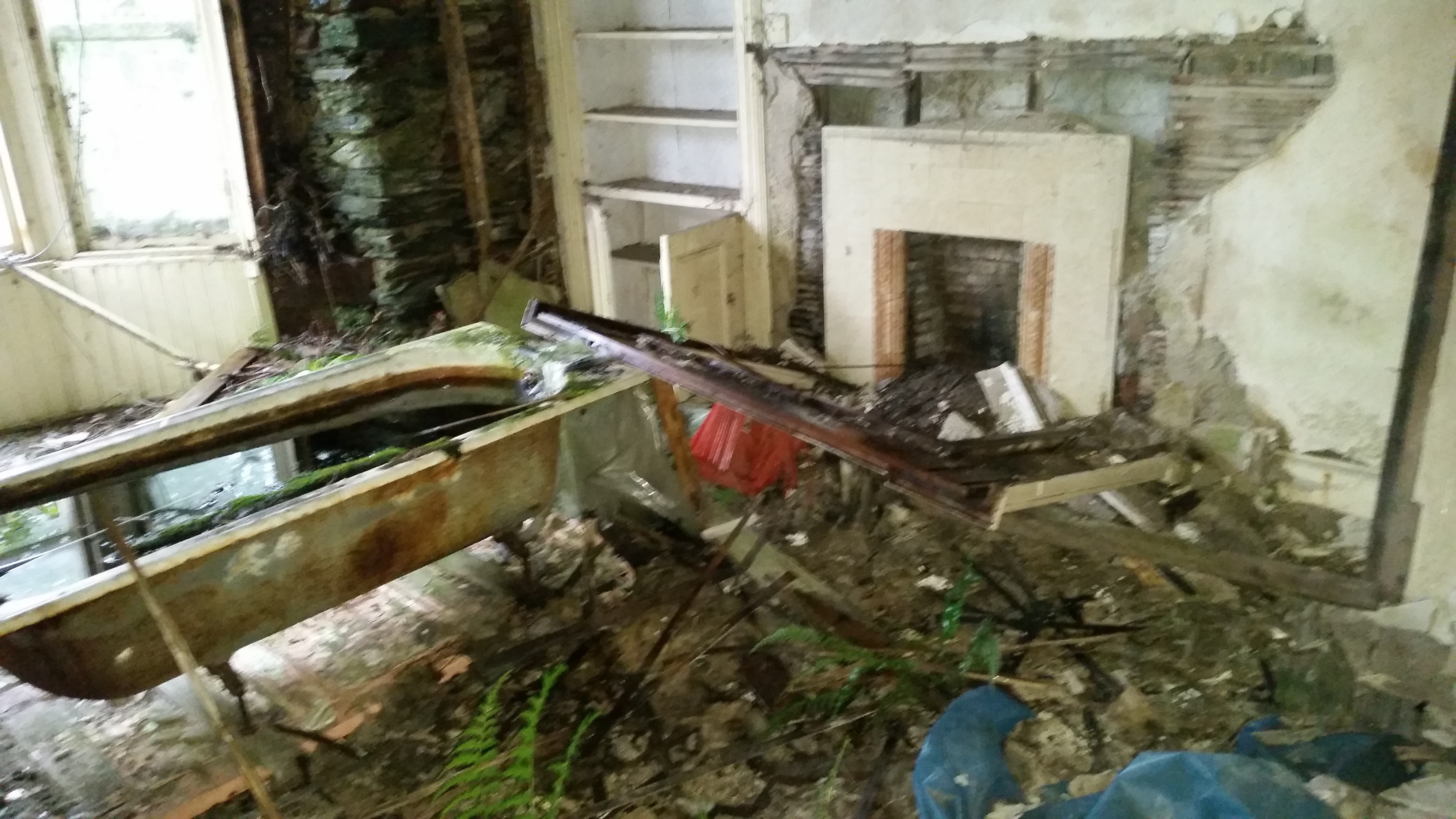 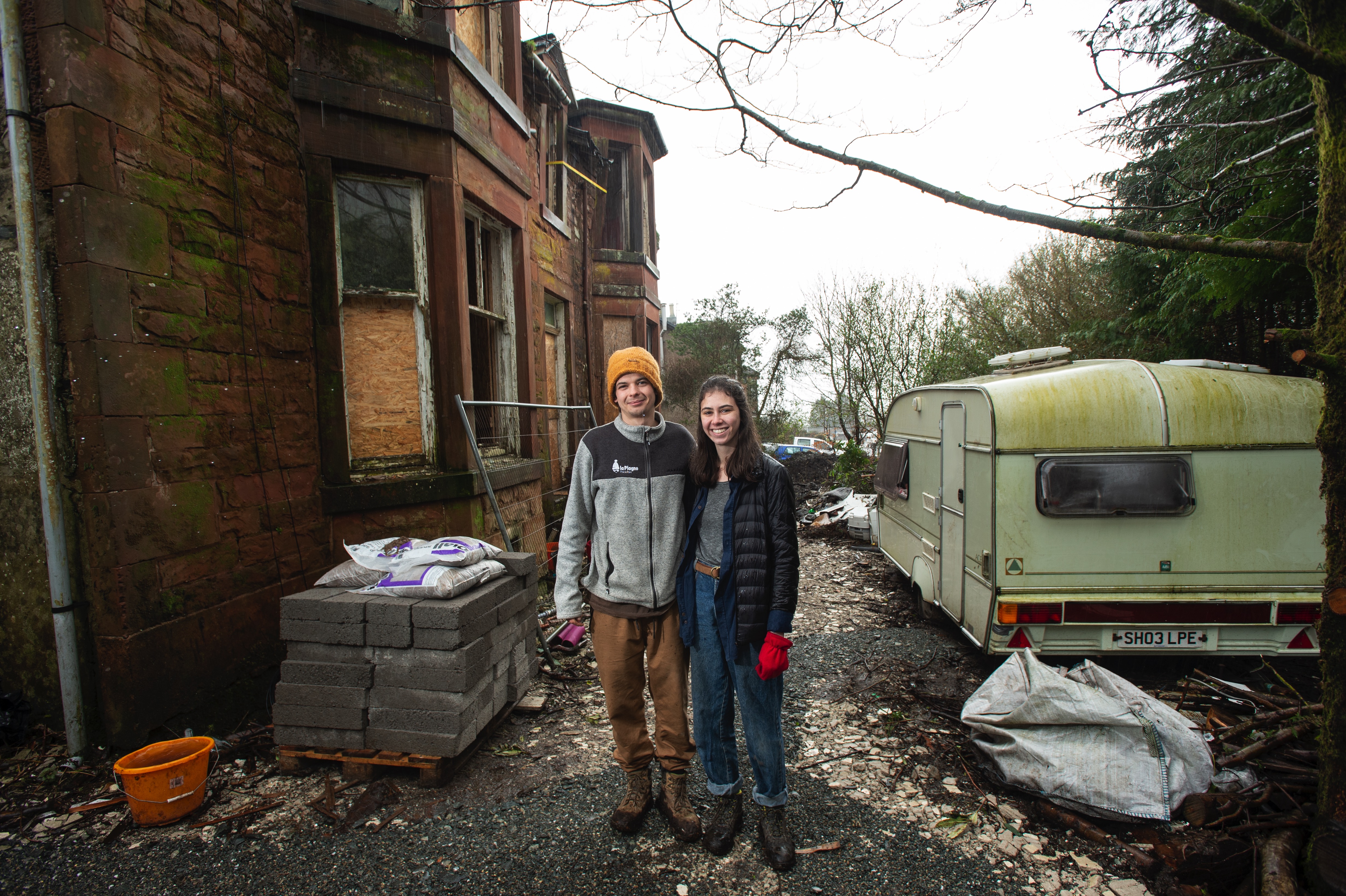