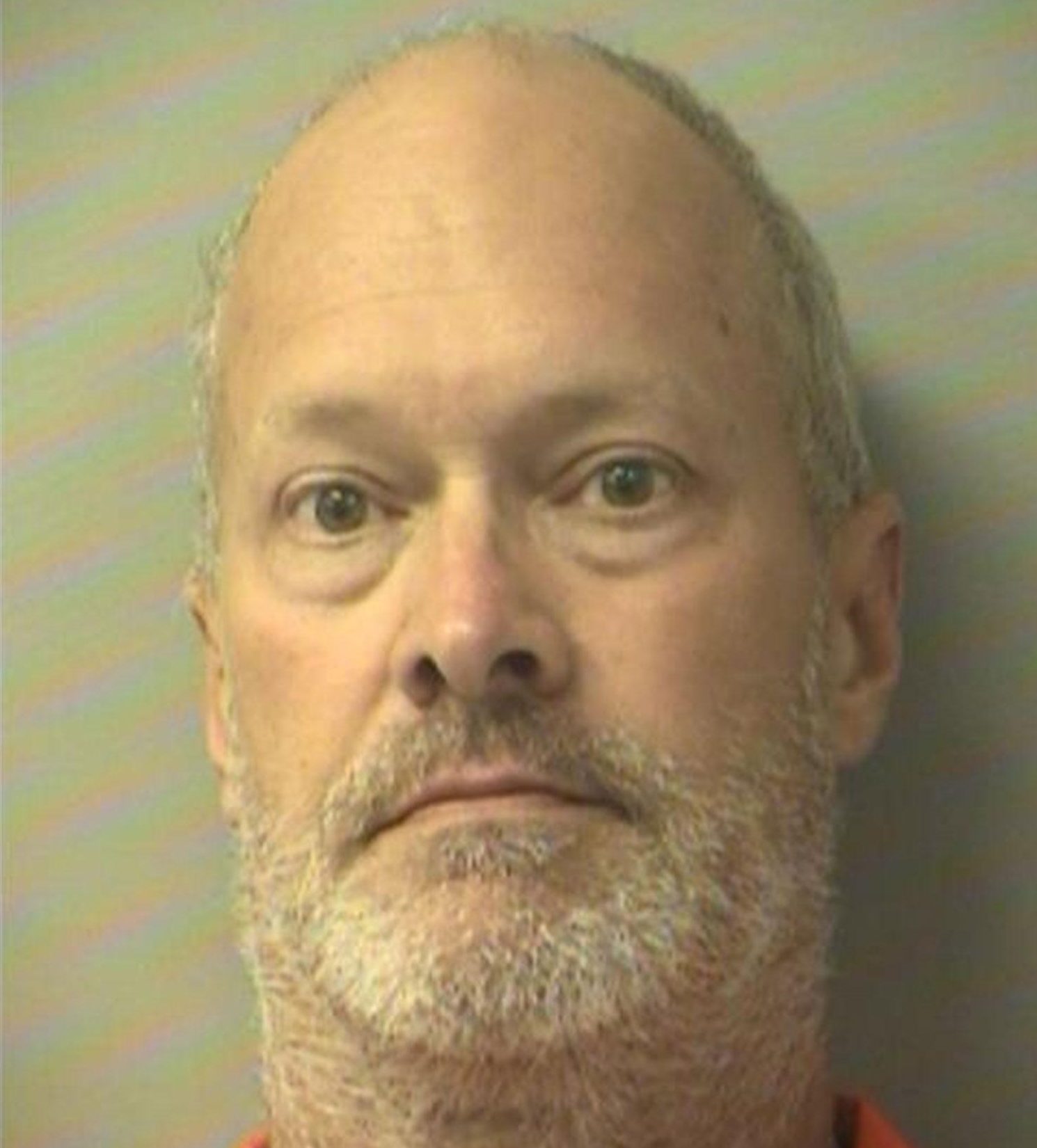 The building was being used to house hurricane refugees and Stapleton is said to have used it as an opportunity to abuse the child.

He is accused of groping the youngster’s private parts in “lewd and lascivious” manner when she was out of her family’s sight.

The suspect was only nabbed after a witness told cops she saw the attack unfold via a live recording.

Police reportedly reviewed the footage before arresting Stapleton, with photos showing officers cuffing him against a car. 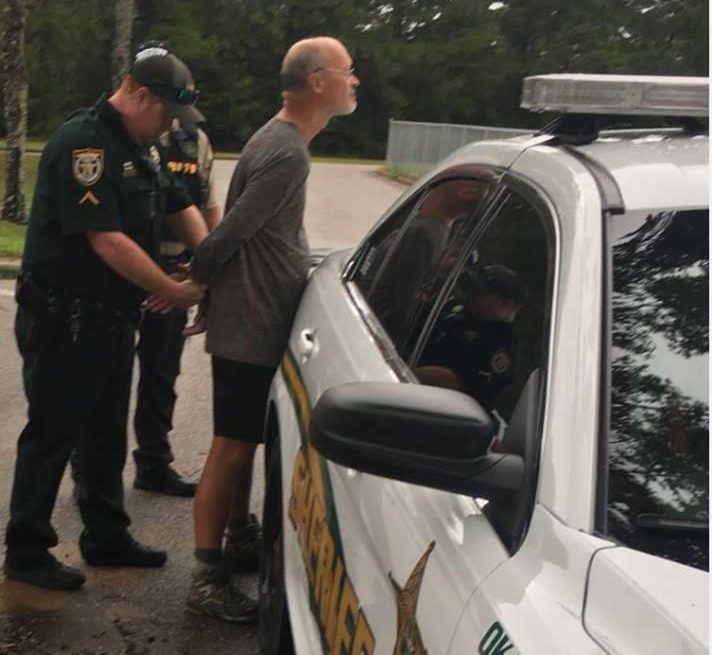 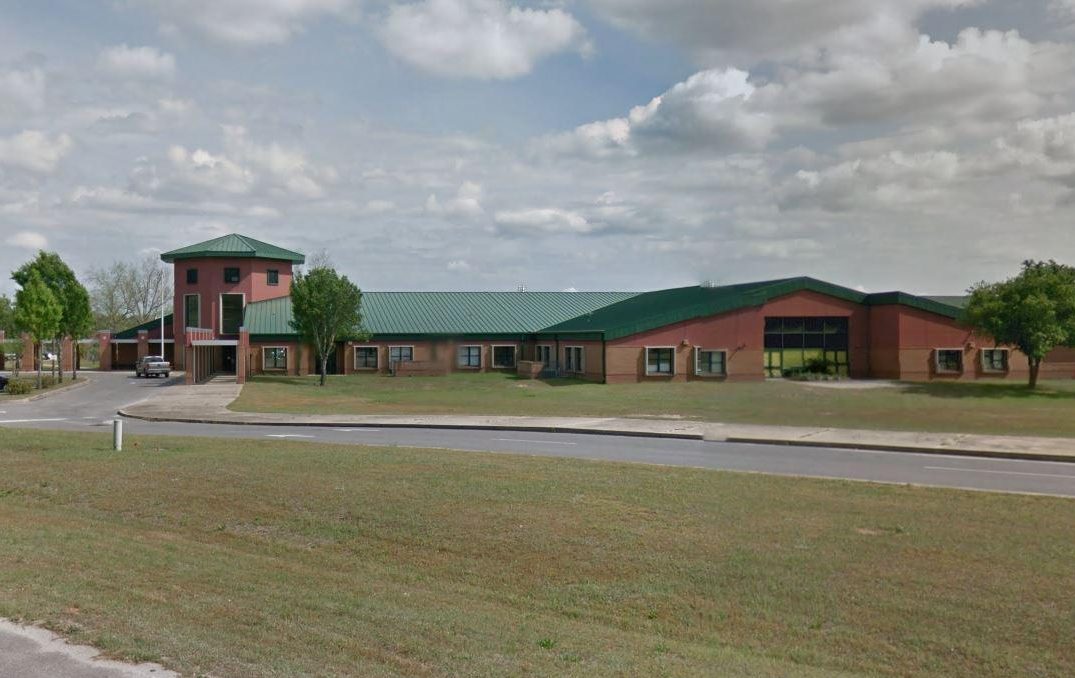 He admitted touching the child but denied it was sexual in nature and told investigators the girl said it “felt good”, according to the Washington Post.

Stapleton was charged and is due back in court on November 11.

An estimated 20,000 people hunkered down in shelters during Hurricane Michael, with as many as 320,000 people on Florida's Gulf Coast ignoring evacuation notices.

The death toll from the storm now stands at 17 – with officials warning it'll "keep climbing" as rescuers sift through the wreckage. 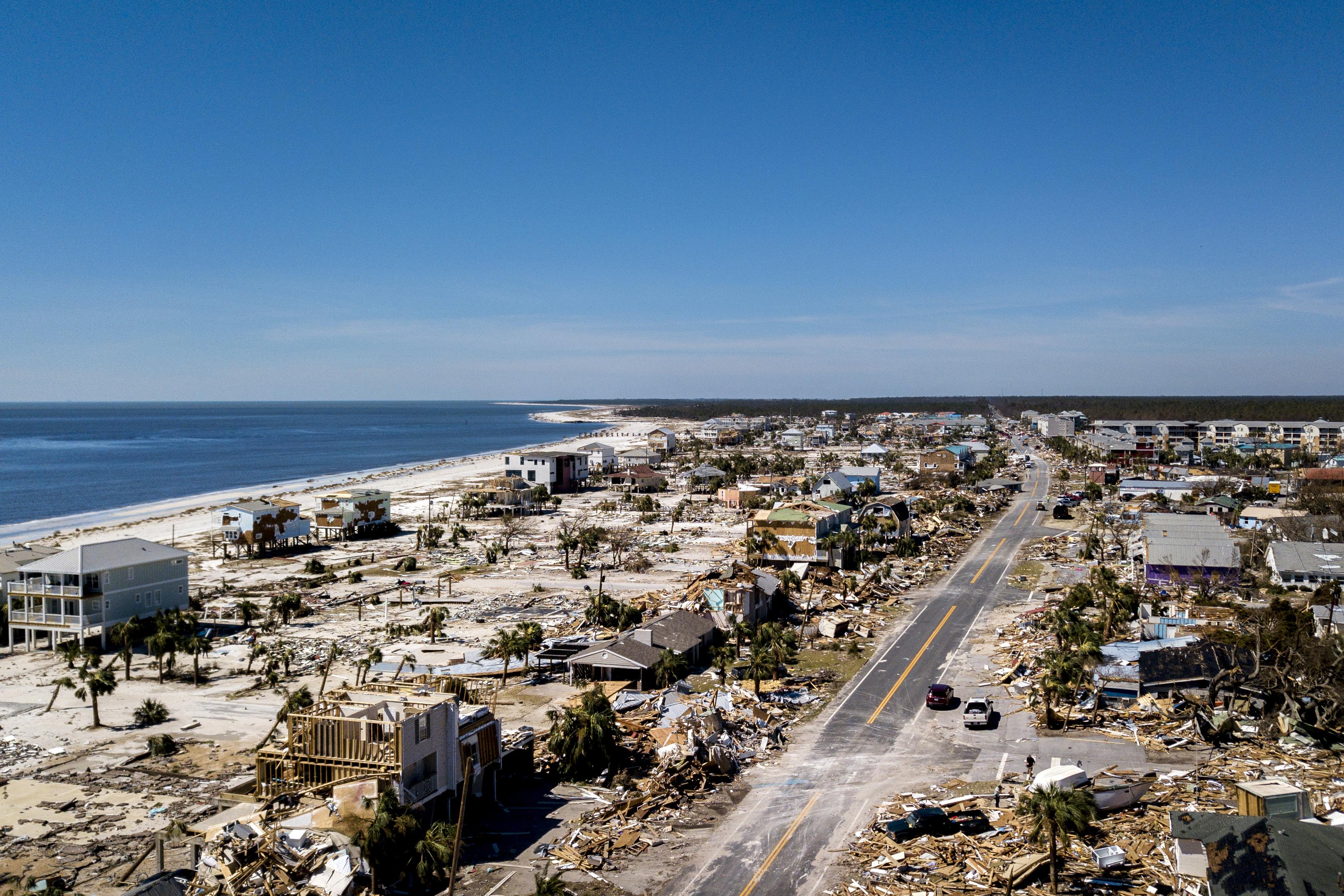 Federal Emergency Management Agency administrator Brock Long said: "Rescuers have so far been unable to conduct thorough searches there. I think you're going to see it climb."

Oceanfront communities such as Mexico Beach and Panama City bore the brunt of the storm's rage.

Shocking photos show the devastation in Mexico Beach – with some onlookers claiming the seaside town looked like it had been struck by a nuclear bomb.

Sarah Radney, 11, was killed when a metal-framed gazebo was picked up by winds and then crashed through the roof of her home on to her head. 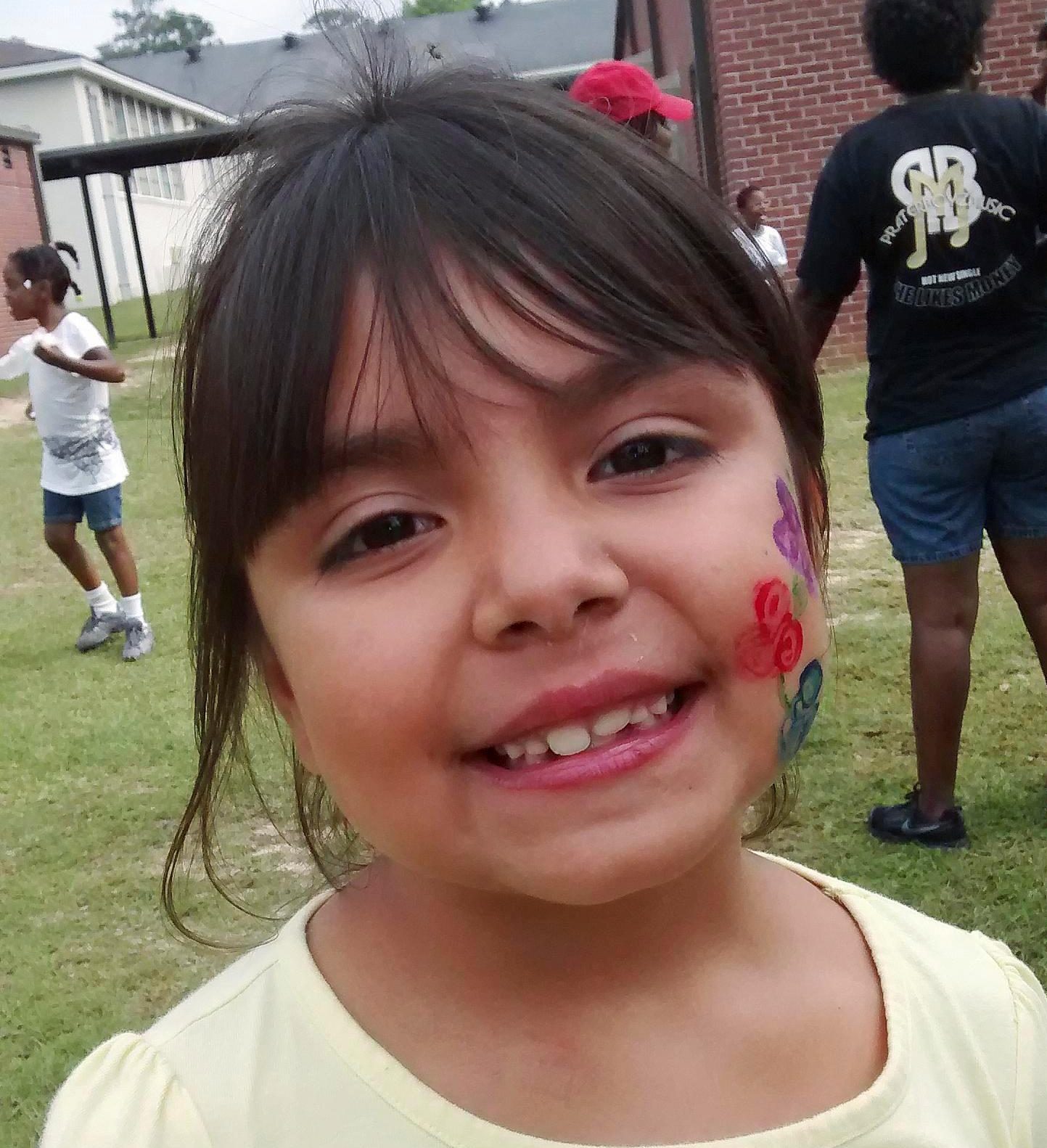 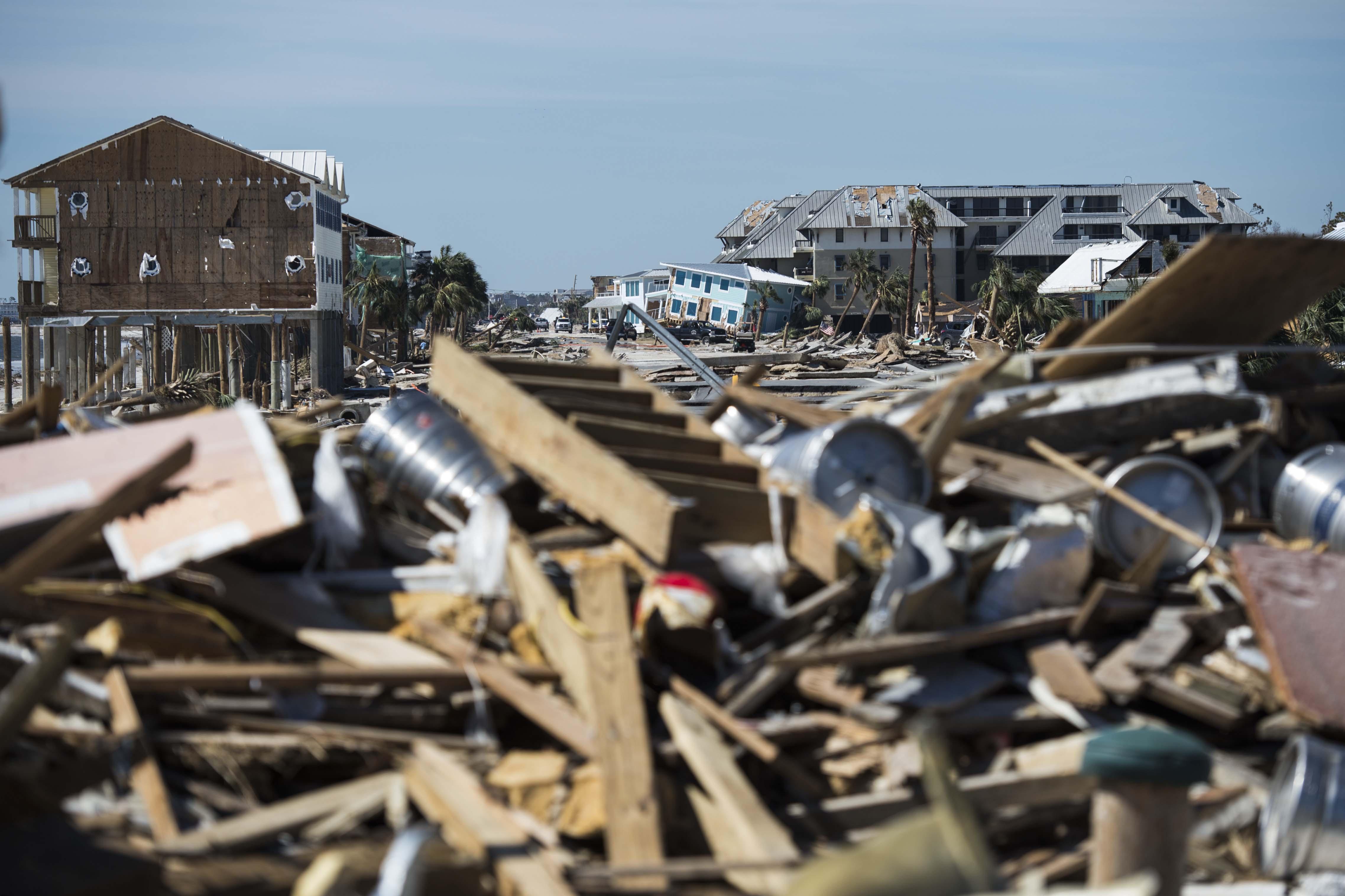 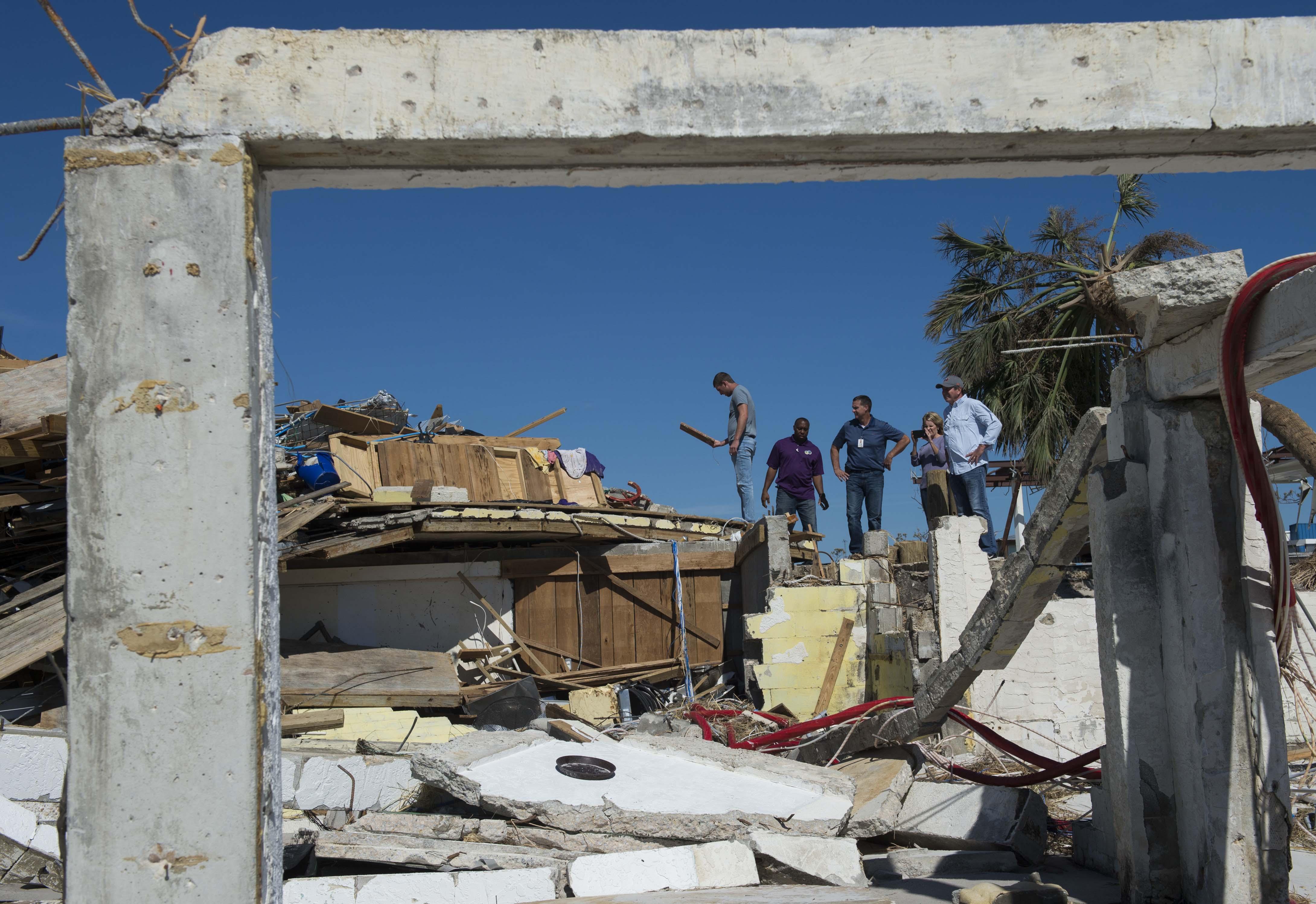 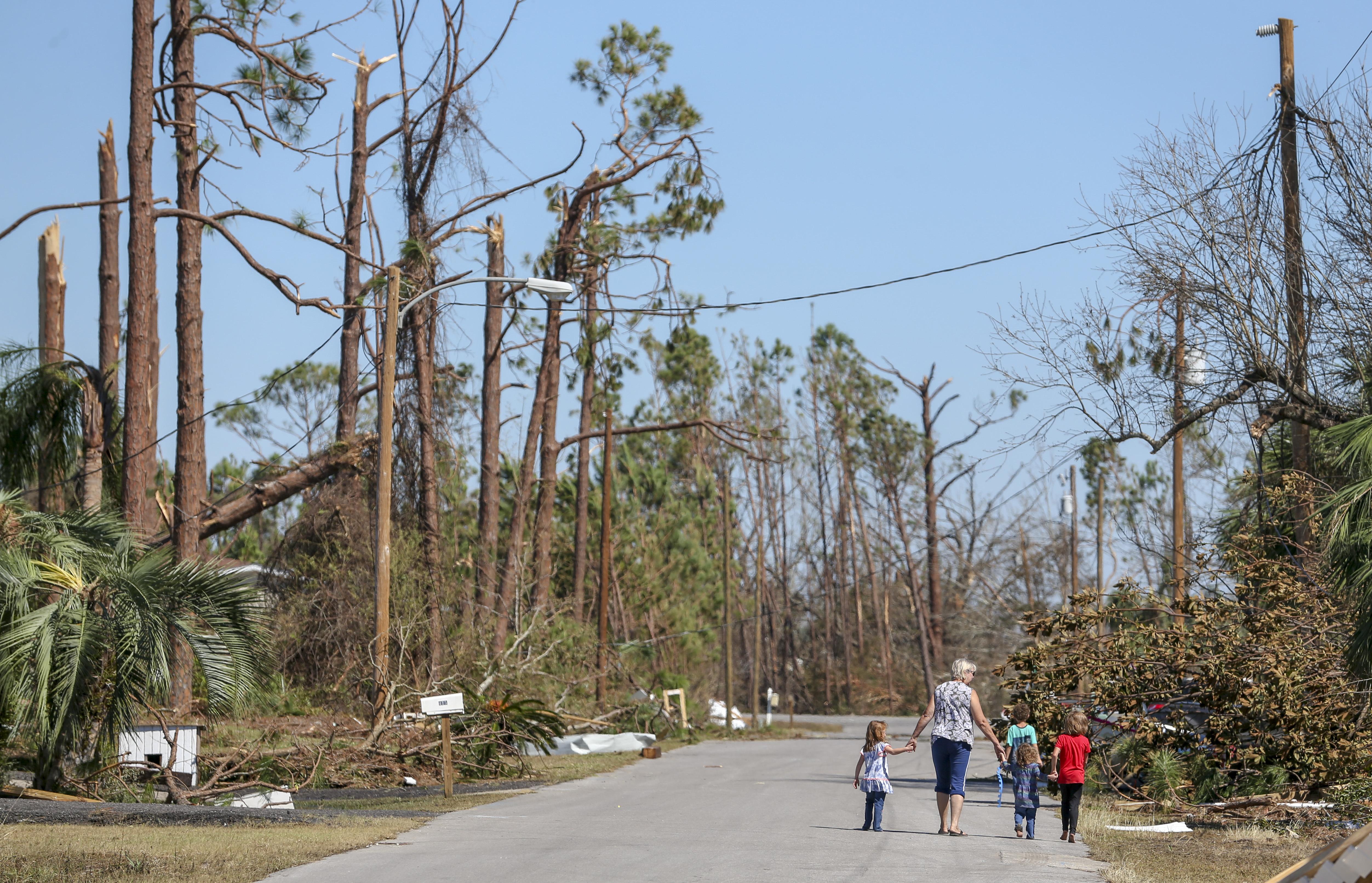 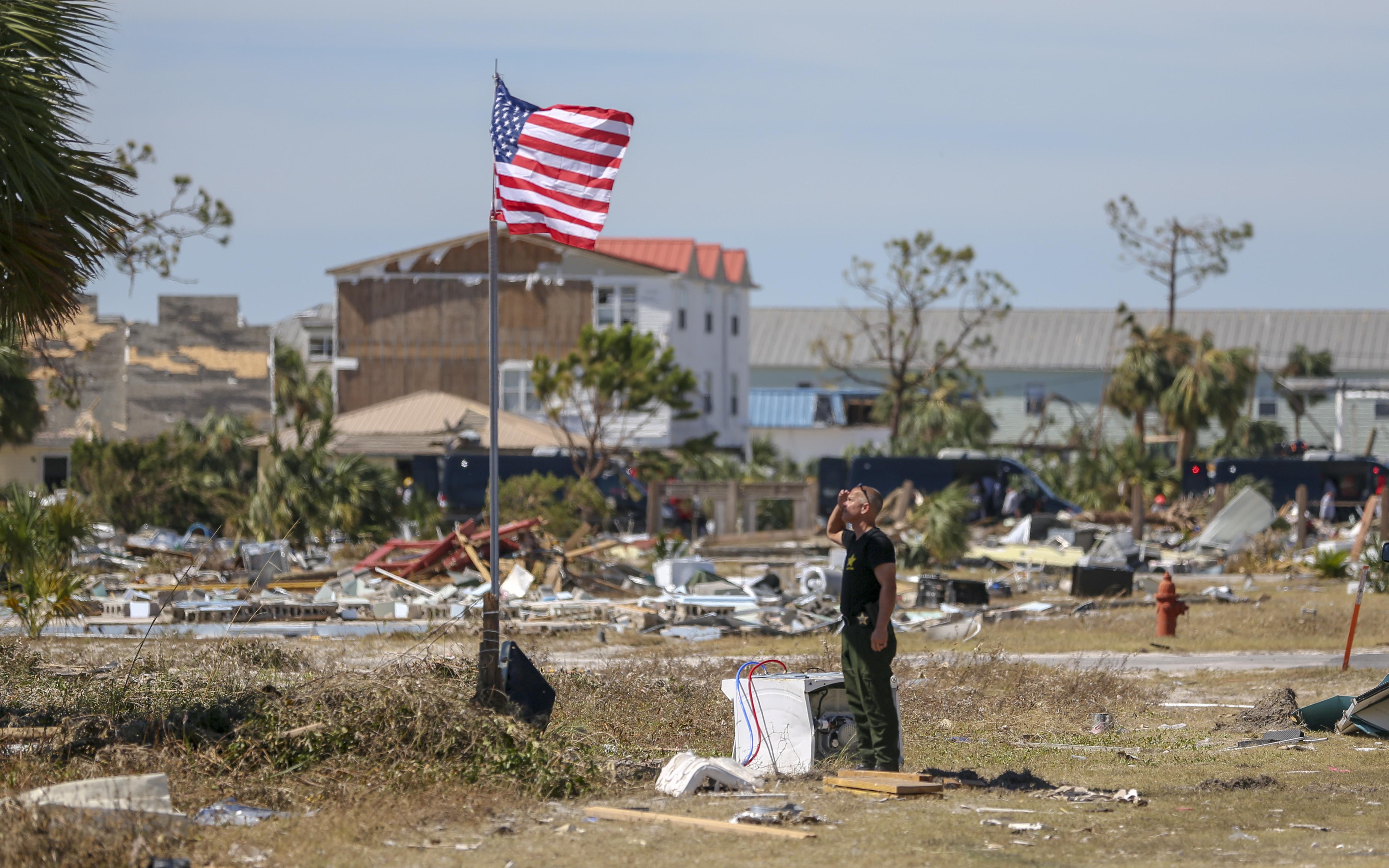 According to Seminole County Emergency Management Agency Director Travis Brooks the schoolgirl died when the tent – used to cover a boat – was sent flying by the high winds.

He said 911 crews were able to get to Sarah at her devastated home in Georgia, at 1.50am this morning but she was already dead.

It has also been degraded to a tropical storm – but not before tearing through homes and ripping roofs off buildings. 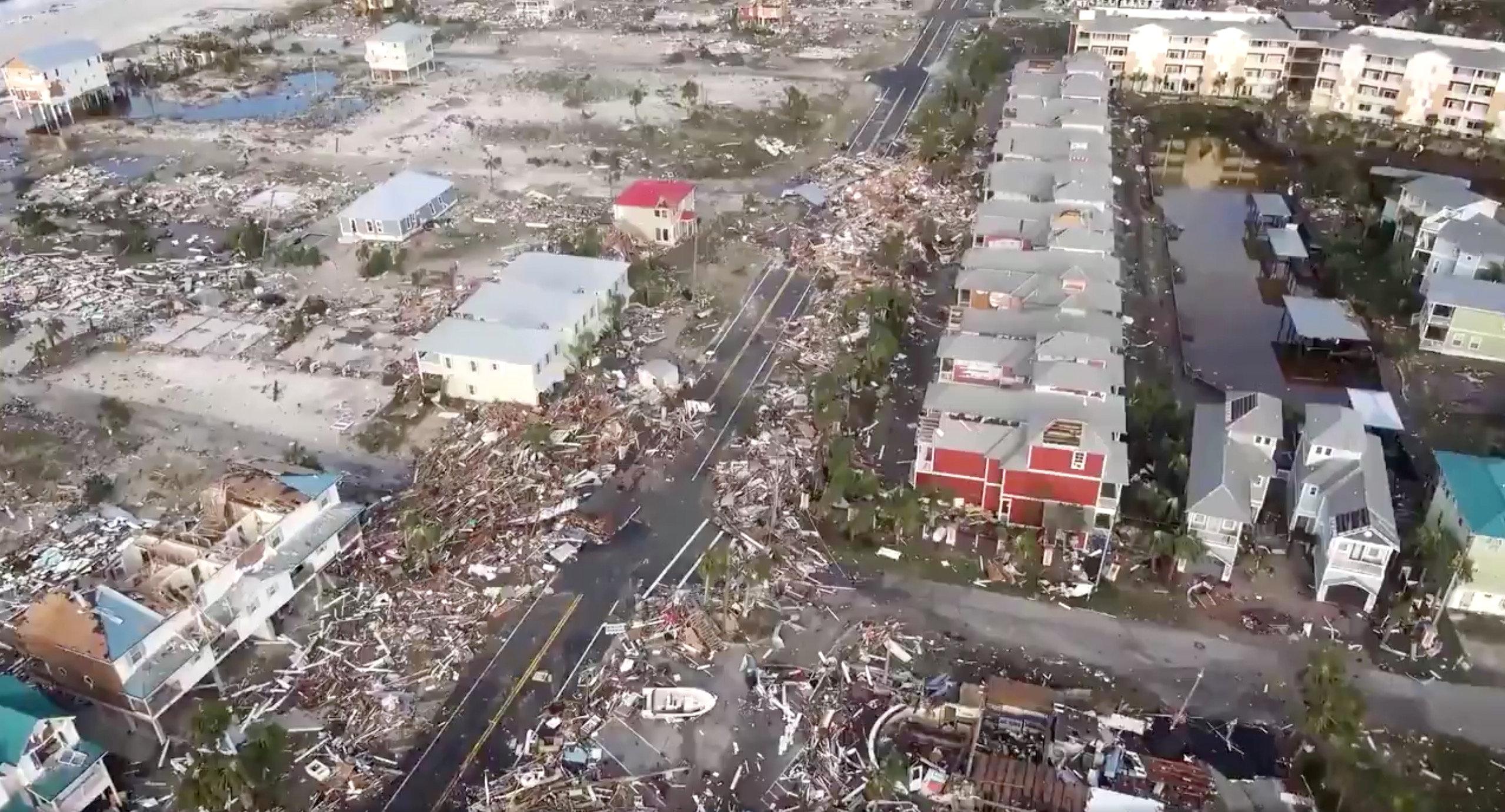 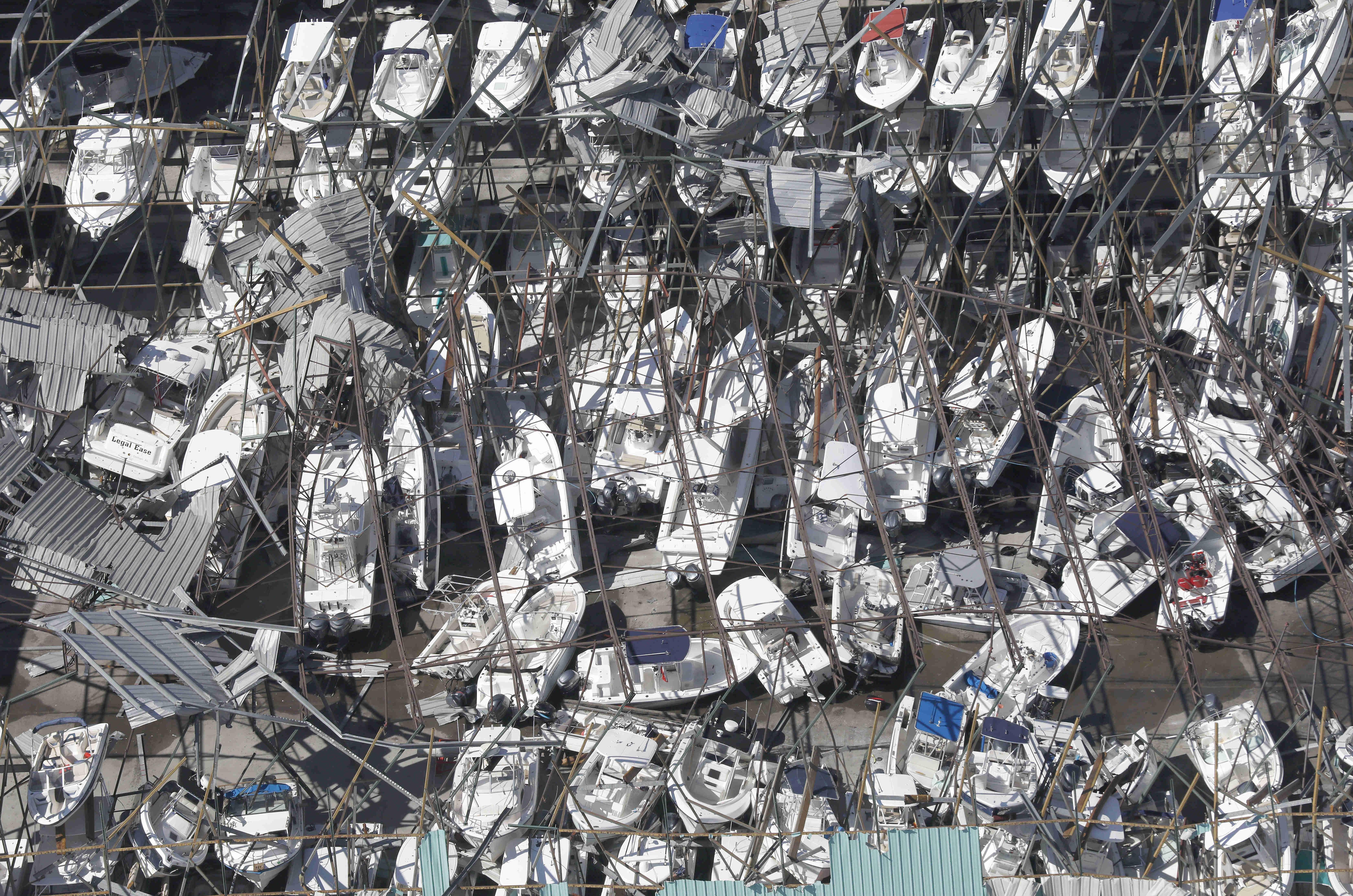 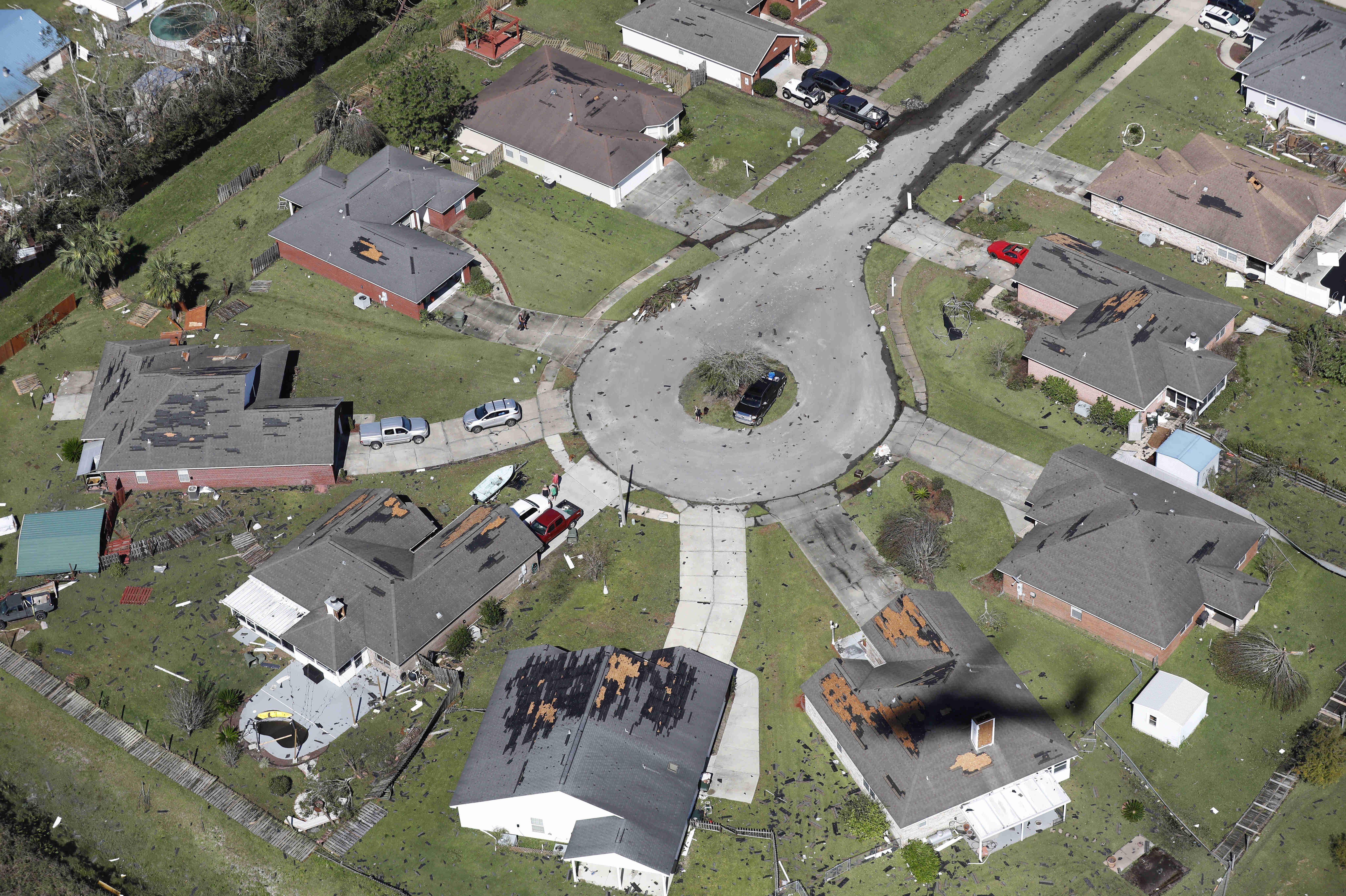 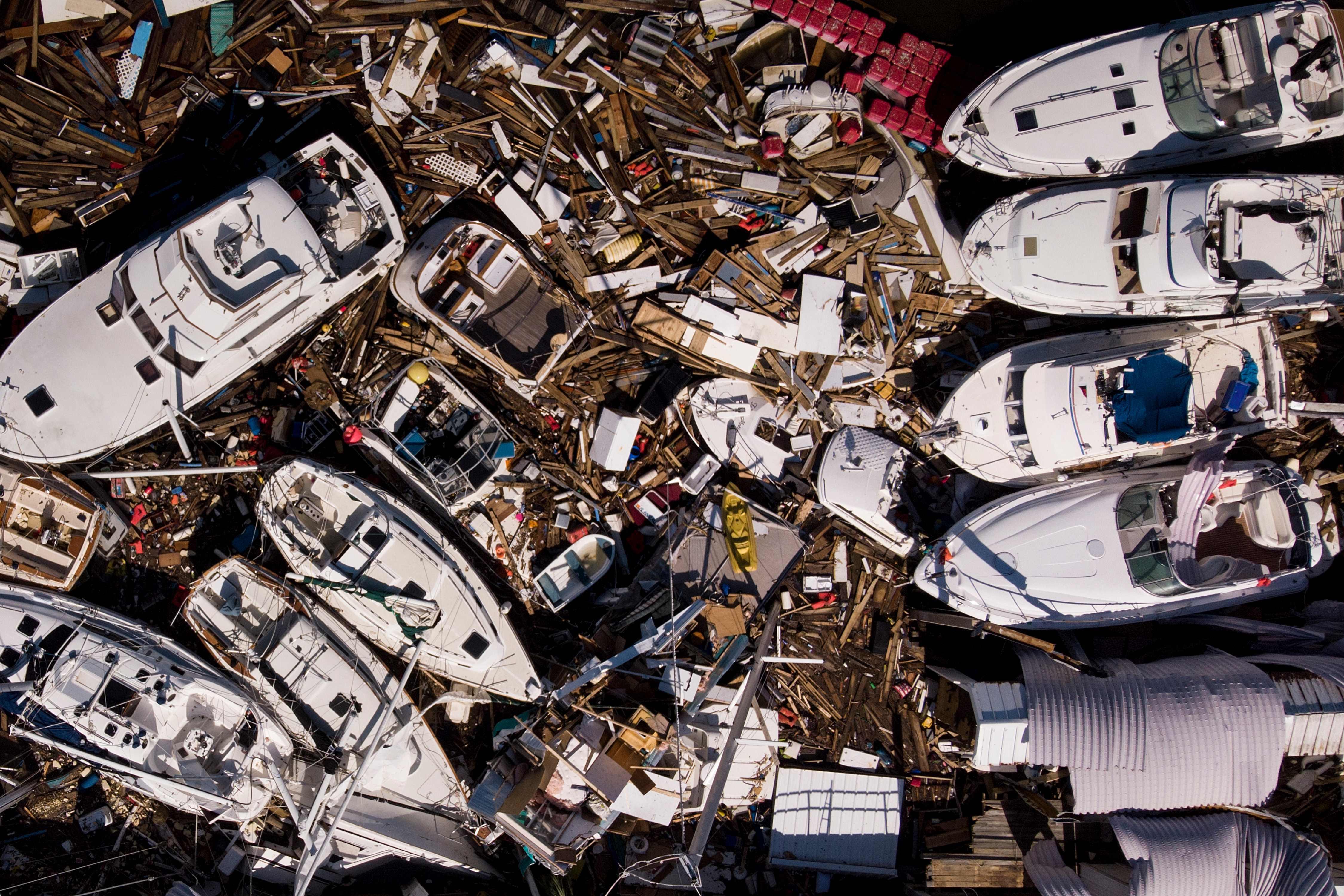 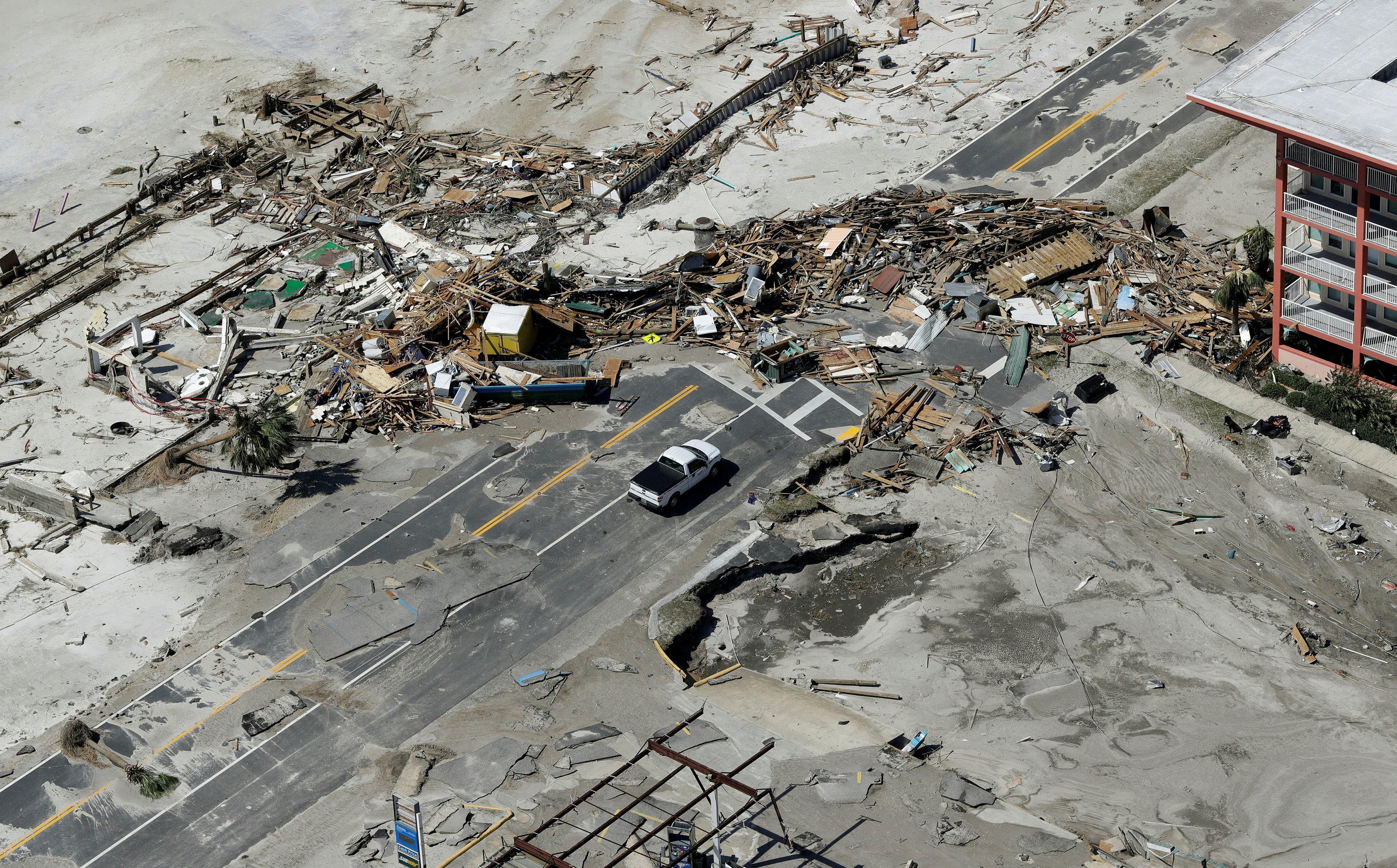 Michael caught many by surprise as it intensified from a tropical storm into a Category 4 hurricane in about 40 hours.

It became the third-fiercest to hit the US — and the worst in Florida since 1935.

Its 155mph gusts were also the strongest recorded on the Florida Panhandle, the 200-mile strip on the north-western section of the state.

It was downgraded back to a tropical storm yesterday as President Donald Trump declared a state of emergency.