Emergency services launched a huge search for a woman that was feeling falling from a bridge into the River Ouse in York.

Lendal Bridge on Station Road was closed in both directions by North Yorkshire Police after the woman was seen entering the water at around 12.10pm today but it has since been reopened.

Emergency services and the independent lifeboat and search and rescue team from York Rescue Boat are searching the water. 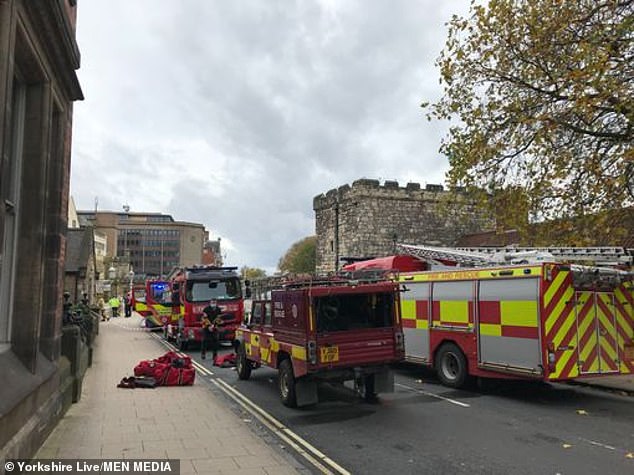 The woman hasn’t been found yet.

North Yorkshire Police said: ‘Motorists are being urged to avoid Lendal Bridge after a woman entered the River Ouse from the bridge at around 12.10pm.

‘Emergency services are currently at the scene searching the river for the woman. York Rescue boat are also assisting the search.’

An air ambulance has landed near the scene in Museum Gardens.