BREAKING NEWS: Huge fire breaks out in the rubble of Beirut’s port just weeks after an explosion decimated the area

A huge fire has erupted in the rubble of Beirut’s port just 37 days after an explosion decimated the city.

A huge column of black smoke and red leaping flames were seen among the steel wreckage this afternoon. It is not yet clear what may have caused the fire.

The August 4 ammonium nitrate explosion killed more than 190 people, injured around 6,500 and damaged thousands of buildings in the Lebanese capital.

The sight of another huge fire a month later created panic among residents traumatised by last month’s explosion.

State-run National News Agency said the fire was at a warehouse where tires are placed. It added that firefighters are dealing with the blaze. 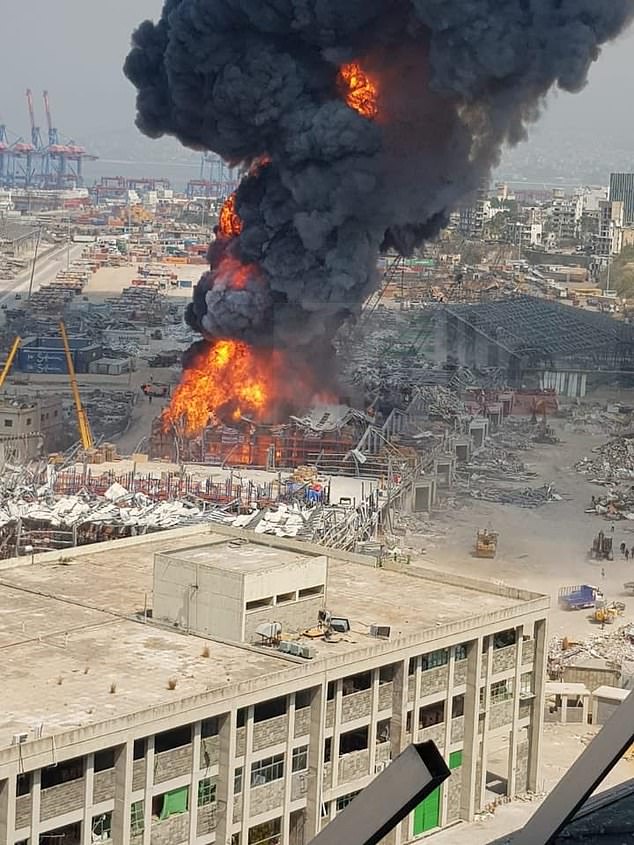 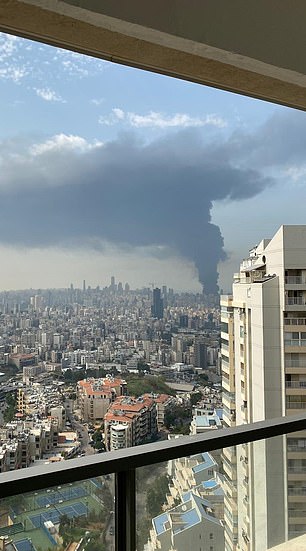 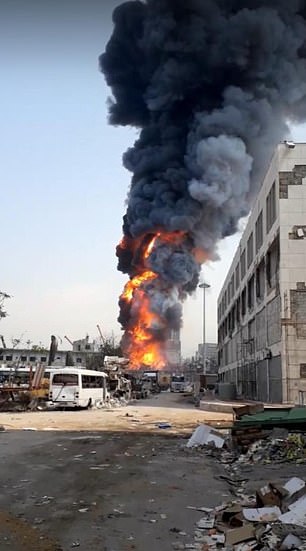 A resident films a huge column of black smoke rising into the air from the port, left, and another cameraman close by captures the fire 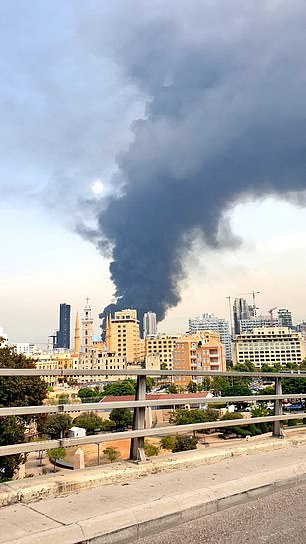 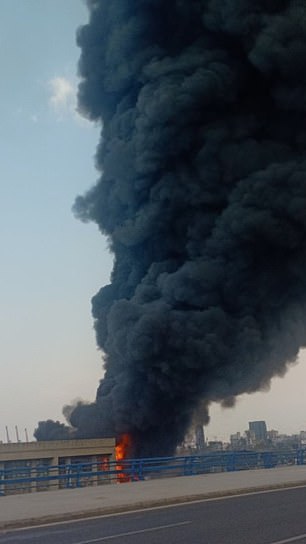 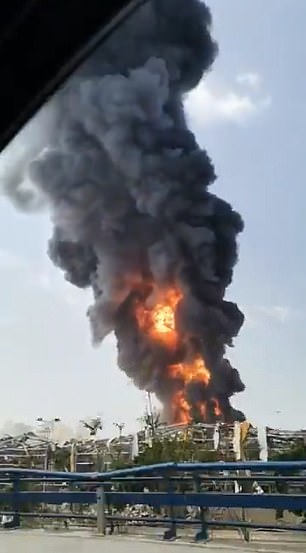 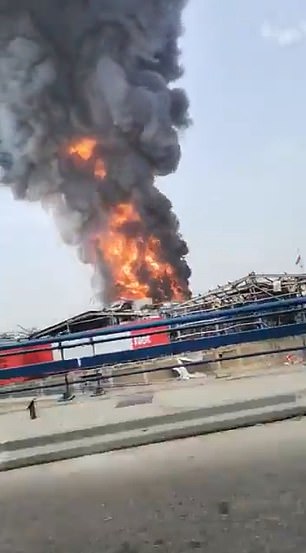 A huge column of black smoke and red leaping flames were seen among the steel wreckage this afternoon. It is not yet clear what may have caused the fire 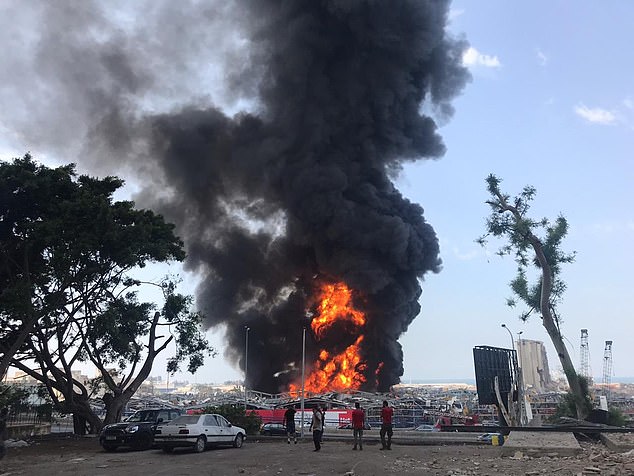