HOTEL staff were left "rubbing their eyes" after spotting a SHEEP waiting to get into a Premier Inn lift.

The unexpected guest, named Sidney by staff, was seen patiently waiting at the lift doors inside the hotel in Anglesey, North Wales. 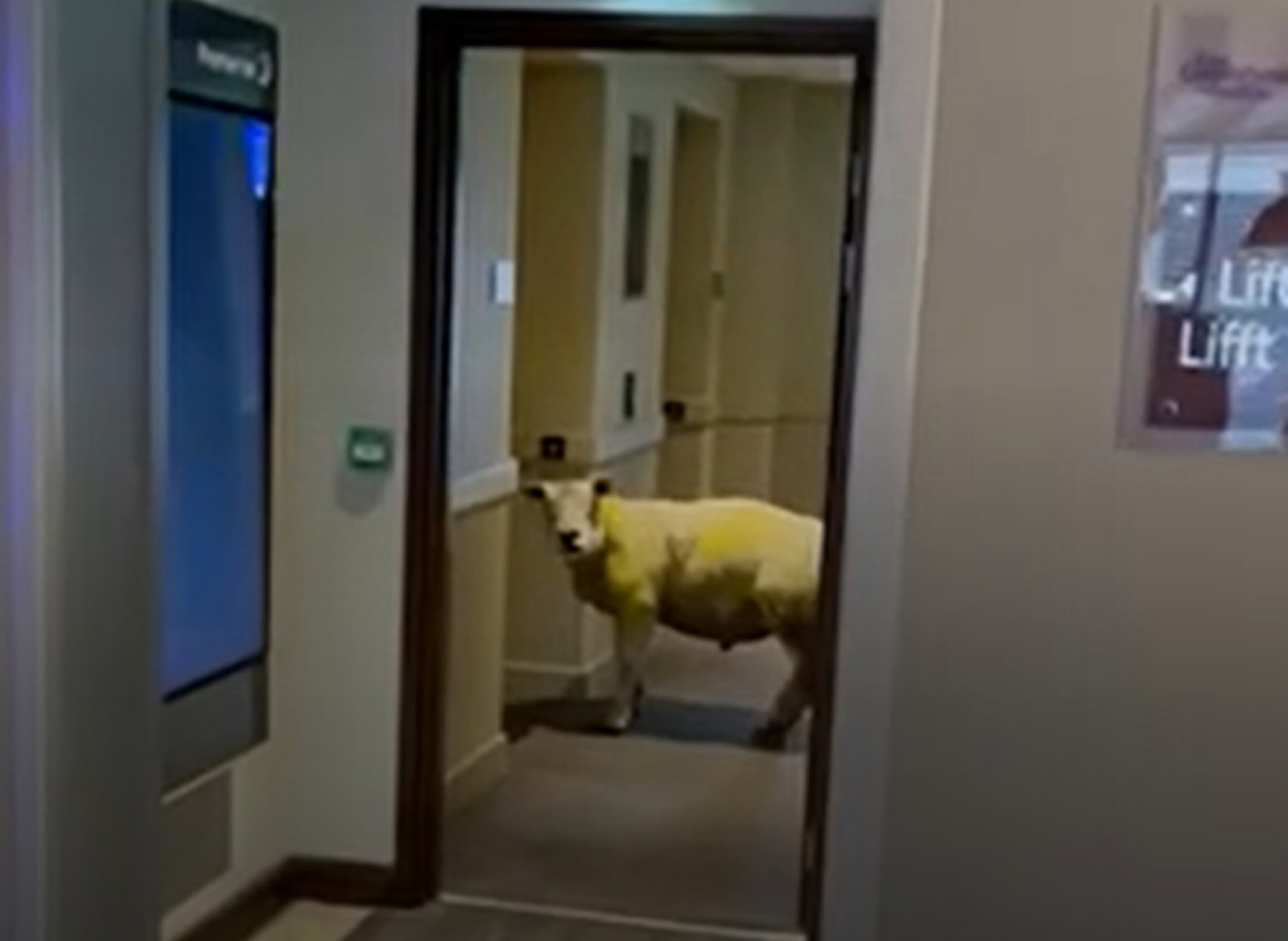 Mobile phone footage shows the animal turn to look at the camera as he calmly stands in the corridor.

Deputy manager Linda Pritchard said: "The team were rubbing their eyes when Sidney strolled in.

"Sidney's been quite the talk of the town and no one in any of the Premier Inns across the UK has ever heard of anything like this before.

"It's been lovely really, he's really put a smile on people's faces."

Staff say Sidney the sheep is now safely back in his field.

Back in April, a flock of sheep were seen taking advantage of the deserted streets in Raglan Farm Park in Monmouthshire, Wales by heading to the local park.

The fluffy fellas even had a go on the roundabout – although none made it onto the swings.

Park owner Gareth Williams said he was ''shocked'' when the sheep started spinning on the roundabout.

He said: "I was quite shocked when I saw them on the roundabout, we don't usually have them down here so it was quite amazing to see.

"Some of them were playing and others were all around the park. I was really surprised at how quickly they've started to play and get the hang of it.

"They're not usually here when the park is open." 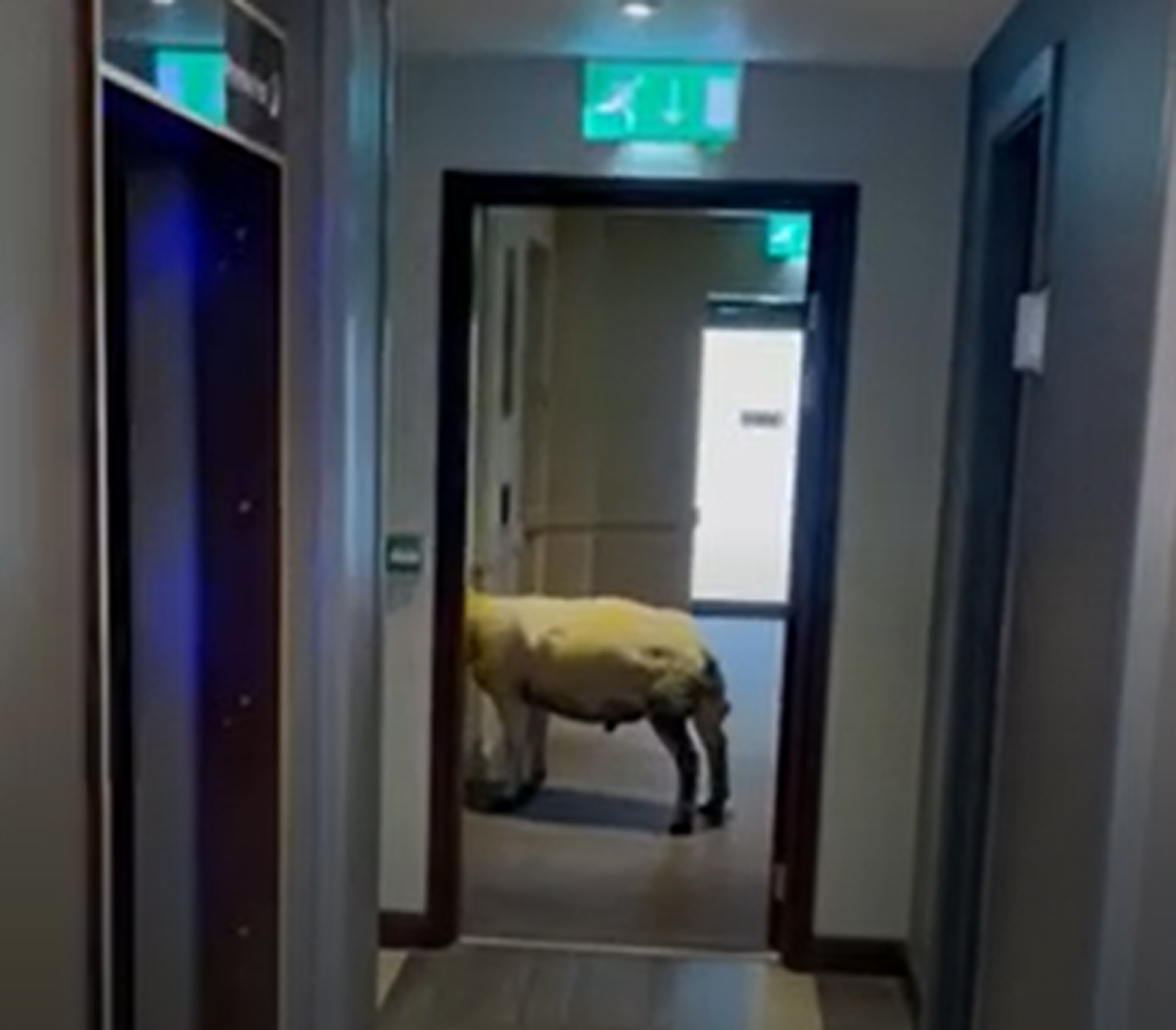