Hospital bosses urge judge to stop family moving their terminally ill daughter, 5, from London to Italy as she can no longer see, taste, breathe or feel touch 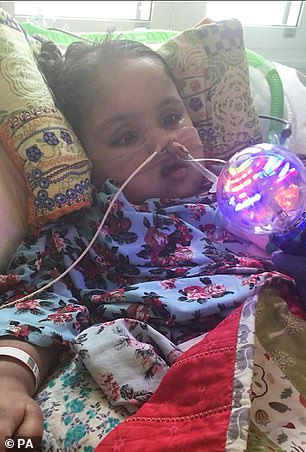 Tafida Raqeeb (pictured above) suffered a traumatic brain injury in February, no hospital bosses want to stop her parents moving her to Italy

Hospital bosses in London have urged a family to not move their terminally ill daughter to Italy as she is no longer able to see, taste, breath or feel touch.

Little Tafida Raqeeb is currently at the Royal London Hospital in Whitechapel, where doctors treating the five-year-old say she has permanent brain damage and no chance of recovery.

Mr Justice MacDonald has been informed that the youngster is in a minimally conscious state.

He has been asked by bosses at Barts Heatlth NHS Trust to rule that stopping life-support treatment is in the youngster’s best interests.

Tafida’s parents, Shelina Begum, 39, and father Mohammed Raqeeb, 45, who live in Newham, east London, want to move her to Gaslini children’s hospital in Genoa, Italy, and have organised funding.

But Katie Gollop QC, who is leading the trust’s legal team has now stated that judges in England and Wales have a legal duty to put a child’s best interests, not parents’ wishes, first.

Miss Gollop said Tafida might be able to ‘hear a little’, but she could not breathe for herself and could not ‘experience touch’ in large parts of her body.

She told Mr Justice MacDonald that Tafida’s parents wanted the right to go to a country where they were the ‘sole decision makers’.

Miss Gollop said changing the law was a matter for Parliament, not judges.

Mr Justice MacDonald has been told how Tafida woke her parents in the early hours in February complaining of a headache.

She collapsed shortly afterwards and doctors discovered that blood vessels in her brain had ruptured. 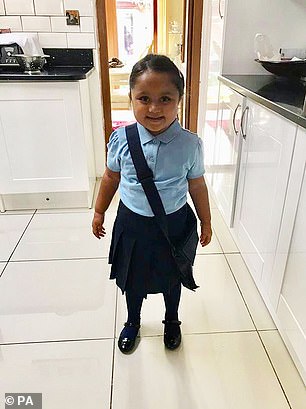 Tafida (pictured above) woke in February complaining of a headache. Doctors later discovered a blood vessel in her brain had erupted

Miss Gollop said no one had known that blood vessels in Tafida’s brain were ‘tangled up’.

Tafida could not now swallow, taste or see, the judge was told.

The QC said all doctors – including in Italy – asked for an opinion that Tafida would never come off a ventilator and would always need artificial assistance.

Miss Gollop said doctors thought the youngster was ‘beyond experience’ and added that the Italian hospital was offering to continue life-support treatment as a ‘comfort’ to the family.

Gaslini specialists would continue to provide life-support treatment for parents who could pay and wanted such treatment to continue, she said.

Miss Gollop protested on Monday when a lawyer representing Tafida’s parents said that in July doctors had planned to stop treatment without approval.

On Tuesday, she put the trust’s side of the story and said the allegation was not true.

She said Tafida’s parents had agreed to life-support treatment ending, then changed their minds. 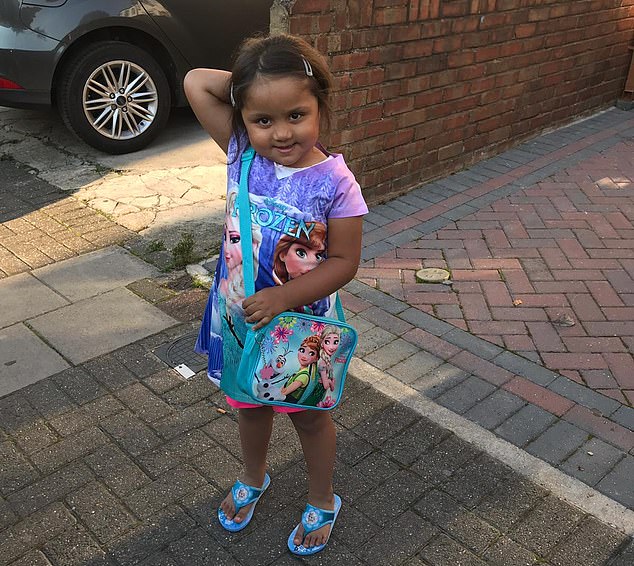 Little Tafida suffered a sudden brain injury known as an AVM in February. She is pictured before the tragic injury

Ms Gollop said in light of that disagreement the trust had asked a judge to make a decision about what moves would be in Tafida’s best interests.

She said doctors and trust bosses had acted properly throughout.

Just yesterday barrister Vikram Sachdeva QC said Tafida, who has a British-Bangladeshi background, came from a Muslim family and her parents took the view that only God could take life, not mankind.

Mr Sachdeva outlined her case to Mr Justice MacDonald on Monday at the start of a High Court trial in London.

‘As a matter of EU law,’ Mr Sachdeva told the judge, ‘Tafida and her parents have, in principle, a right to elect to receive medical care in another EU state.’

He added: ‘By refusing her transfer, the trust is acting in breach of that right.’