THIS is the horrifying moment a crane collapses in an Indian shipyard, killing at least 11 workers and injuring three others.

Footage shows the gigantic iron structure fall to the ground and smash to pieces during a trial run at a state-run shipyard in the southern city of Visakhapatnam. 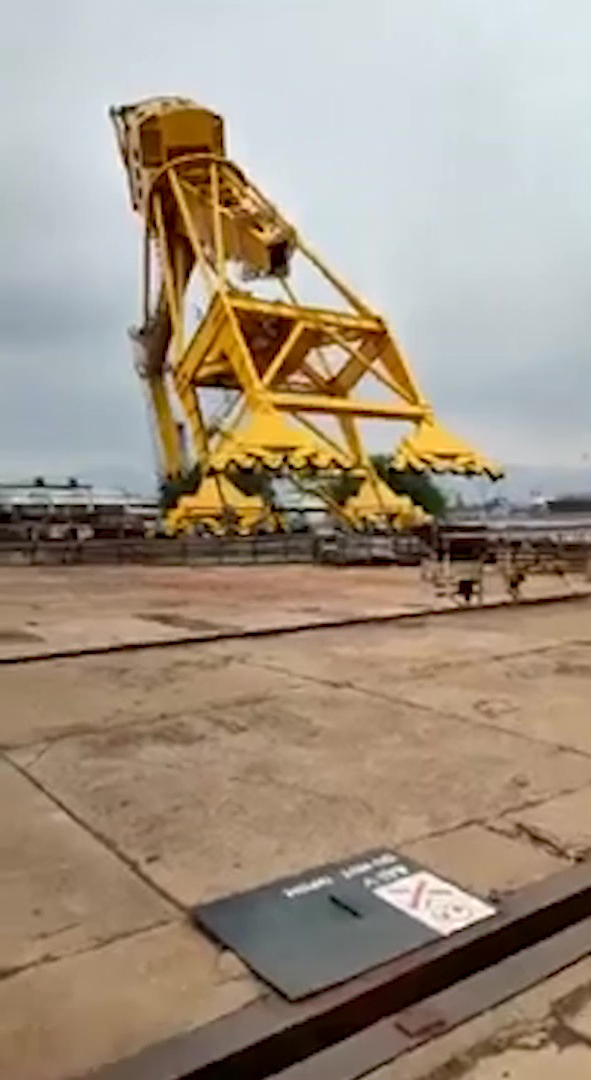 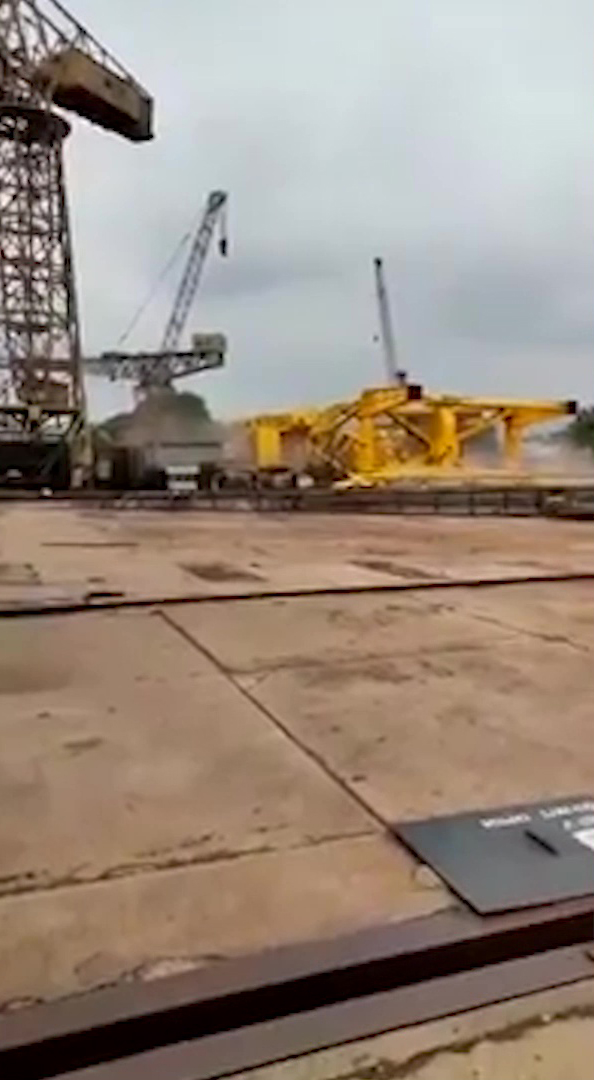 The horrific accident took place at 12.30pm earlier this afternoon while the crane was load testing, local media confirmed.

Tragically, the workers nearest to the crane were trapped underneath the crash.

According to the deputy commissioner of police in the area Suresh Babu, the rescue workers were trying to cut the crane and remove its pieces.

Vinray Chand, a district government administrator, said most of the victims were contract labourers.

The Hindustan Times reports that the cause of the crash is currently being investigated, with an inquiry launched.

He added that five workers had been hospitalised with injuries.

There was no immediate comment from Hindustan Shipyard, though a company official told Reuters that senior executives were in a meeting over the accident. 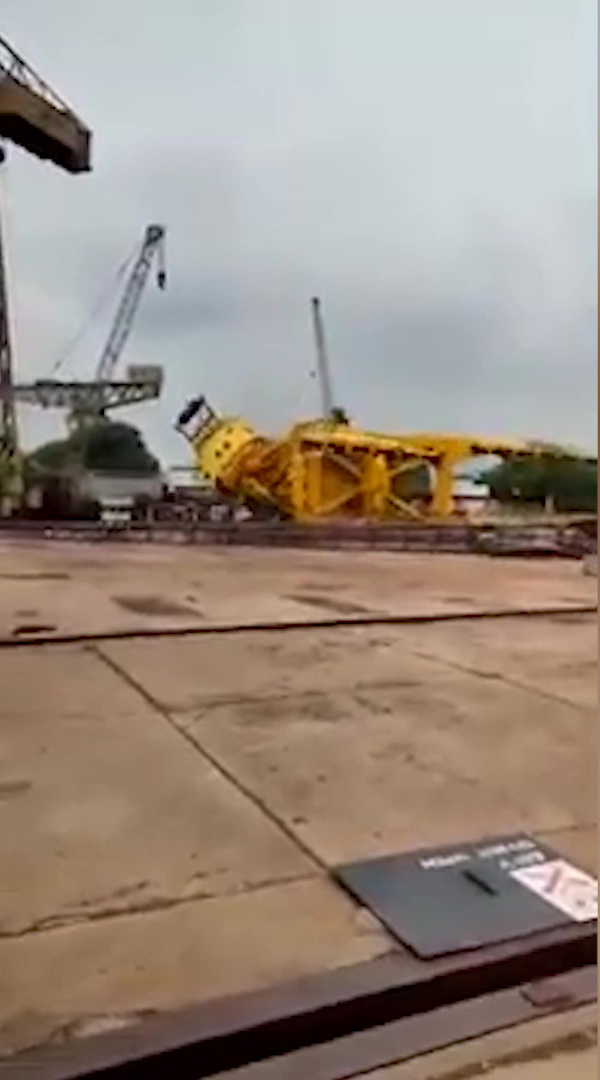