Homelessness reaches record levels with 170,000 British households without a permanent place to call their own, new study says

Homelessness in Britain has hit record levels, a study says.

Some 170,800 households, which includes families and individuals, did not have a permanent home last year compared with 151,600 in 2012, according to research carried out for the charity Crisis by Heriot-Watt University.

The majority were living in hostels or ‘sofa-surfing’. But 12,300 were sleeping rough, with nearly 12,000 in vehicles or tents. Almost 21,000 were in ‘unsuitable’ temporary accommodation. 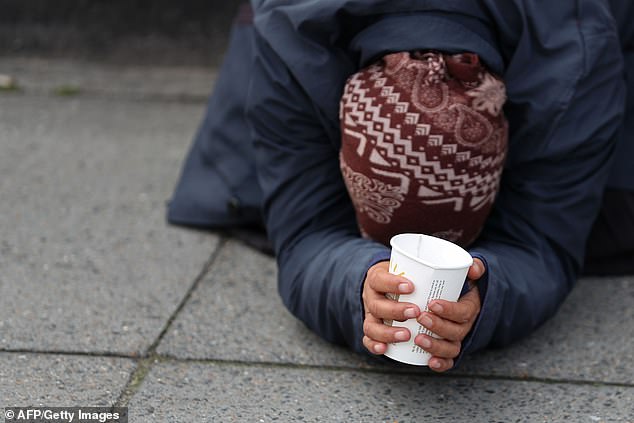 The majority of households without permanent homes were living in hostels or ‘sofa-surfing’, but 12,300 were sleeping rough, with nearly 12,000 in vehicles or tents.

Over five years, the number in such precarious situations rose by about 100 per cent.

Crisis’s chief executive Jon Sparkes said: ‘Christmas can be an incredibly difficult time for people who are homeless. While others are celebrating with family and friends, homeless people face a daily struggle just to stay safe and warm.

‘While rough sleeping is the most visible form of homelessness, for every person on our streets there are another 12 families or individuals experiencing other terrible situations like sofa-surfing and living in cramped B&Bs.’

The report also gives an insight into the diversity of the problem, saying there are 4,200 people aged 65-plus and 38,000 under 25s who are homeless. 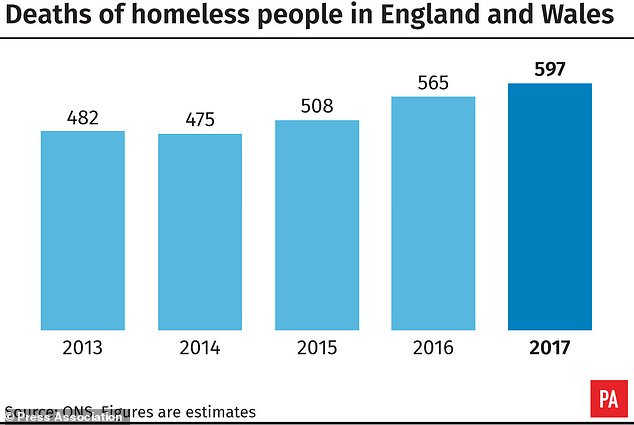 It was published after official statistics showed nearly 600 homeless people died last year, a rise of almost a quarter over five years.

On average they were dying at the age of 44 – a life expectancy nearly half that for people in stable housing – because of high rates of suicide, drug poisonings and alcohol-related issues.

Crisis is calling on governments to tackle the root causes of homelessness, which it attributes to a lack of social housing, welfare payments failing to cover private rents and a lack of homelessness prevention schemes.