Homeless career criminal is charged with murder of advertising creative who he followed into her Manhattan apartment: Locals hold vigil outside her Chinatown building and say they warned cops about vagrants

A vagrant with a lengthy rap sheet was charged Monday with murder and burglary in the fatal stabbing of advertising creative Christina Yuna Lee, whom he followed into her Manhattan apartment after she came home from a night out.

Assamad Nash, 25, has three additional open criminal cases, one for assaulting a man in a subway station, as resident’s near the victim’s building in Chinatown held a rally Monday to decry violence against the Asian community.

Lee, 35, was coming home Sunday morning about 4:30 from a night out at a club when Nash spotted her getting out of an Uber, her landlord Brian Chin said.

Security video captured Nash creeping into the building behind Lee, who didn’t notice her stalker.

Nash hung back as the digital producer climbed the six flights to her apartment, Chin said, climbing up one floor below as she went. 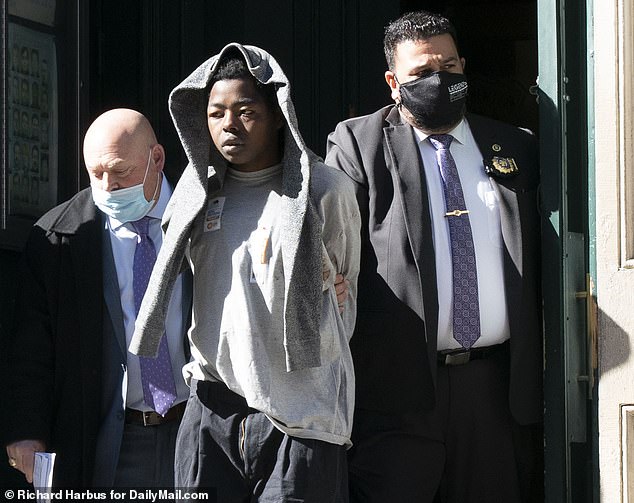 Assamad Nash, 25, is charged with murder of Christina Yuna Lee, who was stabbed to death in her 6th floor apartment. Security video shows Nash, a career criminal, following her into the building and rushing her as she unlocked her apartment door 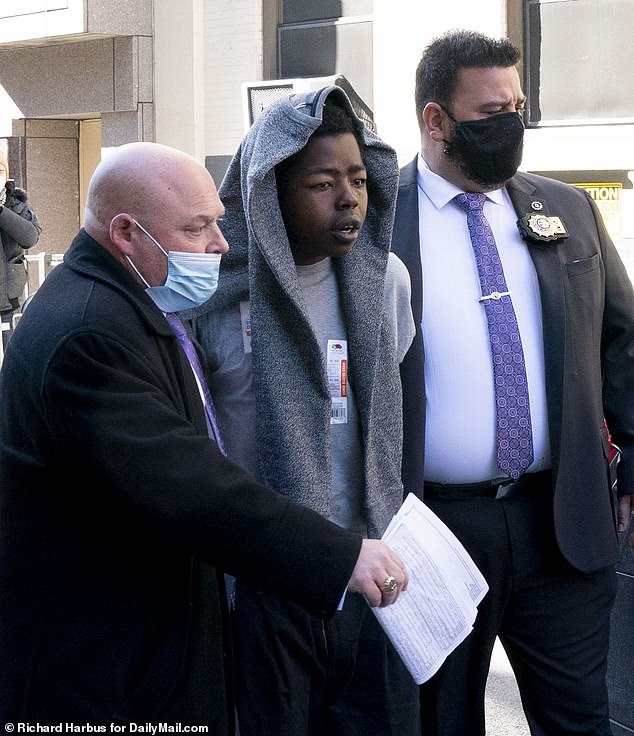 Assamad Nash, 25, has been arrested seven times since 2017 and currently has three open cases in the Manhattan Criminal Court 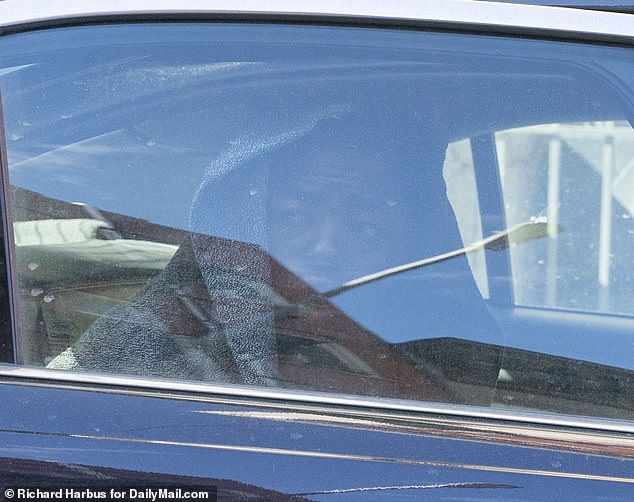 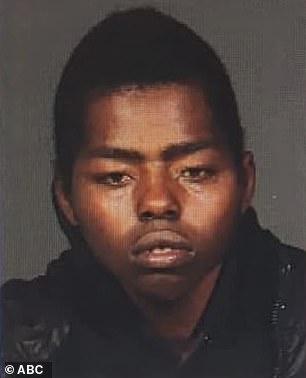 The career criminal has three additional open  cases, including one for assaulting a man in a subway station

Star Fitz, 21, who lives down the hall said she immediately called police, who arrived instantly.

By then Nash had barricaded himself in the apartment with the fatally wounded Lee, who lay bleeding to death in the bathtub as police were forced to saw their way into the unit. According to reports, it took police 90 minutes to finally enter the apartment.

They found Nash hiding under the bed, the New York Post reported.

Nash, a homeless career criminal, had been out on bail following several outstanding offences, including an assault case in September and criminal mischief arrest in early January. He was due in court on March 3. 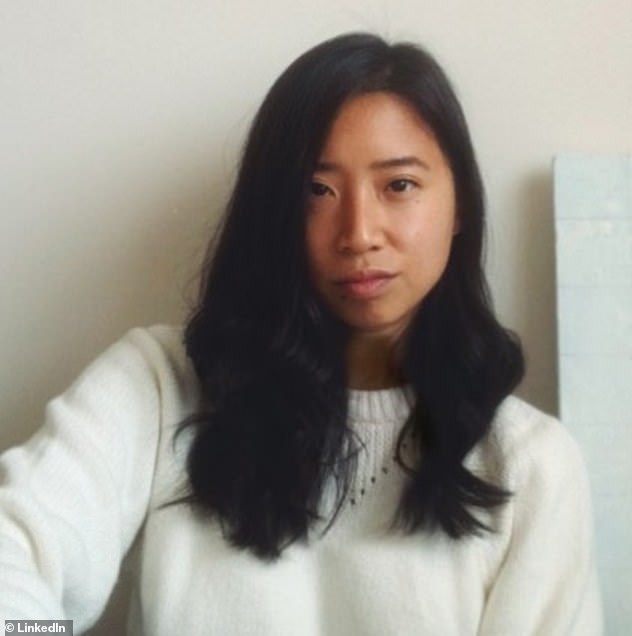 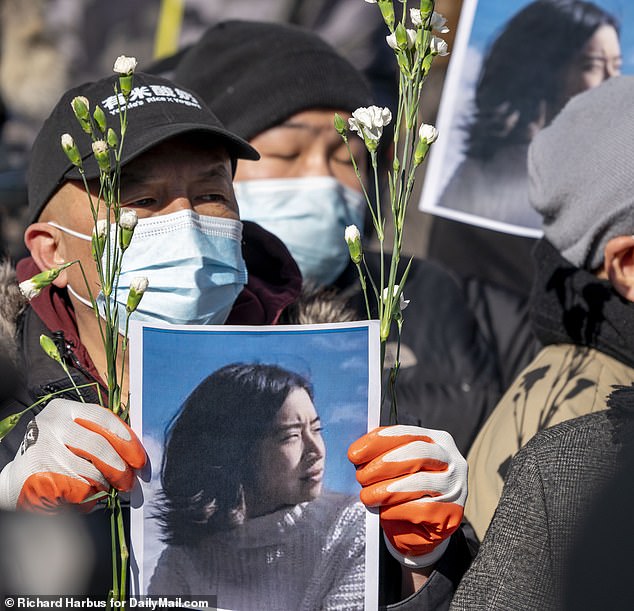 Chinatown residents hold photo of Christina Yuna Lee, who was stabbed to death in her apartment on Sunday, during vigil on Monday 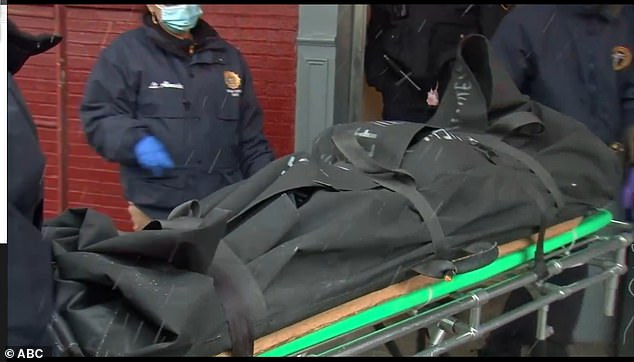 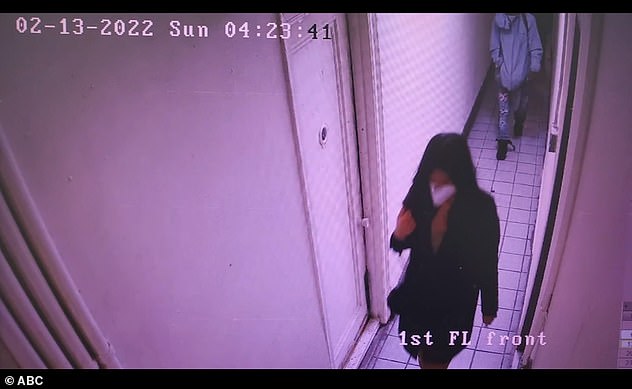 Chilling footage shows the murderer, named as Nash, follow Christina Yuna Lee through the hallway of her Chinatown apartment building 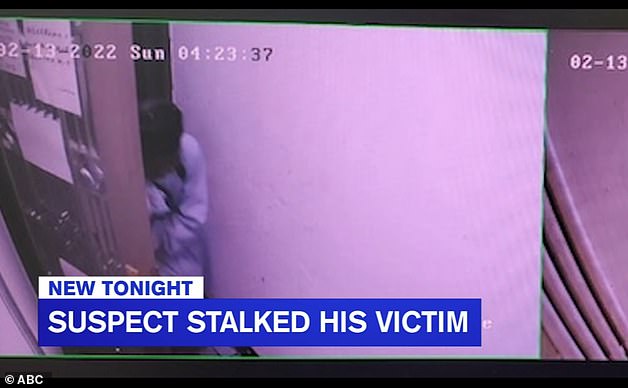 Yuna was found knifed in her bathtub, and couldn’t be saved, with Nash also said to have been discovered hiding under his alleged victims’ bed

According to court records accessed by DailyMail.com, Nash has been arrested four times in the last year alone. His rap sheet included misdemeanor charges of assault, intentional damage to property, harassment, resisting arrest, both attempted and successful escape from police officers and selling a fare card.

Three of these cases remain open, and he has appeared in court on numerous occasions. He was set to appear again before a judge on March 9 on the assault, harassment and intentional damage to property charges.

‘This all could have been avoided,’ Lee’s landlord, Brian Chin, told reporters Sunday night. ‘This guy should never have been out of the street. And it’s DA Alvin Bragg playing politics with people’s lives and the Asian community has been hurt. To have a DA who has won those horrific crimes right on his doorstep. And he doesn’t even bother to show up. It’s disgraceful.’ 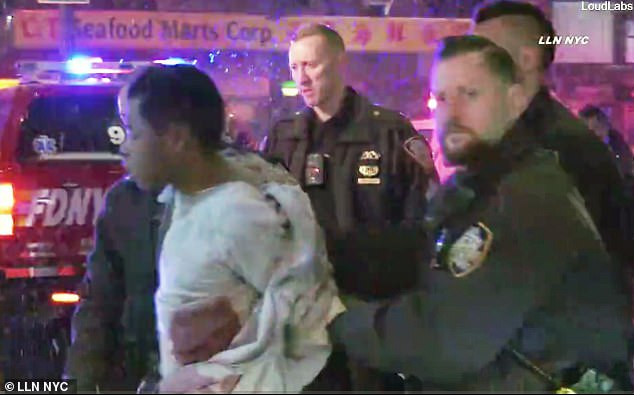 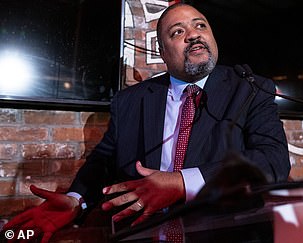 It is unclear if Nash knew Lee, but according to New York Daily News, investigators recovered surveillance video that shows the suspect following Lee into her building after she was dropped off by a cab.

‘He followed her up all six flights. And she never even knew that he was there,’ Chin said. ‘She walked up six flights of stairs and this man mercilessly stalked her. This was not a crime of mental illness or anything. He stayed one floor below and watched her go up those stairs. And then he moved methodically one flight up at a time. He was absolutely in full control.’

The prior allegations against Nash include an attack on a subway straphanger last September, but that alleged assault was deemed insufficiently serious to hold him in custody pending trial, thanks to New York’s woke bail reform laws aimed at lowering the state’s jail population.

‘Our elected officials need to do something much different,’ Chin said.

‘My grandparents are Chinese immigrants that came here trying to build themselves up,’ he added. ‘We built up this community and it’s just getting torn down so fast by one district attorney. It’s heart wrenching.’

Chin said Nash should have been in jail and blamed the policies of Bragg, who has faced harsh criticism for his soft-on-crime approach during his first month in office.

‘This is just so horrific on so many levels,’ Chin said. ‘She did not do anything wrong. She did not deserve this.’

‘If this guy got away, I can’t even imagine what would happen,’ he added.

Chinatown residents say that the neighborhood is on edge after the brutal random killing. They held a rally Monday afternoon calling on politicians to do something about the homelessness and mental health crisis plaguing the city. 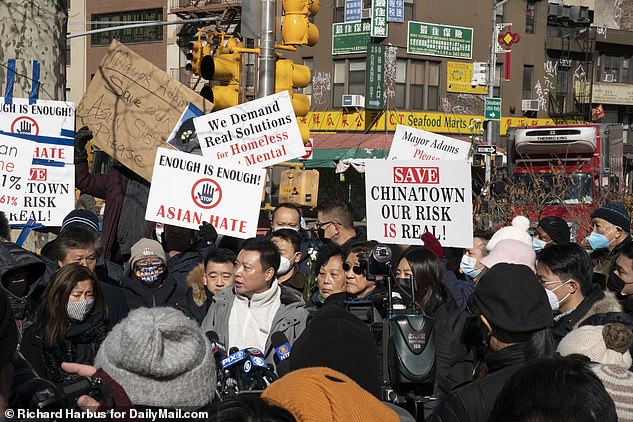 Chinatown community organizers held a rally on Monday after the murder of Christina Yuna Lee to raise awareness to the open-air drug use, mental illness, homelessness and Anti-Asian violence that have plagued the neighborhood

‘This is yet another Asian woman killed in her apartment,’ Chinatown activist Jackie Wong said. ‘She did nothing wrong. The only mistake she made was moving to New York to make the city her home.’

Lee’s apartment at 111 Chrystie Street is a block over from the Bowery, which is known for its cluster of food pantries and homeless shelters.

To highlight the trouble in the community, community organizers handing out maps showing the locations of five homeless shelters in the neighborhood with three more planned to be added to the area.

‘Now all of a sudden on top of those five shelters they are dumping three more,’ Chinatown activist Jackie Wong said at the rally. ‘We’re like enough is really enough. That’s why we we are having problems.’

Across the street from her building Sara Roosevelt Park, has been a hot bed of street crime, homelessness and open-air drug use.

K Webster, the president of the Sara Roosevelt Park Coalition, said that the homeless have been around the neighborhood for decades, but there has been an influx of mentally ill homeless that have created a new danger in the neighborhood.

So we have had homeless people and that is one category and then we have people who are mentally ill. You can’t have mentally ill people running around the streets.

Her landlord, Chin, told reporters that building has cameras on every floor, and that his family had installed steel doors on all the apartments.

‘We have such tight security in this building we have steel doors,’ Chin said. ‘It took a swat team over 10 minutes to gain access. These doors are designed to keep monsters out.’

But the suspect still found his way in.

Chin described Lee as a ‘wonderful human being’ whose ‘smile lit up the room.’

‘She came to the city for the lure of New York, you know, like the Big Apple, the big city, you know, boundless opportunities,’ he said. 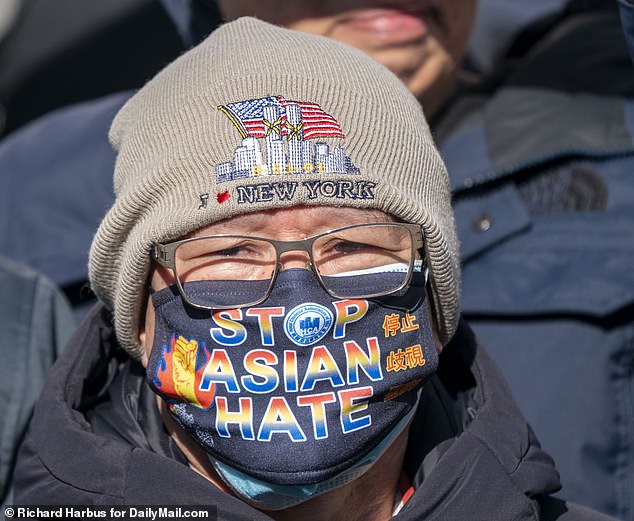 ‘So much blood. My wife said I should call someone to clean all the blood but I’m going to clean it up myself. It’s the least I can do for that poor girl,’ the building’s owner said.

‘She’s from New Jersey, been here less than a year,’ Chin told The Post. ‘Such a sweet girl.

Another neighbor, Zyana Salazar, 27, told DailyMail.com: ‘I just feel like he shouldn’t been out on.

‘We have seen far too many acts of violence against AAPI New Yorkers in recent months. We must make sure every community is safe in our state.

‘I join New Yorkers standing together in support of our AAPI friends & neighbors.’

‘I and New Yorkers across the city mourn for the innocent woman murdered in her home last night in Chinatown and stand with our Asian brothers and sisters today,’ Adams said in a statement on Sunday.

‘The NYPD is investigating this horrific incident, and I thank them for apprehending the suspect. While the suspect who committed this heinous act is now in custody, the conditions that created him remain. The mission of this administration is clear: We won’t let this violence go unchecked.’

Crime in the city has continued to spike, with overall crime having increased 41.65 percent, robbery up nearly 35 percent, and violent felonies up 13.3 percent through February 6 from the same time last year.

Meanwhile, nearly every police precinct in New York City has reported spikes in crime this year – including five in which the rate has doubled, new data from the New York Police Department shows.

‘No neighborhood is safe,’ one Brooklyn cop told The New York Post on Tuesday, offering a grim forecast for the future of the crime-ravaged city.

‘At this rate, we will lose the city by St. Patrick’s Day.’

PERCENT INCREASES IN CRIME FOR ALL PRECINCTS