And you thought your last move was hard!

The owners of an 138-year-old Victorian house had it rolled down the hilly streets of San Francisco on its way to a new address.

The large green six-bedroom 1882 house was loaded on to giant dollies and paraded six blocks through the Golden Gate City from Franklin Street to Fulton Street, incredible footage from ABC7 showed.

A gaggle of amused onlookers lined the sidewalks to watch the 1 mph procession.

The first part of the journey involved navigating one of the city’s infamous hills.

Joy had to secure permits from more than 15 city agencies, while the homeowner coughed up $400,000 in fees and moving costs to relocate the historic house, according to the San Francisco Chronicle.

To make way for the rolling house, parking meters were ripped up, tree limbs were trimmed and traffic signs were relocated. 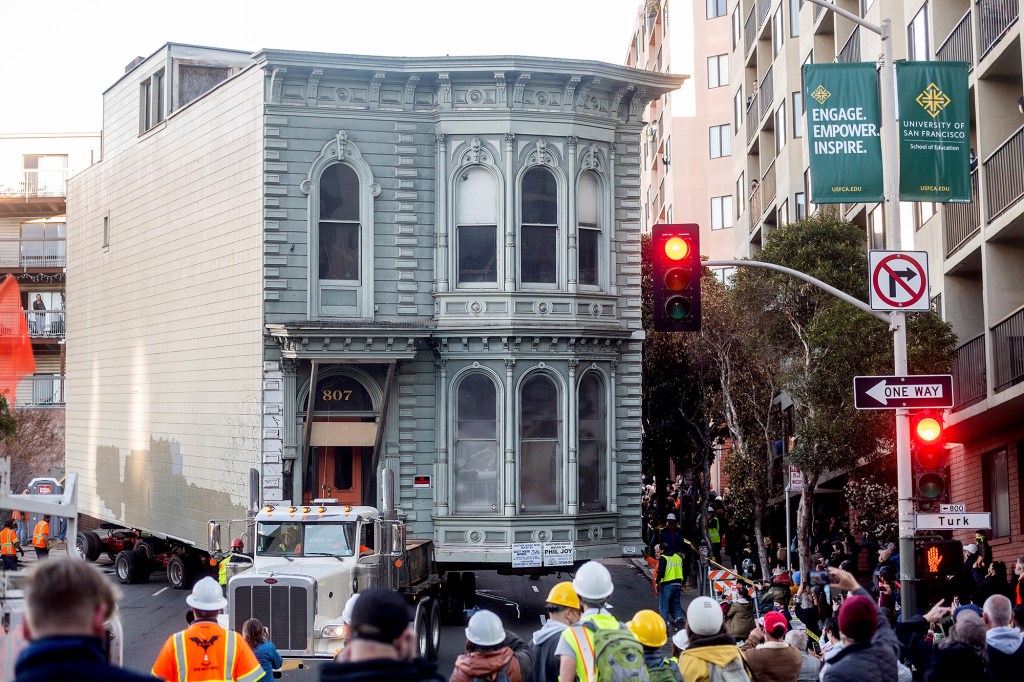 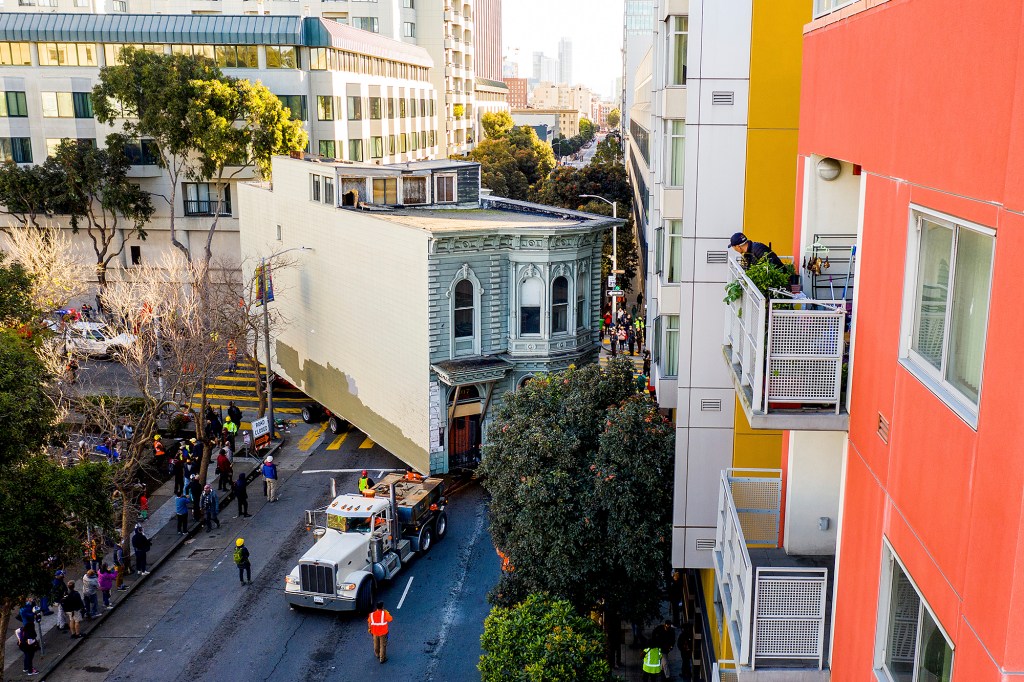 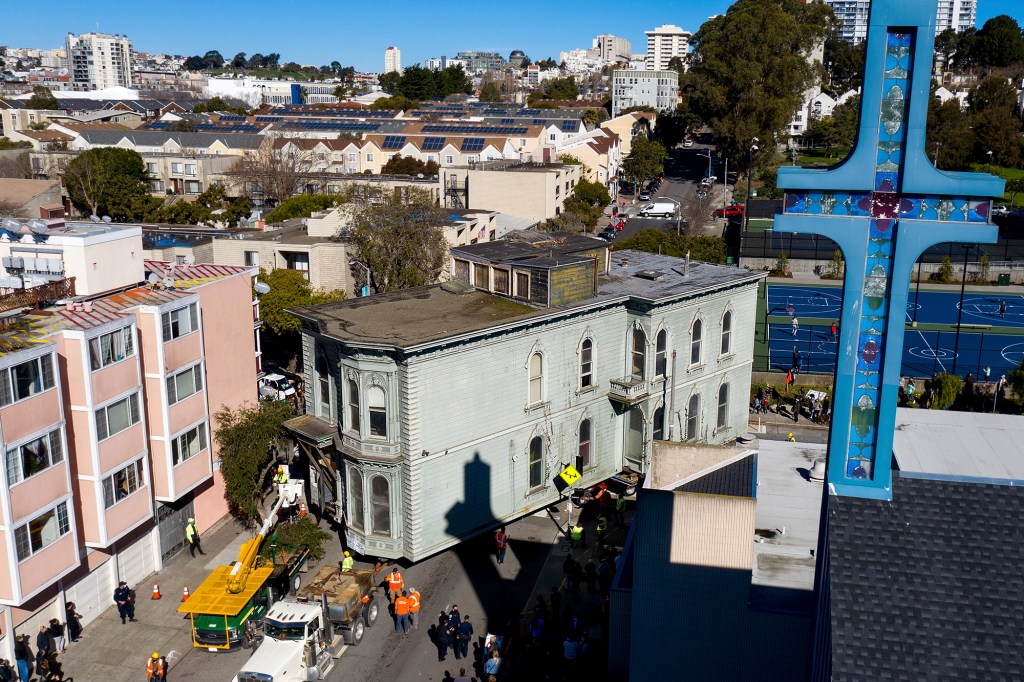