The suburban city of Highland Park, Illinois, is grieving after seven people were shot dead and 30 were injured during a Fourth of July parade Monday.

Police say a preliminary investigation shows a lone gunman opened fired on parade attendees during the morning Independence Day celebration. A high-powered rifle was recovered at the scene, police said.

Lake County Major Crime Task Force spokesman Christopher Covelli said the gunman apparently fired from a rooftop at around 10:14 a.m. after climbing there on an unsecured fire escape ladder attached to the building.

No charges had been announced as of Tuesday morning, but police took 21-year-old Robert “Bobby” E. Crimo III into custody Monday night after the shooting.

Highland Park is a city of about 30,000 people about 25 miles north of downtown Chicago.

During a press conference Tuesday, Highland Park Mayor Nancy Rotering said the city would release information on its website (https://www.cityhpil.com/) later in the day about where to donate.

“Be mindful of potential scams,” Rotering said. “This afternoon we’ll share additional information on the city’s website regarding how to donate to the victims, survivors and those who support the community.”

For now, here is how you can help:

A synagogue worker, a loving grandfather: What we know about the victims of Highland Park shooting so far 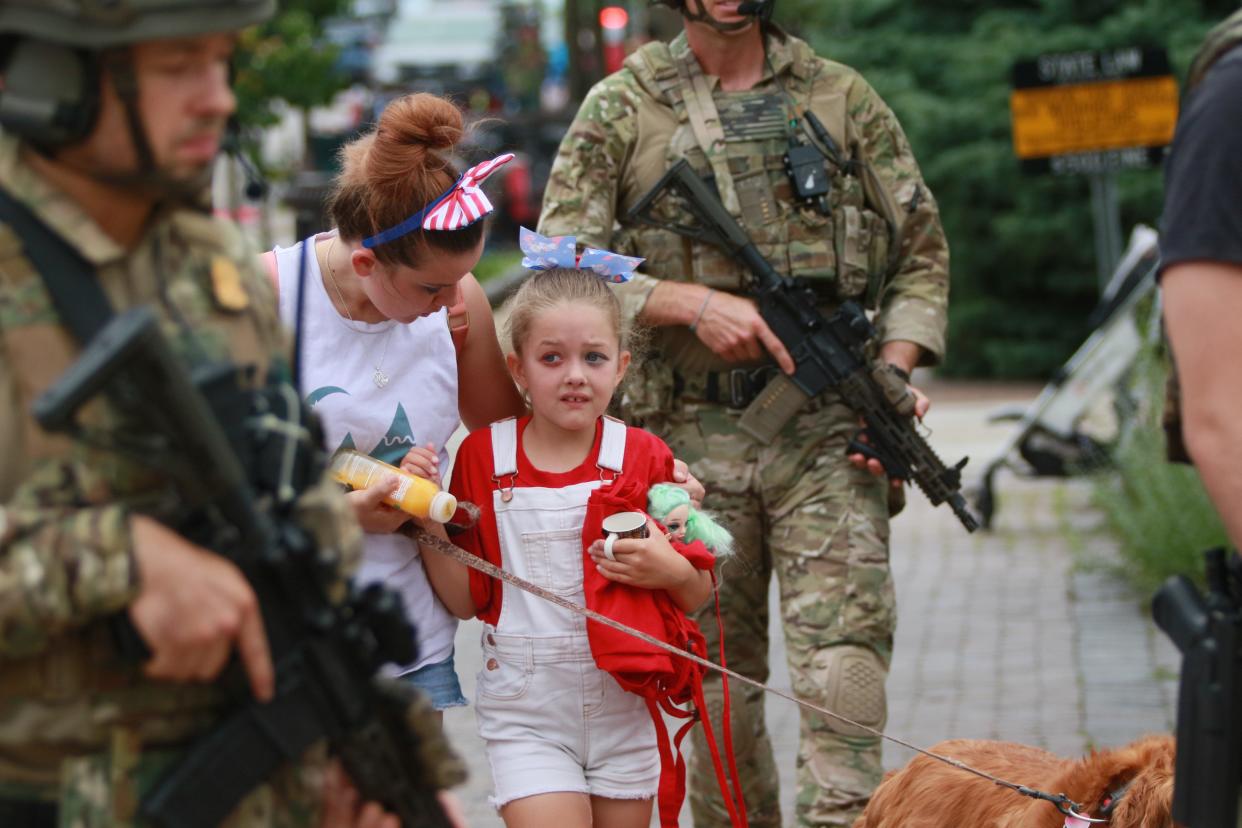 The crowdfunding website GoFundMe on Tuesday launched a hub of verified fundraisers related to the Highland Park parade shooting to aid victims and their families.

The hub is regularly updated as new fundraisers are verified by the organization, according to spokesperson Monica Corbett.

As of Tuesday, the following had been verified:

As of midday Tuesday, the fundraisers had collectively raised more than $250,000.

If you’re in the area, you can donate blood.

Gunshot victims require as much as 10 times more blood than those suffering from non-gunshot injuries, according to an analysis released in 2018 by Johns Hopkins Medicine researchers.

The Red Cross “has not received requests for blood products” in response to the Highland Park shooting, the organization said in a statement to USA TODAY Tuesday afternoon

“Prior to the holiday weekend, hospitals in the Chicago area were well stocked but we are standing by to support any needs that arise,” the statement read.

NorthShore University HealthSystem, which received 26 patients from the Monday attack, says that you can donate blood via the hospital if you are at least 17 years old, weigh more than 110 pounds and are in good health, according to its website. To schedule an appointment to draw blood, the health system says to call 847.570.2242 or email [email protected]

For those who wish to schedule an appointment to donate blood to the Red Cross, download the Red Cross Blood Donor App, visit RedCrossBlood.org, or call 1-800-RED CROSS (1-800-733-2767).

To donate money to the Red Cross visit https://www.redcross.org/donate/donation.html/. 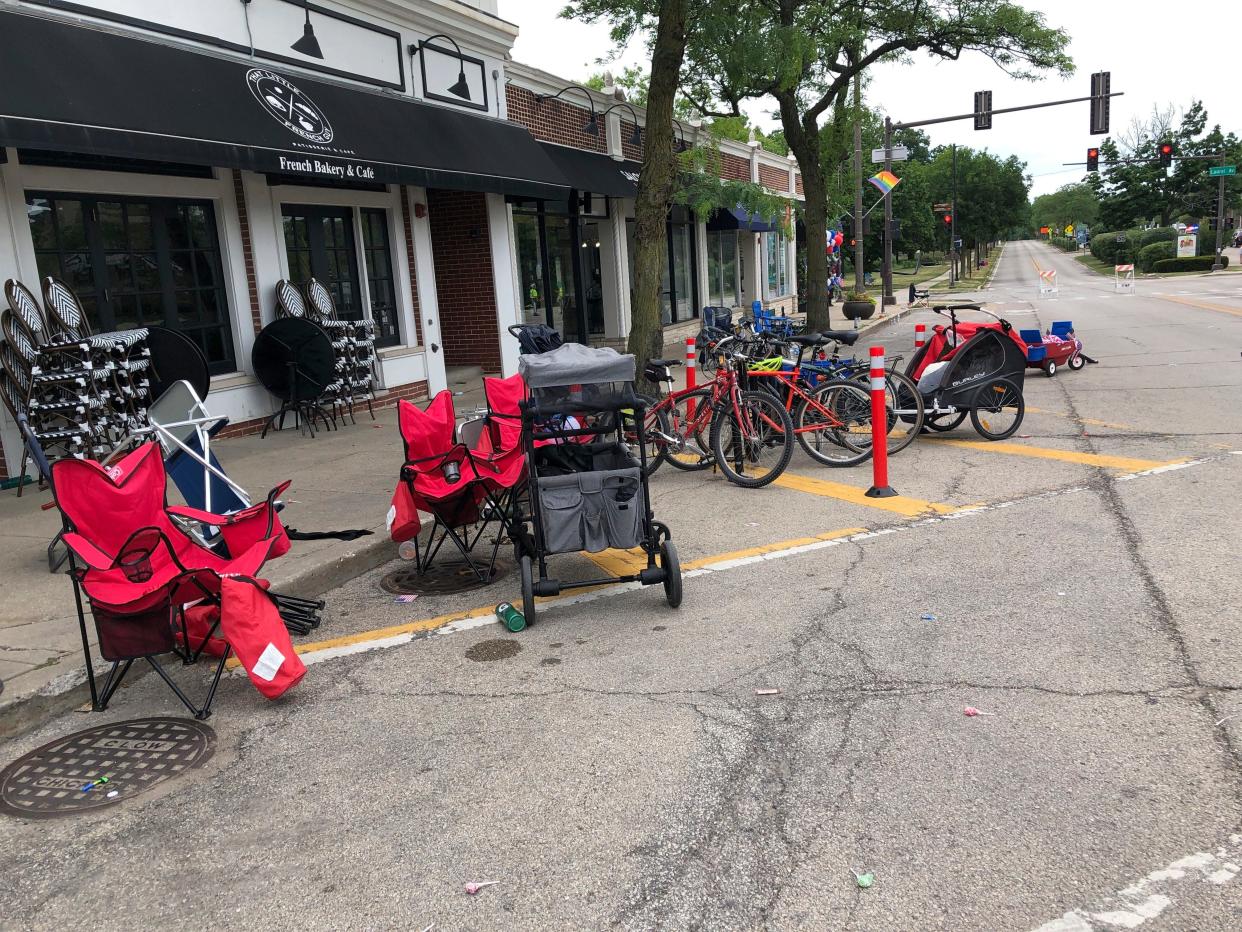 Anita Busch, president of VictimsFirst, which included a link to one of the fundraisers on its website, said the best thing people can do when donating money is making sure it’s getting into the right hands.

Busch, whose family has suffered through two mass shootings – the 2012 theater shooting in Aurora, Colorado, and the 2017 shooting at the Route 91 concert in Las Vegas – also stressed some of the group’s best practices on the heels of mass casualties like this one.

According to the nonprofit, it’s best for fundraising groups to:

Natalie Neysa Alund covers trending news for USA TODAY. Reach her at [email protected] and follow her on Twitter @nataliealund.

This article originally appeared on USA TODAY: Here’s how to help those affected by the Highland Park mass shooting