A helicopter fell short of a landing pad in Manhattan and was submerged in the Hudson River on Wednesday afternoon.

A source told DailyMail.com that the pilot, 35-year-old Eric Morales, was alone in the helicopter when it made an unexplained descent into the water running along Manhattan’s West Side.

Morales was rescued from the river by a barge, having sustained a cut to one hand.

A person working at the helipad also suffered non-life-threatening injuries from debris dislodged in the crash. Both people wounded reportedly refused medical attention. 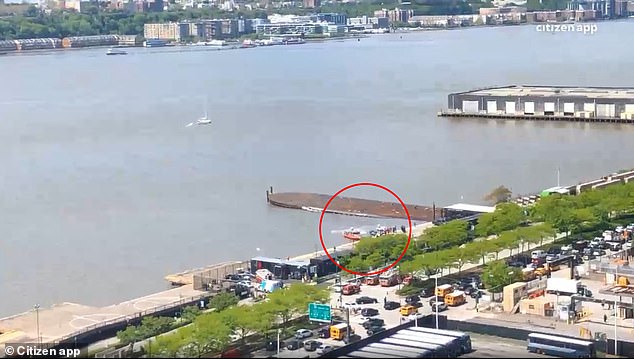 A helicopter fell short of a landing pad in Manhattan and was submerged in the Hudson River on Wednesday afternoon, FDNY officials say 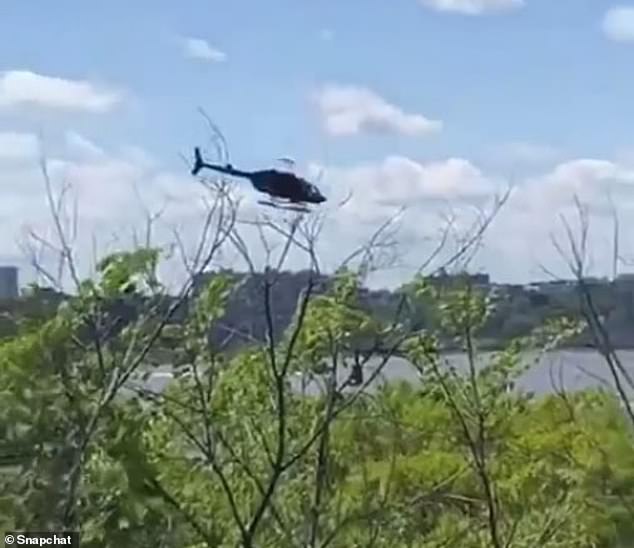 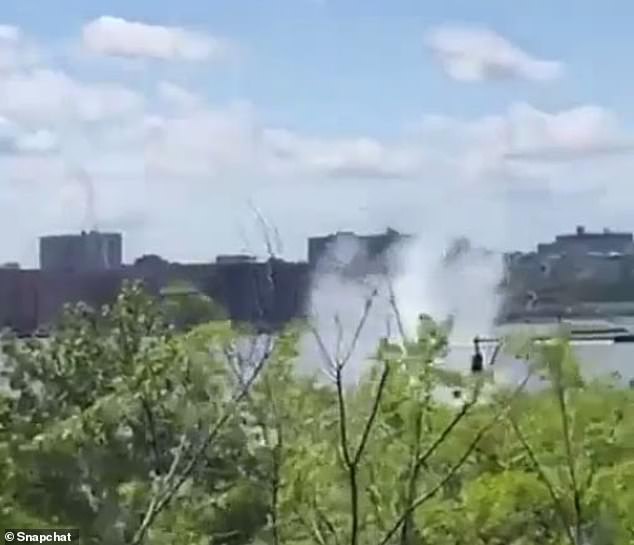 The source said Morales had just refueled and was moving the helicopter to an area where customers are picked up at the heliport, taking a route that made him briefly fly over the Hudson.

It is not yet known what caused the helicopter to lose altitude, but the pilot was able to deploy emergency floats in time when it hit the water.

It was pulled to the shore shortly after the crash.

Emergency crews rushed to the scene near 12th Avenue and West 34th Street by land and by water to help recover the helicopter.

A witness to the crash told CBS: ‘I was riding my bike to work, and you know, I see helicopters take off all the time from here and I heard kind of like a boom after one of them was taking off and I looked over and I see the helicopter that took off.

‘It wasn’t very high and it started spinning out of control . And it was spinning and kind of slow but then the airbags deployed and it dropped into the water. And that is when I grabbed my phone and I ran over and took video.

‘At that point I was riding this way, so it was kind of I don’t know, behind some of the netting over here. But I don’t know. You know, I’m not always looking at them but like, I hear them take off, like I’m on my way to work.

‘There were no flames. It just started you know, spinning in a circle. Spinning, spinning and the airbags deployed and it fell to the water.’ 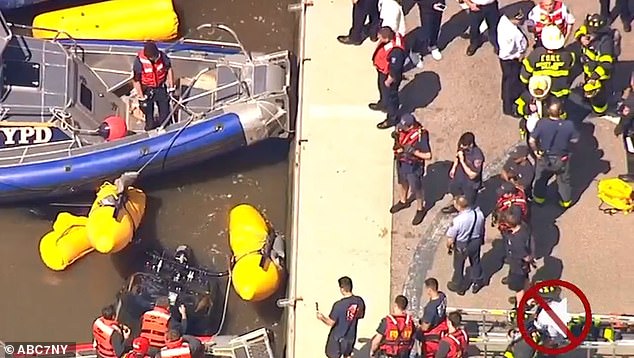 The pilot was the only person on board the helicopter. He and a person working at the helipad sustained non-life-threatening injuries 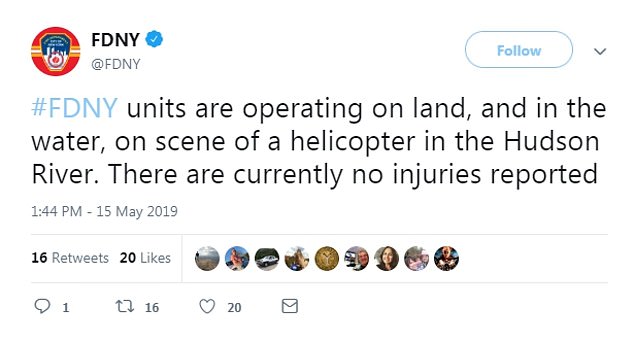 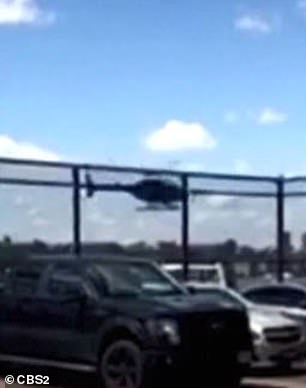 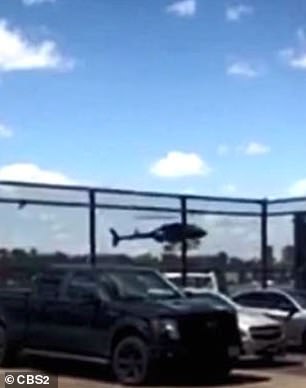