THIS is the heartwarming moment a hero paramedic was applauded by her entire street as she made her way to work battling coronavirus.

Tayla Porter could be seen fighting back tears as locals in Basingstoke, Hants, joined together in a show of support for the frontline worker. 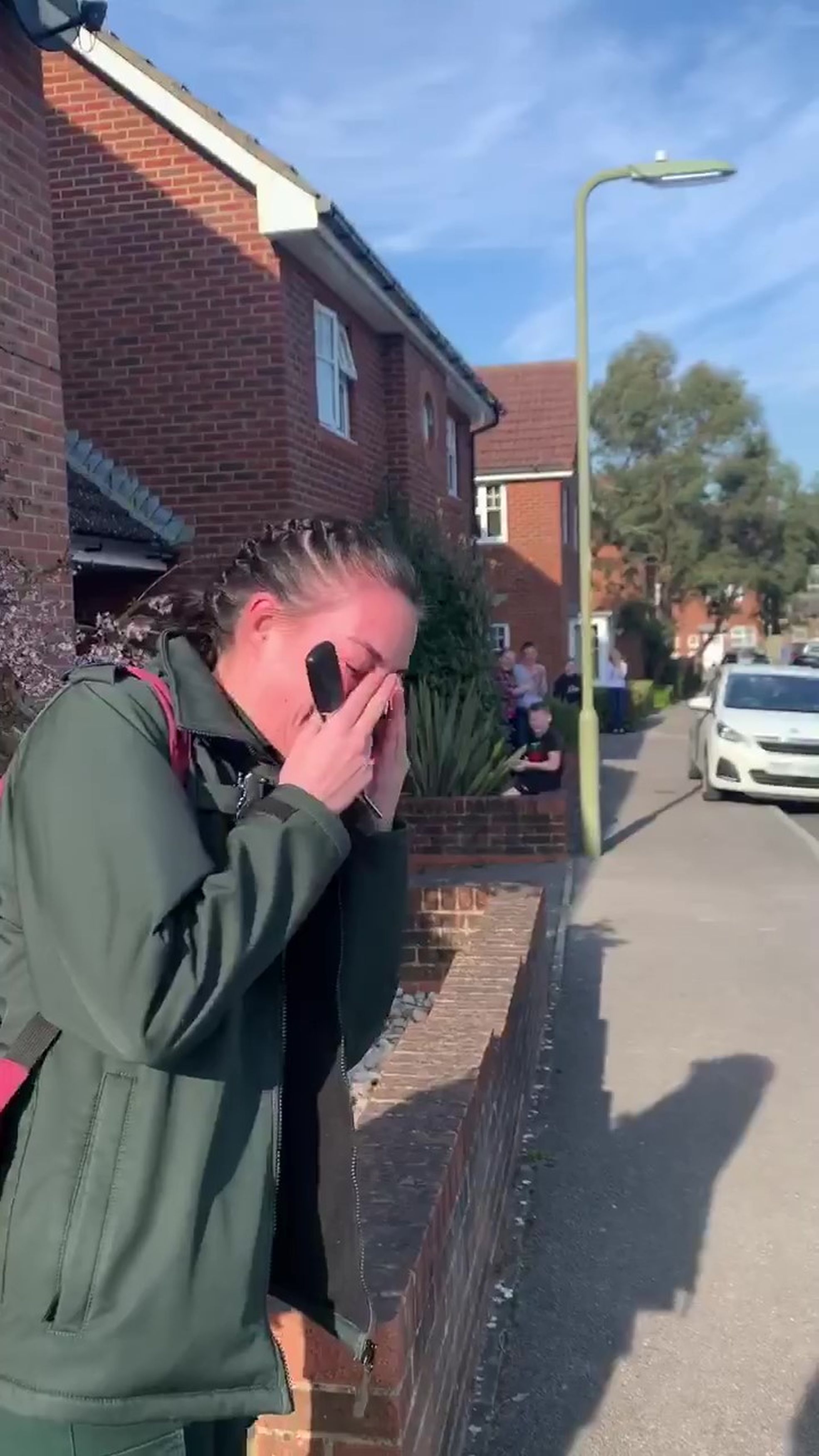 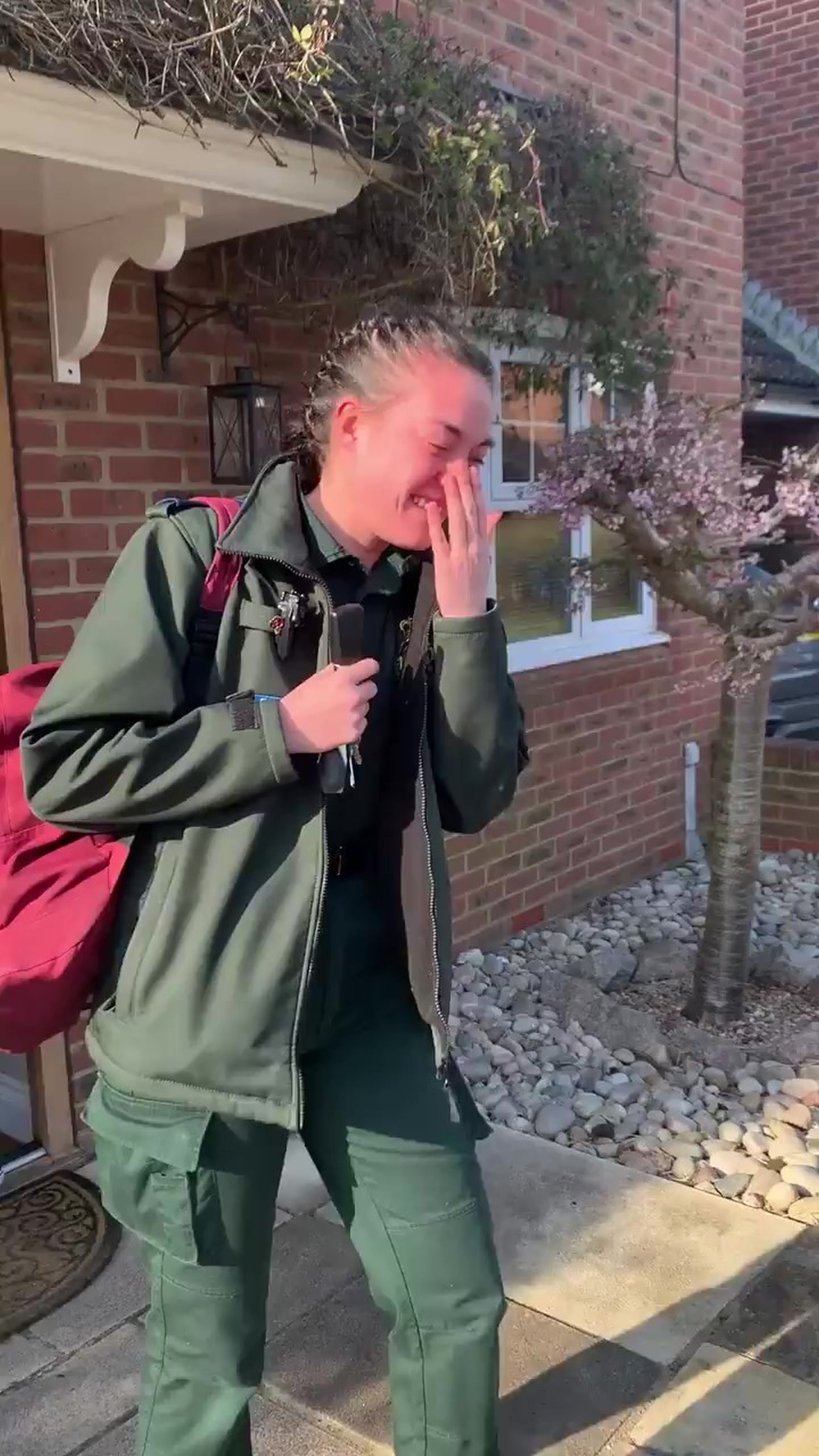 The 22-year-old was also greeted by a box of Cadbury's Miniature Heroes and homemade cake on top of her car as she made her way to Basingstoke and North Hampshire hospital on Thursday.

Mum Ali, 55, who proudly watched the round of applause with Tayla's dad Phil, 55, and sister Tash, 21, said she was overcome by the response.

She said: "It was overwhelming for all of us.

"I had no idea the whole street would come out. I just thought it might be our next door neighbours and the house opposite.

"What I didn't realise was that every single house had at least one person come out to clap her.

"It was so emotional, I could barely speak. It was just overwhelming pride." 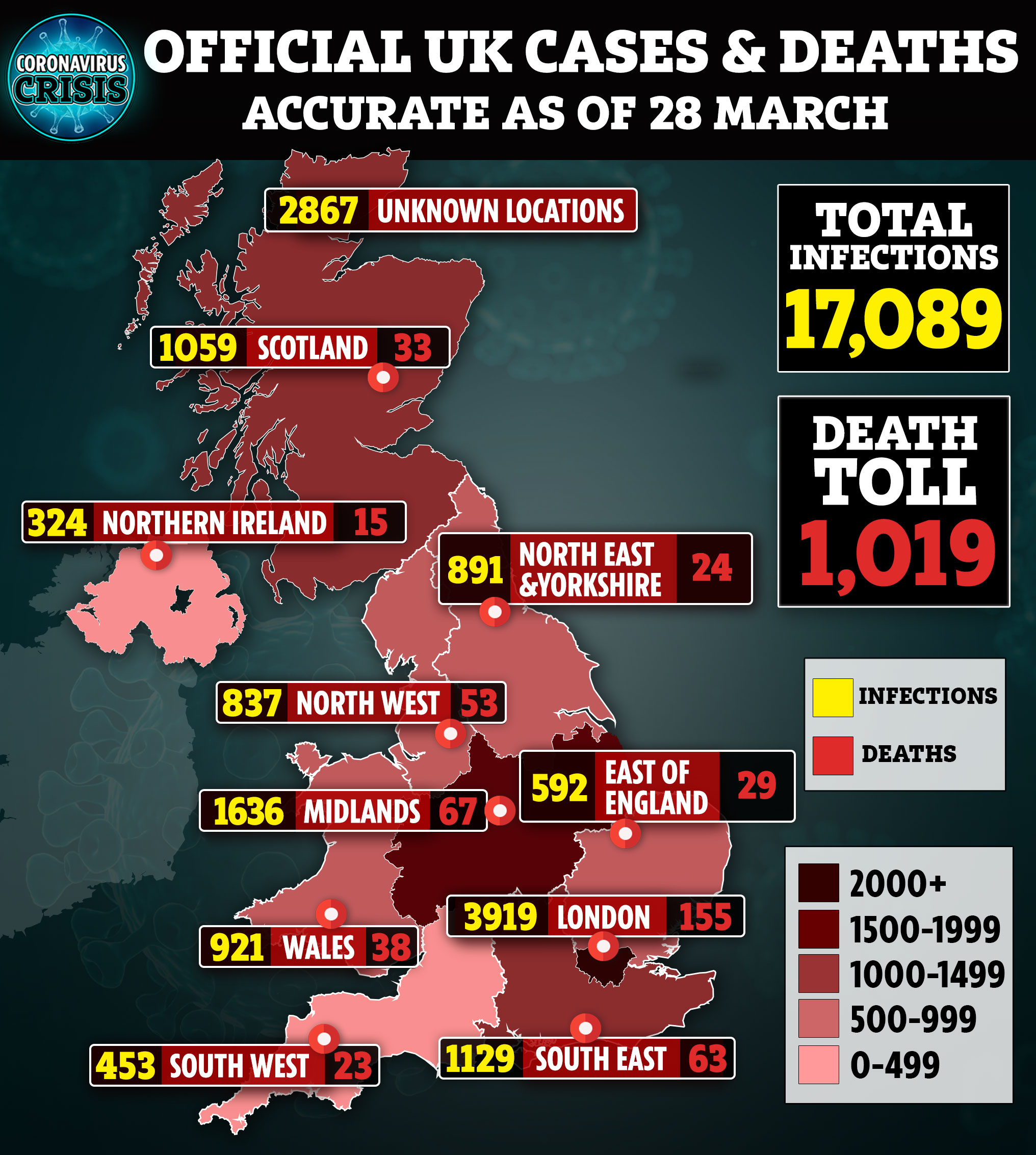 The appreciation for Tayla was organised when a few locals posted about the #clapforcarers national round of applause to thank our hero NHS workers on a village forum.

Ali then mentioned her emergency care assistant daughter would be leaving for work from 4pm.

But the family were gobsmacked when the entire neighbourhood came out to support Tayla, who hopes to become a lead paramedic.

Speaking about the horror of tackling coronavirus in the UK, Ali revealed her hero daughter has been forced to miss her sister's birthday celebrations and is often "exhausted".

The mum said: "There's been some nights where Tayla's come back and we've had to sit down and she’s had a bit of a cry from being exhausted.

"She's seeing things that are quite scary. But she goes out there and puts a brave face on.

"We don't know enough about coronavirus and that's not the only thing they're facing out there."

The tear-jerking video has been viewed more than 700,000 times and shared more than 48,000 times since it was posted on Facebook.

It came as the UK turned blue on Thursday to support frontline NHS workers in a huge show of unity.

The Clap For Carers campaign, which started online, was staged because "during these unprecedented times they need to know we are grateful", according to the organisers.

At 8pm, grateful Brits obeyed government advice to stay indoors and instead showed their support from inside their homes, on balconies and in their gardens.

Some set off fireworks as loud cheers rang across the UK to thank those risking their lives to fight the deadly virus.

To receive The Sun's Coronavirus newsletter in your inbox every tea time, sign up here.

Get Britain's best-sellin
g newspaper delivered to your smartphone or tablet each day – find out more.

Princess Charlotte, Prince George and Prince Louis joined in to show their support along with a host of celebs including Jamie Oliver and Amanda Holden.

And Prince Charles appeared for the first time since being diagnosed with Covid-19 to mark the celebration.

Clarence House posted an Instagram video of the Prince showing his appreciation while Camilla, the Duchess of Cornwall, was seen clapping separately from an open window as the couple self-isolate in Balmoral, Scotland.

While Boris Johnson and Rishi Sunak posted a video outside Downing Street before the Prime Minister revealed he had tested positive for the deadly disease.

As part of the movement, landmarks including The Wembley Arch, the Principality Stadium, the Royal Albert Hall and Lincoln Cathedral were lit up in blue during the salute. 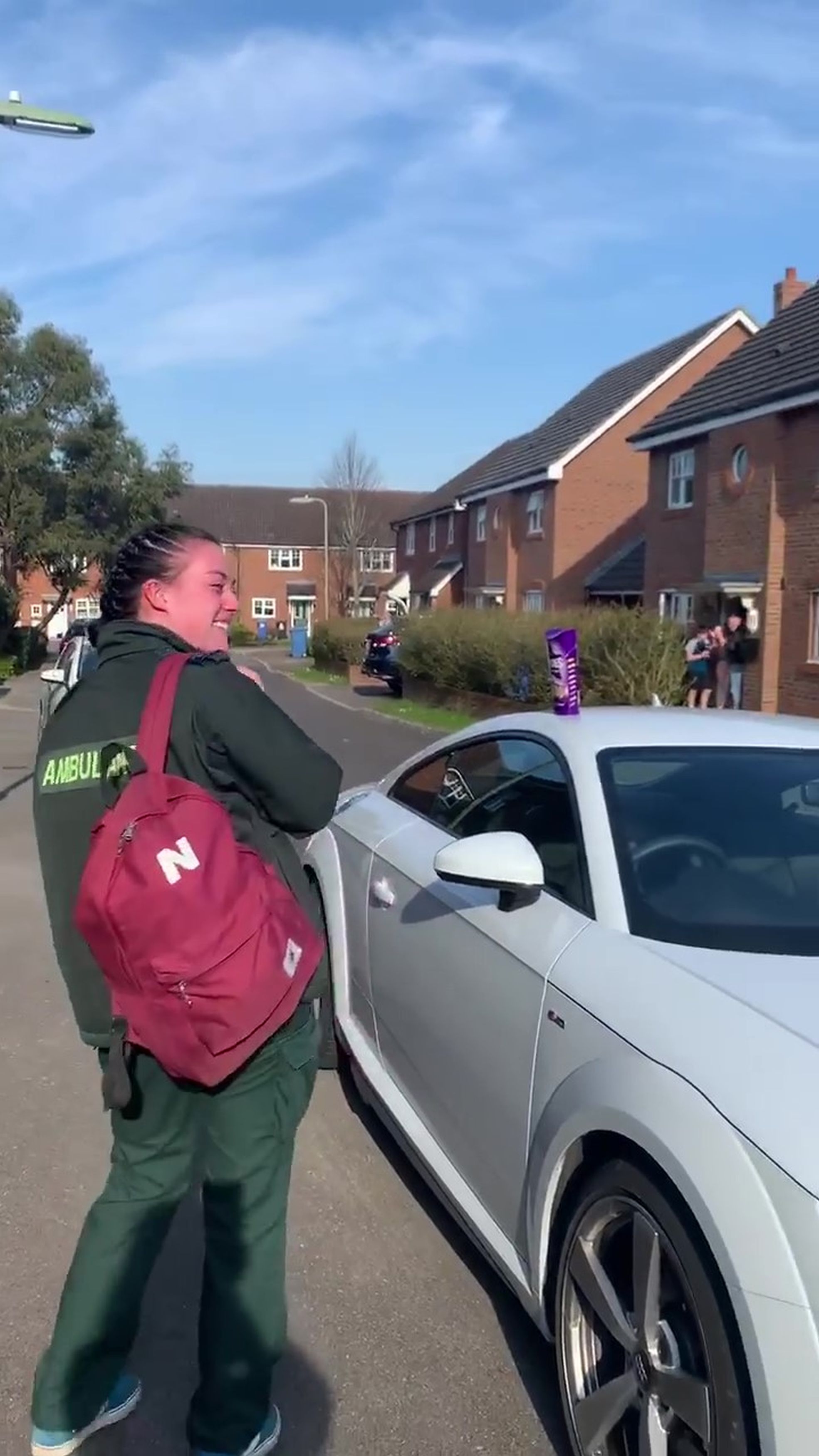 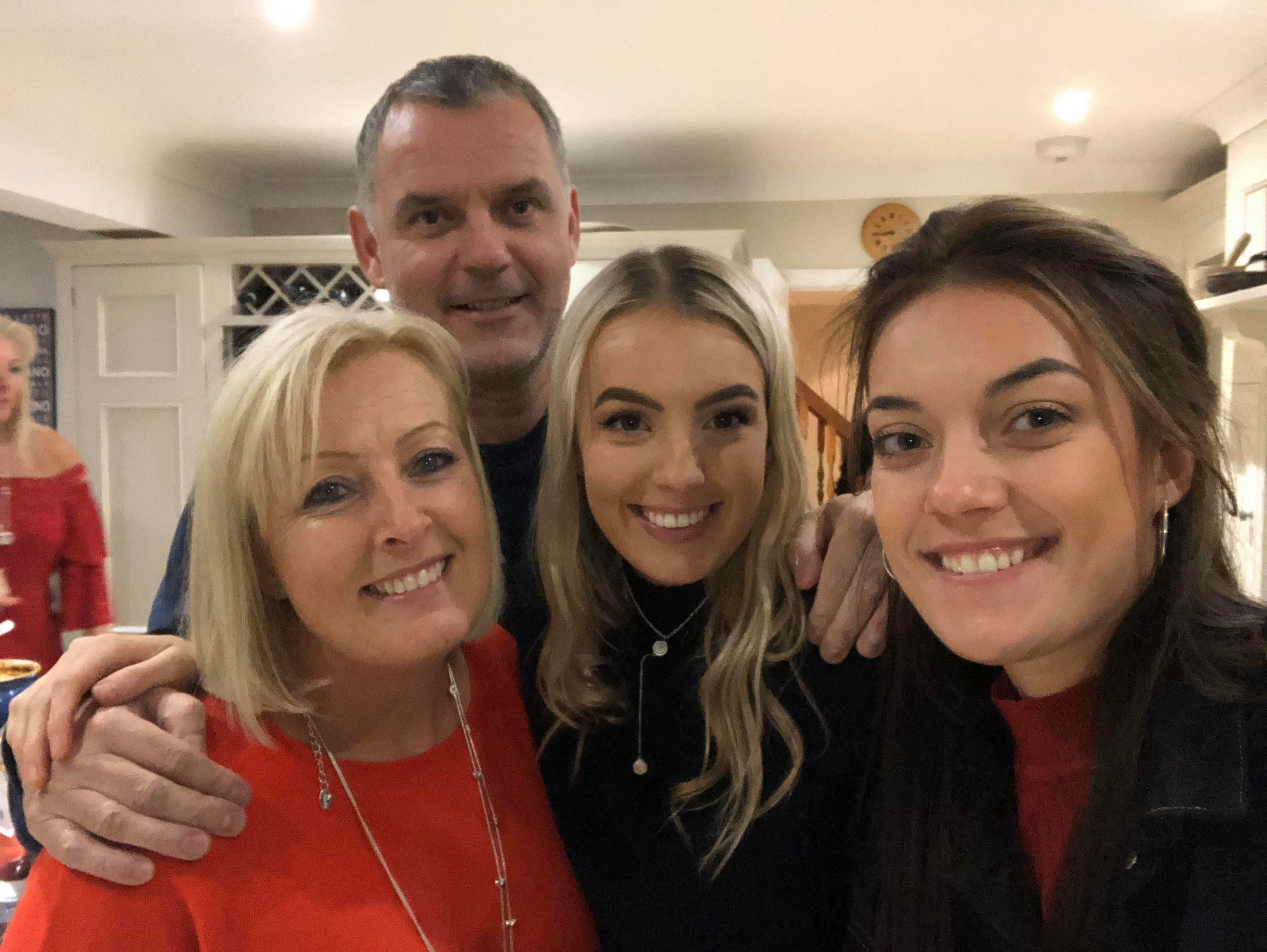 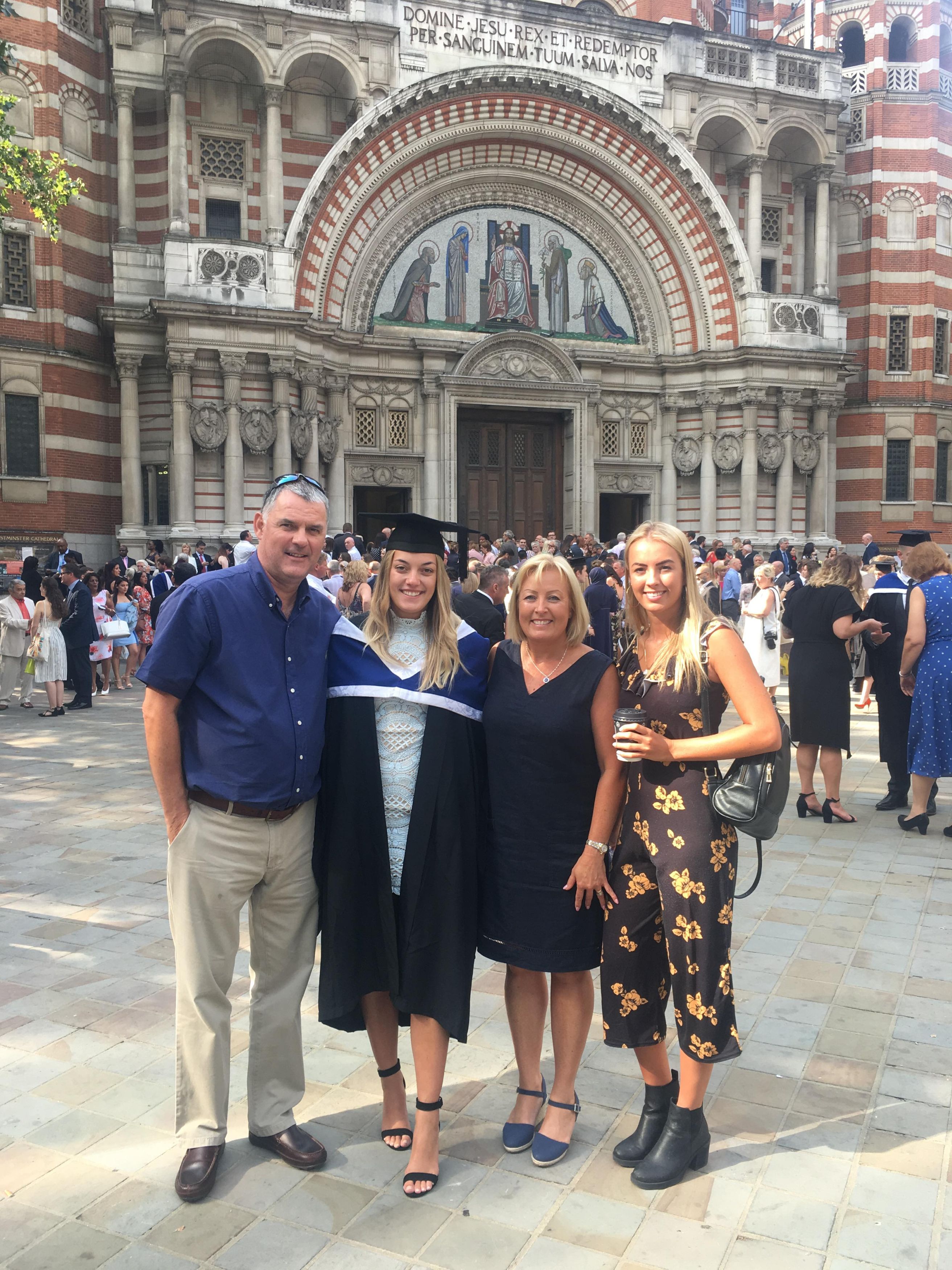 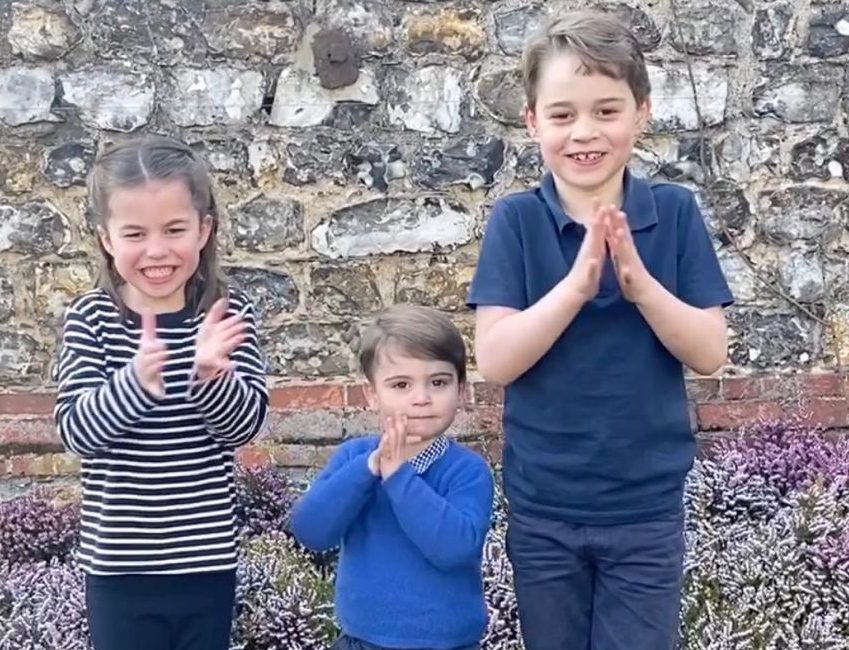 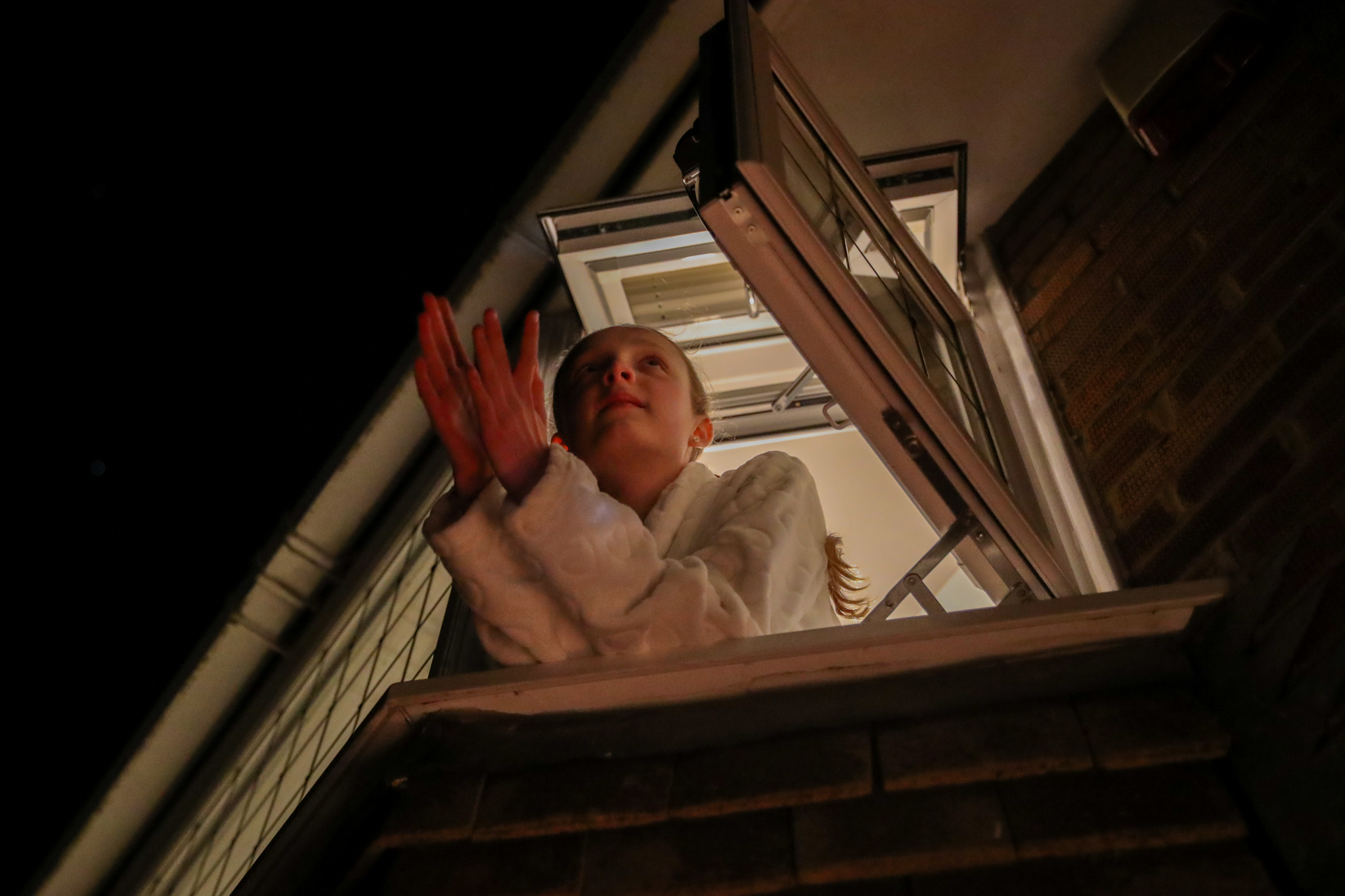 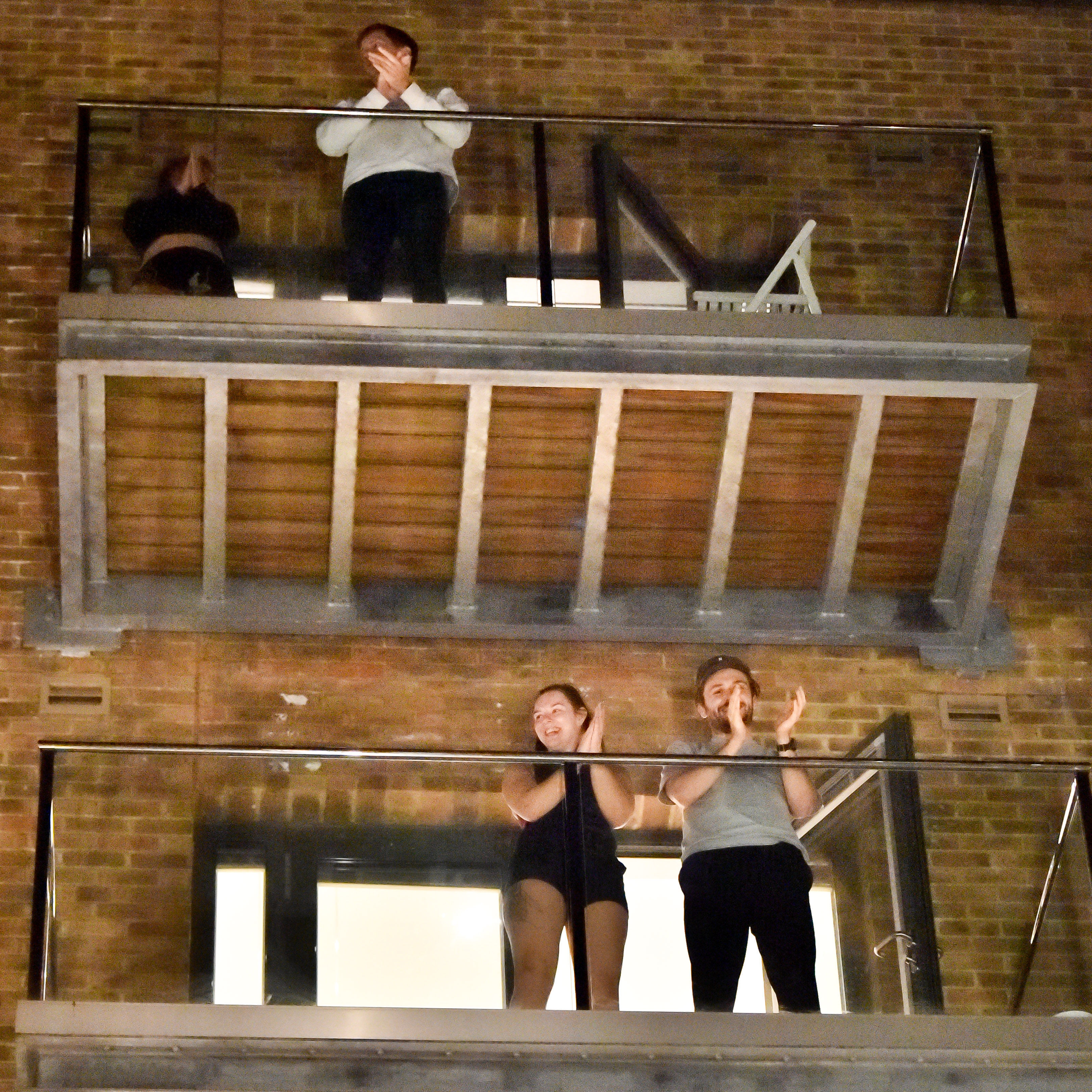 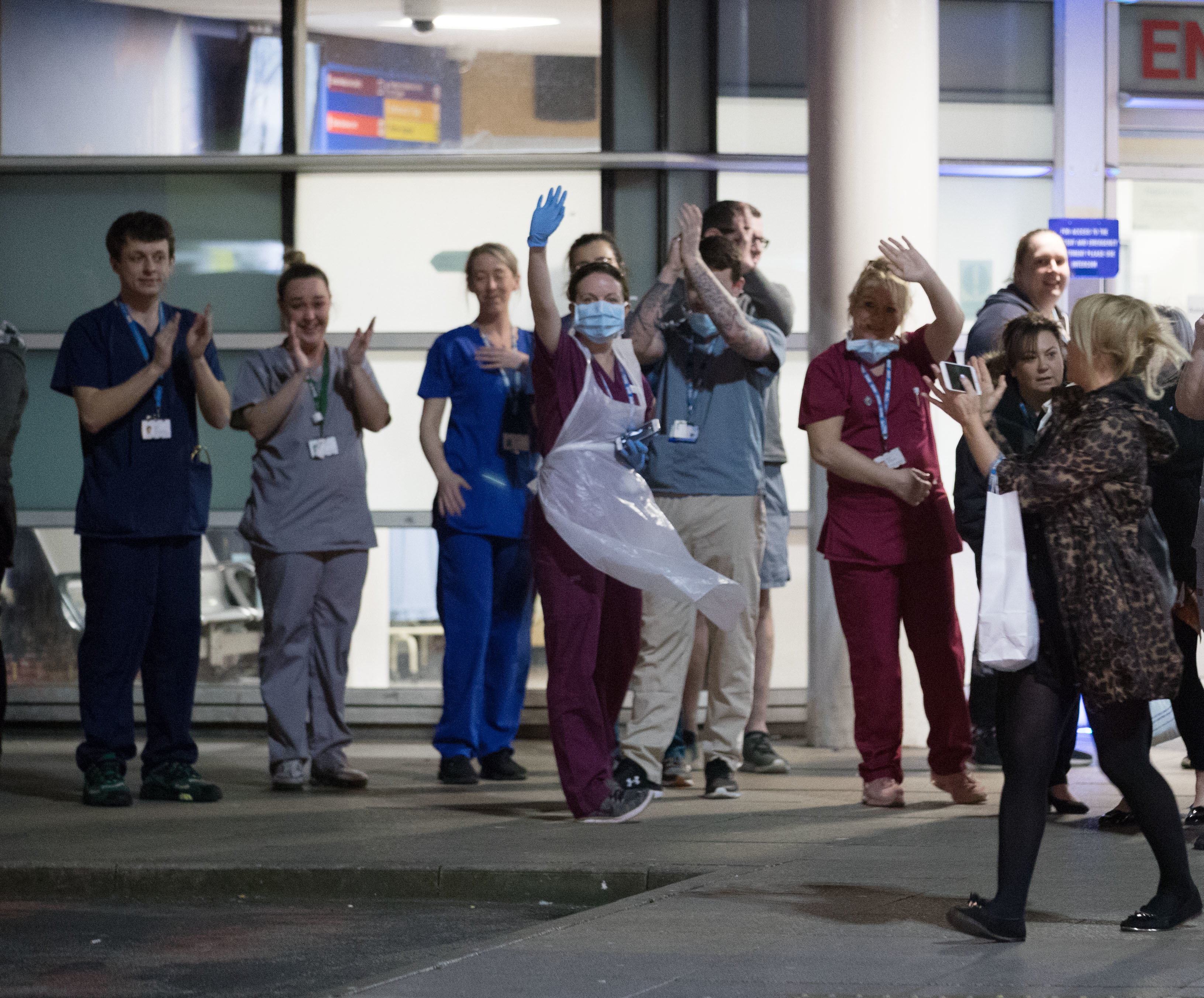