The head of MI6 is to stay on beyond his retirement date to deal with any post-Brexit turmoil, it has been reported.

Alex Younger, who has been in the role for almost five years, is due to retire in November – but could now stay on for an extra 12 to 24 months.

Whitehall officials are keen for stability during the period of Britain’s departure from the European Union, according to sources close to The Times.

And would like the heads of security and intelligence services to remain in place during the difficult period of transition following Brexit. 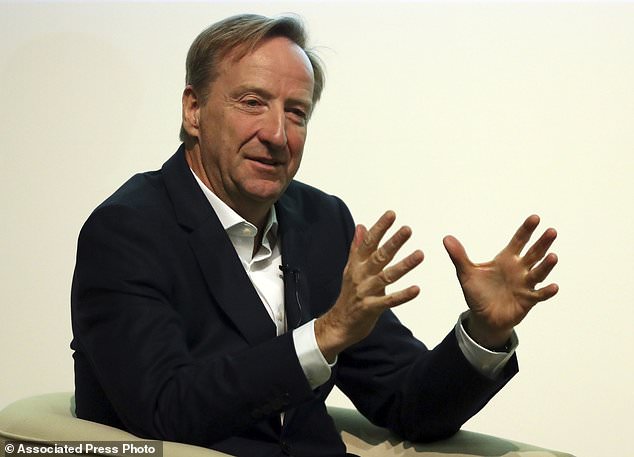 Alex Younger (pictured), who has been head of MI6 for almost five years, is due to retire in November – but could now stay on for an extra 12 to 24 months

Should his extension be confirmed, he will be the longest-serving head of MI6 since Sir Dick White, who stayed in post for 12 years after his appointment in 1956 – due to the Cold War.

It is unusual for someone in the role to stay on for more than five years, with Mr Younger’s predecessors Sir John Sawers, Sir John Scarlett and Sir Richard Dearlove all leaving within that period.

But Andrew Parker, the head of MI5, has agreed to remain in the role during the post-Brexit transition period – until 2020.

And one former senior Whitehall official told The Times: ‘The five-year stint is not set in concrete.’ 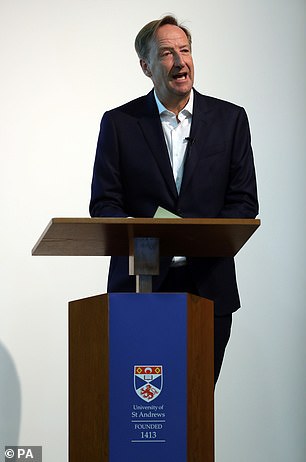 In December last year Mr Younger (pictured), known by the code name ‘C’, told students at his alma mater, the University of St. Andrews in Scotland, that Britain will fortify its intelligence ties to European counterparts

No official word has yet been made on Mr Younger’s future, and the Foreign Office has not commented on the report.

In December last year Mr Younger, known by the code name ‘C’, told students at his alma mater, the University of St. Andrews in Scotland, that Britain will fortify its intelligence ties to European counterparts even though Britain is leaving the European Union next year.

He encouraged students to seek employment at MI6 even if they don’t fit the typical profile of an intelligence officer.

MI6 deals with international security challenges. The official threat level in Britain is set at ‘severe,’ indicating that intelligence analysts believe an attack is highly likely.

News of his reported departure comes as Theresa May ‘s chief Brexit negotiator Olly Robbins was heard telling colleagues in a hotel bar that MPs would face ‘extended talks’ if the deal was not backed.

‘The issue is whether Brussels is clear on the terms of extension,’ he was overheard saying by Mr Walker.

‘In the end they will probably just give us an extension.’ 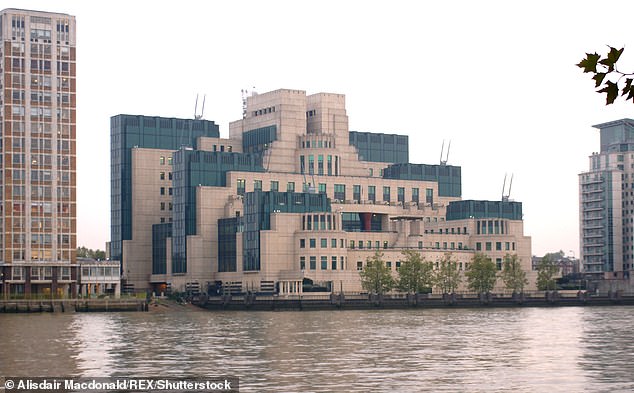 It was also reported today that once Mr Yougner stands down, an internal candidate is likely to replace him as head of the organisation (the MI6 building is pictured)

Questions remain over how intelligence will be shared between Britain and other EU countries – with such behavior having been key to preventing terrorist attacks in the past.

In January, two senior former security chiefs condemned Theresa May’s Brexit deal – which was later voted down – as a threat to national security.

Ex-MI6 boss Sir Richard Dearlove and former head of the Armed Force Lord Charles Guthrie insisted the deal would ‘threaten the national security of the country in fundamental ways’.

It is hoped that with Mr Younger in place during the Brexit transition period, ambiguities over the future relationship between security services can be more easily discussed.

It was also reported today that once he stands down, an internal candidate is likely to replace him.