An HBO actress was bitten six times by an angry seal pup as she swam along the coast of South Africa –  forcing her to make a trip to the ER with bloodied fingers.

Loulou Taylor posted about the attack, which happened on Tuesday on Clifton Beach in Cape Town, on Instagram and jokingly compared it to a scene from Jaws, albeit one involving a seal instead of a shark.

Video of the incident shows the year-old Cape fur seal first attack a boy playing in the shallows. Once the boy breaks free a lifeguard on the beach blew their whistle and instructed swimmers to get out of the water.

Moments later, Taylor was also attacked and started struggling with the disgruntled seal. A man approached to help, grabbed it by its flippers, and hurled it into the sea and away from the shore. 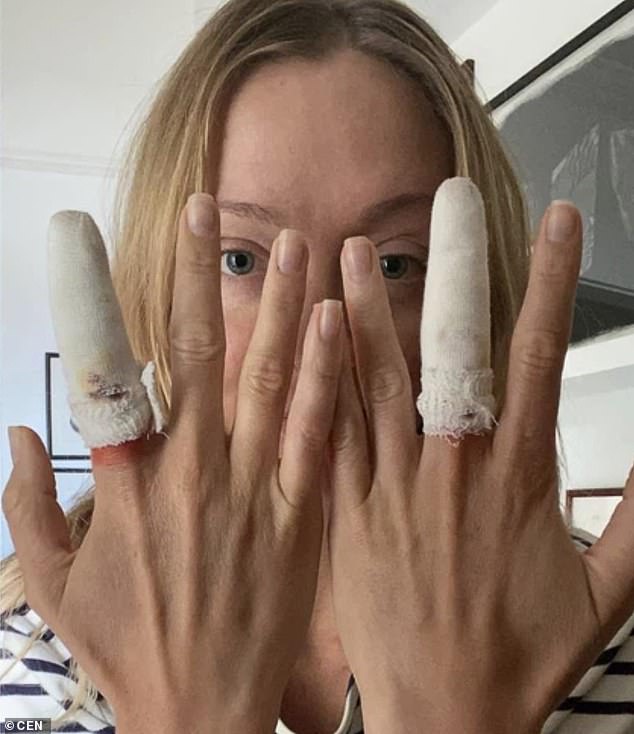 Taylor is a South Africa-born and LA-raised actress that appeared in popular HBO show Raised by Wolves and plays recurring character Cassia.

After the attack she posted photos of a bloody finger with a visible gash. She wrote: ‘Be careful swimming at Clifton! I was attacked by a seal in the water and bitten 6 times requiring an ER visit and strong antibiotics. They have big teeth!’

A day later on Wednesday she posted photos of two fingers in bandages and indicated that she was recovering. ‘Status update! I’m on the mend,’ she wrote.

As seals can carry bacteria in their mouths, Taylor was provided with ‘strong antibiotics.’ 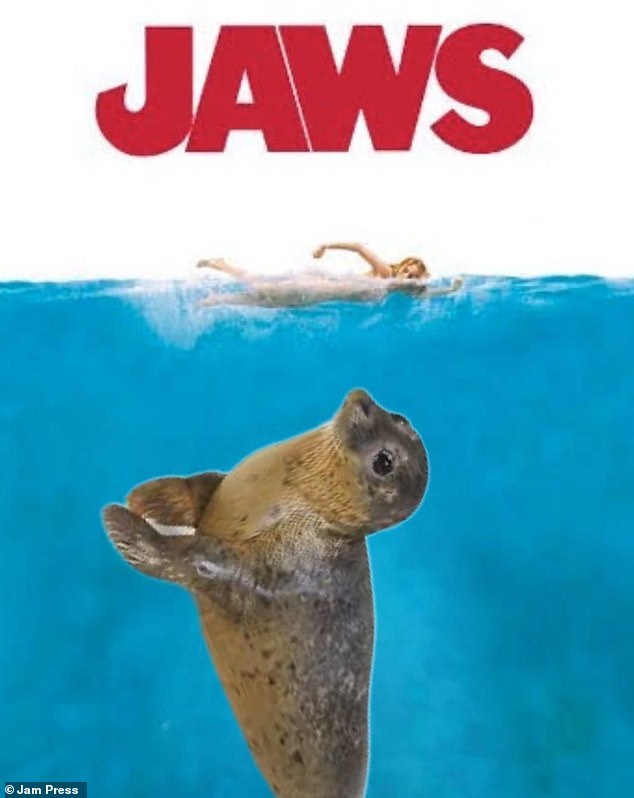 On Instagram Taylor jokingly compared the incident to a scene from Jaws, albeit one involving a seal instead of a shark 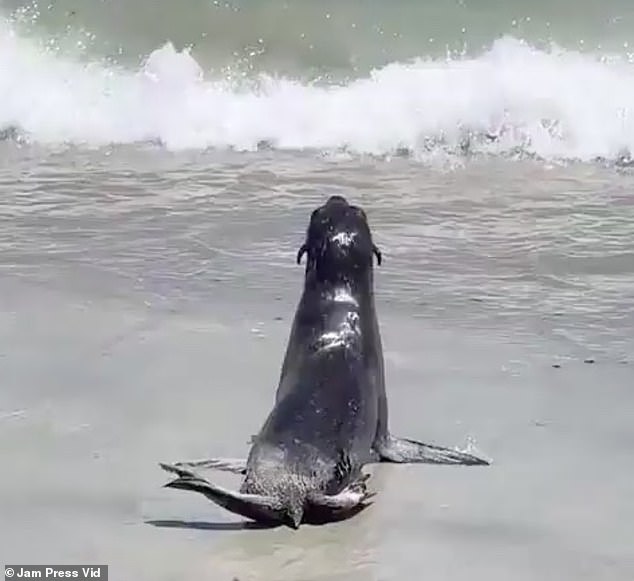 Brett Glasby, programme coordinator at the Two Oceans Aquarium Education Foundation, suggested the seal’s erratic behavior may have been triggered by a algae bloom in South African waters that caused the release of toxins.

He told local paper the Daily Maverick there has been a spike in seal attacks since December.

‘It’s not aggressive behavior, it’s defensive behavior. Last year, we had a mass die-off on our coastlines that was attributed to domoic acid poisoning from red tide algae bloom.

‘The seals consume fish and crustaceans that have algae bloom domoic poisoning,’ he said. ‘One of the symptoms is a swelling of the brain.’

He said that causes neurological damage which is suspected to cause a greater number of attacks, but that without an MRI scan of the seal’s brain its not possible to say with certainty. 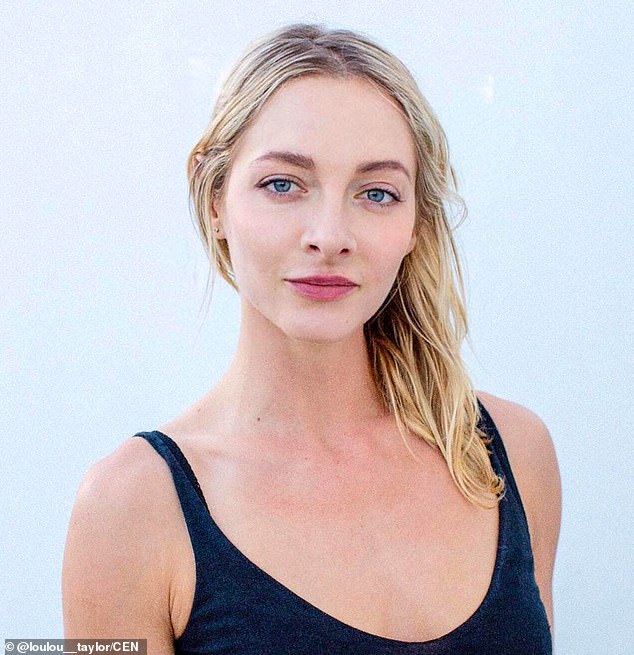 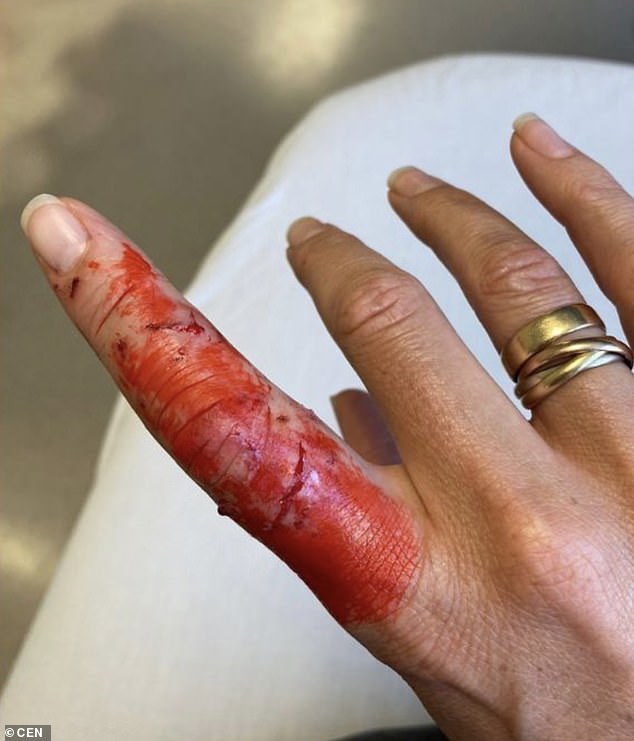 An alternative explanation was presented by Dune Spence-Ross, from the Hout Bay Seal Rescue Center.

He told News24: ‘Any predator that is surrounded and harassed like the seal was would have reacted the same way, but of course the video doesn’t show the part where the seal is being stressed by a crowd of people surrounding it.’

‘Yesterday, the beachgoers were lucky,’ he added, ‘it was only a yearling approximately 12 months old, weighing no more than 10kg by the looks of it.

‘If that was a fully grown seal, the headlines would have been very different.’