Gym owners vow to defy second lockdown and remain OPEN despite risk of being hit with £10,000 fine if they ignore new Covid regulations

Gym owners have vowed to defy a second lockdown and remain open despite the risk of being hit with a £10,000 if they ignore new Covid-19 regulations.

A number of gyms across England say they ‘refuse to obey the tyranny’ and will disobey the rules, which come into effect at midnight on Thursday.

Pubs, restaurants, hairdressers, gyms and all non-essential retailers will be ordered to shut under the latest measures, and companies who fail to comply with the restrictions will face a hefty fine of up to £10,000.

Data for the end of October shows gyms were the sixth most common place for Test and Trace contact tracing exercises to be prompted, falling below supermarkets, pubs and restaurants and schools. 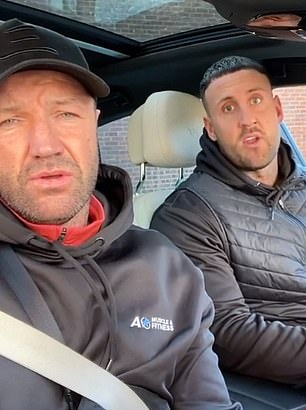 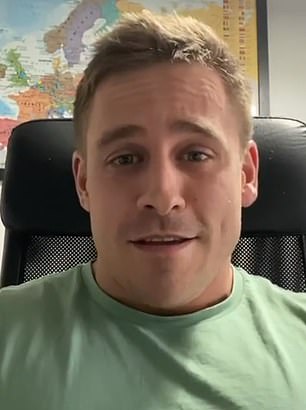 The owners of AStar Muscle and Fitness in West Yorkshire (both left) said gyms were ‘part of the solution, not the problem’ while Alex Lowndes (right), who owns Gainz Fitness and Strength in Cambridgeshire, is also willing to face a potential fine of up to £10,000

A gym in Wigan, Greater Manchester, has vowed to remain open and claimed they were ‘cleaner and safer’ than any supermarket.

Majestic Gym in Pemberton said it would open as usual on Thursday and it urged other businesses to ‘refuse to obey the tyranny.’

In a Facebook post, the gym said: ‘Seen the latest news from the Prime Minister and I’m proud to announce that Majestic Gym will stay open and NOT close as part of a national lockdown.

‘Please feel free to report this post to the police, the council, the prime minister himself.

‘Majestic Gym is cleaner and safer than any supermarket, fast food outlet or anywhere else that is allowed to stay open.

‘The more businesses that refuse to obey the tyranny, clog the legal system and save our liberties.’

People will be allowed to exercise outdoors during the four-week lockdown, which may extend for longer, but some fear the cold weather will make it less feasible for people to do so. 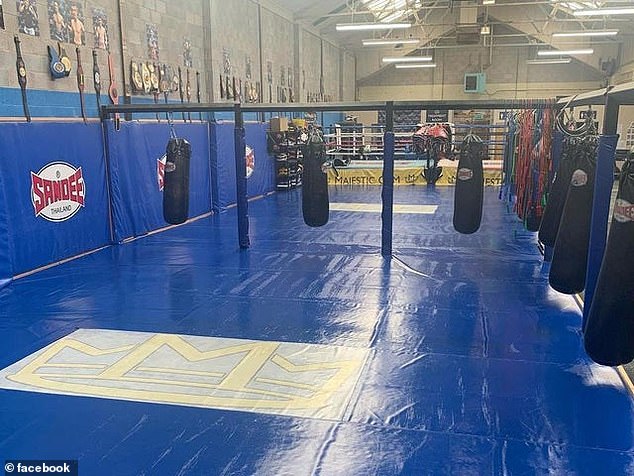 Majestic Gym (pictured above) in Wigan, Greater Manchester, has vowed to remain open during the second lockdown and claimed they were ‘cleaner and safer’ than any supermarket

In a Facebook post, the gym said: ‘We temperature test every single person on entry and side we reopened in July, we’ve had 3,500 visits and nobody has failed a temperature test’

Meanwhile, AStar Muscle and Fitness in Wakefield, West Yorkshire, posted a video on social media stating gyms were ‘part of the solution, not the problem’.

They announced they would remain open in order to support their members’ mental and physical well being.

Joe Davies, who runs the gym, said: ‘Gyms are part of the solution, not the problem.

‘Physical and mental health is so important especially at the minute. We are a lifeline for so many people, exercise is a massive thing for people.

‘We have had our own members attempt to take their own lives this year and you just never know how many more people who haven’t opened up have also been in a similar place.

‘Exercising massively helps people mentally, we genuinely believe what we are doing is the right thing to do.’

He added people’s mental health is a ‘real concern’ at this time of year with the cold weather and dark days. 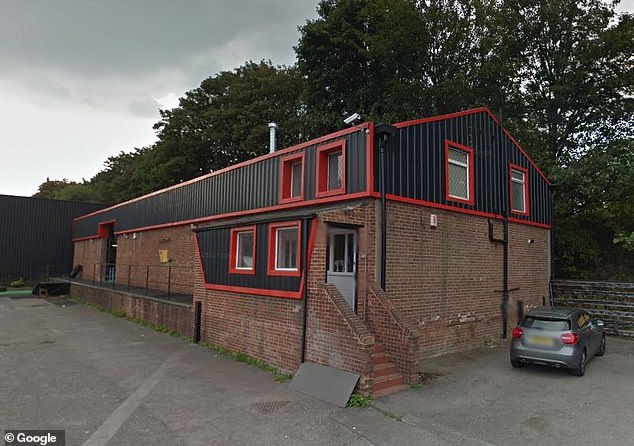 AStar Muscle and Fitness (pictured above) in Wakefield, West Yorkshire, posted a video announcing they would remain open to support their members’ mental and physical well being 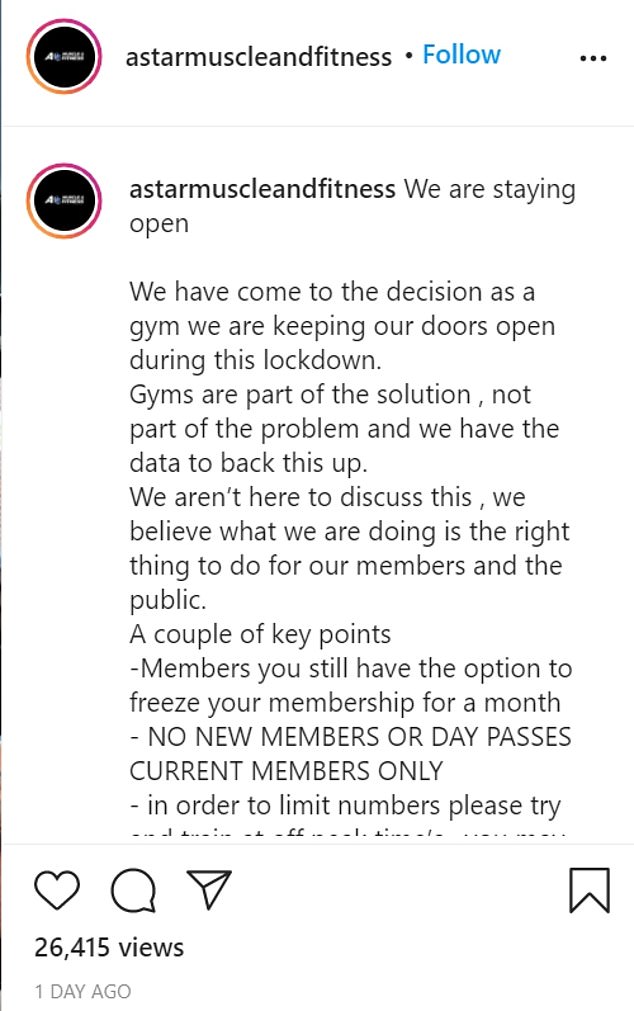 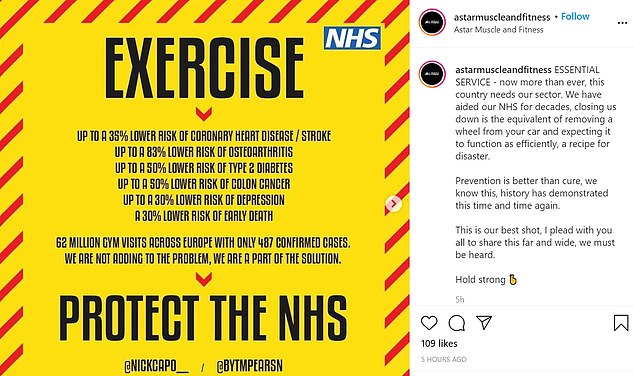 The two Instagram posts from AStar Muscle and Fitness, above, with one claiming: ‘Prevention is better than cure, we know this, history has demonstrated this time and time again’

He said: ‘We got through it in summer with outdoor workouts, but it’s going to be so different in winter with bad weather and dark mornings and nights.

‘It can be hard for people to find the motivation. It’s a real concern.’

Another gym owner said he would ‘100 percent’ break lockdown rules to keep both of his gyms open.

He claimed the science ‘doesn’t back the shutdown’ of gyms and labelled the government’s decision a farce.

Alex Lowndes, who owns Gainz Fitness and Strength in St Neots and Bedford in Cambridgeshire, said he was willing to accept the potential fine.

He said: ‘The science doesn’t back the shutdown of gyms. Garden centres are essential but gyms aren’t? It’s a farce.

‘None of us have got huge wads of money but this is bigger than £10,000. If they shut us down now then they’ll keep shutting us down.

Mr Lowndes added: ‘The response has been overwhelmingly positive. We’ve had pledges with people offering to help out with a fine if that happens.’ 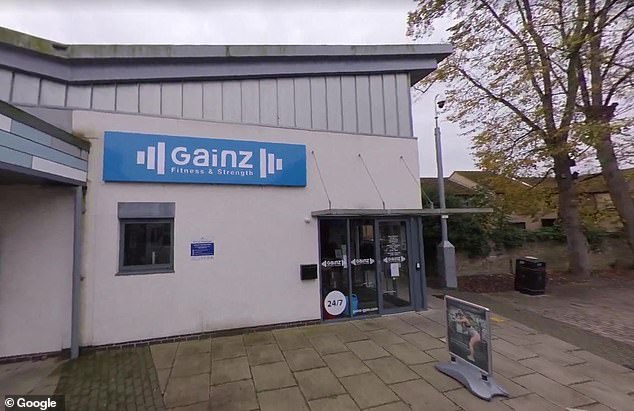 Alex Lowndes, who owns Gainz Fitness and Strength (above) in St Neots and Bedford in Cambridgeshire, claimed the science ‘doesn’t back the shutdown’ of gyms 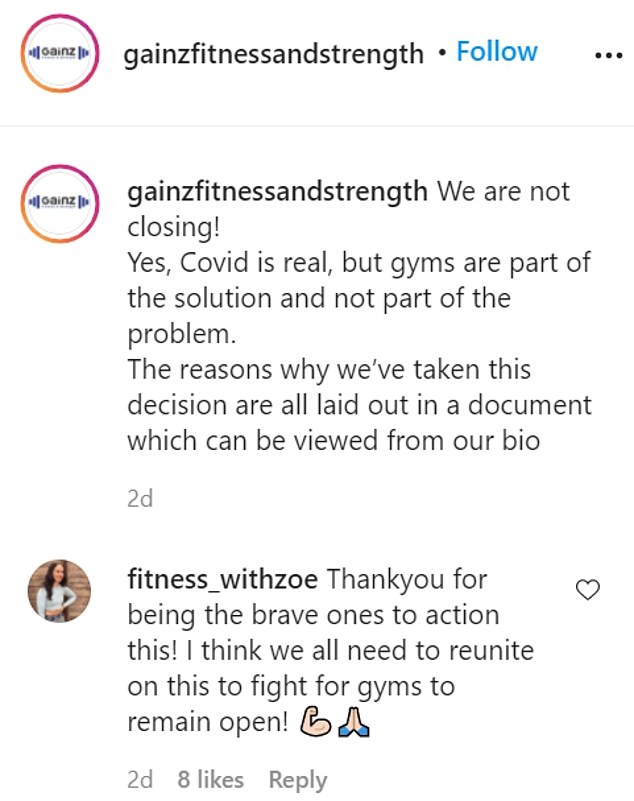 In a social media post, above, the gym owner announced that his business would not be closing. He said the response has been ‘overwhelmingly positive’

Responding to the suggestion he would be contributing to spreading coronavirus by staying open, Alex said: ‘If you want to take that stance you should look at schools and universities.

‘You’ve got to shut down everything if you’re doing a lockdown.’

The gym owner’s decision was met with a mixed reaction on Facebook.

One social media user, who claims to be a member at Gainz, said he was cancelling his membership as a result.

He explained: ‘As a member of the scientific community I cannot condone this and will have to resign my membership I’m afraid.

‘I had paid a whole year and had not asked for refund or extension during the last lockdown. Very happy to support a local business but not this attitude.’

Others praised Alex for pushing back at the lockdown measures, with another writing: ‘Good for him.

‘Businesses need to push back against these unnecessary draconian measures!’

It follows a gym owner in Liverpool, Nick Whitcombe, previously refusing to close Bodytech Fitness in Moreton during the city’s Tier 3 lockdown – saying ‘he won’t have one to come back to’ if he did.

But he was quickly slapped with a £1,000 fine, after a member of the public reported the gym was still open, before armed officers turned up at the gym to demand he close it. 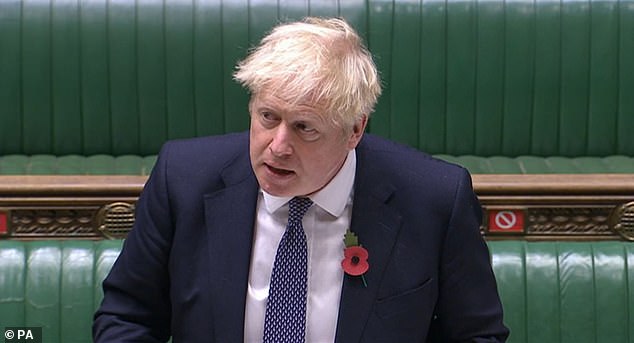 Boris Johnson has promised the lockdown will end on December 2, but other senior ministers have hinted it may be extended if it does not succeed in sufficiently reducing infection rates 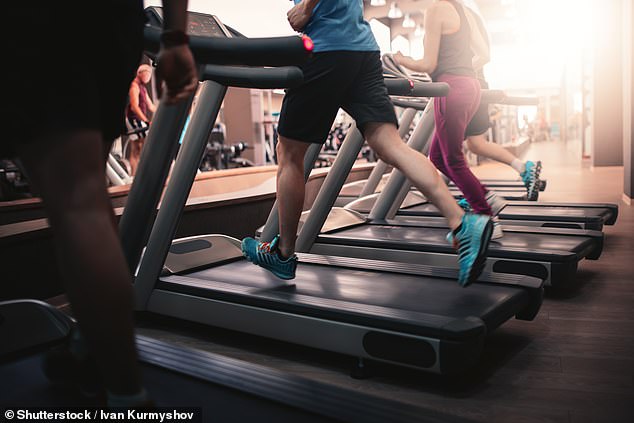 Data for the end of October shows gyms were the sixth most common place for Test and Trace contact tracing exercises to be prompted, falling below supermarkets and pubs (file photo)

The gym boss then launched a campaign in which he vowed to stay open to members despite the threat of fines and closure, gaining over £53,500 via a GoFundMe page, for which the money will go towards mental health charities if the fine is overturned.

To reduce the risk of transmitting the virus after the first lockdown, a number of measures were introduced to gyms such as hand sanitiser stations and contactless payment.

Guidance was also given to customers through signage in entrances, on booking forms and websites with fixing doors, left open where possible, fitted to increase ventilation.

Reducing the need to touch other objects, such as lockers, trunks and drawers, was also advised, with equipment to be made ‘readily accessible’.

The avoidance of paperwork was also recommended through online platforms and enabling a booking system, to manage demand, with sports and leisure facilities previously advised to work on a book-in-advance basis.

Prime Minister Boris Johnson has promised the lockdown will end on December 2, but other senior ministers have hinted it may be extended if it does not succeed in sufficiently reducing infection rates.

Cabinet minister Michael Gove said on Sunday there was ‘obviously a possibility’ the restrictions could last longer than the first lockdown.

MPs are set to vote tomorrow on the new lockdown measures which would come into place from Thursday.

The new rules will see most shops, pubs and restaurants closed throughout November in an attempt to stem the spread of coronavirus.

Schools and colleges will remain open. People will also be allowed to exercise and socialise in outdoor public spaces with their household or one other person.

Gyms, shops and restaurants: What are the rules for businesses during England’s second lockdown?