A 12-YEAR-old rape victim in Argentina has given birth to twins after being denied the right to a legal abortion.

The young girl, whose name has not been released, was forced to undergo surgery at the Children’s Hospital Dr Hector Quintana, located in the city of San Salvador in the Argentine province of Jujuy. 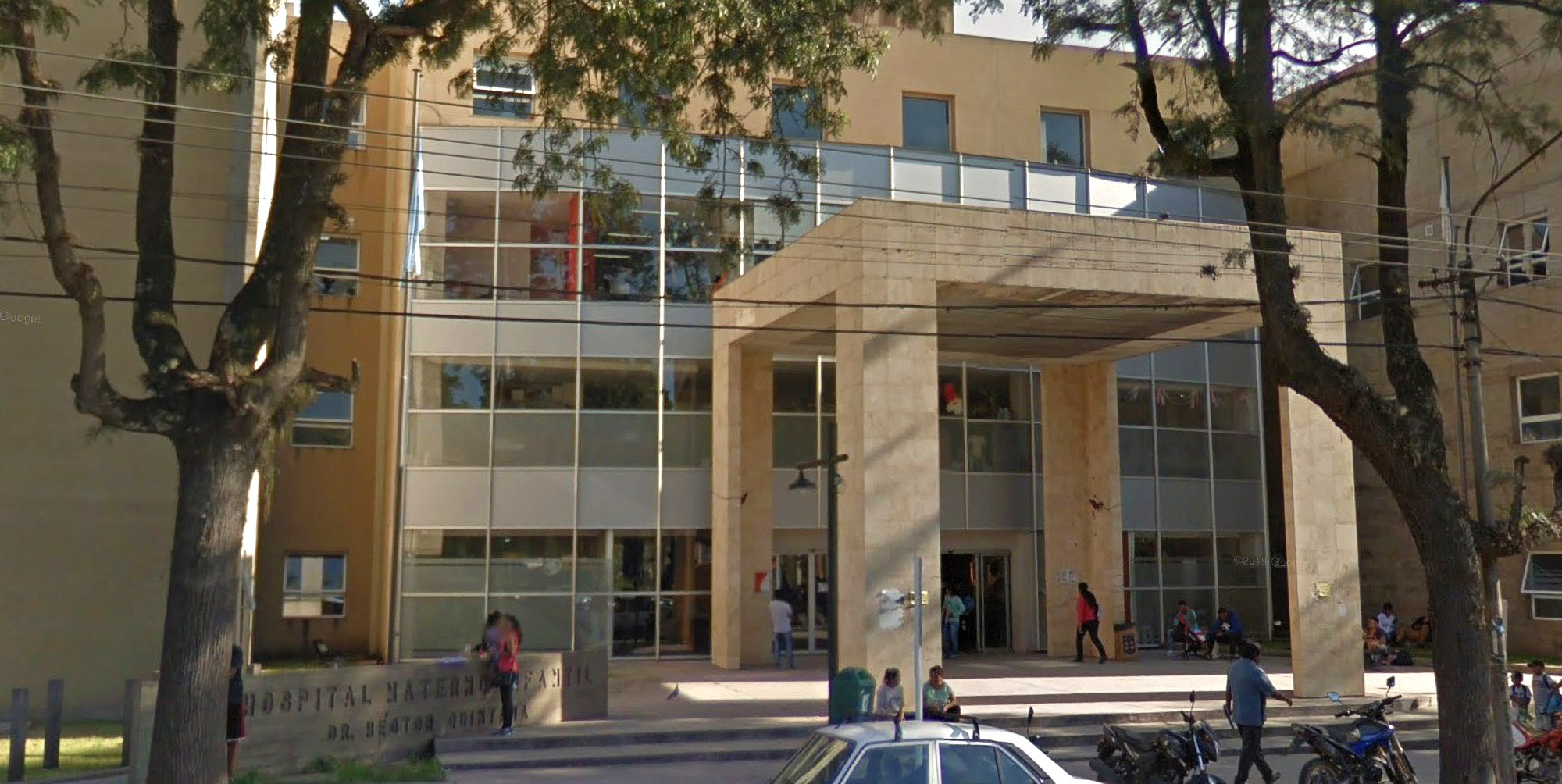 She was forced to wait until the twin foetuses reached a certain level of maturity before the operation was carried out on November 29.

The 12-year-old has since been placed under the care of the Children’s Ombudsman due to the “legal situation” of her parents, according to a statement by the Network of Health Professionals for the Right to Decide.

The statement condemned the traumatic caesarean operation on the 12-year-old, saying she had the right to a legal termination of pregnancy due to her age.

Although abortion is illegal in Argentina, a law allows it to be performed in cases of rape or when a woman’s life is in danger, know as ILE – the legal interruption of pregnancy.

The country has some of the strictest abortion laws and is devoutly Catholic.

The report slammed provincial authorities for allowing the operation, which will leave a permanent scar on the girl’s body and could result in severe psychological trauma.

It continued to criticise officials for “buying time” to ensure the only option was for the victim to go through the birth, despite a UNICEF backed protocol allowing teens under the age of 15 to have access to a legal termination given the health risks involved with underage pregnancy.

The National Direction of Sexual Health contacted provincial authorities and offered to provide help for the girl immediately but were met with a string of delays, according to the statement.

It is unclear what reasons officials gave for stalling the case.

There have been no further reports on the condition of the twins or the alleged rape case of the 12-year-old girl.

In this year alone, there have been 685 births from underage mothers in the Jujuy Province.

According to local newspaper TodoJujy, 20 of those girls were between the ages of 10 and 14 and were raped.

The Network of Health Professionals for the Right to Decide are a group of health workers who “want the health system to be part of the solution and not of the problem.”

The group offer support to women as they fight for abortion to be “legal, safe and free.”

Thousands of people held demonstrations across Argentina in November to oppose a new government-backed bill to legalise abortion.

Protestors carried signs sporting statements such as: “March for the Unborn” and “Save Both Lives”.

It is the ninth time a bill to legalise terminations has been put forward in parliament, following one in 2018 gainig support in the Chamber of Deputies but being rejected by the Senate.

The new bill was one of President Alberto Fernandez’s campaign promises, allowing access to abortions up to the 14th week of pregnancy, extended if a woman has been raped or is in danger of being raped.

The bill was strongly opposed by Pope Francis, who is from Argentina, as he compared abortion to "hiring a hitman to solve a problem."

He wrote to protestors encouraging them to continue fighting the new law, telling women "the country is proud of them."

The Pope has previously expressed his strong Catholic views on abortion, claiming it is part of todays "throwaway culture" and even comparing terminations to The Holocaust.

According to estimates from the health ministry, at least 350,000 illegal abortions are performed in Argentina every year. 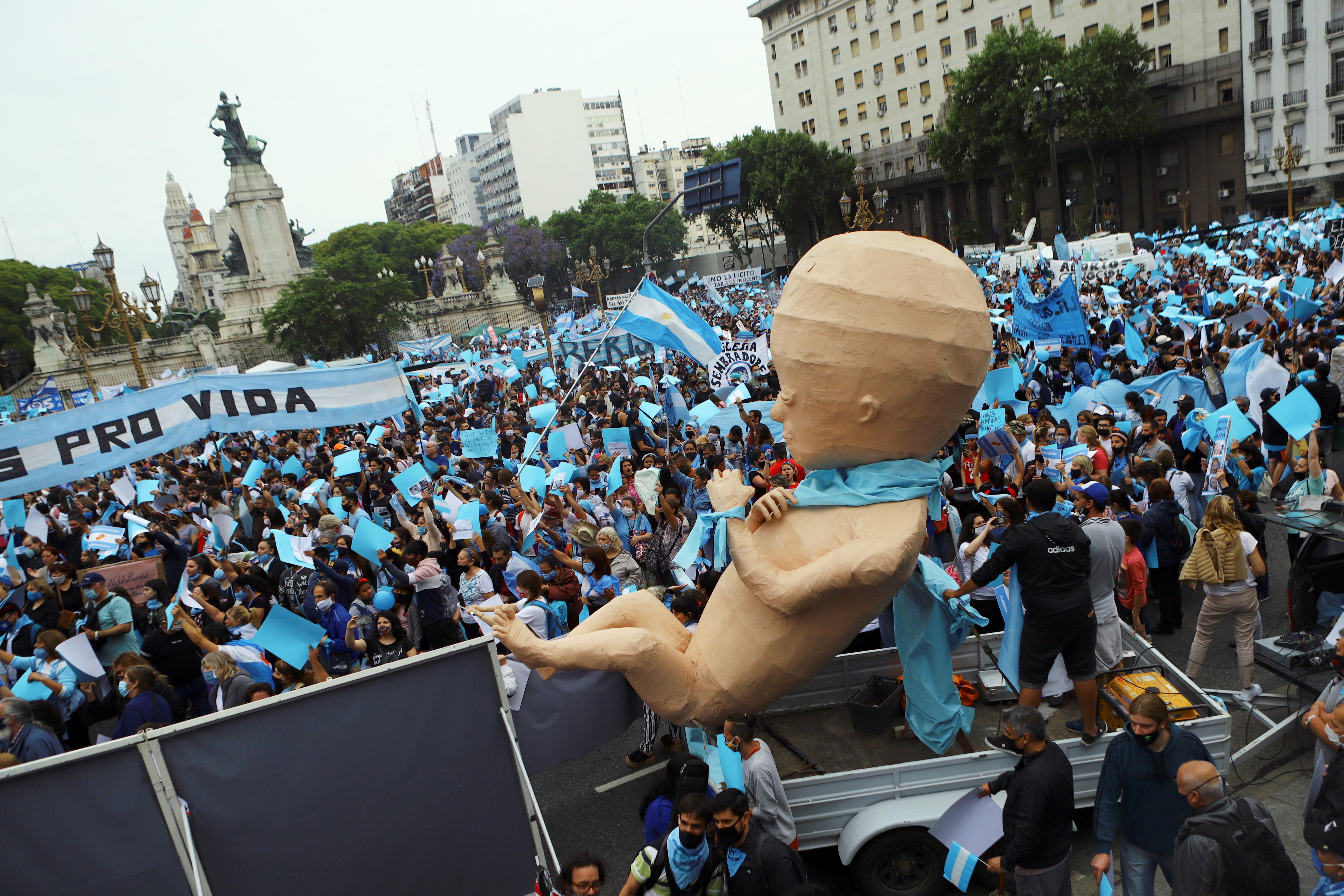 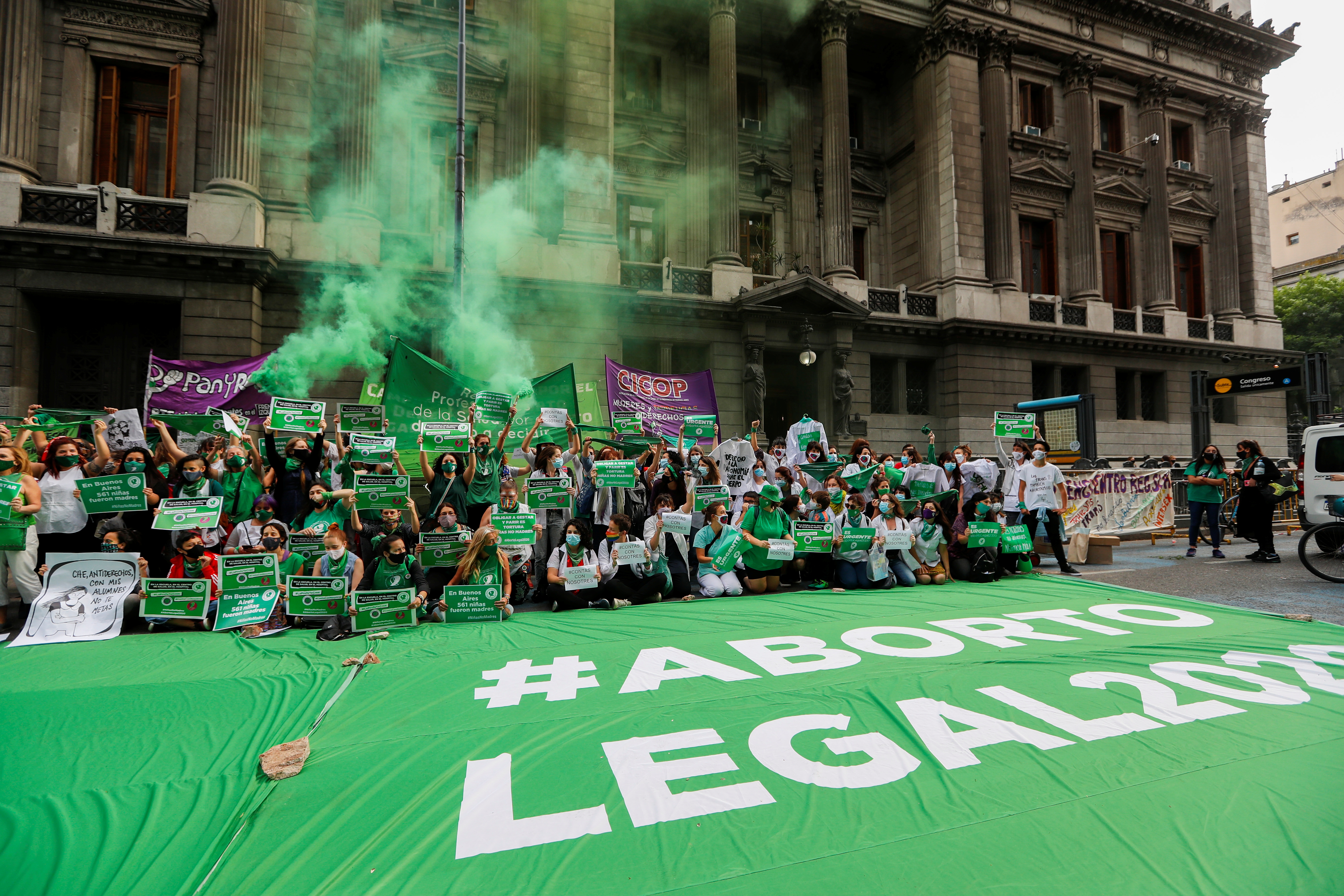 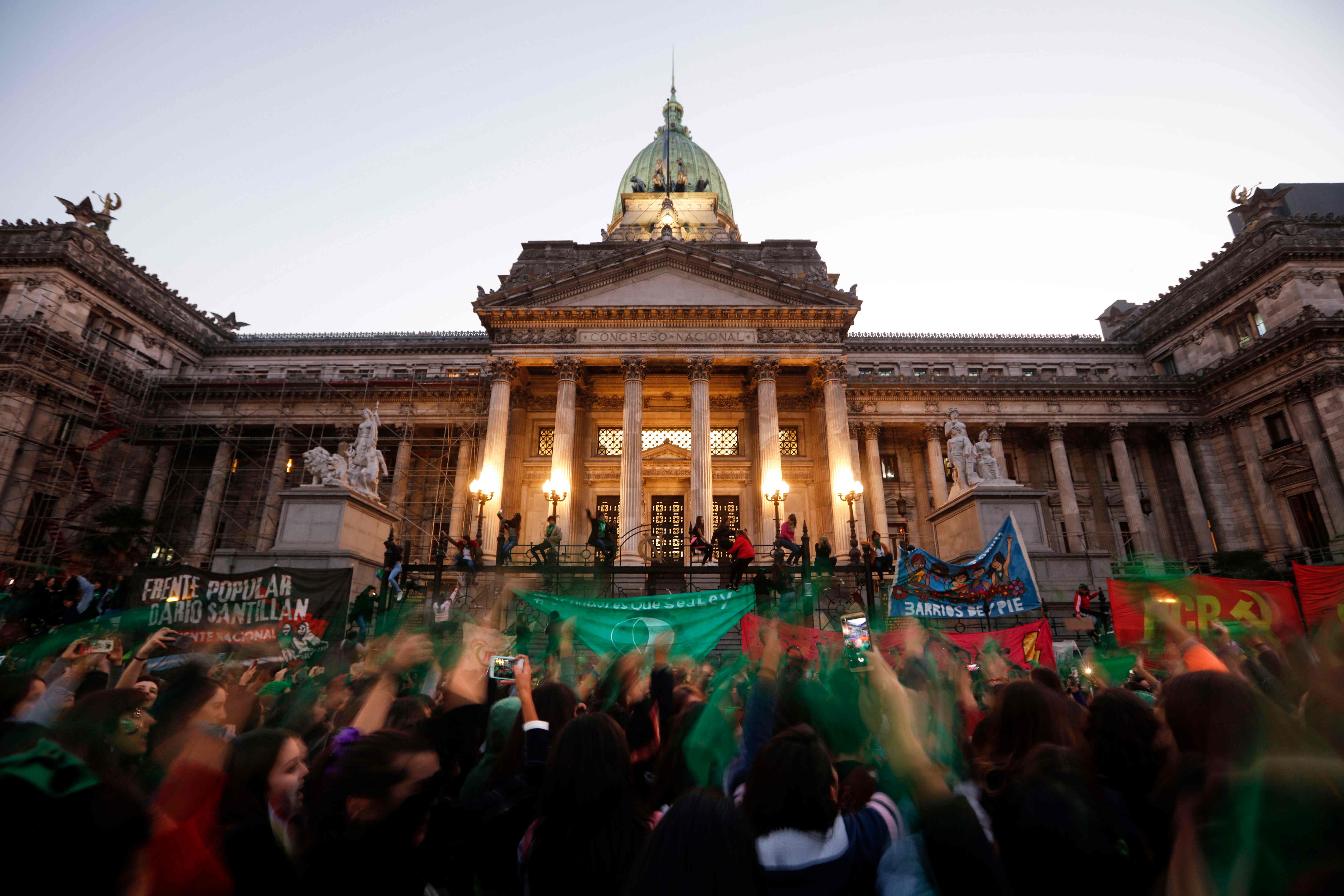