A giant man who stands 7ft 6ins tall and was bullied at school after growing to more than 6ft by the age of ten is now training to become the world’s tallest cricketer.

Mudassir Gujjar, 21, has already been picked up by his local cricket team the Lahore Qalandars and hopes to play on the world stage for Pakistan one day.

The youngest of four siblings – three brothers and one sister – Mudassir was born to average height parents, father Hashim Mohammad and mother Parveen.

Hashim is 5ft 6ins and Parveen is 5ft 3ins, and while they were happy with their son’s height as a child – he stood tallest in the class – they sensed trouble when he reached 6ft before he left primary school. 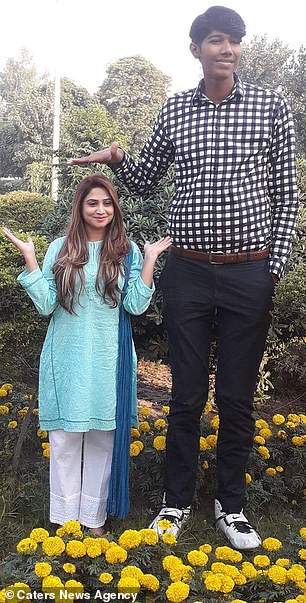 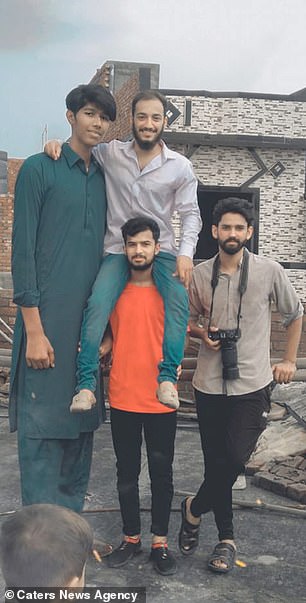 Mudassir Gujjar, 21, stands 7ft 6ins – well above his friends and family. By the age of 10, he was six foot, causing his parents to become concerned with his height 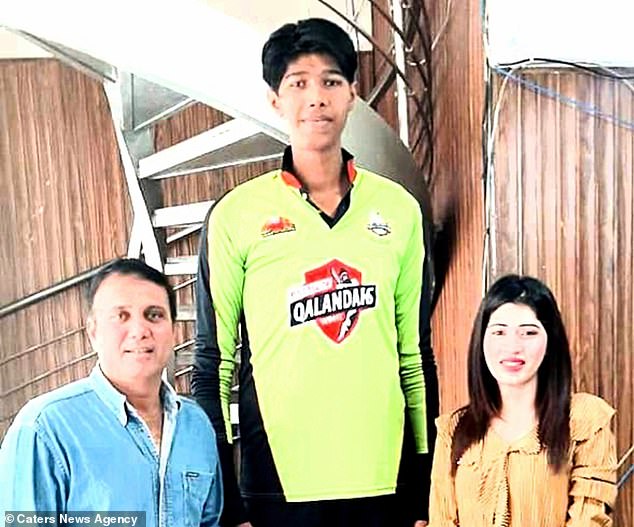 By the time he was in high school, Mudassir, from Lahore, Pakistan, was over seven-foot-tall.

‘I was the tallest child in the school and in the neighbourhood,’ he said. ‘I was already six-foot-tall when I was ten and by the time I was in high school, I was above seven-feet-tall.

‘My parents were worried as I kept growing. They were not able to understand why I was growing taller than my siblings and if it will later cause any troubles for me.

In 2017, Mudassir’s parents took him to several doctors in Lahore and Karachi. The doctors assured them that Mudassir has a hormonal condition that makes him taller than the average person.

‘The doctors said I have a hormonal condition but they couldn’t tell if I will grow more than 7 feet tall! The last time I checked my height was a year and half ago and I was 7’6 since then. I have not grown [taller] since.’

Because of his unusual height, Mudassir faced bullying by his peers and had trouble going to school. 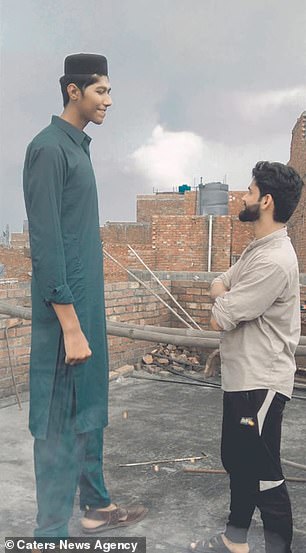 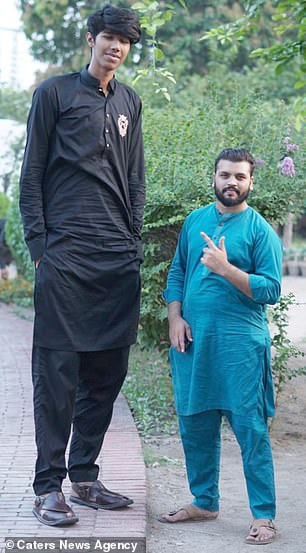 Doctors assured Mudassir’s parents that their son just has a hormonal condition that makes him taller than the average person. Pictured: Mudassir stands next to his friends

‘My childhood was normal but I was bullied by children in school. I was often name called,’ he recalled.

‘I also had troubles going to school as I couldn’t sit comfortably in the peddle rickshaw and bus. I was very tall and my legs hurt. It was difficult.’

Mudassir cannot wear clothes off-the-shelf and has to have buy specially customised shoes. His shoe size is 23.5 in the UK and his trouser length is 54 centimetres. 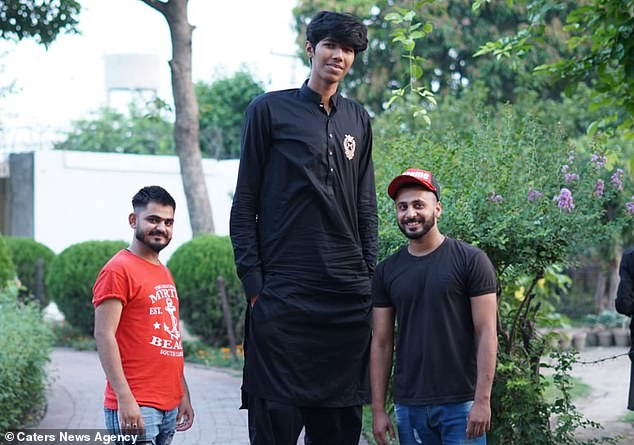 While he said he was bullied at school, Mudassir says he is now delighted as his height has already brought him national attention. ‘People now meet me with a smile, they are in awe of me. It makes me feel good. I feel special,’ he said

‘I do not get the right size of shoes! I have to get them customised and for the clothes, I have to buy fabric and then get them stitched,’ he said.

His exceptional height also means he cannot drive either, although he manages to ride a motorcycle.

‘I face troubles sitting in a car because there is not enough room to keep my legs. Driving is out of question.’ 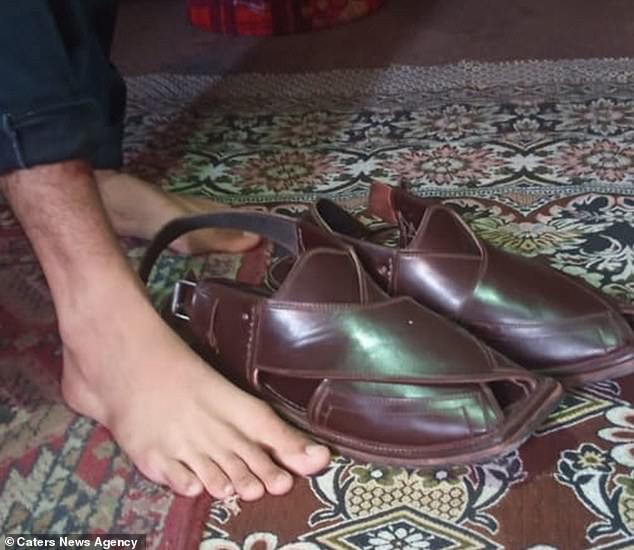 Mudassir cannot wear ready-made clothes and has to have buy specially customised shoes (pictured). His shoe size is 23.5 in the UK and his trouser length is 54 centimetres

Despite the limitations, Mudassir is delighted as his height has already brought him national attention.

‘People now meet me with a smile, they are in awe of me. It makes me feel good. I feel special.

‘I may have trouble doing things like a normal person but my height is God’s gift and I am thankful to him. I am popular and I enjoy the attention.’ 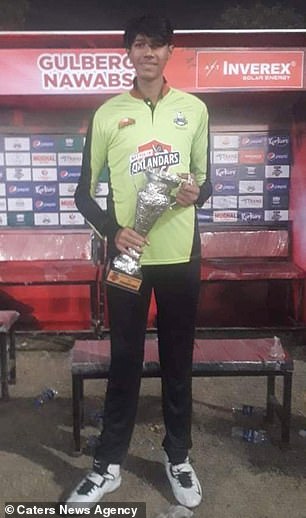 Mudassir is now training to play in the Pakistan Super League and has been picked up by the Lahore Qalandars cricket team. He hopes one day he’ll become the world’s tallest bowler

After finishing his schooling, Mudassir decided to try his luck in cricket, the most popular sport in the subcontinent.

‘My height is a blessing as I can run faster and be the fastest bowler,’ he said.

He is now training for the Pakistan Super League and was roped in by the Lahore Qalandars team, and hopes to make it to the national team one day and be the world’s tallest cricketer.

‘I started training seven months ago to become a bowler but because of the Covid-19 pandemic, there is a pause. I hope one day I will be the tallest bowler in the world.’