George Michael left all of his £97.6million fortune to his family and friends and none to his former lovers Fadi Fawaz and Kenny Goss, his will has revealed.

The bulk of his estate will go to his sisters Melanie and Yioda, with smaller chunks going to his father Kyriacos and his close friends and former staff.

The Wham! singer died at home in Goring-on-Thames, Oxfordshire on Christmas Day 2016, aged 53.

Court paperwork from May 30 means shows that his estate can be divided two years on from his death.

George Michael (pictured in London leaving Madonna’s house in 2012) left all of his £97.6million fortune to his family and friends and none to his former lovers Fadi Fawaz and Kenny Goss, his will has revealed 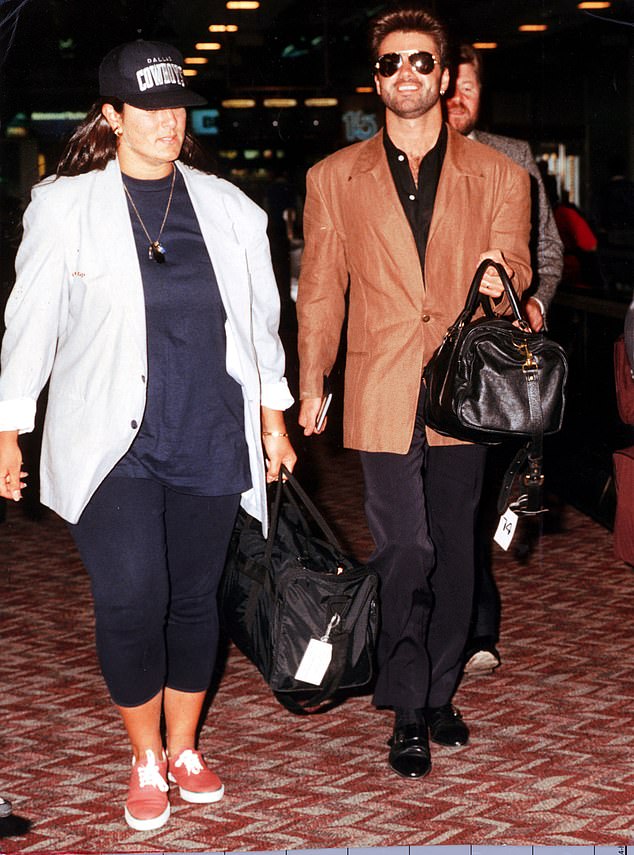 The bulk of his estate will go to his sisters Melanie (pictured together at Heathrow airport togeher) and Yioda, with smaller chunks going to his father Kyriacos and his close friends and former staff

The Wham! singer died at home in Goring-on-Thames, Oxfordshire on Christmas Day 2016, aged 53. He was found by Fawaz (right), he left nothing to Fawaz and Goss (left) in his will

His sister Yioda will decide which friends receive what parts of the will, it states.

A source told the Sun: ‘George was devoted to his dad and sisters, they were always going to be looked after’.

‘It’s a lovely gesture to name his closest friends.

‘But in the end he’s left it all up to Yioda. He knew she’d always do the right thing.’

Former bandmate Andrew Ridgeley was not gifted anything in the will, but his ex-girlfriend and former Wham! backing singer Shirlie Kemp received a share of the fortune.

His long-term partner Kenny Goss, and on-off Australian boyfriend Fadi Fawaz are not mentioned in the will. 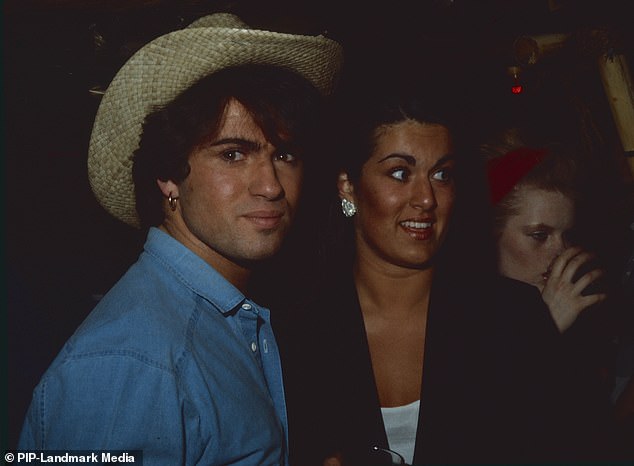 George with sister Melanie Panayiotou at a party in the early 1980s. His sister Yioda will decide which friends receive what parts of the will, it states. 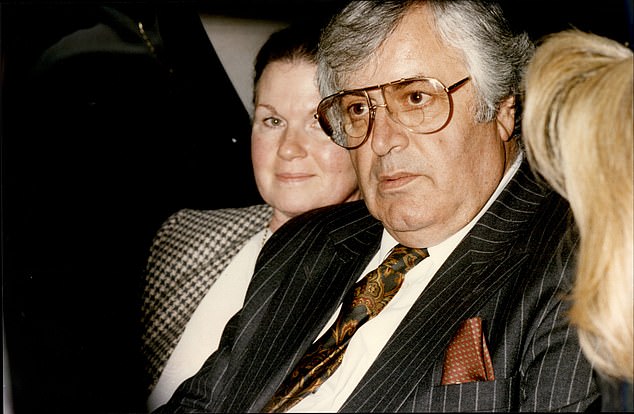 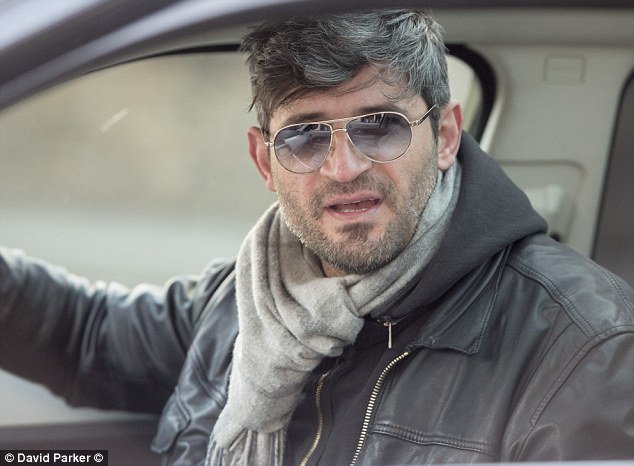 Fadi Fawaz (pictured) has been spotted going to and from the Regebt’s oark property, which is near to George Michael’s other home in Highgate, north London 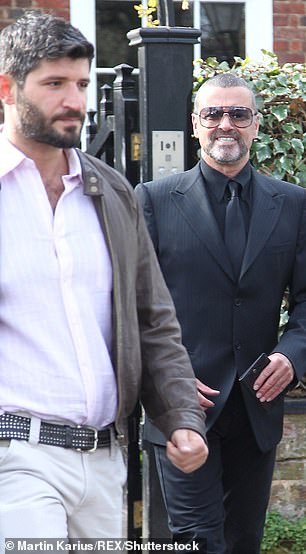 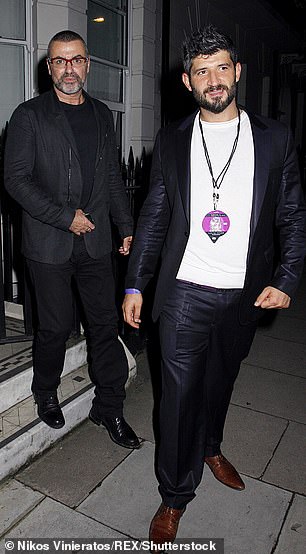 Mr Fawaz (pictured with George in 2012, left and right ) has been spotted going to and from the property, which is near to George’s other home in Highgate, north London

Fawaz dated George from 2012 until his death, and was the one to discover his body.

The hair-stylist is reported to be ‘squatting’ in the star’s £5million home after ignoring legal letters telling him to leave.

The 45-year-old has been living in the mews house in Regent’s Park, London, since George’s untimely passing. 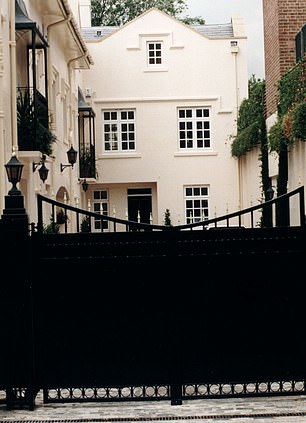 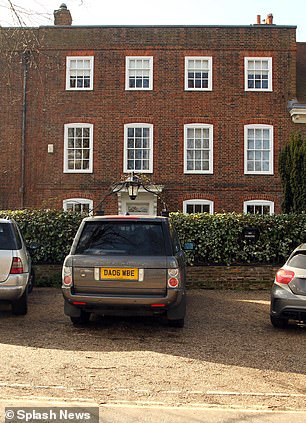 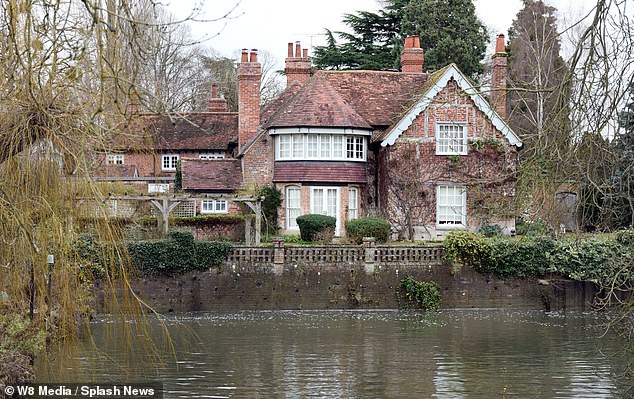 George was found dead at his home in Goring, Oxfordshire (pictured) on Christmas day 2016

Who gets a share of George Micheal’s £98m fortune in his will?

The rest is shared between: –

Last year,  Fawaz wrote about the times they spent together after they began their romance in 2011.

He said: ‘He has tried to kill himself 4 times, whilst in rehab he tried to stab himself 25 times.

‘He never told me how he did it when he was taken for three days to Marylebone.

‘I would say ‘aren’t you glad May 16th didn’t happen’, referring to one suicide attempt, and he would say ‘no’.

‘He wanted to die so badly and it was powerful to hear him say it. I think life stopped for him a long time ago.

‘Everyone wanted him because of what and who he is. ”Everyone wants me alive’ is what he would say.’

Describing how he found George, he said: ‘I could see his that his right hand was up to his face with his fist clenched with his fingers curled against his cheek.

‘His face looked normal. I saw that his legs were together but looked tense under the covers. I couldn’t see any vomit. I touched him but he was cold.

Kenny and George were together from 1996 until 2009, and broke up in part due to substance abuse and alcoholism – something they both suffered from.

He said: ‘We just had a really good, sweet relationship. We weren’t even mad at each other or anything like that. He was truly the love of my life. And I think I was the love of his life.’

In the wake of the singer’s sudden death on Christmas Day, Kenny issued a moving statement, mourning his former lover.

‘I’m heartbroken with the news that my dear friend and longtime love George Michael has passed,’ he wrote. He was a major part of my life and I loved him very, very much. He was an extremely kind and generous man. 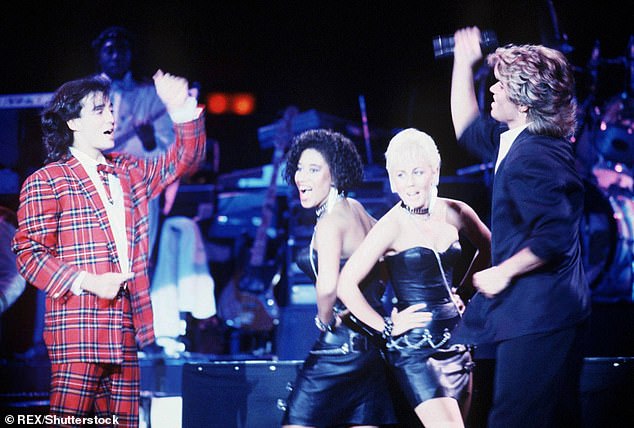 Former bandmate Andrew Ridgeley (left) was not gifted anything in the will, but his ex-girlfriend and former Wham! backing singer Shirlie Kemp (second right) received a share of the fortune

‘The beautiful memories and music he brought to the world will always be an important part of my life and those who also loved and admired him.’

A substantial chunk of goods, including a piano once owned by John Lennon, were donated to The Mill Charitable Trust in the legendary singer’s will.

In his lifetime the London -born performer was known for his philanthropy and that will continue after his death with the funds raised in the March auction, and the sizeable charitable donation in his will.