A gay worker at an energy firm has won a £35,000 payout after staff repeatedly used homophobic slurs and his boss told him he was fed up with Gay Pride ‘being rubbed in his face’.

Dan Robson, 28, faced daily harassment about his sexuality during the six months he worked as a consultant at Northern Gas and Power (NGP), the employment tribunal hearing in Leeds was told.

The tribunal heard that when Mr Robson first joined the company he was greeted by a colleague shouting: ‘Great, there is a f***ing b***er in the office’.

Another jibe included a staff member making him choose between novelty sweets shaped like a penis or a women’s breasts.

One senior colleague, who said that gay sex was ‘unnatural’, later described Mr Robson resigning as a ‘good cleanse’, which prompted him to report it to police as a hate crime.

And the panel found the company’s failings so serious that it ordered NGP to pay an additional fine of more than £18,000 to the government. 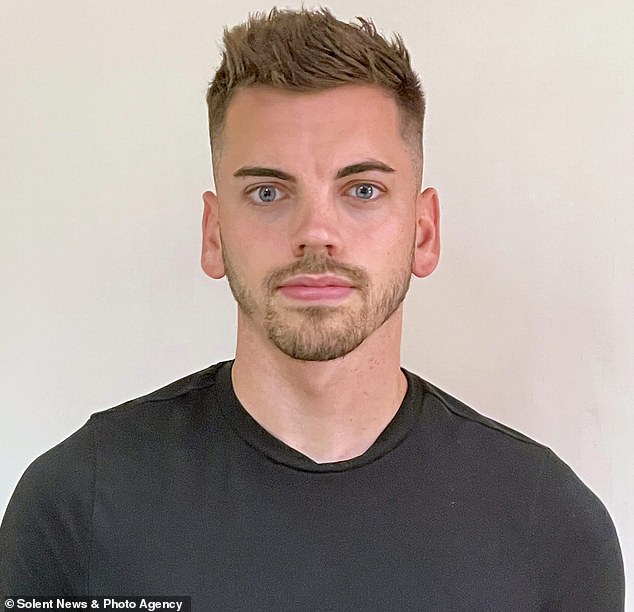 Dan Robson (pictured above), 28, faced daily harassment about his sexuality during the six months he worked as a consultant at Northern Gas and Power (NGP), the employment tribunal hearing in Leeds was told

The hearing was told that university graduate Mr Robson – who was the only gay member of staff – started work at the firm’s office in Leeds in January 2019.

The day before his start date, he had completed the company’s Equal Opportunities form in which he identified himself as a gay man – but the firm failed to keep the document confidential.

As a result, on his first day Karl Manterfield shouted out as he walked in: ‘Great, there’s a f***ing b***er in the office’ at which other staff laughed, the tribunal heard.

Describing himself as ‘stunned and deeply upset’, Mr Robson told the hearing: ‘It was clearly considered funny for someone to make such a remark.’

Despite choosing to initially try and ignore the incident because he was new to the job, Mr Robson found himself facing repeated harassment.

The tribunal found that the ‘culture in the Leeds office was accurately described as “toxic” involving daily use of racist, homophobic and anti-Semitic language which some managers and senior employees actively engaged in treating it as acceptable banter between friends and colleagues’.

It said remarks such as the one made by Mr Manterfield were considered to be ‘jovial banter’, adding: ‘Daily homophobic slurs were used in the office as part of normal conversation.’

The tribunal heard that the following month, ‘deal closer’ Chris Price said in front of Mr Robson and other members of his team that two men having sex was ‘unnatural and not right’.

Then in March his boss Graeme Peat mentioned the annual Gay Pride event.

‘Mr Peat was looking through social media on his phone and saw that Gay Pride was a topic of discussion,’ the tribunal heard.

‘He said he was sick of seeing stuff about it when it was “at least 3 months away”, directing his comment to (Mr Robson).

‘(He) felt Mr Peat was trying to provoke a debate and was pushing (him) to respond, seeing his role was to defend Gay Pride. (He) tried to explain why it was a celebration.

‘Mr Peat said he was going to start Straight Pride in retaliation for gay people rubbing Gay Pride in his face.

‘(Mr Robson) described how the comments made him feel very angry. He felt he was being forced into a conversation he did not want to have with his manager.

‘Afterwards he dwelled on that conversation and found it difficult to forget. It was a humiliating, unnecessary and degrading experience leaving the claimant dreading what his manager might say next.’

At the hearing Mr Peat denied this account of the conversation. However, the tribunal sided with Mr Robson.

Then in June, colleague Kieran Dixon – who the tribunal heard had once called out in the office ‘oi, ya f***ing f****t’ to Mr Robson – handed out some novelty sweets.

‘(Mr Robson) recalls that when Mr Dixon came to give the claimant a sweet, he said: “Ha ha. I don’t know which to give you”.

‘(Mr Robson) felt he was being put under the spotlight because of his sexual orientation. He was worried he would show his embarrassment. To divert attention away from him/his sexuality he picked a breast-shaped lolly.

‘He felt bad afterwards and thought he should have handled the situation differently.’

The tribunal heard that when he complained to NGP director Scott High he was ignored. He resigned four days later from the £25,000-a-year job after getting an offer to join an energy start-up.

The hearing was told that after he resigned, Mr Price sent a message to colleagues saying: ‘That’s both gays, all blacks, and ethnics gone. Good cleanse if you ask me’.

Mr Robson, from Leeds, said he considered this remark to be ‘the most hurtful and offensive comment’ he received.

‘The effect was degrading because it made him “feel ashamed of myself as if I’m dirty because of my sexuality and as such should be removed as I don’t conform to the heterosexual white predominance of the office”‘, the tribunal heard.

Upholding Mr Robson’s claims, Judge Rita Rogerson said: ‘There was a course of continuing very serious conduct, repeated and frequent homophobic abuse committed by a number of perpetrators including senior employees and managers over the course of 6 months.’

Including an additional claim that NGP had not helped support his dyslexia, Mr Robson was awarded a total of £36,707.

The firm was also ordered to pay a government fine of £18,353 for the ‘aggravating features’ of the discrimination he was subjected to.