Alexandria: The star witness in the trial of former Trump campaign chairman Paul Manafort faced a grilling in court about a "secret life" that included an extramarital affair and stealing funds from his former boss.

In blistering questioning, a defence lawyer accused Rick Gates, the protege of Manafort, of being immersed in "so many lies" he can't remember them all. 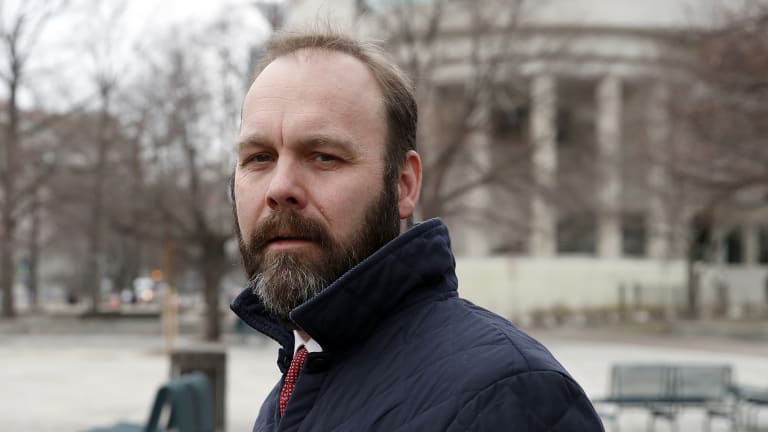 Gates, who served as a right-hand man to Manafort in his political consulting business for a decade, acknowledged maintaining a flat in London for the affair, inflating expense reports and a long list of other misdeeds.

"In essence, I was living beyond my means," the married father-of-four said from the witness stand in Alexandria, Virginia. "I'm taking responsibility for it. I made a mistake."

Gates, who is co-operating with US Special Counsel Robert Mueller's investigation into Russian meddling in the 2016 US election, testified on Monday that he helped Manafort doctor financial statements, hide foreign income and evade hundreds of thousands of dollars in US income taxes.

Manafort personally directed the creation of false financial statements to obtain bank loans and deliberately hid income in foreign bank accounts to evade federal taxes, Gates testified. When one estimate of his tax bill came out too high, Manafort fired off a furious email to Gates. 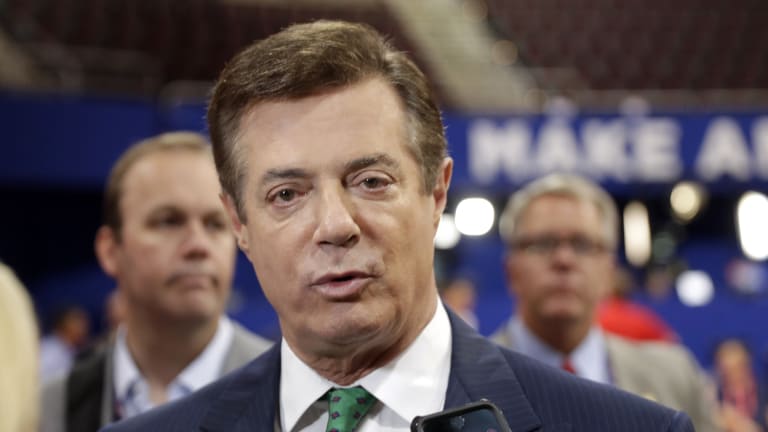 “This is a disaster”: Paul Manafort.

"How could I be blindsided like this. You told me you were on top of this. We need to discuss options. This is a disaster," he wrote in one of dozens of documents that prosecutors have submitted as evidence.

Under questioning by defence attorney Kevin Downing on Tuesday, Gates also admitted he wrote a fraudulent letter to prospective investors in a movie project and that "it's possible" he submitted to Trump's inaugural committee personal expenses, which may have been improper.

Downing sought to portray Gates as an inveterate liar, raising questions about whether he has been truthful with Mueller's office even after cutting a plea deal in February. Under the deal, he admitted to helping Manafort evade taxes, violate US lobbying laws, and conceal foreign bank accounts. In addition, he pleaded guilty to making false statements to investigators.

"After all the lies you told you expect this jury to believe you?" Downing asked Gates, who responded that he did.

Undercutting Gates' credibility is the foundation of Manafort's defence. Manafort, 69, has pleaded not guilty to 18 counts of bank fraud, tax fraud and failing to disclose foreign bank accounts containing tens of millions of dollars earned from work for Russian-backed politicians in Ukraine.

The charges largely predate the five months Manafort spent on Trump's campaign. If convicted on all counts, Manafort could face eight to 10 years in prison based on federal sentencing guidelines, according to sentencing expert Justin Paperny.

Gates admitted to stealing from Manafort, but he said he did not know how much money he took. Looking at a ledger listing nearly $US3 million ($4.04 million) in transactions, he was unable to say which ones were legitimate and which ones he initiated with false expense reports.

Downing also pressed Gates about creating "fake and phony" invoices to trigger payments to himself from Manafort's accounts in Saint Vincent and the Grenadines.

"Are they payments for your secret life?" Downing asked.

Prosecutors hope to wrap up their case this week. Manafort's trial is the first on charges brought by Mueller's office, who is also investigating whether Trump campaign members co-ordinated with Russian officials. Gates also worked on the campaign.

During questioning by prosecutors on Tuesday morning, Gates said that Manafort had emailed him in late 2016 asking for the incoming Trump administration to consider tapping Federal Savings Bank Chief Executive Steve Calk for Secretary of the Army.

Employees from Federal Savings Bank are expected to testify later this week. Prosecutors allege that the bank lent Manafort money based on fraudulent documents, and that Calk was named an adviser to the campaign and sought the army post as part of a quid pro quo.

Calk and Federal did not reply to requests for comment.

Gate's testimony was part of the prosecution's effort to prove that Manafort was responsible for financial maneuverings that he and other witnesses have testified include filing false tax returns, defrauding banks in borrowing against real estate, and failing to report foreign bank accounts.

One part of his testimony led to laughter in the courtroom.

"Not happy. I just saw this. WTF," Manafort wrote to Gates in an email using a common shorthand to show exasperation after learning his projected tax payment for 2014.

Gates said that he helped fabricate documents to convert some income to a loan to lower Manafort's tax bill.

Gates also acknowledged creating a fraudulent letter for movie producer and political operative Steven Brown, who pleaded guilty in April to participating in a scheme that defrauded investors of over $US9.5 million involving false documents. Walter Mack, Brown's lawyer, declined comment. Gates also testified on Tuesday how he and Manafort hid income earned for political work in Ukraine, explaining their efforts to set up companies in Cyprus so they could easily be paid by Ukranian businessman who held bank accounts there.

Prosecutors showed contracts laying out that Manafort would be paid $4 million a year in quarterly installments of $1 million, all channeled through Cyprus. The funds were logged as loans in order to meet later audits in Cyprus that required documentation of transfers between bank accounts. Gates testified they were not loans but compensation to Manafort.