Australia has extended its array of World Heritage properties with the international heritage committee this week approving the listing of another two sites and the enhancement of existing titles. 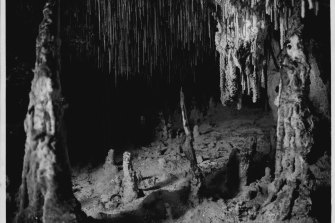 Fossil-rich sites at Naracoorte in South Australia and Riversleigh in Queensland have joined Australia’s 10 existing heritage properties. The Northern Territory’s Uluru-Kata Tjuta National Park has become only the second site in the world to be listed for its cultural as well as natural attributes.

The heritage committee, meeting in Thailand, also approved the extension of the 1986 Central Eastern rainforest listing to include rainforest parks and reserves in south-east Queensland.

The federal Environment Minister, Senator Faulkner, said Australians should rejoice at the new listings, which recognised the extraordinary international significance of the sites.

“It is going to mean a great deal in terms of the way these areas . . . can be protected into the future.” he said.

Senator Faulkner said the extension of Uluru’s listing to incorporate its cultural landscape was an important step for Aborigines and their association with the land. “The traditional owners of Uluru are absolutely delighted with the decision.” 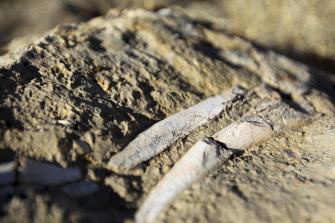 Fossilised bones in rock in the Riversleigh region.Credit:Tony Walters

Naracoorte and Riversleigh will be listed together as the Australian fossil mammal sites. They provide a history of the evolution of the country’s marsupials over 20 million years.

The Riversleigh extensive fossil deposits are encased in limestone in a semi-arid area. By contrast, the Naracoorte fossils lie in cool caves and include bones and skulls from tiny frogs to buffalo-sized marsupials.

Earlier this week, five leading industry groups called for a moratorium on World Heritage listings in Australia because of concerns and confusion about the management of the sites.

The groups want the Government to give parties more notice of an impending listing application, seek community views, set up an independent panel to scrutinise nominations and compensate those who suffer financially from a listing.

Coinciding with the industry call, a parliamentary committee will today call for submissions for an inquiry into World Heritage site management.

The chairman of the House of Representatives standing committee on the environment, recreation and the arts, Mr John Langmore, said the committee was aware of concerns after inspecting Queensland’s Fraser Island and the Willandra Lakes in central New South Wales.