‘Devastated’ friends of schoolgirl, 11, who died ‘after inhaling rat poison fumes’ in the flats where she lived leave an empty chair in the classroom as they grieve her, teacher says

Friends of the 11-year-old girl who died ‘after inhaling rat poison fumes’ in the flats where she lived have been left ‘devastated’ by her death and have left an empty chair in the classroom as they grieve, the schoolgirl’s teacher has said.

Fatiha Sabrin was found unresponsive at her flat in Nida House on Sutton Street, Shadwell, east London, at around 4pm on Saturday.

The schoolgirl and her family were rushed to an east London hospital but the 11-year-old sadly died a short time later, according to reports.

A sweep of the building was carried out by the London Fire Brigade and a quantity of chemicals – believed to be used for pest control – were discovered at the scene.

The child’s death is now being treated as ‘unexplained’ and the Metropolitan Police have said a special post-mortem examination will be scheduled in due course.

Fatiha’s mother and brother are now recovering in hospital along with one other individual.

Today, Rena Begum, headteacher at Buttercup Primary in Shadwell, east London, where Fatiha was a pupil, said her classmates were ‘struggling to cope’ with Fatiha’s death and were ‘devastated by her empty seat’ left in the classroom. 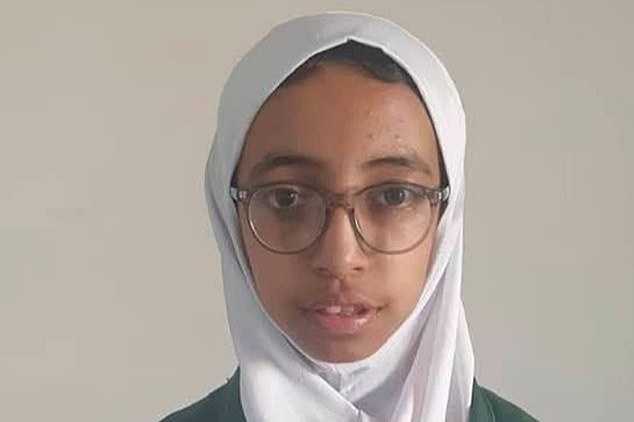 Fatiha Sabrin, 11, was found unresponsive at her flat in Nida House on Sutton Street, Shadwell, east London, on Saturday

She told The Guardian: ‘The children are struggling to cope. It is a real shock to them at their young age that suddenly someone is not there.’

Describing the schoolgirl as ‘role model’ who had ‘strong dreams of wanting to help the community and becoming a medical professional’, Ms Begum went on to say the primary school was now offering bereavement counselling for students.

The headteacher added: ‘Her friends are devastated by her empty seat in class.

‘There was a lot of confusion and tears, it was important for them to just let it out. We are giving them bereavement counselling.’

Last night family friends said Fatiha’s father, who had been stuck in an airport in Bangladesh since the tragedy, was flying back to the UK.

Following Fatiha’s death Sabbir Ahmad, a family friend, said: ‘She was a very bright girl. She was in my home eight or nine days ago and were discussing her future plans.

‘She was very responsive and told me she wanted to be a doctor, and wanted to make something very good of her life.

‘She was also a great writer, she received awards for her writing skills.’

On Saturday, other residents of the building also reported feeling unwell and a full evacuation took place.

After the evacuation, the London Fire Brigade swept the building and discovered a ‘quantity of chemicals’ believed to be used for pest control.

Sabbir said his wife, who arrived at the flat and found the family in trouble, alerted the authorities and called an ambulance. 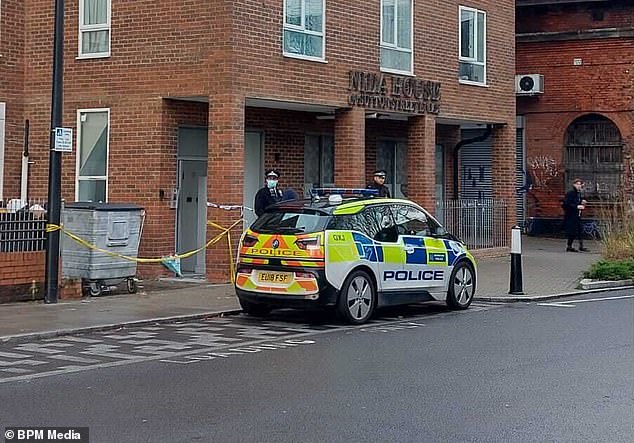 On Saturday a sweep of the building was carried out by the London Fire Brigade and a quantity of chemicals – believed to be used for pest control – were discovered. Pictured: Police officers at the scene 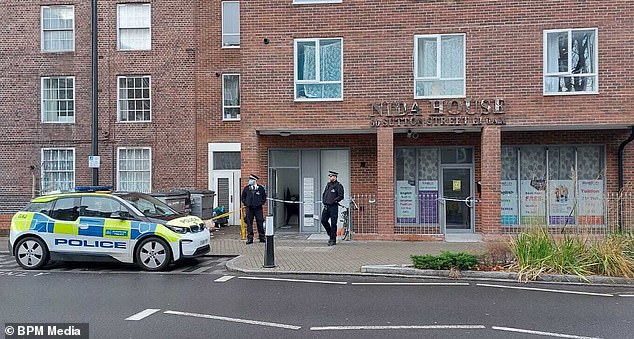 On Sunday local sources claimed the tragedy could have been caused by a powerful rat poison, according to The Sun.

Meanwhile Toni Santos Babi, 19, a resident in the block, said: ‘I and my flatmates smelled a strange smell in our flat, and I had a headache, and they had a cough and throat ache for the last two days.’

A number of other people reported feeling unwell in the same building and received treatment at the scene.

Police moved him and his neighbours to a nearby hotel and were told they would stay there for two days.

He explained: ‘Around 5pm firefighters came into my flat to measure levels of some chemicals and they found a higher number in the toilet.

‘In the meantime, more police were coming and they closed the whole road. Then another team of medical came to re-measure the chemical level, and around 7.30pm they told us to evacuate ASAP.’

This weekend Labour’s Apsana Begum, 31, who is MP for the area and was born in Shadwell, said: ‘I am aware of the incident at Nida House E1 this evening. Emergency services are working together to continue their response.

‘Constituents are encouraged to support them by avoiding the areas where the road closures remain in and around Sutton Street.

‘Tragically this has resulted in one fatality of a young girl, from chemicals found within the building.

‘My thoughts and prayers are with her and her loved ones.

‘I am following up to support constituents including everyone who was evacuated and in care of Tower Hamlets council.’

And Liberal Democrat councillor Rabina Khan, who spent Saturday and Sunday morning with Sutton Street residents, said it was ‘heartbreaking an 11-year-old girl has died’.

A spokesman for the Met Police told MailOnline: ‘Other residents in the block were evacuated as a precaution and are being looked after by the local authority.

‘A sweep of the building was carried out by the London Fire Brigade and a quantity of chemicals – believed to be used for pest control – were discovered.

‘They will be safely removed and an investigation will be carried out to determine how they came to be in the building.’

A special post-mortem will now take place and Fatiha’s death is being treated as unexplained.