French police have made their first arrest after a wave of mysterious attacks on horses which has left dozens of animals savagely mutilated or killed.

A 50-year-old man who is known for attacking animals across the border in Germany was arrested after police circulated a computer-generated image based on the testimony of an horse owner who chased after him.

The man is one of two people suspected of attacking horses in the Yonne department of central France, regional prosecutor Arnaud Laraize said.

More than 20 horses have had their ears cut off in France and several have died in a series of grisly attacks which have so far defied explanation.

While it is clear that multiple attackers are operating around the country, it is not known whether they are carrying out cult-like rituals, copycat attacks or morbid ‘challenges’ on social media. 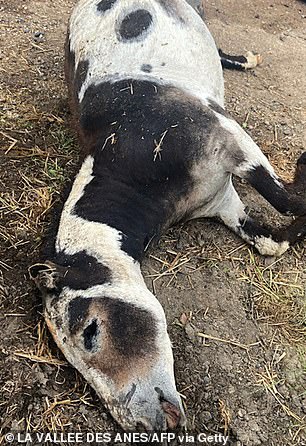 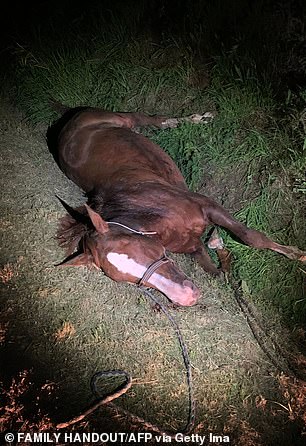 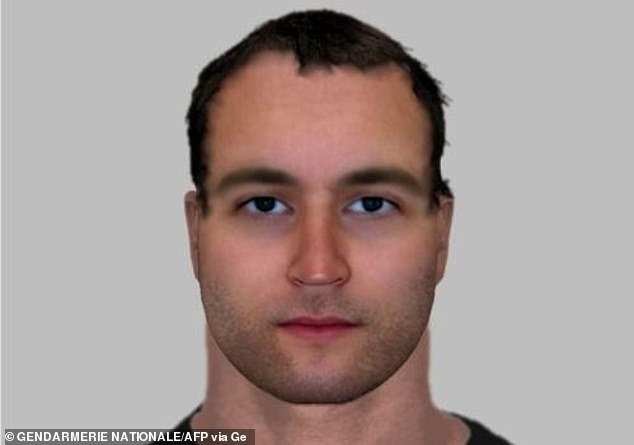 French police released this e-fit of a man suspected of slashing ponies in Burgundy in late August, and a 50-year-old man has now been arrested

The suspect was being questioned regarding a late August attack in Burgundy, after the head of an animal refuge chased after two men slashing his ponies.

Stable manager Nicolas Demajean’s arm was slashed as he wrangled with one of the attackers and police produced a drawing based on his description.

Prosecutors said the suspect was known in neighbouring Germany for attacks on animals, and was registered in France for drug-related crimes.

Searches of his home did not find conclusive evidence but there was considerable digital material still to examine, prosecutors said.

Laraize said it was not clear if there was any link to the other attacks.

‘In this case, we absolutely do not exclude the idea that there is no link with other incidents nationwide,’ the prosecutor said. 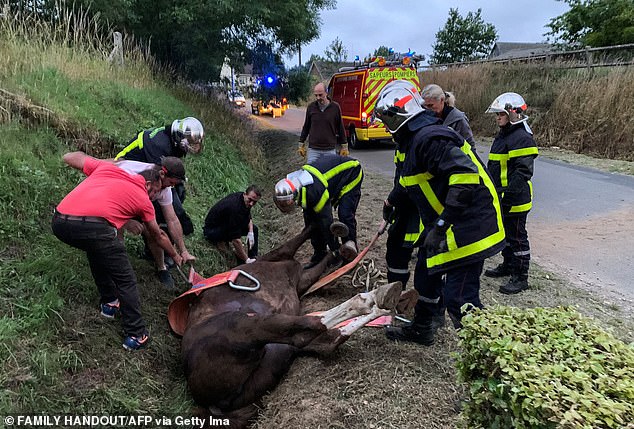 French police at the weekend launched a search for two suspects in the Cote-d’Or region of eastern France after a stable owner found a horse wounded.

A 40-strong team of gendarmes backed up by police dogs and a helicopter were sent to the scene but have not found the culprits so far.

The Val-d’Oise department close to Paris recorded its first cases on Saturday, where one mare had a cut in the vulva and another was wounded in the side.

Gerald Darmanin said police have opened 153 investigations on the horse attacks, with 30 of them involving deaths or ‘extremely violent injuries’. 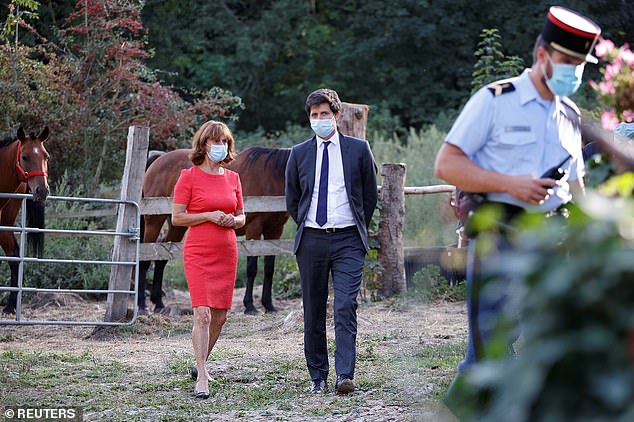 The minister warned horse owners against taking justice into their own hands by trying to take down the attackers.

‘The drama within the drama would be an owner … wanting to take vengeance, do justice, take out his rifle, fight with someone who goes after his horses,’ he said.

The minister spoke after visiting the owner of a horse who was a victim of the mysterious attacks in the Oise region, north of Paris.

‘No one line is being favored,’ Darmanin said of the investigations.

Knives have been used to slash the horses and, in some cases, mutilate them, with organs sometimes removed.

A horse’s face was disfigured in one case and blood was drained in another, while a right ear has often been cut off like a trophy.