London: The UK and France will impose COVID tests on passengers arriving on flights from China.

The decision leaves Australia increasingly as an outlier in not requiring COVID-19 tests to monitor for variants, with the Biden Administration announcing tests would be required from January 5.

The head of the World Health Organisation Dr Tedros Adhanom Ghebreyesus, who was strongly criticised by the Trump Administration for being too close to the Chinese and failing to alert the world to the COVID-19 pandemic in time, said it was understandable that countries were insisting on tests, given China’s secrecy. 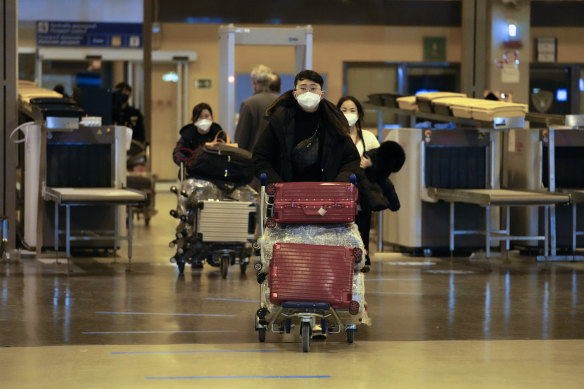 “In the absence of comprehensive information from China, it is understandable that countries around the world are acting in ways that they believe may protect their populations,” he said.

Tedros said the WHO had been asking for more information from China but that it had not been received.

Japan, India, South Korea and Taiwan are also requiring virus tests for visitors from China. Prime Minister Anthony Albanese has said it’s not something Australia is also doing, but will act on health advice.

The UK, which prides itself on being one of the first countries to move on from COVID restrictions was initially reluctant to require negative COVID tests.

But facing pressure from MPs, including two former health ministers, Downing Street was set to announce the new testing rules.

Just seconds after the British media began reporting the expected change, the press across the Channel said France too was to follow suit.

The French will require a negative test taken no more than two days before travel on direct flights from China as well as flights with stopovers. Masks would also be mandatory for passengers on flights from China.

And French officials said that from Sunday, authorities will start carrying out random PCR tests on Chinese arrivals at Paris’ Charles de Gaulle airport, according to government agencies.

France’s decision to join Italy in mandating tests comes after the European Commission failed to agree on a common approach for the bloc.

China is dropping its strict mandatory hotel quarantine on January 8, effectively reopening the country after more than two-and-a-half years of its pursuit of zero infections of the highly transmissible virus.

The virus is believed to have infected millions since President Xi Jinping ended his containment stance.