British mother, 30, ‘finds four-month-old baby boy dead in cot in Corfu hotel room then tries to leap off balcony – but staff manage to stop her’

A British mother reportedly tried to jump off her balcony when she found her four-month-old baby dead in his cot at a Corfu hotel.

Staff from the hotel in Argyrades, Greece, were able to save the mother, 30, just in time.

The mother, 30, had put her baby to bed on Thursday night with a bottle of milk. She then left him with the empty bottle to suck on.

At 7.30am the next day she found him not moving and not responding to the sound of her voice. 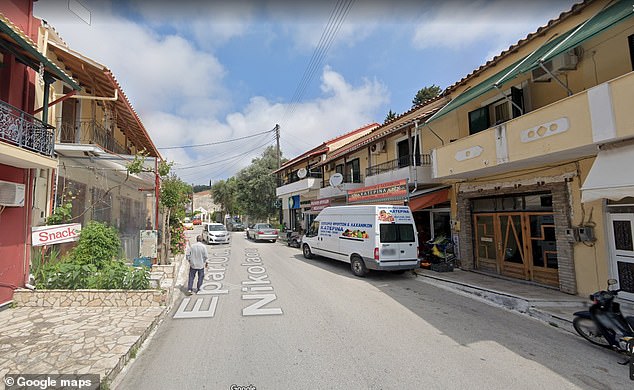 A British mother reportedly tried to jump off her balcony when she found her four-month-old baby dead in his cot at a Corfu hotel. Pictured is the town of Argyrades in Greece where they were staying

She then reportedly called the hotel doctor who pronounced the baby dead and, according to local media reports, instantly tried to leap from the balcony but was saved by staff.

She was taken to hospital and is now receiving psychological treatment, according to a local report.

A forensic examination of the baby is due to take place today.