The house where time stood still: Former Royal navy officer’s 230-year-old home that still has an air raid centre and a two-year-old egg left in a frying pan goes on sale for £120,000

A 230-year-old home frozen in time – cluttered with Beatles records, fur coats and a stuffed tiger’s head – has been put on the market for the first time.

The Grade II-listed Georgian building, which is Grimsby’s oldest house, has gathered dust for decades. 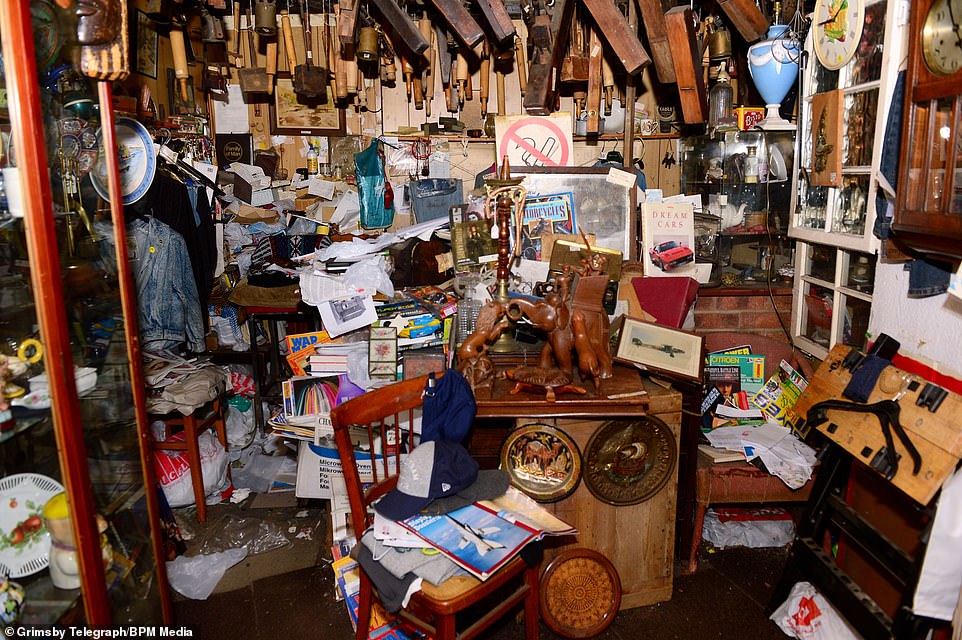 Frozen in time: An antique shop at the property in Grimsby, Lincolnshire, which used to be open for business is now on lockdown and cluttered from top to bottom with clothes and ornaments 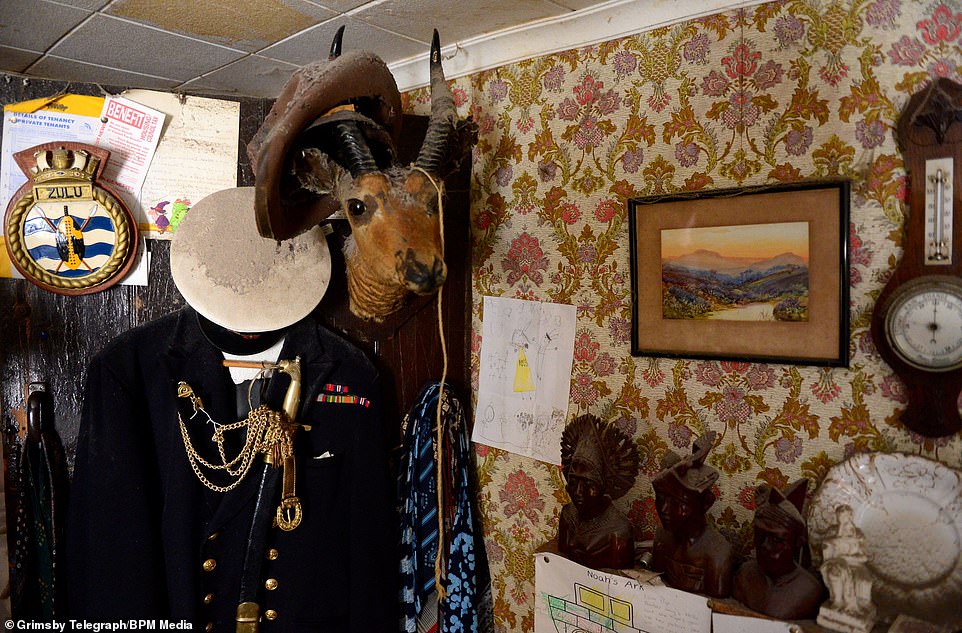 An stuffed animal’s head, an old military uniform and a hat covered in thick dust sit in one of the living rooms in the sprawling property 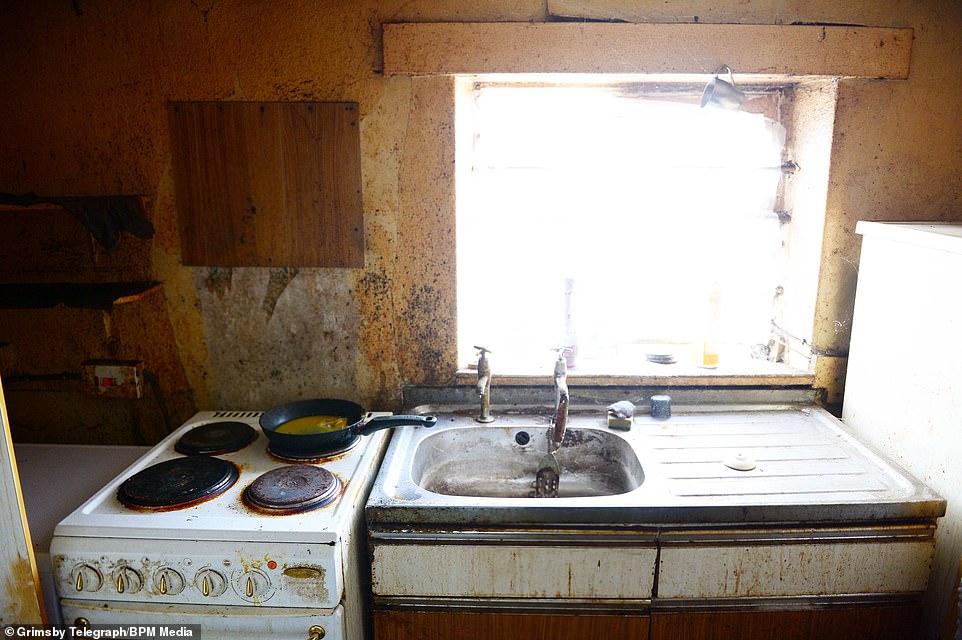 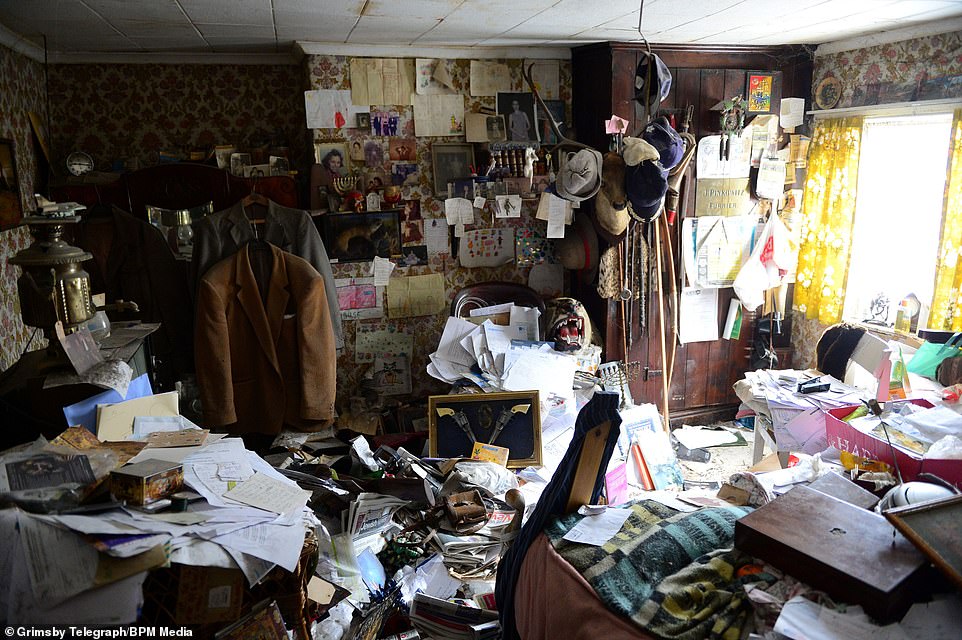 One of the rooms in the huge house has a stuffed tiger’s head resting on a pile of papers. Some rooms are barely accessible when the estate agent is showing around prospective buyers

Philip Pinkerton, aged in his 90s, is now selling the Lincolnshire property, which he has owned for nearly 80 years.

The former Royal Navy officer, who was gifted the house by his father, has peeled back the creaking doors of his breathtaking remnant of the past to lay bare the curiosities that lie inside.

Decades of grime and grease line the kitchen surfaces and jars of food well past their sell-by date line the shelves.

A two-year-old fried egg cooked by the long-gone lodger sits in a pan on the stove.

‘It looks worse than it is,’ said Mr Pinkerton’s wife Simone. ‘It just needs redecorating.’

Mr Pinkerton added: ‘With it all stripped back, it could be made beautiful.’

A pair of handcuffs are hanging from the arm of an antique cabinet in a reception room – apparently once used as a makeshift lock.

Exposed wires and empty hangers are scattered around the property. A white outline on the yellow-stained wallpaper reveals where the bed once stood.

Stashed away in one of the scores of rooms is a cuckoo clock and crossbow, and even an old military uniform. The wood-panelled bathroom boasts a vintage bath and sink. 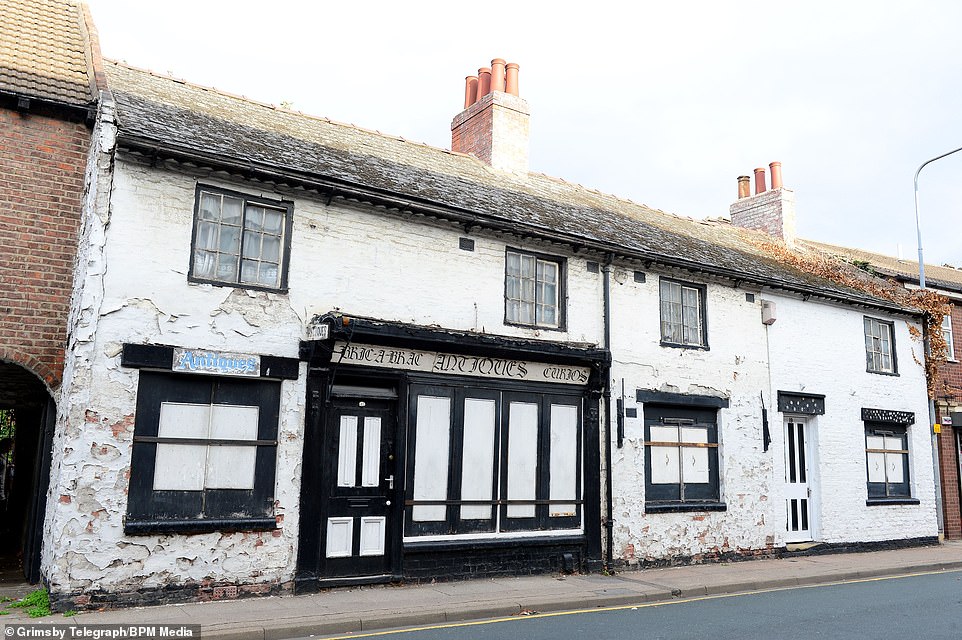 The Grade II-listed Georgian building, which is Grimsby’s oldest house, has gathered dust for decades and is now being put up for auction 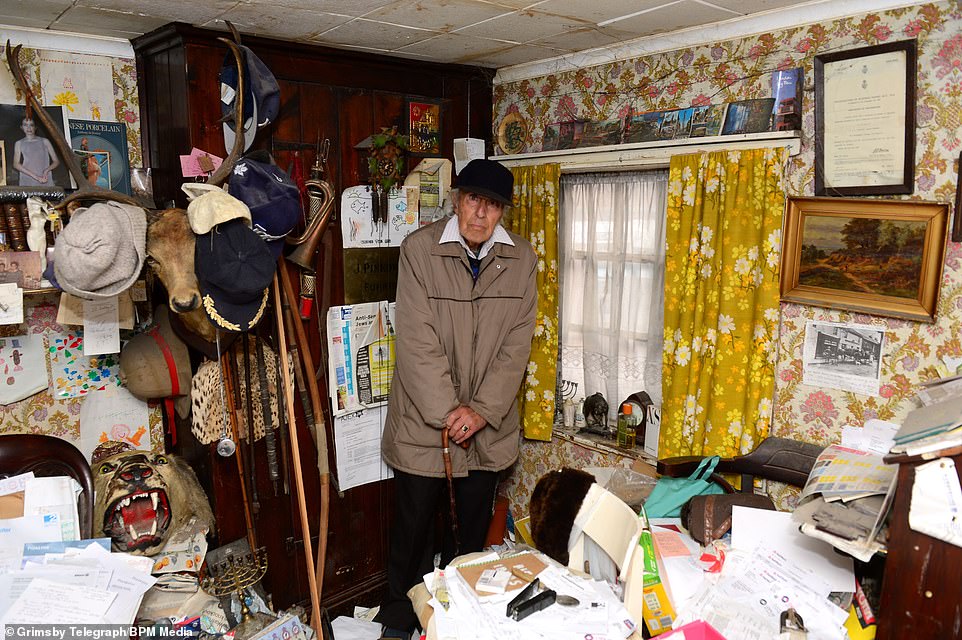 Philip Pinkerton showing off his jaw-dropping time capsule property, which is scattered with old gems such as Beatles records and a door which has been on its hinges since 1792 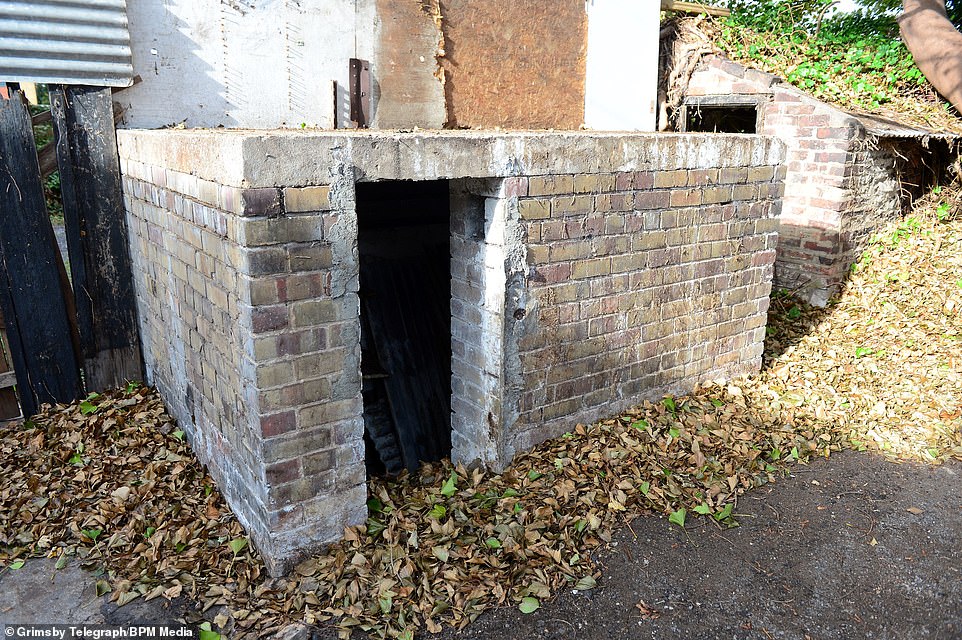 A Second World War air raid shelter rises above a mound of leaves in the property’s decrepit garden, which has a stable block on the verge of collapse and a shed shrouded in ivy 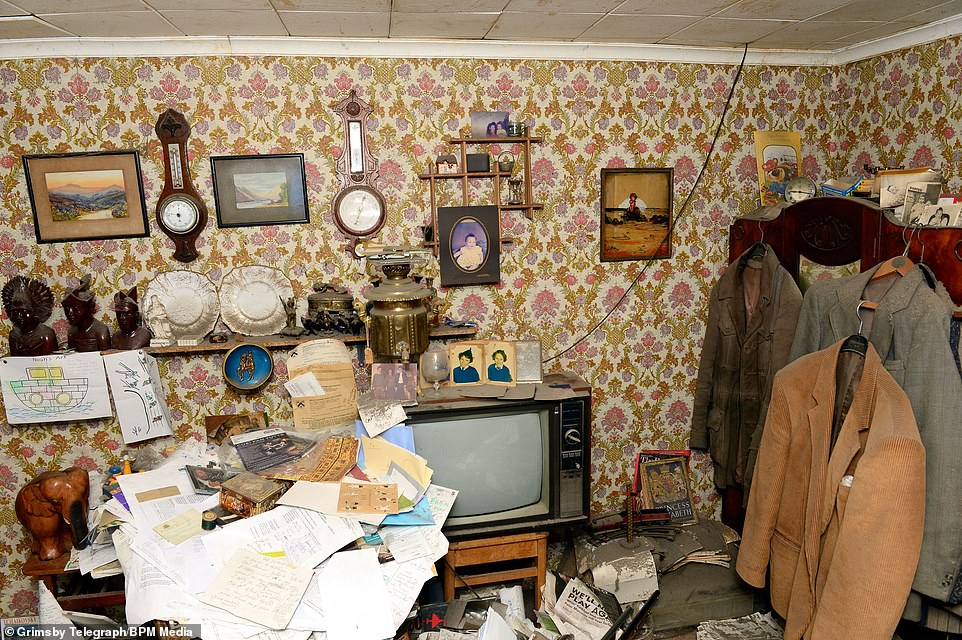 Ornaments, newspapers, jackets and an old-fashioned television in one of the majestic property’s many rooms

Some rooms are so cluttered that they can’t be accessed when the estate agent shows around prospective buyers.

A wooden door has been on its hinges since 1792.

Outside, the stable block is on the verge of collapse and the shed is shrouded in ivy. A Second World War air raid shelter rises above a mound of leaves.

What was Mr Pinkerton’s antiques shop is locked up. The brick counter where he once traded is suffocated by a breathtaking array of items collected over decades.

The property is being marketed by estate agent DDM Residential and is described as a prime redevelopment opportunity ‘open to endless ideas’.