Three-day-old foal Demi was captured doing the perfect yoga pose as she bent into a downward dog to reach the grass.

The yoga guru found that her legs were too long for her head to touch the ground at her family-owned farm in the Netherlands and discovered that a downward dog helped her to do this. 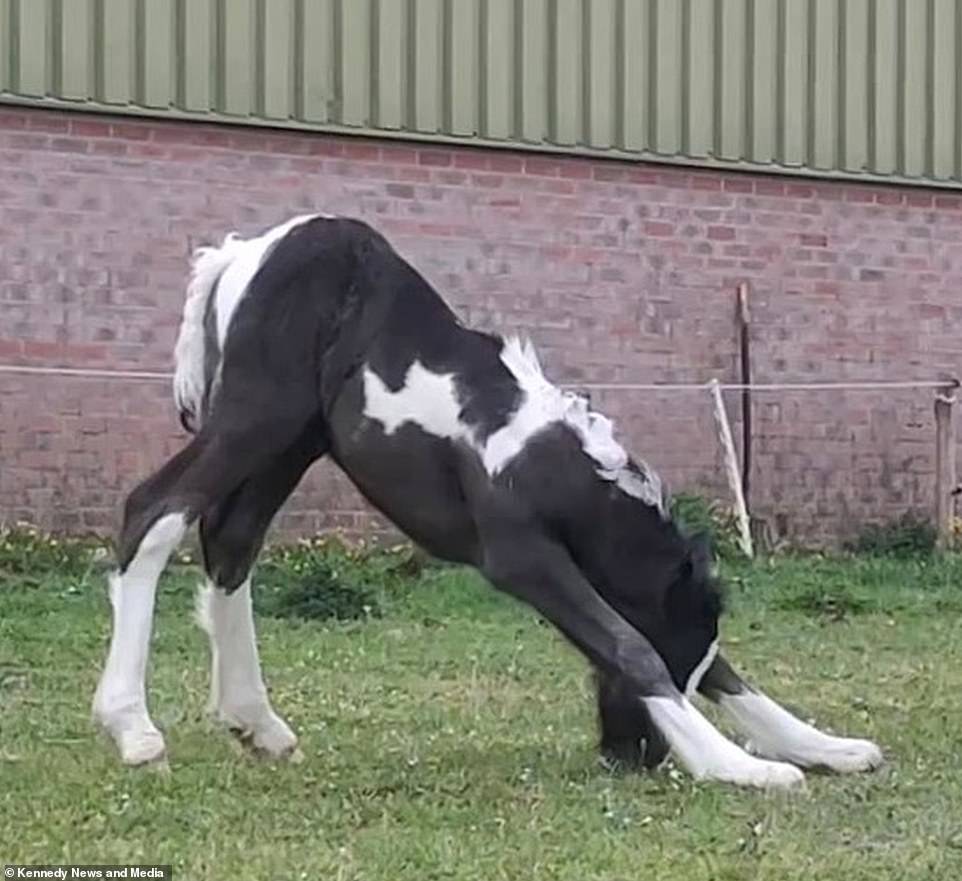 Demi (pictured), a three-month-old foal at a farm in the Netherlands, got into a perfect downward dog to try and reach the grass her long legs would not allow her to get her 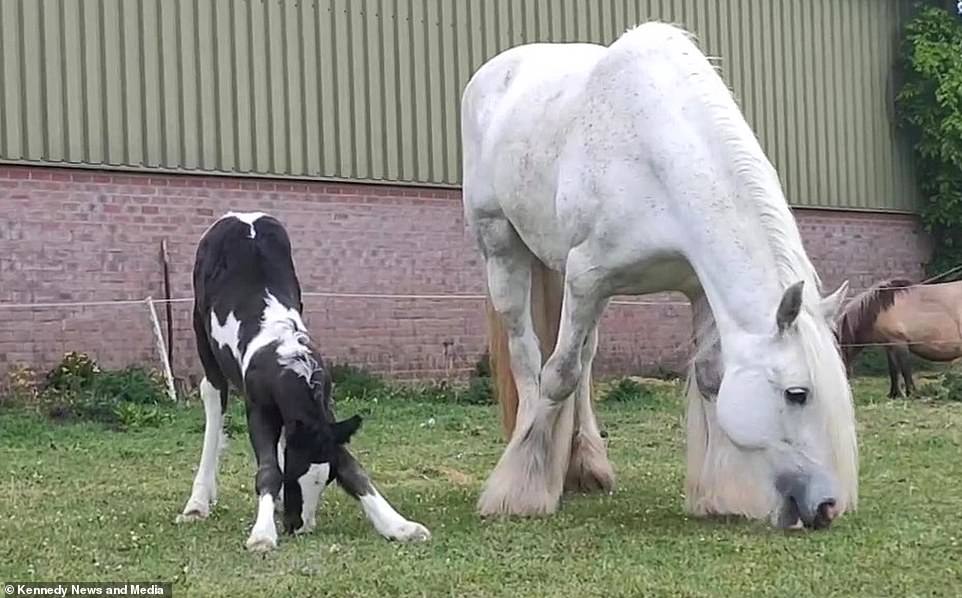 Demi was copying mum, Misha, who lords over her as a huge Irish Cob. Demi does not even need to reach the grass yet because she has no teeth and still drinks her mother’s milk

‘It’s quite common that foals don’t know how to use their legs yet but I haven’t seen such a perfect downward dog move before,’ said owner Lisanne Drost.

Demi was inspired by eight-year-old mum, Misha, who stood next to her daughter effortlessly eating grass.

Despite Demi’s resourcefulness she cannot even eat grass yet because she does not have any teeth and still drinks her mum’s milk.

The young horse can only hold up her grown up front for so long though after she is later pictured clumsily frolicking in her field. 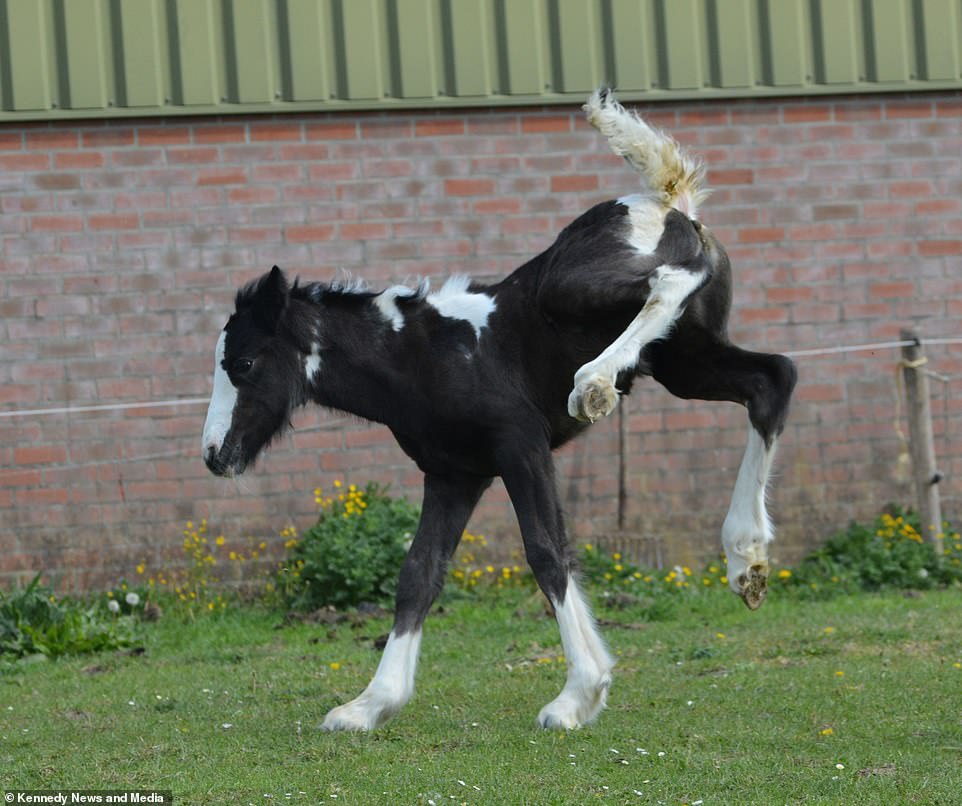 Lisanne said: ‘I decided to film her because it made me laugh and I shared it so others could see it too.

‘She is mimicking her mum, foals don’t have any teeth yet so she can’t eat the grass yet.

‘Demi is a really gentle filly who loves to cuddle and is really active, I regularly sit in the meadow to look at them and really enjoyed watching this.

‘I got loads of great reactions from people saying how much they enjoyed it so much.’