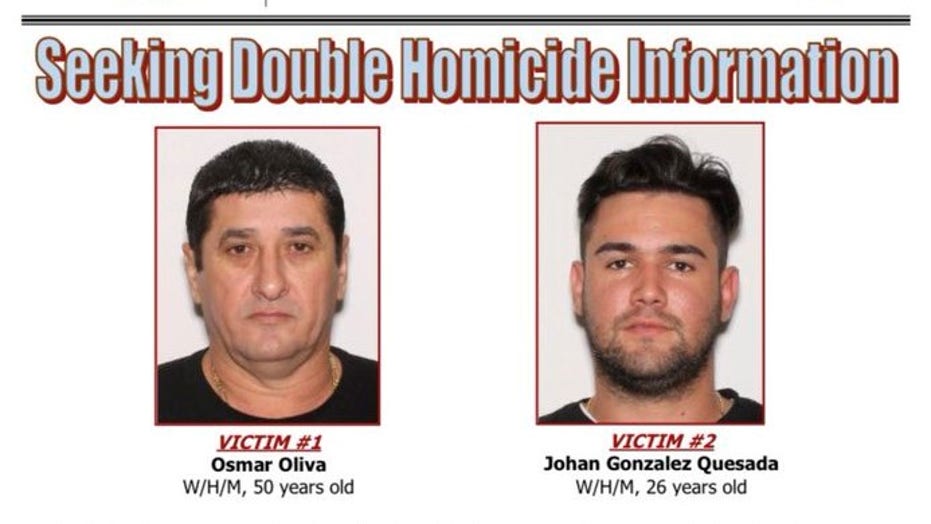 Florida investigators are seeking the killers who kidnapped, tortured, and fatally shot two truckers in Miami-Dade over the weekend.

Police said the assailants kidnapped Osmar Oliva, 50, who owned Oliva Delivery Corp., and Johan Gonzalez Quesada, 26, then tied their hands and tortured them for hours in the back of a moving-type truck before shooting them in the head and leaving them in a yard in Opa-locka, which is near Miami, the Miami Herald reported.

A third man survived the ordeal and flagged down a passerby who called the police. That man, whose name has not been released, was in critical condition when he was taken to a hospital that night.

Miami-Dade homicide detectives are looking for answers. A reward of $5,000 is being offered for information that leads to an arrest.

The slain men each had earlier brushes with the law. Oliva was arrested in 2007 after officers said he was one of three men found unloading cargo off a stolen tractor-trailer that had been located using a GPS device. Charges were dropped the following year.

Last year, Gonzalez Quesada was accused of having two loads of pilfered cargo — frozen shrimp, and air-conditioning units — that had been traced via GPS on stolen tractor-trailers. An arrest report said the cargo was discovered at his home. He pleaded not guilty and was awaiting trial.