The French doctor who desperately tried to save Princess Diana after her fatal car crash in Paris has said he will always feel responsible for her death.

Frederic Mailliez found the royal unconscious and struggling to breathe on the floor of the mangled Mercedes in the Alma Tunnel on August 31, 1997.

Now, approaching the 25th anniversary of her death, the medic says he is still marked by what happened that night and the realisation that he was one of the last people to see the princess alive.

‘I realise my name will always be attached to this tragic night,’ Mailliez, who was on his way home from a party when he came across the car crash, told The Associated Press. ‘I feel a little bit responsible for her last moments.’

Mailliez was driving into the tunnel when he spotted a smoking Mercedes nearly split in two but did not recognise the icon, despite acknowledging she was a ‘very beautiful woman’. 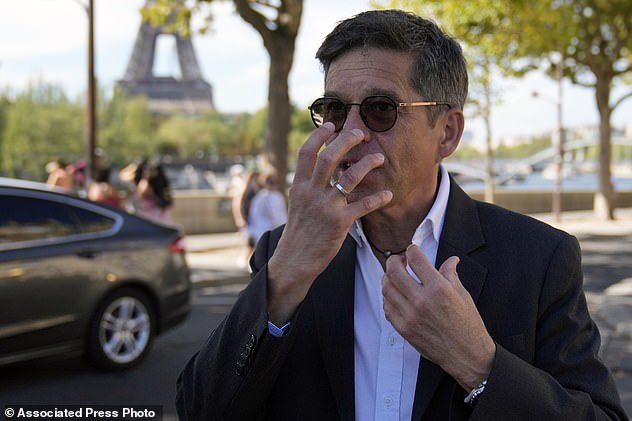 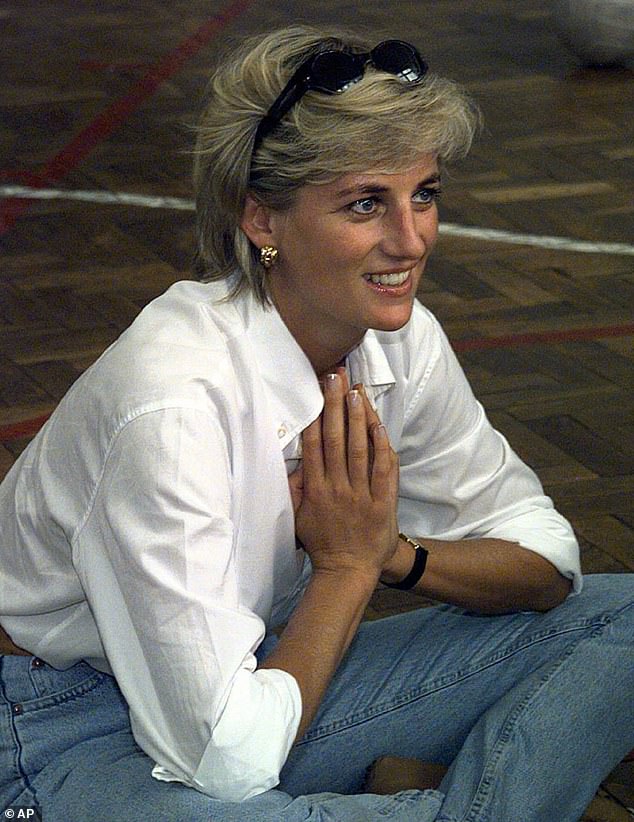 Frederic Mailliez found the royal unconscious and struggling to breathe on the floor of the mangled Mercedes in the Alma Tunnel on August 31, 1997

‘I walked toward the wreckage. I opened the door, and I looked inside,’ he said.

Describing the scene, he said: ‘Four people, two of them were apparently dead, no reaction, no breathing, and the two others, on the right side, were living but in severe condition.

‘The front passenger was screaming, he was breathing. He could wait a few minutes. And the female passenger, the young lady, was on her knees on the floor of the Mercedes, she had her head down. She had difficulty to breathe. She needed quick assistance.’

He ran to his car to call emergency services and grab a respiratory bag.

‘She was unconscious,’ he said. ‘Thanks to my respiratory bag (…) she regained a little bit more energy, but she couldn’t say anything.’

The doctor would later find out the news – along with the rest of the world – that the woman he treated was the beloved princess. 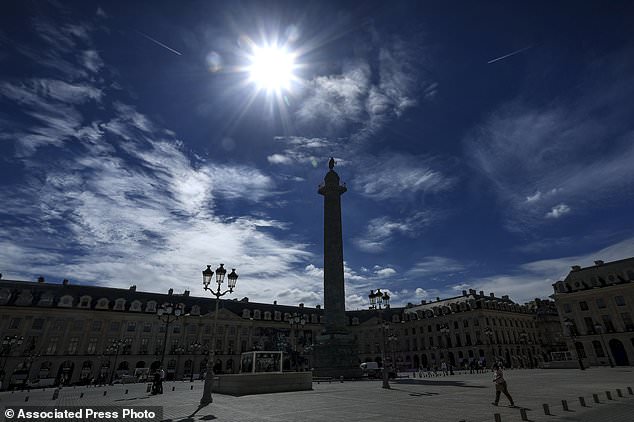 A view of Place Vendome, where the Ritz Hotel is located, where Diana took a taxi from on that fateful night 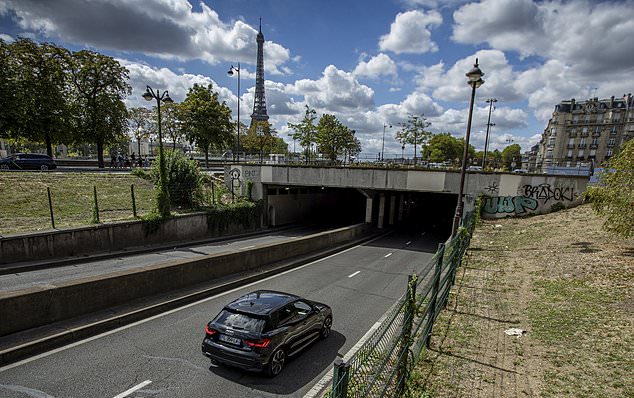 ‘I know it’s surprising, but I didn’t recognise Princess Diana,’ he said. ‘I was in the car on the rear seat giving assistance. I realised she was very beautiful, but my attention was so focused on what I had to do to save her life, I didn’t have time to think, who was this woman.’

‘Someone behind me told me the victims spoke English, so I began to speak English, saying I was a doctor and I called the ambulance,’ he said. ‘I tried to comfort her.’

As he worked, he noticed the flash of camera bulbs, of paparazzi gathered to document the scene. A British inquest found Diana’s chauffeur, Henri Paul, was drunk and driving at a high speed to elude pursuing photographers.

Mailliez said he had ‘no reproach’ toward the photographers’ actions after the crash. ‘They didn’t hamper me having access to the victims… I didn’t ask them for help, but they didn’t interfere with my job.’ 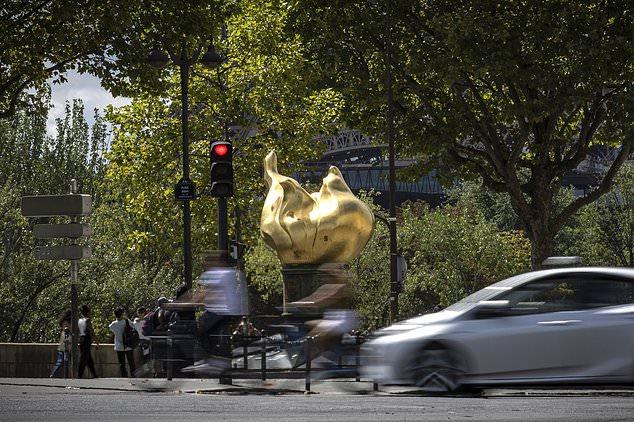 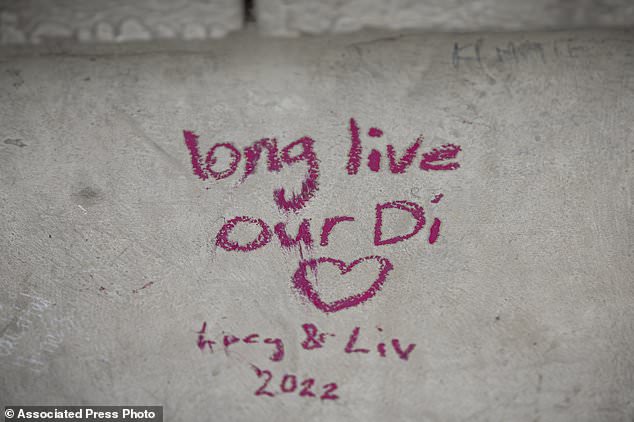 A message left near the gilded statue Flame of Liberty that serves as an unofficial shrine to Princess Diana, in Paris 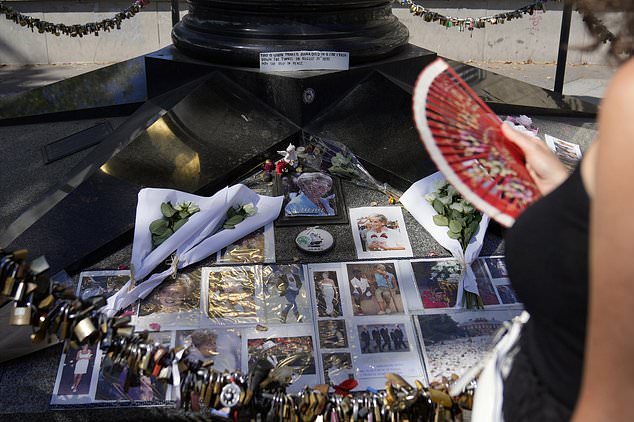 Firefighters quickly came, and Diana was taken to a Paris hospital, where she died a few hours later. Her companion Dodi Fayed and the driver also died.

‘It was a massive shock to learn that she was Princess Diana, and that she died,’ Mailliez said.

Then self-doubt set in. ‘Did I do everything I could to save her? Did I do correctly my job?’ he asked himself.

The anniversary is stirring up those memories again, but they also come back ‘each time I drive through the Alma Tunnel,’ he said. 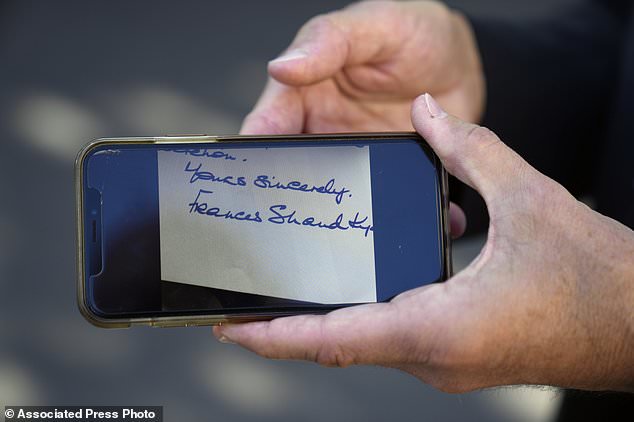 French Emergency Doctor Frederic Maillez, who was first to arrive at the scene of the crash that killed Britain’s Diana, Princess of Wales, displays a copy of the letter he received from Diana’s mother

As Mailliez spoke, standing atop the tunnel, cars rushed in and out past the pillar where she crashed, now bearing a stencil drawing of Diana’s face.

The Flame of Liberty monument nearby has become a memorial site attracting Diana fans of all generations and nationalities. She has become a timeless figure of emancipation and a fashion icon even for those born after her death.

Irinia Ouahvi, a 16-year-old Parisian visiting the flame, said she knows Diana through TikTok videos and through her mother.

‘Even with her style she was a feminist. She challenged royal etiquette, wearing cyclist shorts and casual pants,’ Ouahvi said.

Francine Rose, a Dutch 16-year-old who stopped by Diana’s memorial while on a biking trip in Paris, discovered her story thanks to The Princess, a recent film starring Kristen Stewart.

‘She is an inspiration because she was evolving in the strict household, the royal family, and just wanted to be free,’ Rose said.