Firearms police officer was caught spying on his ex-girlfriend by ‘staking out’ her home and peering over wall in eight month stalking campaign, misconduct tribunal hears

A firearms officer was caught spying on his ex-girlfriend by ‘staking out’ her home and peering over her wall in an eight-month stalking campaign, a misconduct tribunal heard today.

Benjamin Robinson, 33, was caught lurking outside the home in full uniform and while carrying a police issue sidearm by his Humberside Police colleagues.

The armed officer had gone missing from Melton Police Station in North Ferriby, Hull, when he was spotted peering over the woman’s wall in east Yorkshire.

Robinson was suspended from duty and an investigation was launched.

It was alleged that the stalking activities against his ex-girlfriend, also a police officer, had taken place both on and off duty.

Robinson, who quit the force ahead of today’s hearing in Goole, accepted the facts but denied the ‘multiple’ incidents between September 2019 and April 2019 amounted to stalking. 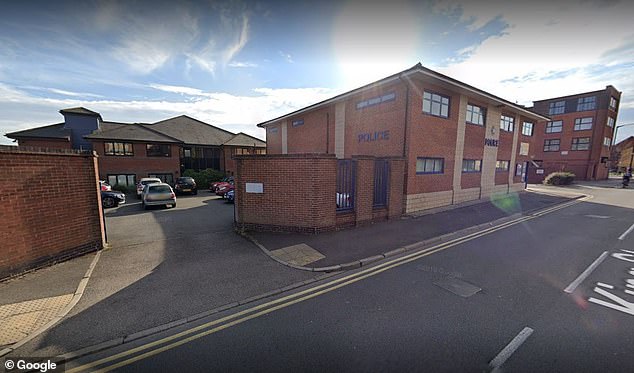 Benjamin Robinson, 33, was caught lurking outside the home in full uniform and while carrying a police issue sidearm by his Humberside Police colleagues. Pictured: Melton Police Station in North Ferriby, Hull

He also denied that he intended to cause his victim, Officer A, distress.

The misconduct hearing was told Robinson had already been convicted of misusing the police computer to look up the registration numbers of cars parked in his ex’s driveway.

It also heard that a copy of his victim’s duty rota had been found in his locker and he was unable to properly explain why.

Robinson had tried to interrogate her mobile phone and was ‘only thwarted’ because he could not get past her pin lock, the Chief Constable said.

He had accepted ‘multiple unsolicited attendances’ at her home and had also followed her, Mr Freeman added.

The man had also stalked her on social media and messaged her on WhatsApp.

He had ‘loitered’ outside her home and her workplace, Mr Freeman said, adding: ‘I am satisfied Robinson watched and spied on her home address.’

The Chief Constable said Robinson had been ‘manipulative and controlling’ and may ‘have manipulated her (Officer A’s) sense of duty’.

He added: ‘I have read Officer A’s personal statement and I am satisfied she has suffered psychological harm as a direct result of former officer Robinson’s misconduct.

‘It was premeditated. It involved planning and deliberate targeting of Officer A.

‘Many if the acts were committed on duty while performing a specialist role so the public was deprived.

‘There are multiple breaches of standards of professional behaviour.

‘His resignation was at the last minute and faced with overwhelming evidence he had no choice but to accept.’ 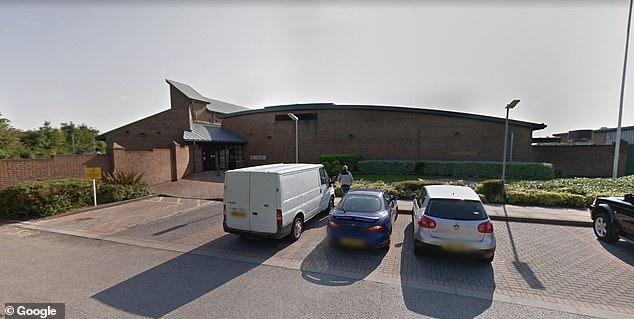 Robinson, who quit the force ahead of today’s hearing in Goole, accepted the facts but denied the ‘multiple’ incidents between September 2019 and April 2019 amounted to stalking. Pictured: Humberside Police HQ

‘The impropriety of a single police officer can tarnish the reputation of the force and the service as a whole,’ Mr Freeman said.

‘The only outcome would be dismissal without notice had he still been a serving officer.

‘Had he not been found loitering at her address, which led to his suspension and investigation, I am satisfied he would have continued in this behaviour.’

But he was able to ensure Robinson’s name appeared on the College of Policing’s Barred List, a public blacklist of suspect officers who have left under a cloud before being carpeted.

In mitigation, Police Federation representative Ian Spain said: ‘He says it was not his intention to stalk Officer A.

‘He attended her address to see what callers were visiting Officer A and wanted to see why that was.

‘This all has to be seen in the context of a relationship break-down in which he was not thinking clearly.’