RICHARD LITTLEJOHN: Fining mourners? Can the great British jobsworth get any more callous? 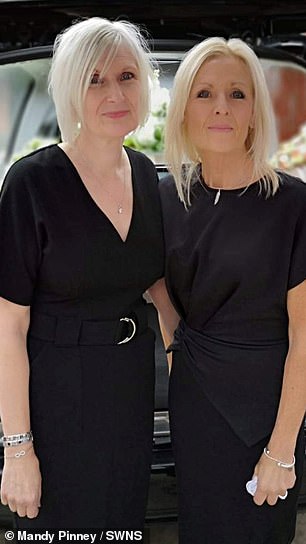 Mandy Pinney (left) Hayley James on right. Two sisters are reeling after being hit with a £200 charge after their father’s funeral overran by 48 seconds

One unavoidable consequence of getting older is the number of funerals you have to attend.

In recent years, I’ve been to more than I care to count.

On busy days, the queues for the crematorium can resemble a conveyor belt. I’m always quietly impressed with the way in which staff employed to make these difficult occasions pass as smoothly as possible manage to do so with exemplary professionalism and the minimum of fuss.

Time is usually limited, yet I have rarely ever felt that the proceedings have been rushed. At the end of the service, mourners are gently ushered outside with admirable discretion and sensitivity. The trick is to ensure no one feels they have been forced to wish the departed an unnecessarily hasty farewell, while at the same time avoiding a delay to the next funeral.

Ninety-nine times out of 100 everything runs like clockwork. When there are hiccups, you can generally rely on the crematorium staff to get things back on track without upsetting anyone. But there’s always an exception which proves the rule.

At Grimsby Crematorium recently, friends and family packed into the chapel to say goodbye to 87-year-old Terry James, a former French polisher and popular local musician.

When the service ended, his daughters Mandy Pinney and Hayley James asked if they could spend a few private moments with their dad’s coffin. They were told they had two minutes.

Miss James, from Cleethorpes, said: ‘My sister and I wanted to touch Dad’s coffin one last time and close the curtain. We were taken to the coffin by the funeral director. Staff at the crematorium watched us.’ 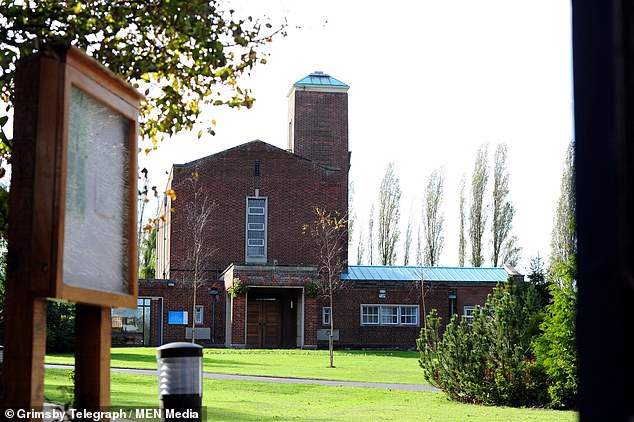 Mrs Pinney said: ‘We didn’t take our time — but we did feel rushed.’ Not that there was any good reason why they couldn’t linger for a few more minutes. Their father’s funeral was the last of the day.

So imagine their horror when they discovered that they had been charged £200 for overstaying their allotted time by 48 seconds.

The ‘fine’ had been sent to the funeral directors, who passed it on to the family. Mrs Pinney said: ‘It seems ridiculous. Are they not embarrassed? They are cashing in on grief. It’s despicable.

‘I could understand it if we were five or ten minutes over our time. But just by seconds is petty and disrespectful.’

Her sister added: ‘I know they are a business and they need to organise times for everyone using the crematorium every day.

‘But for us, this is the only time in our lives we have to do it. We wanted to spend just a few last moments with our dad because the funeral service was so full. So we went back briefly at the end.’

Where to start? Well, for one thing, Grimsby Crematorium is not a business. It’s a public service, run by North East Lincolnshire Council. Given that this was the last funeral of the day, what harm would it have done if Mr James’s daughters had stuck around for another ten, or even 15 minutes? 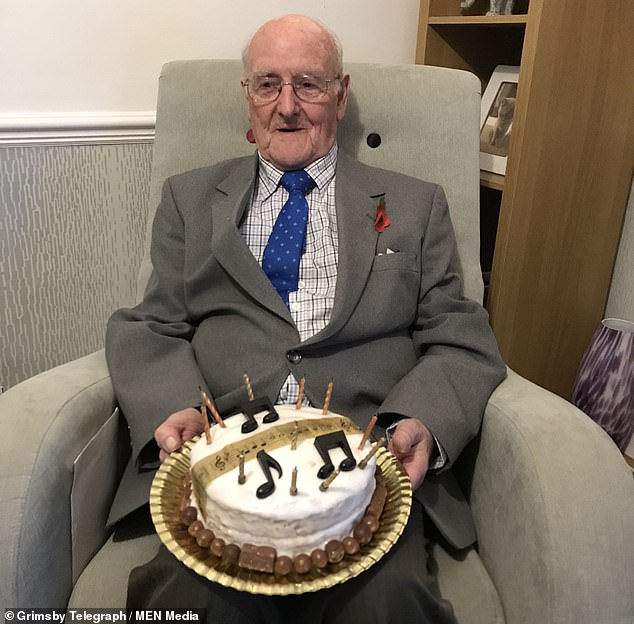 Terry James pictured at his birthday. His daughters Mandy Pinney and Hayley James asked if they could spend a few private moments with his coffin after his funeral

How can anyone with a single shred of humanity put a stopwatch on two sisters bidding a fond, final farewell to their father? Funerals are distressing enough without risking a fine for overstaying your welcome by seconds.

Over the years, this column has made a decent living documenting the excesses of the Great British Jobsworth. But this is by far the most callous example yet.

It wouldn’t be quite so bad if this was an isolated incident. Sadly, it isn’t. A subsequent Freedom of Information request has revealed that over a 21-month period, the council imposed 20 similar fines, totalling £4,000. In March, another family from Cleethorpes was charged £200 when their father’s funeral overran by 14 seconds.

Yep, you did read that correctly — fourteen seconds.

The reason it took a few moments longer to clear the chapel was because one of the mourners was using walking sticks.

The bare facts are shocking enough. But consider for a moment the process.

I’ve always counselled those Tories who want to see the back of Jeremy Corbyn to be careful what they wish for.

A half-presentable Labour leader could easily win a General Election. So the news there may be a plot to replace Corbyn is not necessarily cause for celebration. Having said that, there are very few presentable options. Emily Wossname, Labour’s Lady Muck, may fancy her chances but she’d go down like a bucket of cold sick in White Van Land.

Then I read that Rebecca Long-Bailey, Labour’s answer to Mrs Merton, was being lined up to take over and I haven’t stopped laughing since. 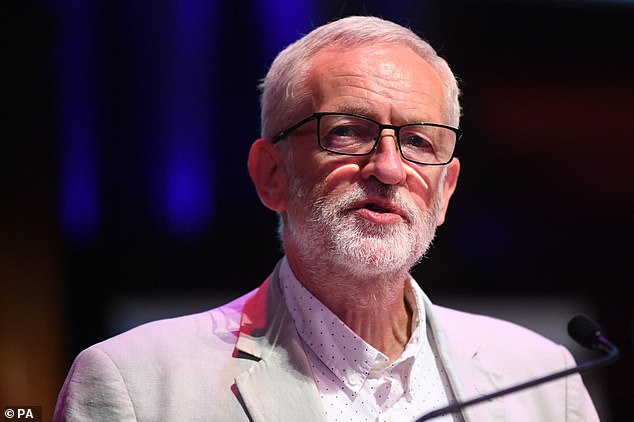 There have been rumours Keir Starmer, Emily Wossname or Rebecca Long-Bailey could replace Jeremy Corbyn (pictured)

Mother Theresa’s chief Brexit negotiator Olly Robbins is jumping ship before he’s forced to walk the plank by the new Prime Minister. He is said to be leaving for a new job in the City. But here’s the mystery.

Apart from buying his contacts book, why would anyone want to employ him, after the dog’s breakfast he’s made of Brexit? Robbins gives the impression he couldn’t negotiate his way out of a crisp packet. You certainly wouldn’t trust him to sell your house. He’d start by promising to pay the buyer to take it off your hands.

It’s also reported that Cabinet Secretary Sir Mark Sedwill, May’s puppet-master, is to become Britain’s next ambassador to the U.S. He’s one of the main architects of Project Fear and arbitrarily called off preparations for No Deal.

Why should civil servants who have either bungled and/or deliberately obstructed a clean Brexit be rewarded? The only good news is that we’ll soon be rid of both of them.

My observations about the daft directive telling nursery schools not to call children ‘naughty’ struck a raw nerve. Most readers who have written to me agreed with every word.

Joan MacDowell, from Dallas, Texas, read the column while holidaying in the Cotswolds.

She sent me this photo, taken outside a pub in Burford:

‘Well behaved children welcome. The rest will be made into pies!’

My favourite email came from Duncan Brown, who lives in Grange-over-Sands, Cumbria.

He took over as head of a large primary school in the 1990s and remembers the advice the long-serving reception class teacher had been given by her predecessor when it came to dealing with unruly children: ‘Shake them till they wee.’