This is the astonishing moment two women get into an ugly punch-up at a gym during a row over a weights machine.

The pair had to be separated by other female keep-fit fanatics as they lashed out at each other seconds after the initial bust-up at the gym in the city of Sanarate, Guatemala.

Footage of the catfight showed the larger of the two, wearing black leggings and a tight-fitting green top, throwing her weight around with a smaller woman in pink shorts waiting her turn to do squats.

The initial pushing quickly turned into hair-pulling and slaps and punches.

Other gym users rushed over to the Smith machine to pull them apart, although the women’s determination to keep on fighting meant it took them several seconds to prise them apart as they continued pulling each other’s hair. 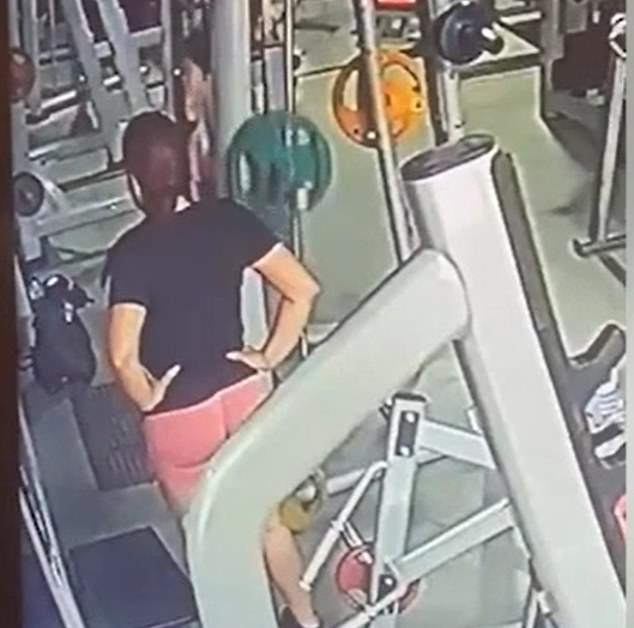 The girl in pink shorts stood next to a weights machine waiting to use it. It was later claimed the woman wearing a green  t-shirt was taking turns doing reps 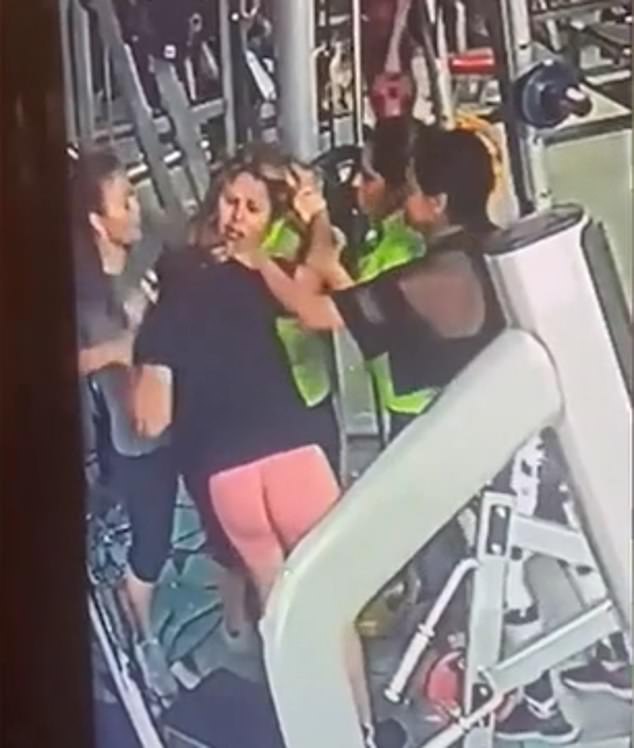 After stepping in to use the machine, the woman in pink shorts was immediately pushed by another woman in a green t-shirt

The gym where the incident occurred was identified by press in the region as being in Sanarate, the second largest in the country’s El Progreso department.

The woman in pink shorts is understood to have suffered deep cuts to her arm and leg after she was thrown into a mirror, which then smashed. She later required stitches.

The gym where the fight occurred has not been named.

Although the footage appeared to show the larger woman pushing in, it was being claimed today she was still taking turns to use the weights machine when the girl in pink pushed in.

One social media user said: ‘Whoever was to blame both women were totally out of order.’