The huge pile of writhing up snakes is revealed after the boy lifts up a carpet as his dad films. 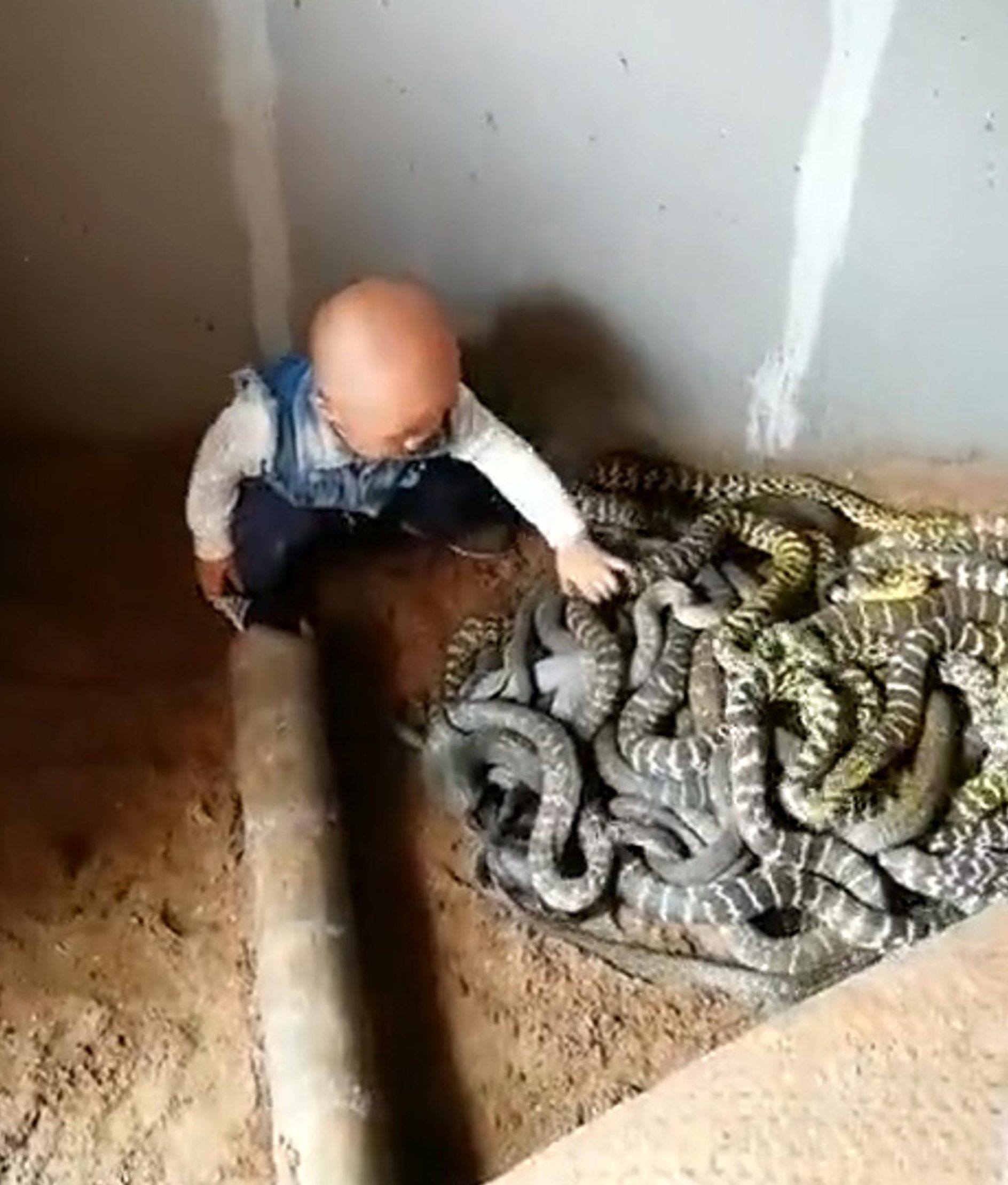 His parents seem to encourage the boy as he sifts through the writhing pit of reptiles.

The child is mumbling baby words as he grabs several snakes and picks them up one at a time before showing his parents.

He hands the serpents to his father, who doesn't seem worried that his little boy might be attacked.

The dad then drops the snakes into a bag. 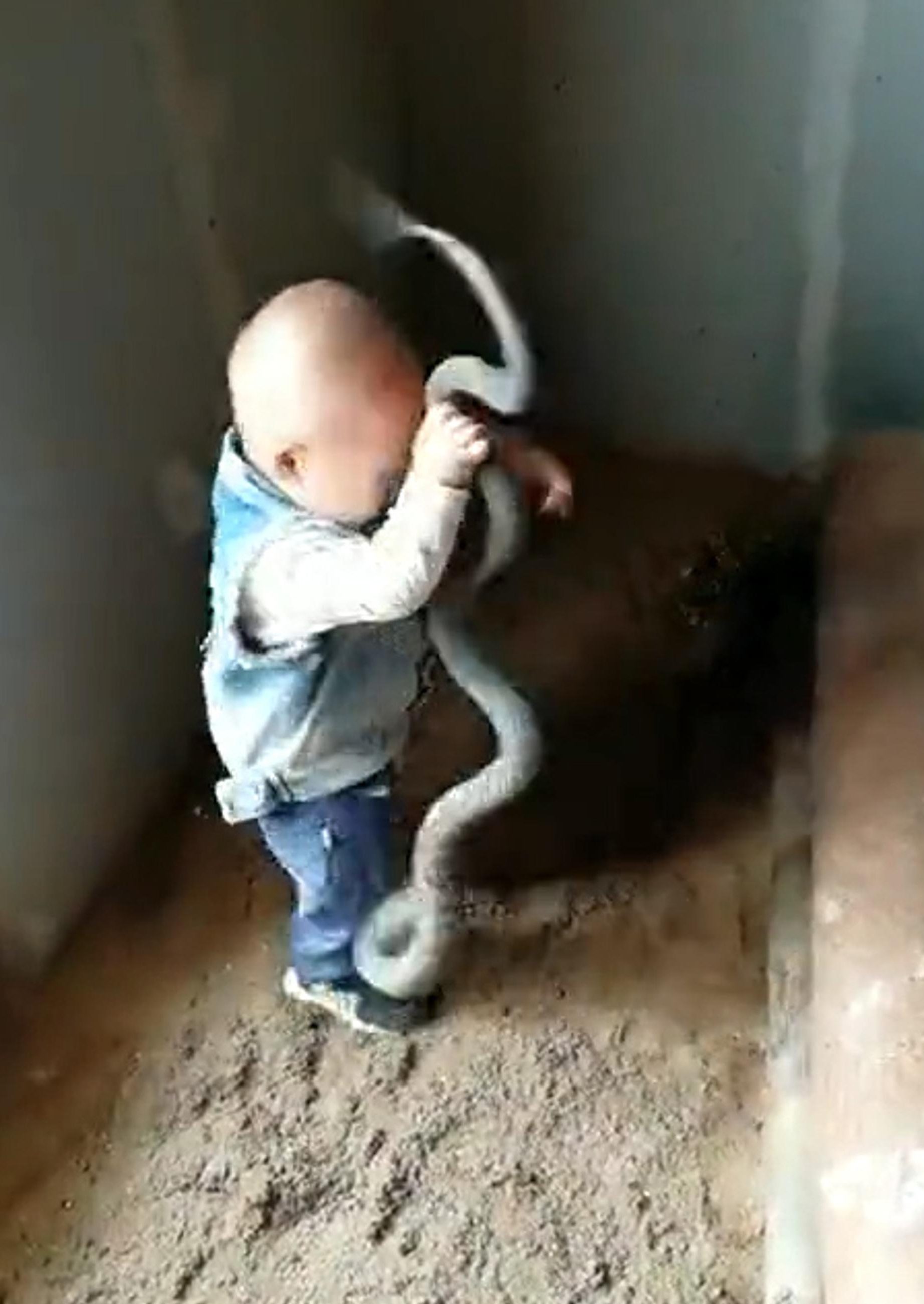 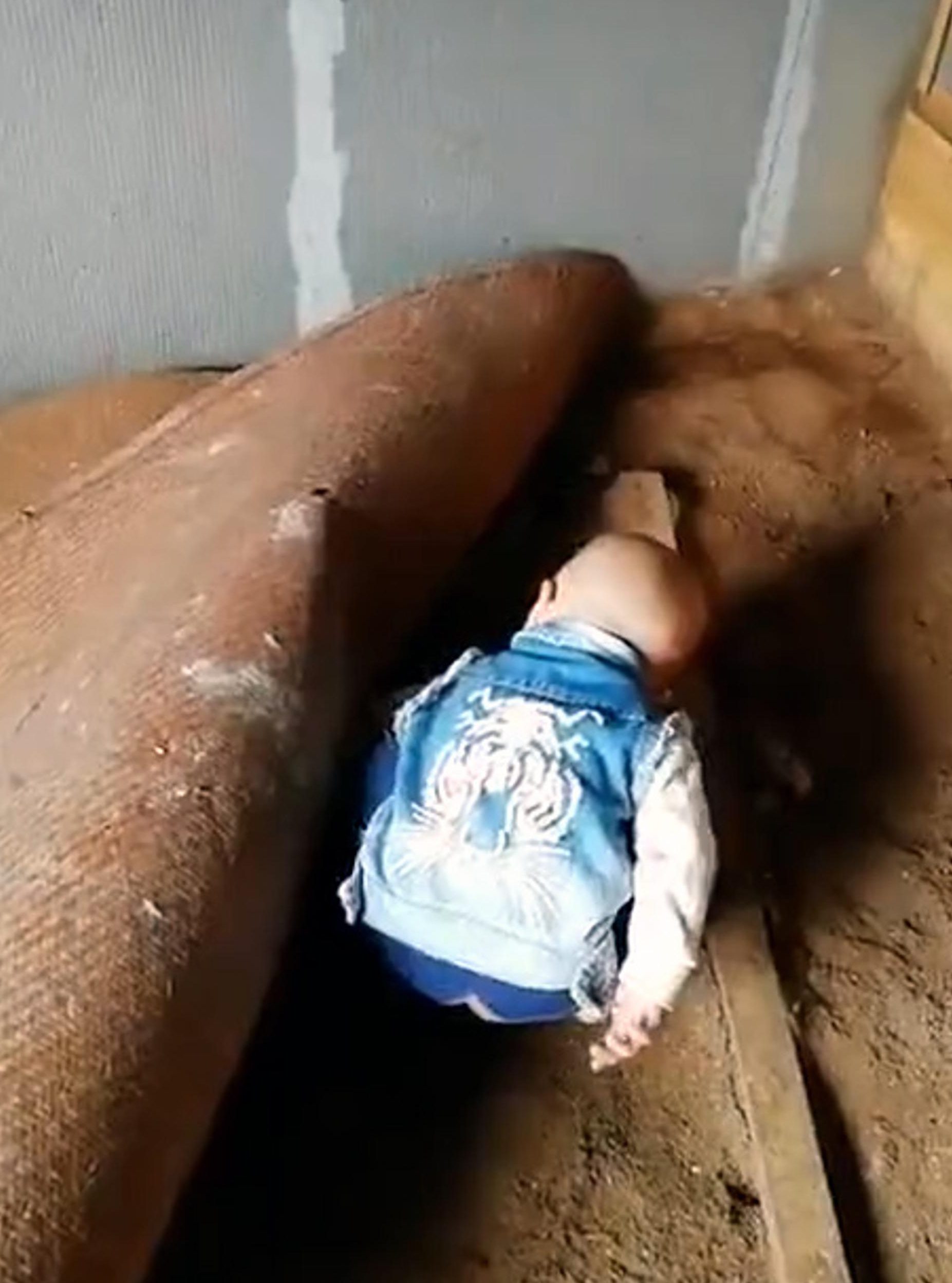 The clip of the toddler is believed to have been filmed in China, where his family seem to run a snake breeding farm.

At one point in the video, the boy’s mum decides play time with the reptiles is over and makes him leave the room but he begins to cry and demands to be allowed to continue.

It is unclear what species of snakes are in the footage.

The parents and the boy were not named in reports.