Father, 40, makes a heart-breaking Facebook plea for children to attend his autistic daughter’s fifth birthday party after just two of her friends turned up

The father of an autistic girl has praised an ‘overwhelming’ response from good Samaritans who rallied around to save his daughter’s birthday party when her friends couldn’t make it.

Remi, five, was celebrating her birthday at the Eden Play Centre in Abertillery when only two of her young friends turned up.

Her father, PJ Robins, explained: ‘We’d done some invites for a party for Remi, not many – just ten little friends.’

The 40-year-old added that two guests got in touch on the day to say they couldn’t make it through illness but others had not RSVP’d, adding: ‘It was really very sad that none of them had bothered to respond really.

‘One of the things with the autistic spectrum is that last minute changes are terribly distressing, especially to Remi. 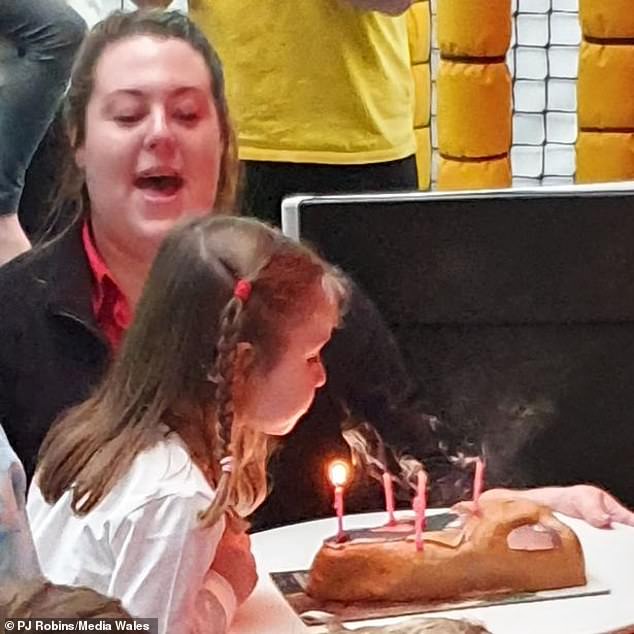 Remi Robins, five, had her play centre birthday party rescued by the kindness of strangers 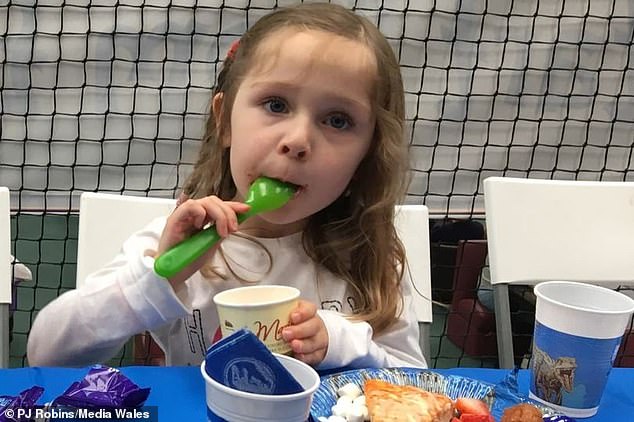 ‘We’d already told her about the party and that we’d invited her friends so she was expecting her friends to be there.

‘At one point she turned around and said ‘Mummy, where are all of my friends?’ and that was like a knife in the heart.’

PJ, who moved to Abertillery in south Wales in 2017 with Remi’s mother Becki, then posted on a local community group on Facebook, asking for people to drop by.

In his post, he said: ‘Please, if anybody has some free time and has a child around my daughter’s age – would you be willing to help us make her party a day to remember.

‘We don’t expect anything, not cards or gifts, the party is all paid for and there’s plenty of food, we just want some children to come help our little girl celebrate.’

In response around 14 children and parents turned up and stayed at the party, and a number of others came up to wish Remi a happy birthday after seeing the post.

Mr Robins said ‘Remi was a little bit bewildered, if I’m honest. She had two friends there and then suddenly she had all these other people wishing her happy birthday’ 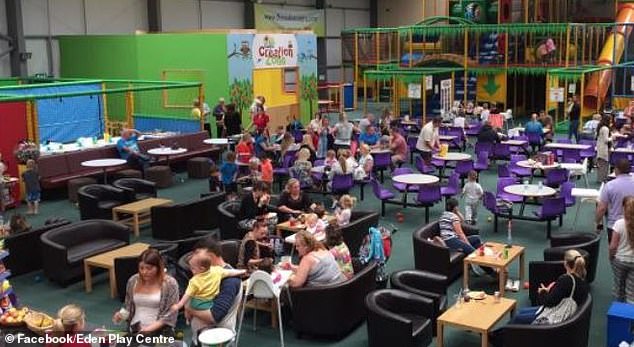 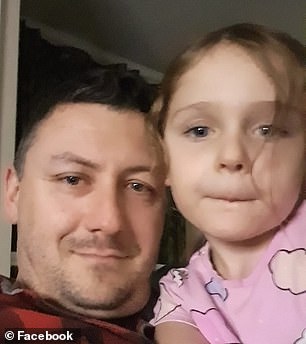 The post was shared more than 1,000 times and Mr Robins said he received around 60 messages from people who’d seen his appeal.

‘Remi was a little bit bewildered, if I’m honest,’ he said.

‘She had two friends there and then suddenly she had all these other people wishing her happy birthday.

‘She was just looking around like ‘what?’,’ he added with a laugh.

He said: ‘The response was truly overwhelming, and we’re still receiving messages from people in connection with the appeal, asking for our address so they can send cards, or drop in and meet Remi.

‘A lot of people have also reached out with their own stories of parenting children on the autistic spectrum, offering their support, playdates, and so on.’

‘The Eden Centre were fantastic as well, and their support was wonderful. I can’t praise them highly enough.’

He added: ‘Thank you to everybody who came down and brought their children.’