‘Get it picked up and f*** off!’: Furious farmer explodes with rage when he catches middle-class couple ‘fly-tipping’ two buckets of MUD

This video has divided opinion after a middle class couple were acused of fly-tipping and forced to clean up after they are confronted by a furious Scottish farmer.

The well-spoken and polite couple appear to have dumped two buckets of mud from their Volkswagen Tiguan at the farm in Midlothian.

But the landowner forces them to pick up their mess and place it in buckets, ranting: ‘Get it picked up and f*** off!’

The pair dutifully comply, apologising repeatedly while meekly reproaching the farmer for being ‘aggressive’.

Brothers Michael and John-Henry Orr who run a farm near Dalkeigh separately posted the same video to their Facebook pages on Sunday.

Michael wrote: ‘These people here are fly tipping in Midlothian.’

While the woman tries to explain herself, Michael interupts her by saying: ‘You’re quite happy to dump it which is wrong.’

Her bearded companion then says ‘we’re accepting of that’ to which Michael replies with: ‘Right well get it picked up and f*** off then.’ 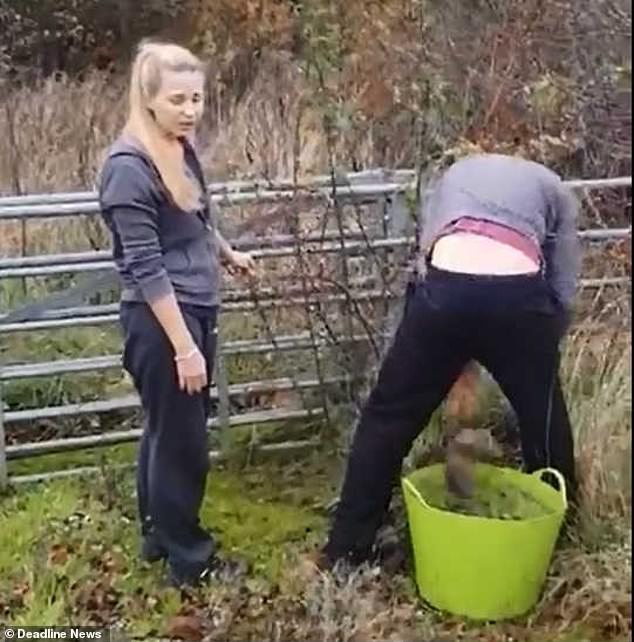 The woman is heard saying ‘Well we are, we don’t mean to upset you.’

The exchange continues to take place while the couple quickly collect their mud.

Michael says: ‘You know you are doing wrong anyway, when I caught you you were acting like wee kids that had been caught with matches weren’t you?’

He continues: ‘If you’s have got a problem with me phone the police and we’ll say what the police have to say about it. 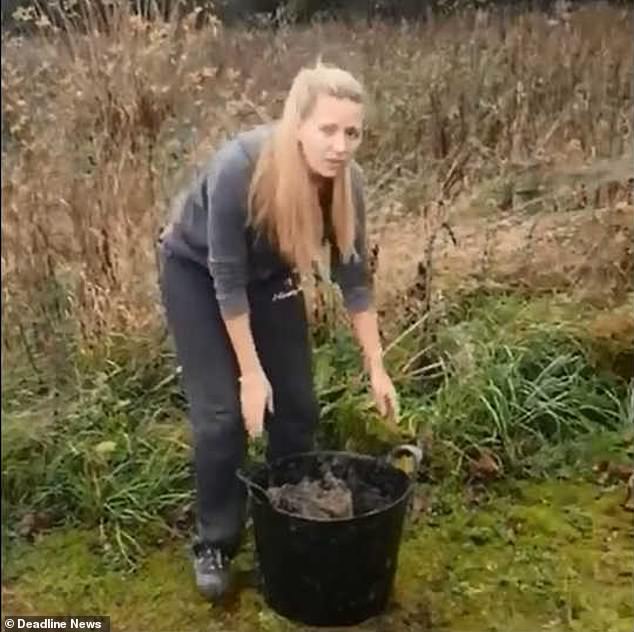 ‘You’re going to feel like right silly c***s when you see this online eh? I bet this will be the last time you fly tip anything.

‘You’re not being rude? You’re fly-tipping on someone else’s property that’s being rude is it not.’

He then continues to refuse their apology before goes back into his car.

John-Henry also uploaded the same video with the caption: ‘Excuse the language, but f*****s like this need to be embarrassed about fly tipping!’ 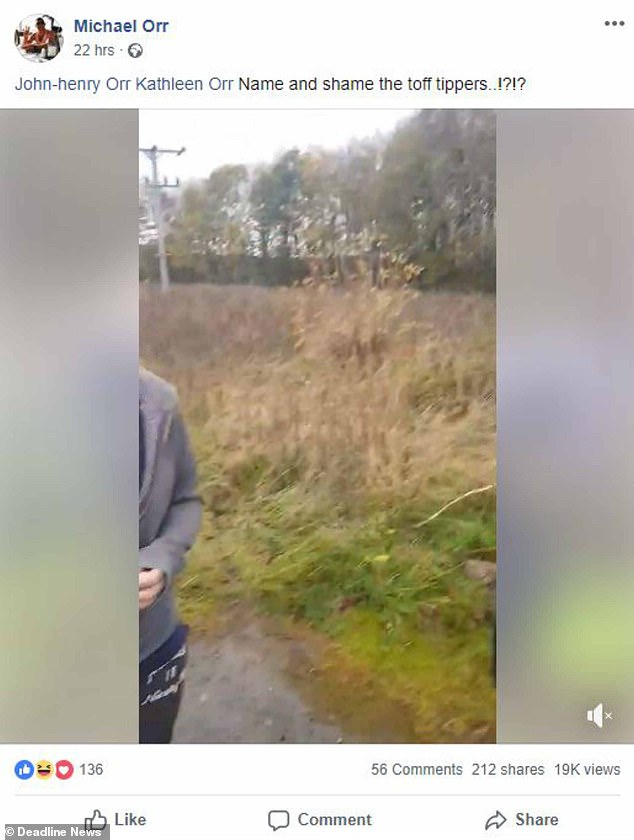 The video has a total number of over 40,000 views and attracted several comments from people supporting what the farmers had done.

Martin Gribbon said: ‘Well done for John-Henry and Michael for showing these types up.’

Jake Brown said: ‘Good man we all need to stand up to fly tipping p***** me right off.’

However, there were some who supported the couple.

Iain Wilson said: ‘It would be different if it was tyre and paper, but mud. It goes back into the ground.’

Mohammad Rasoulof’s “There is No Evil,” which is having its world premiere at the Berlinale on Feb. 28, has been sold by Films Boutique to…

Since Pete Davidson and Ariana Grande split more than a year ago, the comedian has acted like the ideal ex-boyfriend. Immediately following their fallout, Pete…